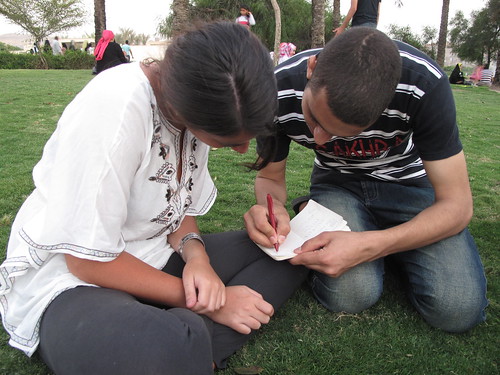 One of the exciting parts of traveling in a totally foreign place is hearing & seeing a new language. I’ve always been interested in linguistics, and though I’d love to be fluent in a foreign language I’ve yet to dedicate time or effort to that goal.

Arabic is a language unlike any other I’ve experienced to date. My ABC’s are useless here.

But that doesn’t mean I shy away from understanding a new alphabet or a new language. (Admittedly, I wasn’t the best at it, but I was going to pick up at least a few key phrases.) 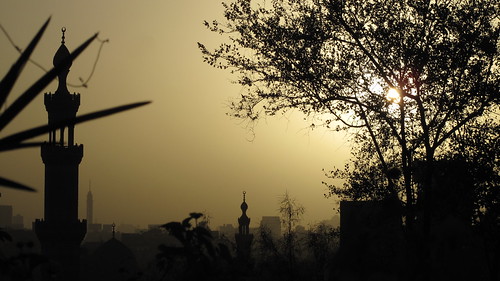 In Cairo one evening, my friends and I headed to Al Azhar Park (on a Twitter recommendation). Watching the sunset, we met some local Cairoenes who taught us a few choice Arabic letters and numbers. It was all together random & unexpected, and fun & interesting.

You can have any number of experiences while traveling. This is one of the most memorable ones. And now I’ve got a bunch of Arabic words & numbers scribbled into my notebook. Better than most souvenirs.

**Quick disclaimer: I’m not entirely sure that the Arabic in the title & intro are accurate. I’ve received multiple different translations and have just decided to go with Google’s translation for “wombat.”