What to do in New York: Broadway, Beer & Bauhaus in NYC 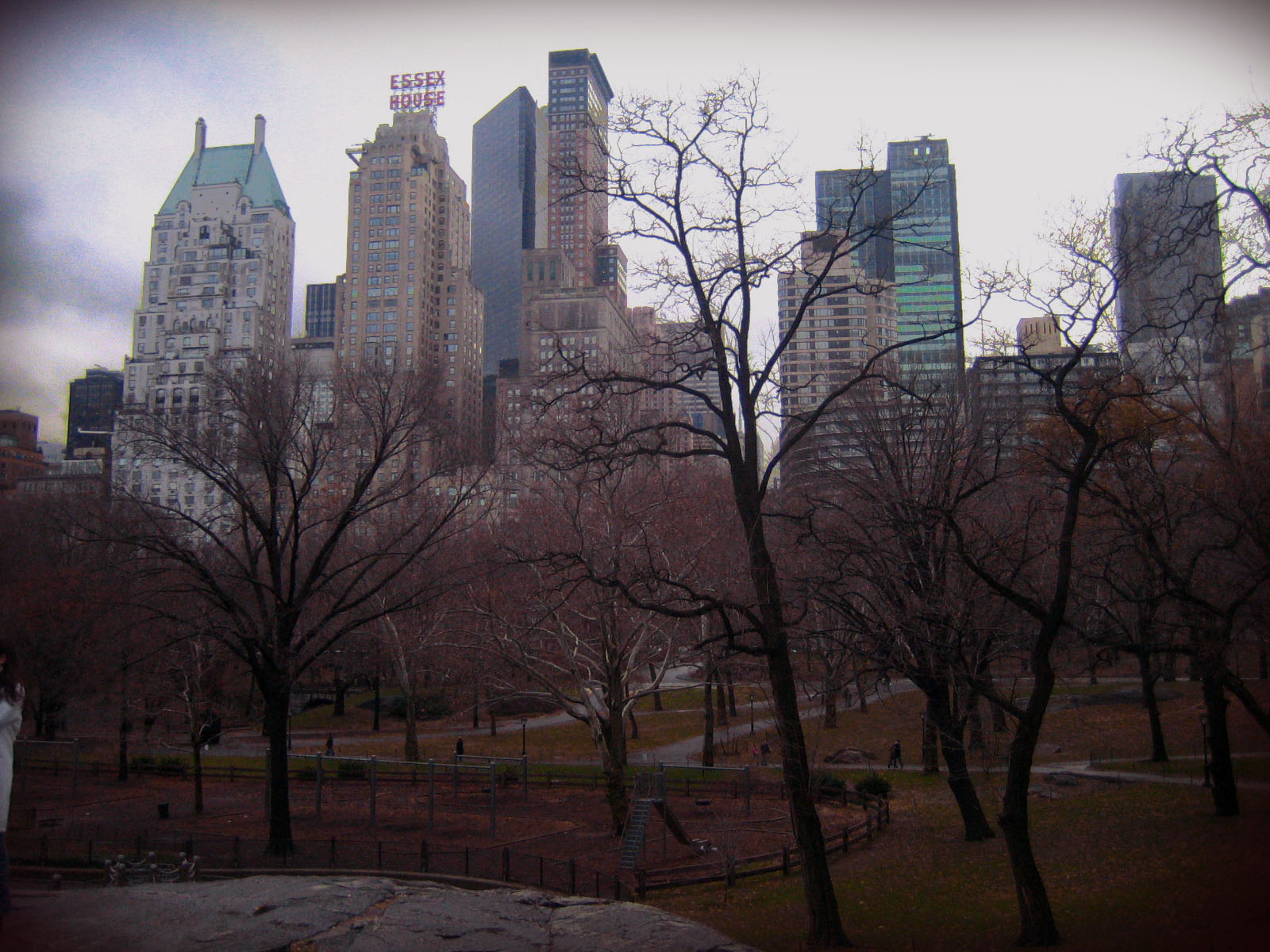 So, in case you haven’t been paying attention, my 25th birthday was last week. Part of celebrating involved a trip to New York City, of course. Because I was busy Friday night dancing my heart out at the Metric concert, I left for NYC on the 10:30am Bolt Bus. If you haven’t taken Bolt, I highly recommend it – free wifi! My 27 hours in NYC included a Broadway show, a beer bar and the MoMA. None of those things to do in New York were planned in advance, nor did I know where the weekend would take me. But as most things in New York City, stuff just happens organically.

Being a tourist doesn’t always have to be expensive.

Now, I knew I was only going to NYC for the single Saturday night and that I was meeting my friend Liz in the city, so I had to pack light. That would be: the clothes on my back, my camera, my glasses, a clean pair of socks and my iPod. This wasn’t the first time I’d travelled to NYC like this, so I was pretty comfortable with the idea of wearing dirty clothes and not showering on Sunday. The old Adam (from maybe nine months ago) would never have done this, but whatever—I’m going rogue. 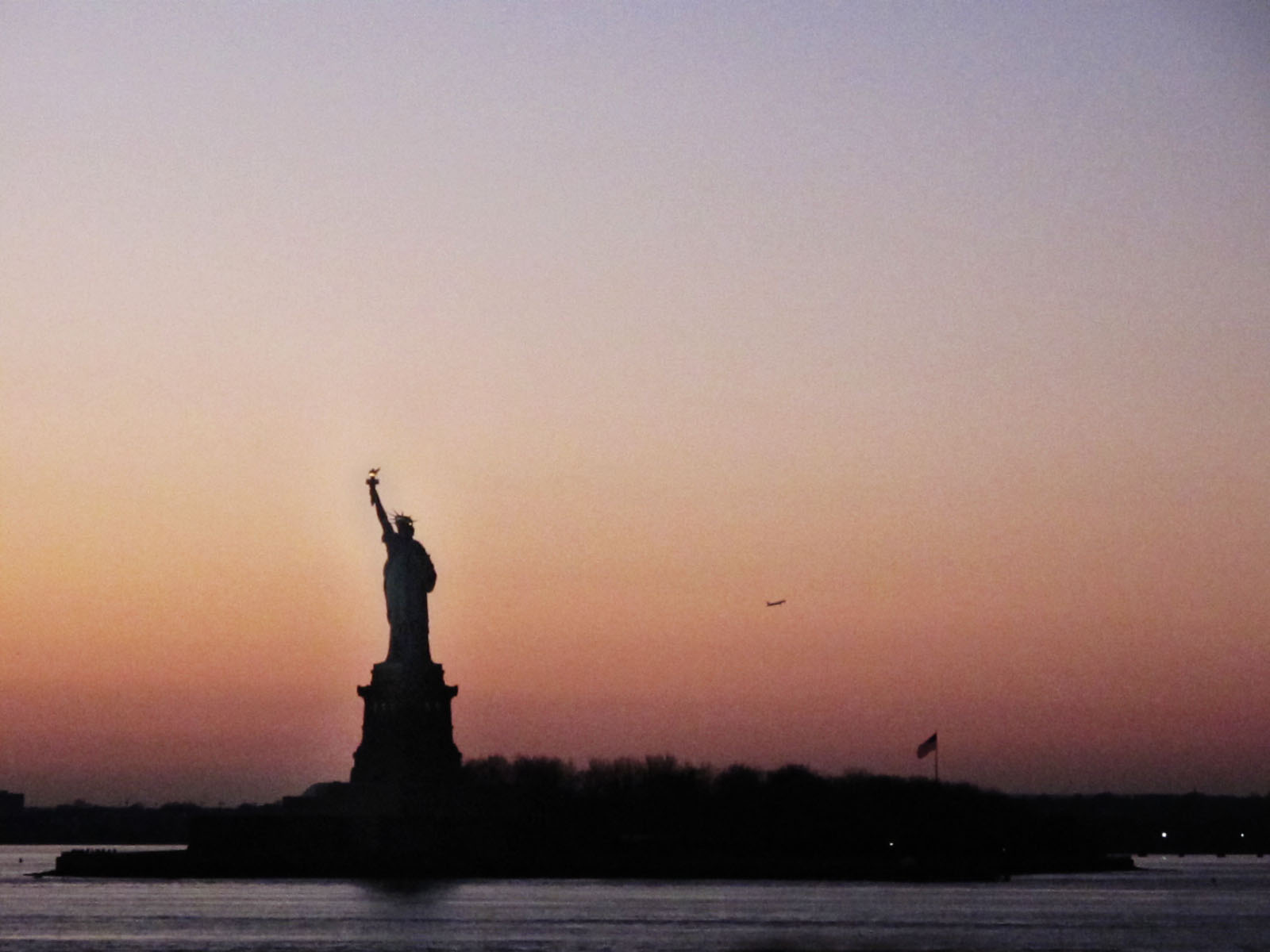 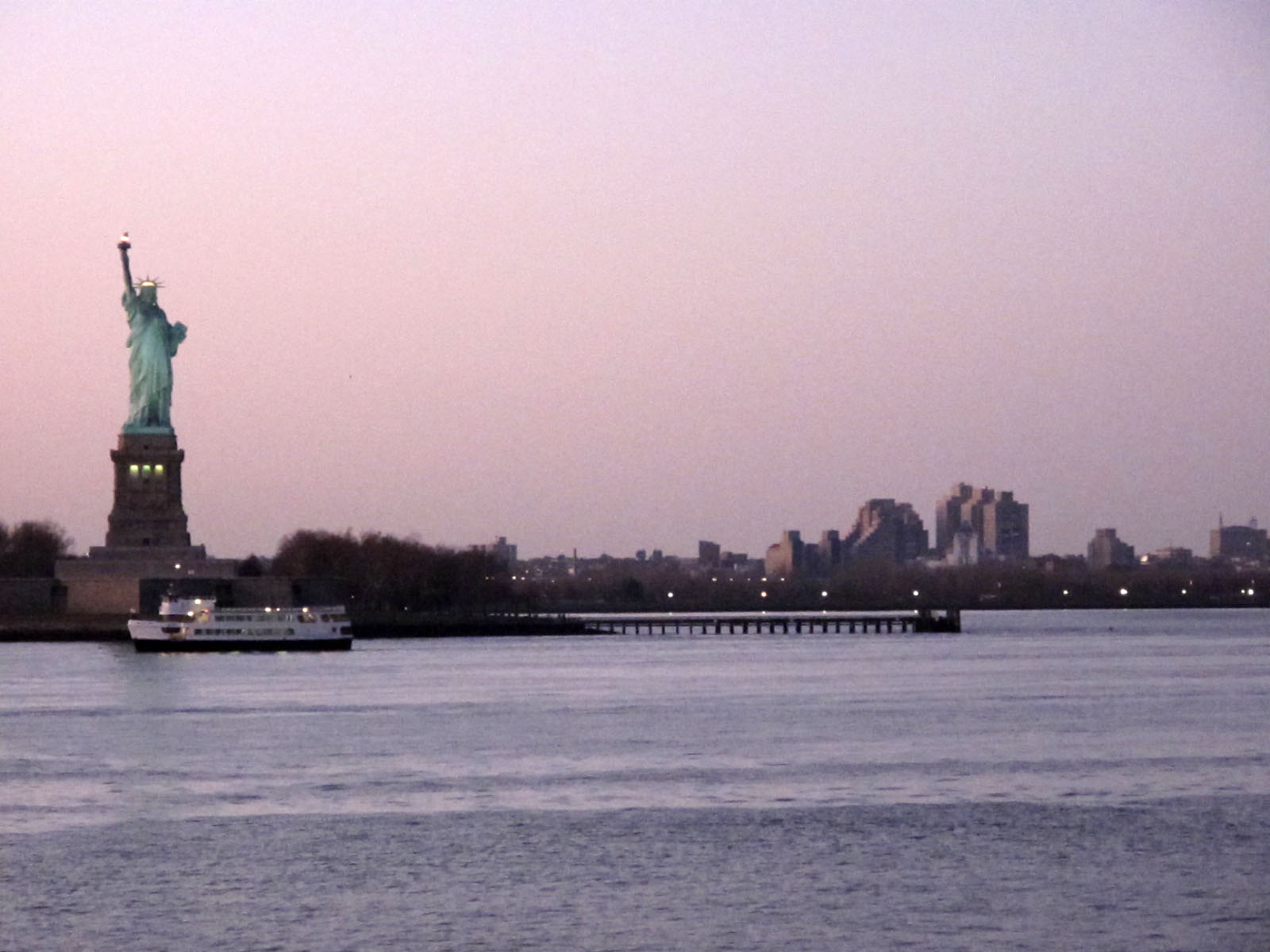 With little more than 24 hours in the city, we sure did a lot. First, we jumped on the subway and headed for the Staten Island Ferry for a FREE view of the Statue of Liberty. Touristy, but I hadn’t seen it in a while, so it was nice for a free boat cruise. It’s a great thing to do in New York if you’re looking for something touristy and on a budget. I recommend the Staten Island Ferry to just about everyone visiting New York City.

Broadway can be cheap, too.

After a brisk sunset tour on the Staten Island Ferry, we headed for Times Square where we put our names in for a lottery to win cheap ($26.50) tickets to the Broadway show Rock of Ages. Liz was pretty determined to win and with my birthday luck, we did! The show was a ton of fun—ushers hawking Coors Light down the aisles, old women in sequin bras dancing in their seats. New York City is awesome! Broadway is one of the many things people want to do when visiting New York, but I don’t think many tourists realize you can do it on the cheap!

After the show, Liz and I headed over to The Pony Bar to meet my friend Dan. They have an awesome beer selection. I drank this one called Empire (an IPA – my beer of choice) because of its logo, but it turned out to be delicious anyways. Didn’t doubt that for a second. Good design usually means something. As for bars in New York City, this was pretty yuppie. On plenty of other trips visiting New York, I’ve mostly been to bars in Brooklyn or the Lower East Side (in the area of St. Marks’ Place especially) so this was a bit of a break from my typical visits.

The MoMA is worth every penny! 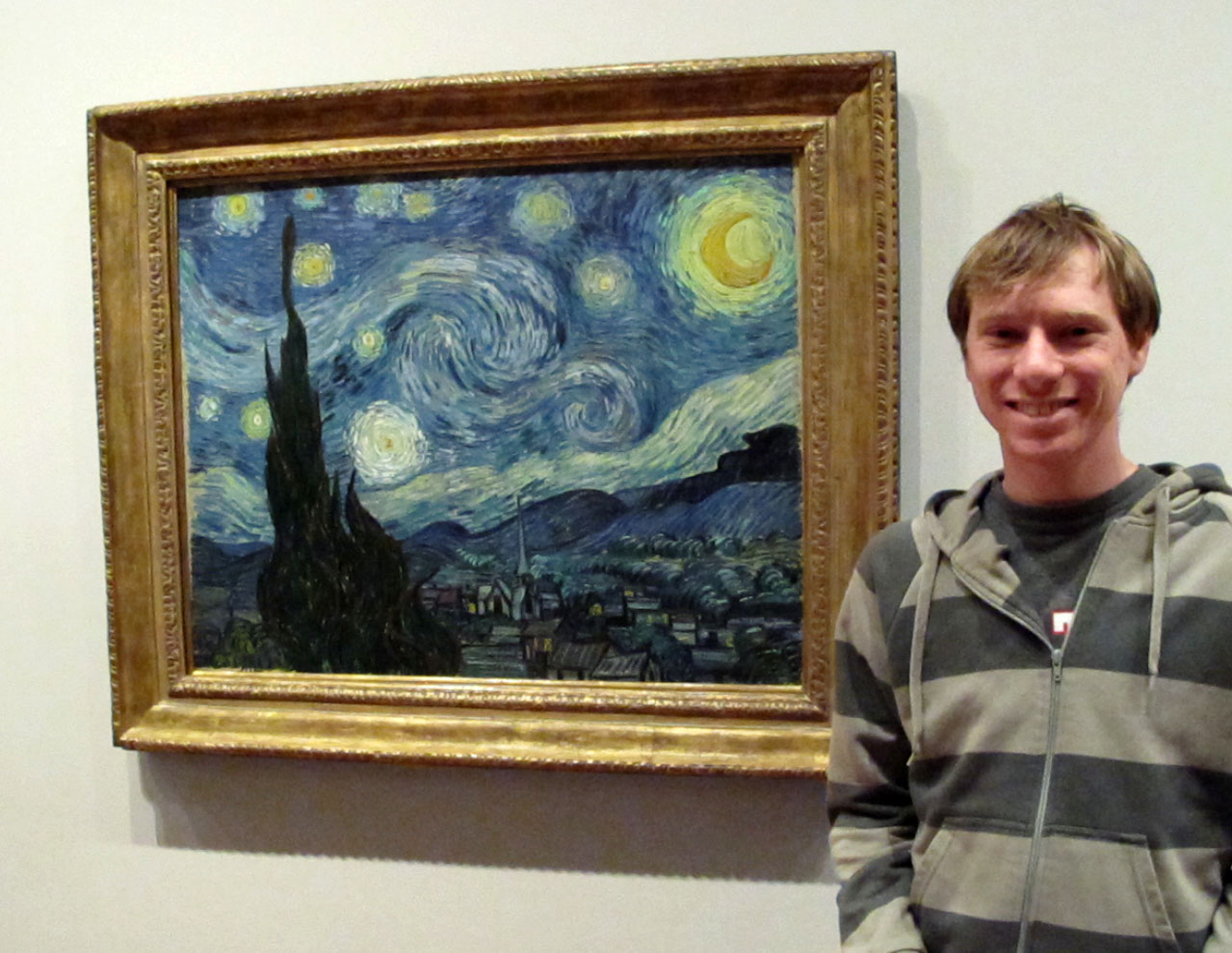 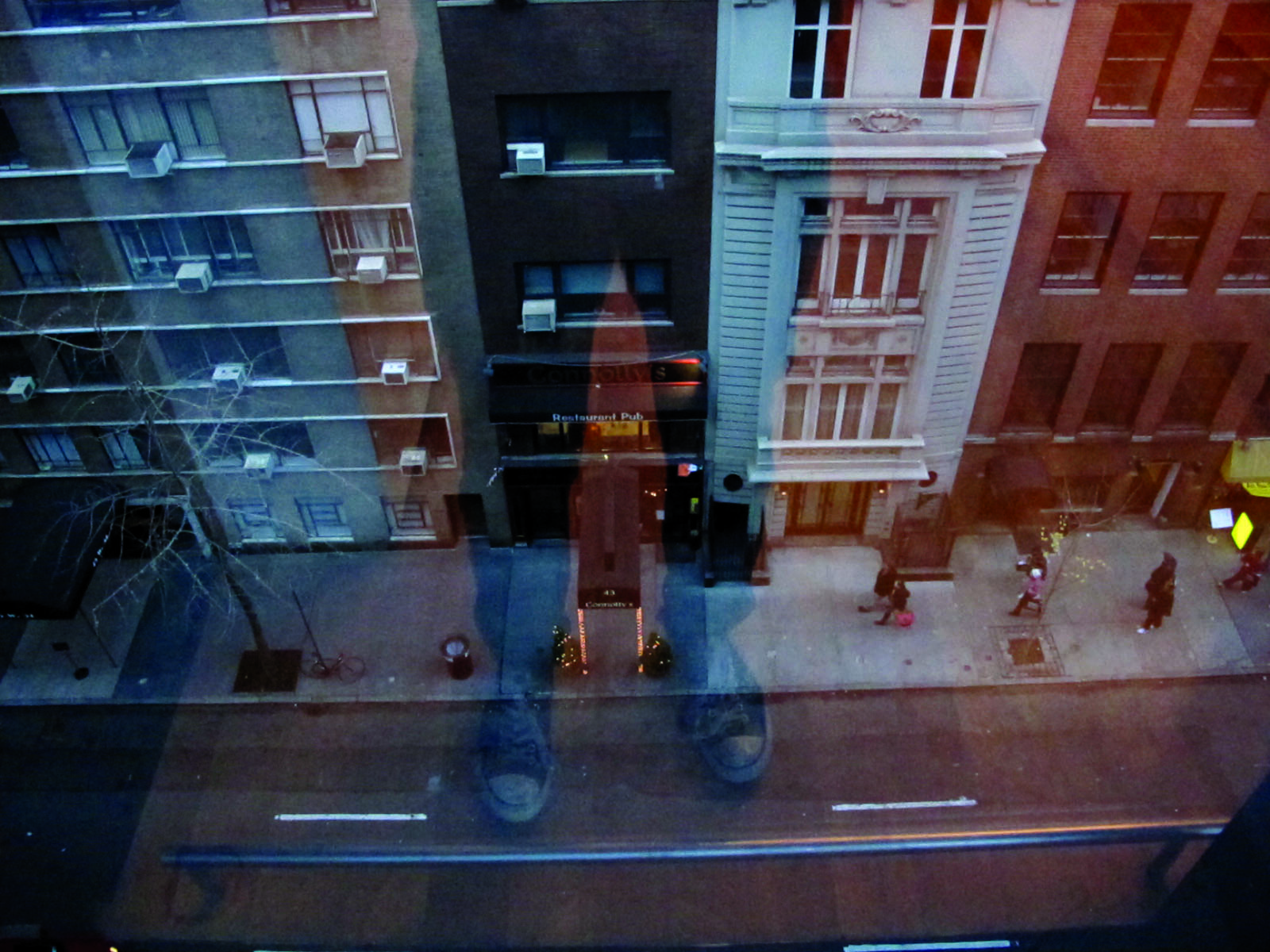 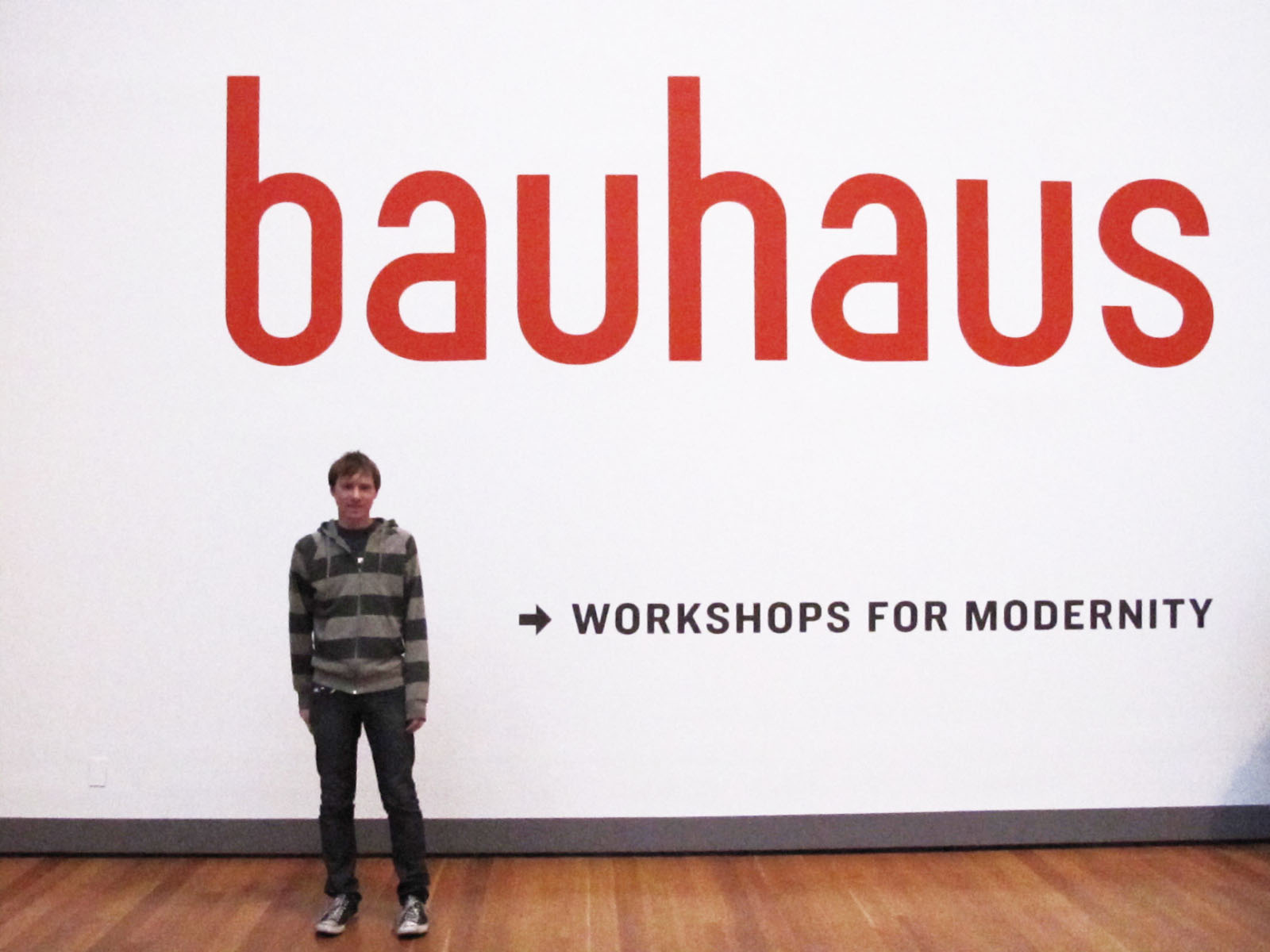 On Sunday, I wanted to see the Bauhaus 1919-1933: Workshops for Modernity exhibit at the MoMA. I had read a review of it in last week’s Economist, which I was pleasantly surprised to learn about. If you’re in New York City between now and January 25, 2010, definitely check it out. Also, there is a Tim Burton exhibit (which we couldn’t get into because it was so crowded) that looks to be amazing, so I’m going to try and head back there before April 22.

I can’t remember, but that trip to the MoMA may have been my very first. Can’t believe I had missed it in all the times I’ve visited New York! A quick 4-and-a-half hour trip back to Boston on the Chinatown bus, and I was back in Boston.

If you only had 24 hours in NYC with the clothes on your back, what would be your must-sees? Everyone always makes a “to do” list when visiting New York, but I was pretty happy to visit with very little plans. While I was there just for fun on this trip to NYC, there were plenty of other times I visited when I was looking for a job in the city. So, what will you do in New York on your next visit? Fancy a free tourist boat trip, cheap beer or some of the world’s most amazing art? New York has almost everything!