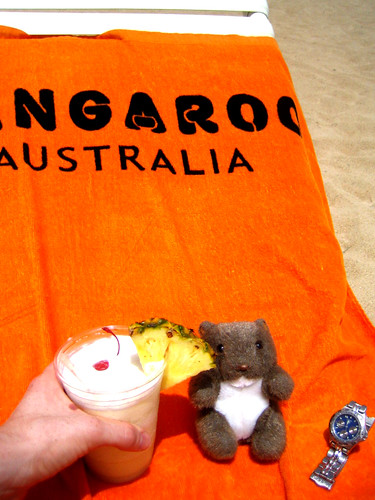 Australia’s been on my mind. And though this photo wasn’t taken in Australia, it sure reminds me of it. I went to Paddy’s Market at least a few times a month for various things I needed while studying in Sydney. Such as this beach towel. Which I desperately needed. (Not really.) Also: coincidentally, I’ve been using this towel as my bath towel the past few days because I haven’t done laundry.

I really should do some laundry. Or maybe drink a piña colada.