Wombat Wednesday: On the Train 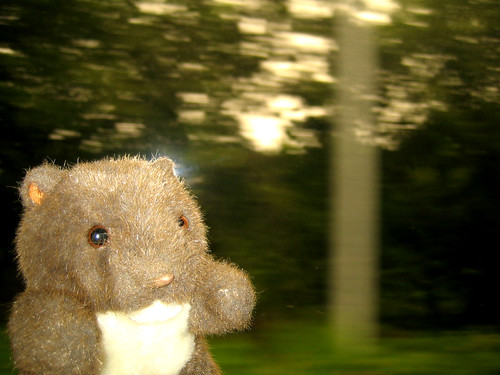 Wombats are normally a pretty soporific & sleepy species. Mr. Wombat, however, couldn’t be further from that stereotype. He lives for adventure. Trust me, he’s had some pretty rough points in his life. Oh just you wait!

Anyways, I have to reign in his rebel attitude sometimes, so one weekend that my sister Emily was in town, we dragged him to my Grandma’s house for a quiet weekend out of the city. Lucky for him, we took an Amtrak train out of Boston’s South Station straight for Old Saybrook, CT. It was his (and my sister’s!) first U.S. train-ride!

Needless to say, the ride was uneventful. Nothing compared to the Maglev trains in other parts of the world. (Hey—something to add on my list of things to see around the world!) But still, it was a nice ride and if I could afford it, I’d definitely prefer taking Amtrak to NYC rather than the bus. Not to mention Amtrak is putting FREE wifi on its trains. Woohoo!