Haifa, Israel: Things to do on Masada Street

A lame attempt as part of the Hipsters Around the World series on travelsofadam.com. 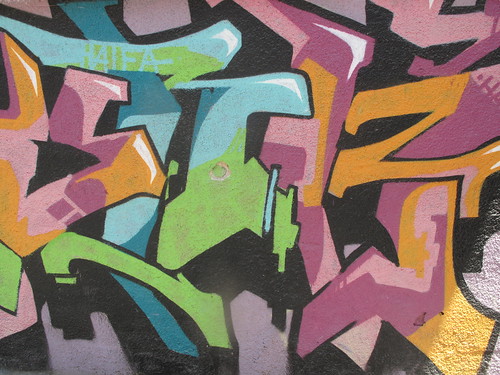 Haifa is Israel’s 3rd (or maybe 4th…I’m not sure) largest city. (Actually, defining an Israeli’s city size is a complicated, political affair—one I don’t really want to get into.) Well, whatever. It’s a big city and it’s in northern Israel along the Mediterranean Coast. Not really a major tourist city, there were no hostels to be found, but luckily it’s big on CouchSurfing.

When I told people I was going to Haifa for the weekend, many Israelis said “Why?” I was leaving Jerusalem where I’d had my share of sightseeing. Jerusalem serves as a gateway to a lot of politically interesting places to visit in Israel and the Middle East, whether Ramallah in the West Bank or many tourist sites in the surrounding area.

Haifa, Israel doesn’t have quite as much to do as a big Israel city like East Jerusalem, but it’s regarded as a bit of a nice city to visit in Israel. I wanted to visit the Baha’i Gardens which is a UNESCO World Heritage Site (I think?). You can tell this post was well-researched, can’t you?

So, my CouchSurfing host was kind enough to provide some good travel tips for Haifa, Israel’s (third?) most popular city for tourism. Haifa turned out to be a rather enjoyable city and it actually seemed pretty cool. A lot of cafes and trendy shops—on a much smaller scale than Tel Aviv, but cool nonetheless. Plus it’s on the side of a mountain (or a really big hill). That makes for walking around the city rather difficult, but the buses were easy to manage and, bonus!, the city has the world’s shortest subway system! (More on that next week. Or sometime. I think it’s disputed, anyways.)

My CouchSurfing host recommended I check out Masada Street—possibly the most interesting thing to do in Haifa, Israel. Street art galore! Apparently there are random street parties with live music and hippies dancing in the street sometimes. I didn’t see it, but I’d believe it. Masada Street was really cool…the perfect place for alternative culture and alt things to do in a very “business” minded Israel city! That’s compared to Jerusalem with all the crazies and Tel Aviv with all the parties.

So what’s to do on Masada Street? A used bookshop, vintage clothing, upscale/independent trendy clothing, bars & cafes—all necessities for a hipster. And on a street that’s just 500 meters! (Disclosure: I made that number up.)

Anyways, the most interesting part of this tiny sliver of Haifa is the STREET ART: 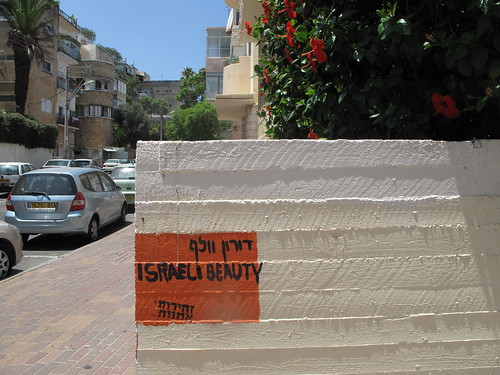 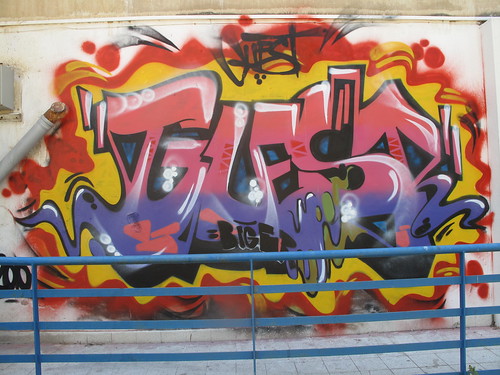 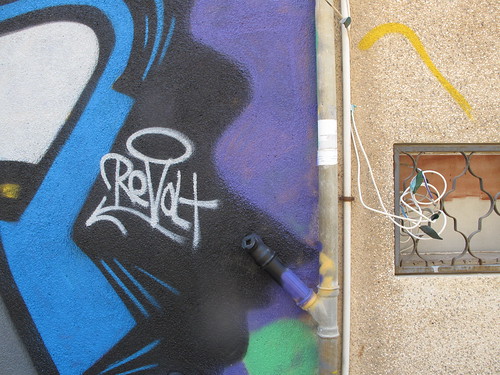 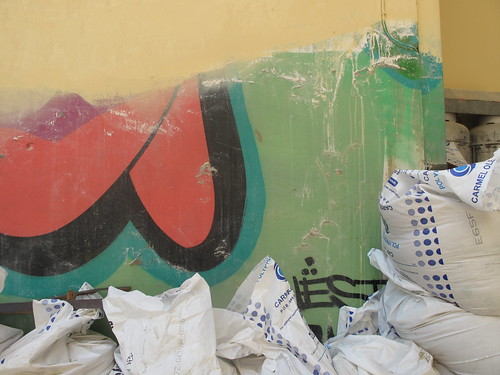 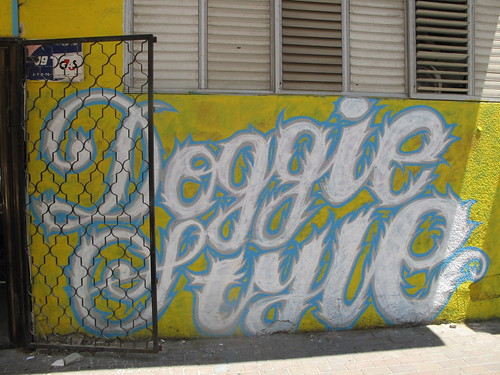 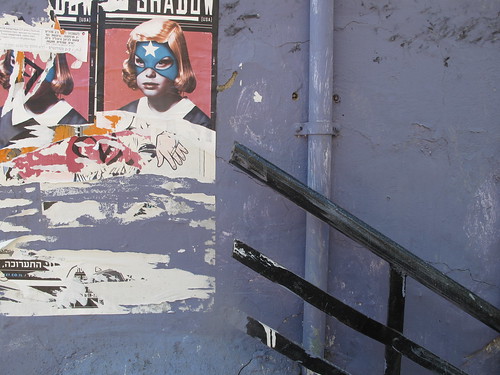 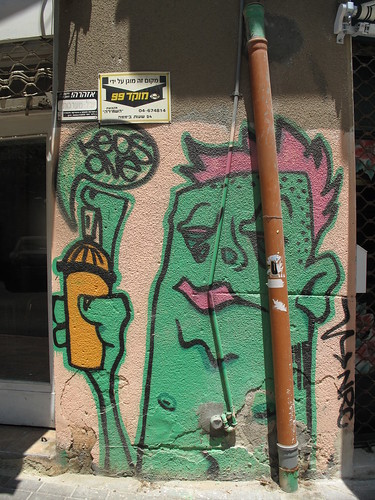 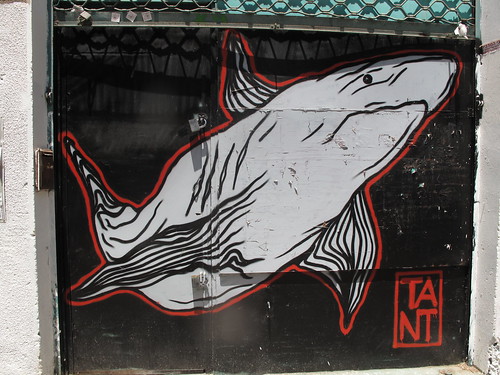 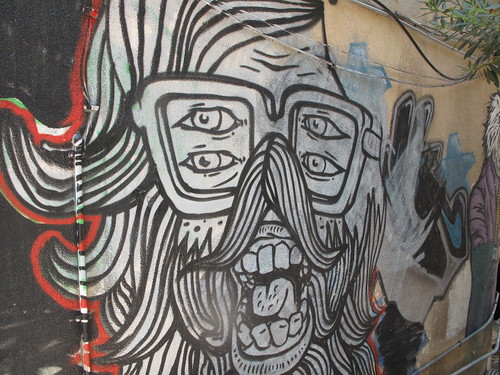 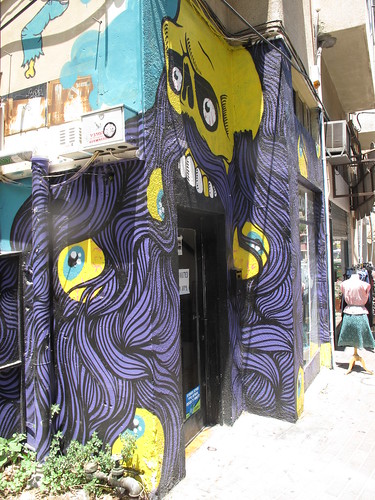