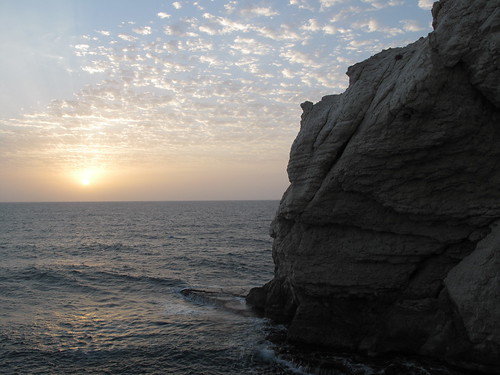 At the very northern tip of Israel, on the border with Lebanon, is a strange geologic formation. Rosh Hanikra (“head of the grottoes”) is an area where white chalk cliffs meet the Mediterranean Sea. Many grottoes (or caverns) have formed throughout the picturesque cliffs because of the constant battering by the sea.

The tourist location is advertised as the place of “a love story between the sea and the mountain.” A cable car takes you down from the top of the mountain to where the grottoes are. A short video gives you a strange history and description of the region. The British ordered a tunnel to be blashed through the mountain for a rail line connecting Cairo with Istanbul—linking the Allied troops during the war.

In 1948 the railway bridge between the tunnels was destroyed to disconnect the British Mandate of Palestine from Lebanon. 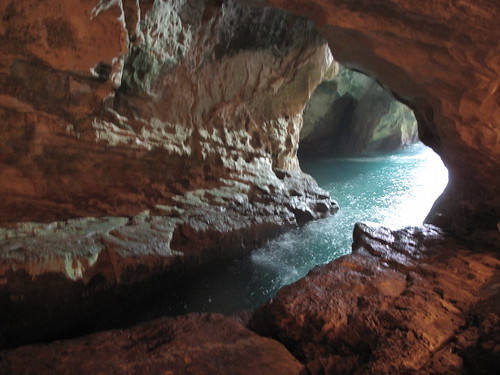 With the water-formed grottoes and the blasted tunnel, the location along the sea is a relaxing & romantic stop—especially at sunset. 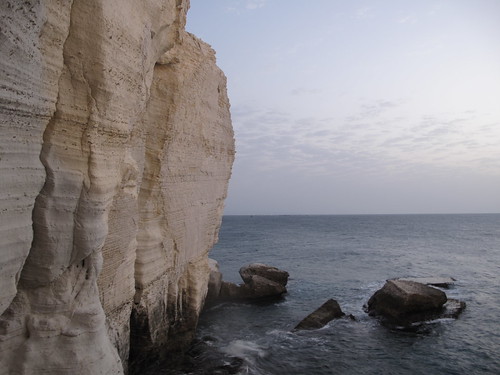