When I originally planned my trip around the world, the original intent was to end up in Australia with the typical traveler plan of getting a work-holiday visa and finding a job (preferably not on a farm) somewhere in Australia. Now that I’ve been abroad traveling for over a year, I don’t really know where I want to go from here. 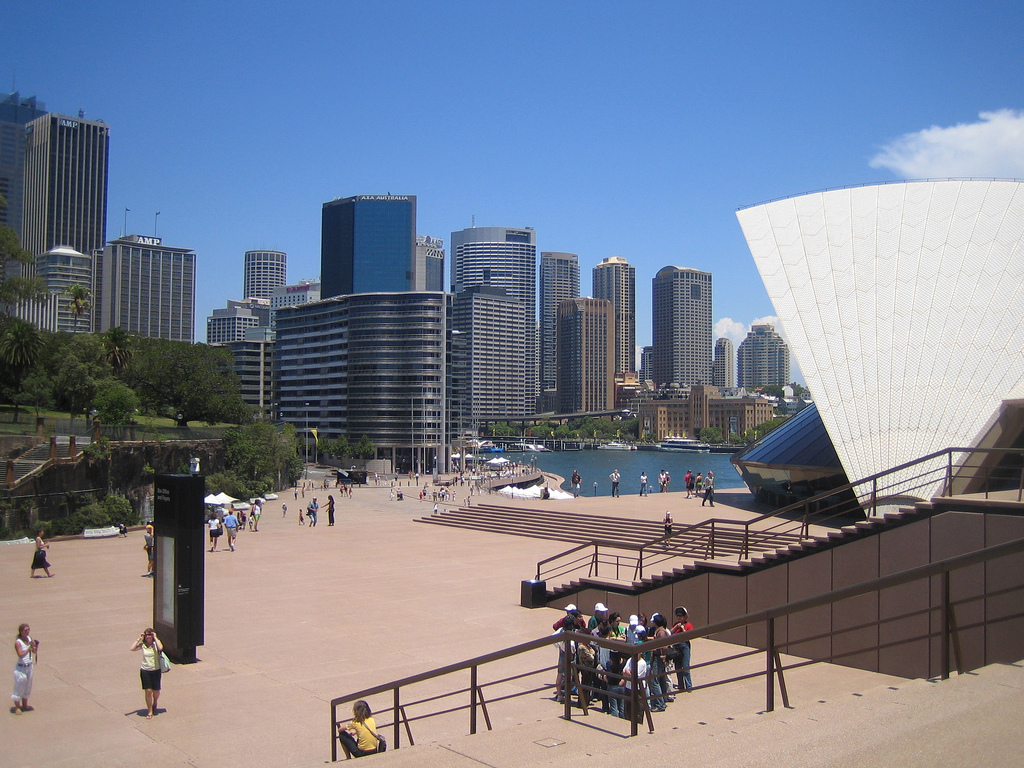 Sydney is still on my mind. When I first went to Australia in 2006, it was the first time I lived abroad. (Yes, I was just studying abroad, but still, it was my first solo experience in a foreign country.) Because it was a bit of a milestone in my life, I’d love to go back. To see how the city differs from my memory, but also to give myself a different taste of life in Sydney.

Maybe if I returned, I’d stay in a posh hotel near Circular Quay one night. Sure, it would blow my budget, but if I wanted to get a different feel for the city, what better way than on a very different budget?

Sydney hotels don’t have quite the reputation abroad as say the mega 5-star ones in Dubai, or the Taj in Mumbai, or those in downtown NYC. But, in my mind, that’s the brilliance of a city like Sydney. It’s a big city with all those international amenities, just on a much more casual scale. It’s a much less intimidating city than many of the big ones across the world. You could stay at a hotel near The Rocks and be within walking distance of Circular Quay and all those posh downtown clubs & bars, but still in a very down-to-earth neighborhood. And still have pancakes for dinner.

Though Sydney is still on my mind, it’s no longer on my itinerary. I need somewhere to go beginning mid-June, and I just don’t want to fly to Sydney in the middle of their winter. I’m not yet prepared (with the proper clothing…and mentally) for cold weather again. So, while I skip over Sydney again on this trip, I’m a bit in the dark. I don’t know where I’ll go yet, but wherever it is, it’ll probably be summertime.