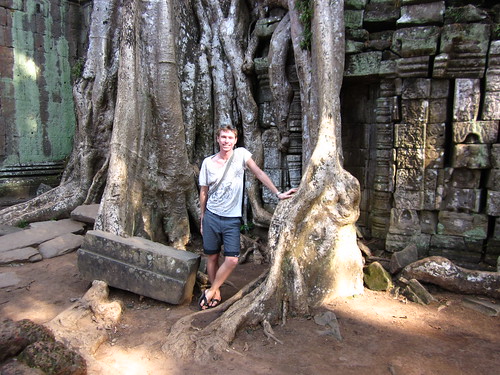 I’ve been on my RTW travels for one year already. I’ve done a lot of things and seen a lot of places and truly feel that I’ve got a bit of “travel cred” under my belt now. So I figured I’d share some of the things I’ve learned.

Well, the one thing that I learned about long-term, RTW (round-the-world) travel is that everyone is full of crap. Most people know this already, but still, it helps to say it out loud every once in a while.

I read a lot of books about long-term travel before I left, and the only one I can honestly recommend is Rolf Pott’s Vagabonding. It’s been a while since I’ve looked at it, but it’s so much less than a guidebook and more like a book on life, or philosophy, or living. You don’t even need to be a traveler (or too terribly interested in travel) to truly enjoy it, in my opinion.

Anyways, before I left I read all these books and blogs. And everyone has suggestions and travel tips, including myself. I’ve shared plenty of my own. But really, the biggest thing I’ve learned is that it doesn’t much matter. I’ve gone ahead and traveled how I wanted to, and I’ve been just fine. If you read my previous post on my thoughts from one year abroad, you’d learn that I have not had anything stolen; I haven’t been maimed, injured, kidnapped or held hostage.

So, with all due respect to travel writers, bloggers & guidebook publishers, here’s the list of all the travel rules I haven’t followed:

From the list above I may seem irresponsible, or that I haven’t been concerned about my safety or those of my personal possessions. In fact, I’ve actually been quite careful, and perhaps—lucky. But there have been so many times where I’ve felt so safe and unconcerned in a situation, that I’ve trusted my instincts and come away just fine. There have been times where I felt uncomfortable or didn’t trust someone or a situation, and in those times, I just removed myself from the scenario. Ultimately, it’s the decisions we make which affect our travel experiences. So when in a  situation I don’t like, I just find another way. But way more often than not, I’m in situations that feel quite comfortable and easy.