Three weeks from today...I'll be back in America 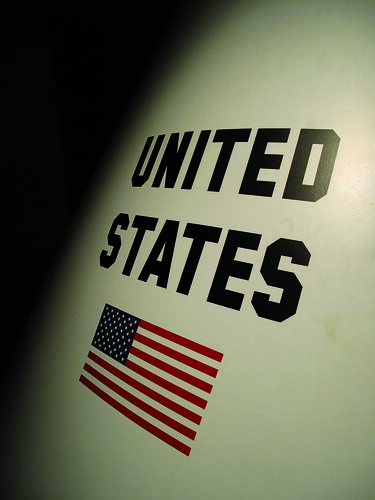 Well, the time had to come at some point.

Three weeks from today I’ll be back in America. The last time I had my feet on American soil was in May 2010—nearly 18 full months out of the country. It’s without a doubt the longest time I’ve been away from “home” and I’m excited to be going back.

But don’t get too excited yet, America. It’s just for a two week holiday. I’ll be flying from Berlin to Dallas, Texas to see my family. While I have two weeks in the country before returning to Germany, I’m not entirely sure where else I’ll be visiting just yet. It’s not really a homecoming of sorts, but more like a vacation.

Last summer when I was beginning to put together some plans for my future, I didn’t really have an idea of where or what I’d be doing. When I was in Vietnam looking for last-minute flights to just about anywhere (seriously, anywhere), I could’ve ended up on just about any continent.
When in Asia, I checked flights to random South American cities, to Guatemala, and to places a little bit closer as well. In the end, I ended up on a flight to Europe. It was supposed to be a transitory period until my return to America. But, as you’re probably aware…plans can change. Fast forward nearly six months later and I’m still in Europe. Most of those six months spent just here, living in Berlin.

What will I do in America?

Well, for one, I’ll be eating a lot of turkey. Since deciding to apply for a visa that would allow me to stay in Germany for longer than a tourist, I’ve known for a while that I’d be going home for one of the holidays this year—and it’d just be too hard to miss yet another Thanksgiving. Last year I was in Delhi, India for the holiday. It was nice and all, but it’ll be even nicer to see my family and friends again.

With two weeks in America I’m not sure where or what else I’ll be up to besides turkey-eating and (possibly) buying an iPhone. I seem to remember it’s a rather large country. And with friends scattered across the continent (from Boston to Seattle) and my family in even more distant places, I really have no clue how much I’ll be able to do. But I’m fairly certain I won’t go this long (18 months) without being in America again. So if I miss you this time around, don’t fret too much—I’ll be back.