This past Friday night I went to the Rock Fashion Night, one of the events from Berlin’s Fashion Week. Basically it was a bunch of hipsters and sexy indie folks glammed up watching relatively attractive models who sported tattoos and odd facial expressions as they walked down a catwalk during two rock band’s performances. Oh yeah, and at one point they climbed a ladder and just kind of stared into space. Fun? Genau. (translation: helll yeah)

The Rock Fashion Night party was open to the public, like a lot of the Berlin Fashion Week events, though I’m not entirely certain this event was technically even part of Fashion Week. But like everything else in Berlin, who cares? The people were unpretentious though everyone looked like they’d tried to especially pull of the “rocker chic” look. I myself decked out in my most amazing clothes—an assortment of articles all from this little-known designer no one has probably heard of Hennes & Mauritz. But seriously, the folks inside and in the crowd were friendly AND fun. Slightly different from the last time I went to a guest-list/VIP/concert/social event in Berlin (David Guetta at Spindler & Klatt). 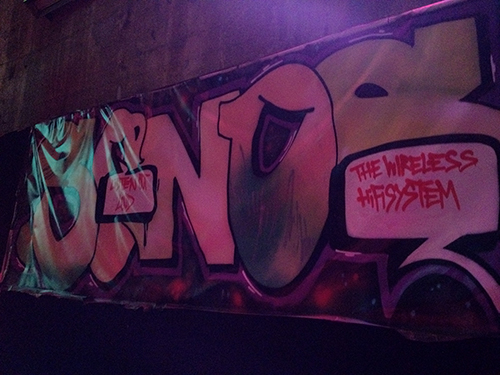 Some Sonos graffiti on the wall near the stage. Apparently their sound systems are actually quite good, too. 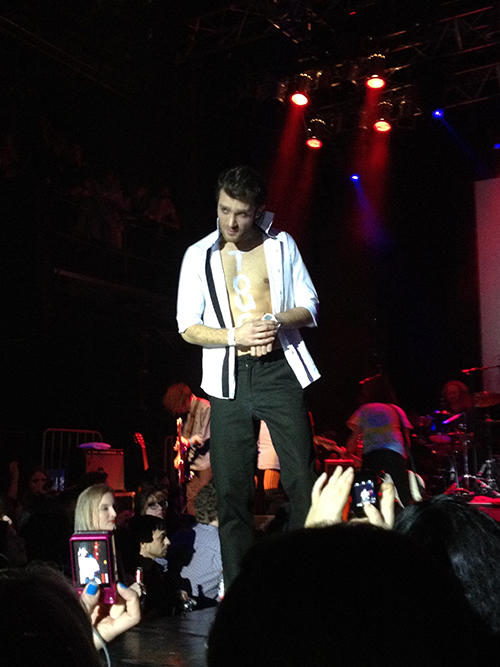 Helloooooo. During one of the models’ walks they all came down with the word “Touch” written on their bodies. He’s showing off his Swatch watch (one of the night’s sponsors). 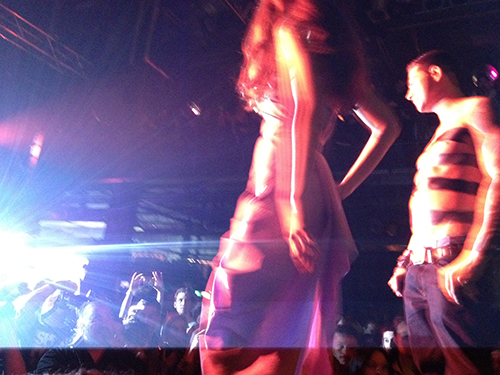 This just screams “fashion event” no? 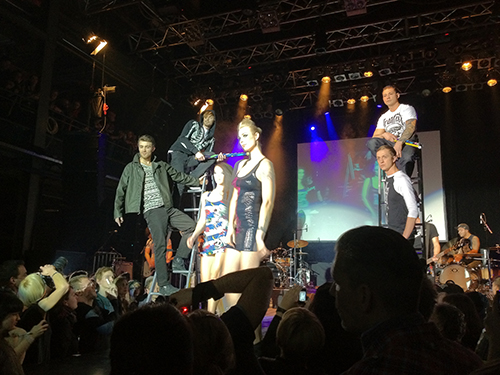 Here are the models on ladders. 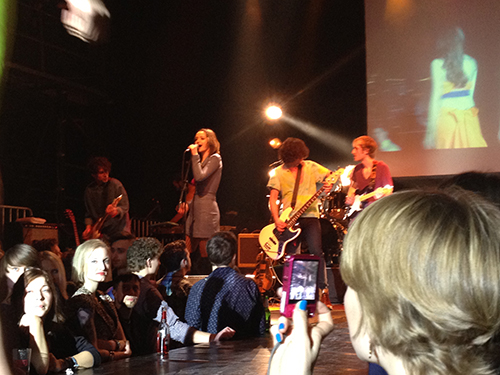 This band was cute. 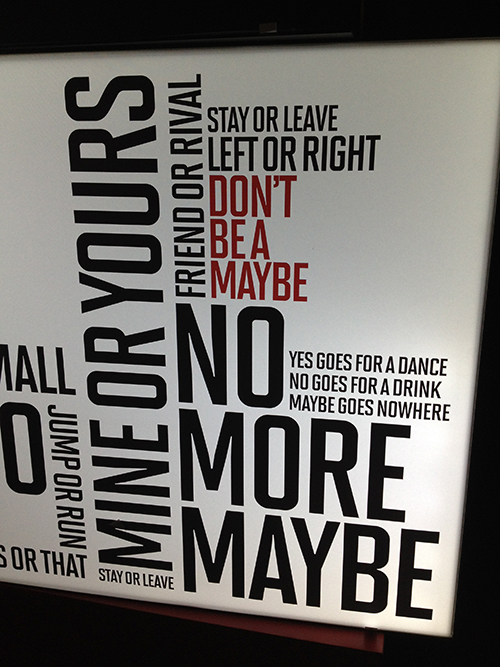 Marlboro was at the Rock Fashion Night with their typical swag. I won’t lie that their recent ad campaign is pretty awesome. Except that it’s for a tobacco company so that’s unfortunate.

Pretty colors? Except the fabric looks like it was cut with a pair of scissors. Focus was on the Swatch watches, tho.

(thanks to Sonos & my friend Gilly for the invite)

ps  – sorry about the quality of the photos. i was taking shots on my iphone with one beer in my hand during most of the night.