Schmalkalden, Germany—ever heard of it? Probably not. Honestly I don’t even know how to pronounce it. I was visiting this central German town (seriously, look at a map—it’s dead center) on part of a chocolate & candy tour through Germany. Schmalkalden is in a kind of random part of Germany but the small town (population is around 20,000) has an incredibly scenic downtown. Old buildings and the whole town surrounded by forested mountains on all sides. Picturesque to say the least!

I was in Schmalkalden visiting the Viba Nougat factory. Germans love their nougat candies and this company, Viba, has been around since 1893 selling German-style nougat and pralines. In February the company is planning to open up an entire museum & learning center solely about nougat. For reals. I had a small preview of the new complex and I have to say it looks like an impressive undertaking. But, like I said, Germans really do love their nougat candy.

While I was visiting Schmalkalden to learn a little bit about German nougat I also enjoyed a delicious meal of authentic Thuringian style German food (think meat & dumplings), some glühwein from the Christmas market (that’s Weihnichtsmarkt in German) and a nice walk through the downtown square for some quality picture-taking.

What did I learn about German nougat?

Well, besides the fact that Germans seem to love it (and take a certain pride in their version which differs from other styles), I learned German nougat is actually delicious! German-style nougat is almost entirely made of hazelnuts, while other styles of nougat may use other nuts such as almonds or sometimes walnuts). Viba produces traditional German-style nougat but in 40 different nougat flavors. It’s a smooth chocolate candy and feels very light when you eat it—which is probably a good thing for the candy-makers but less good for your tummy which could fill up pretty easily. Yes, I just used the word “tummy.”

On my December tour through Germany to check out several of these candy & chocolate factories I don’t think I stayed in quite as picturesque of a town as Schmalkalden. I snapped more pics in the city’s old town center than almost anywhere else. I’ve spent so long (MONTHS) living in Berlin, I’ve kind of gotten used to boring architecture and crumbling buildings. I’d almost forgotten I was living in Europe! Schmalkalden really has that old, Medieval feeling. It helps that they’ve got a Gothic church and a history that dates back to the 1st century. FIRST CENTURY! Seriously. I’d almost forgotten I’m living in Europe. 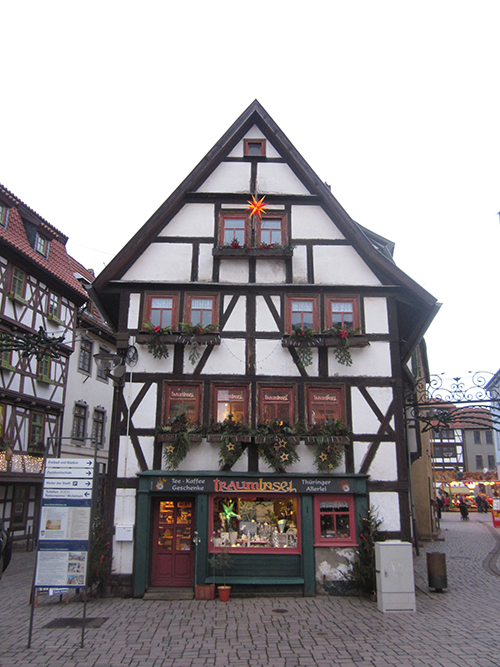 Is this building for real?! 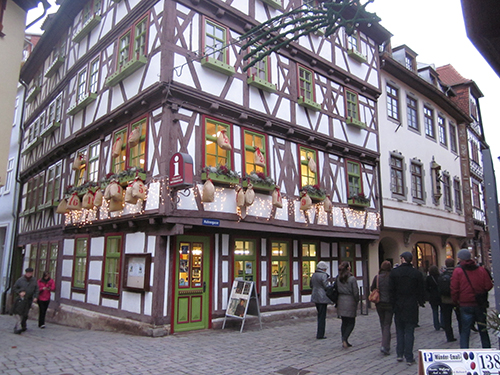 This building on the corner is the Schmalkalden Tourist office… 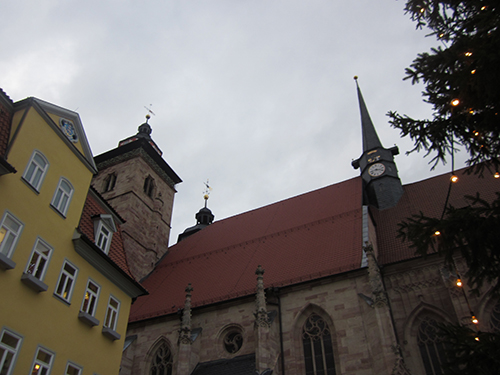 While most of the buildings were in the old Tudor style (I think that’s what that was? but that doesn’t make sense because this is Germany not England) 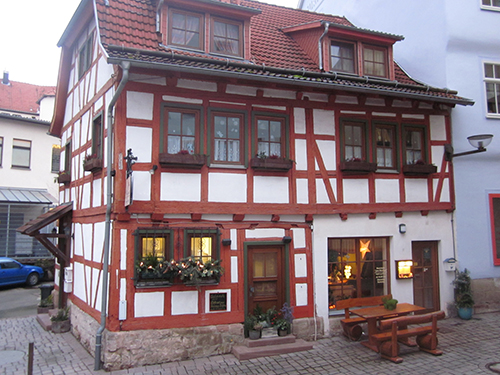 This building looks like a toy. But I swear it’s real. That table and bench out front is AMAZING. 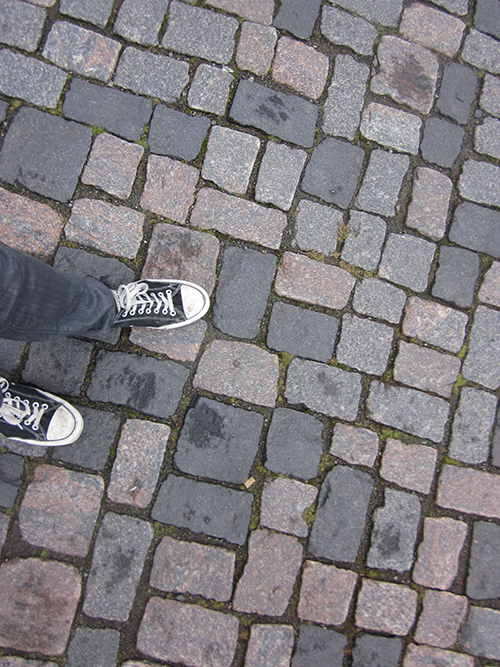 And we’ll end with the quintessential shot of my Converse sneakers. Oh yes. Converse on cobblestone.

How to get to Schmalkalden, Germany

If you’ve found flights to Hanover, Berlin or Frankfurt, it’s not a problem to get to Schmalkalden. Because of the city’s location in central Germany, the city isn’t more than a 3 or 4 hour drive from most cities.

__
My trip to visit Schmalkalden was in partnership with German Sweets & the German Ministry of Food, Agriculture & Consumer Protection