Why I wanted to visit Petra a second time 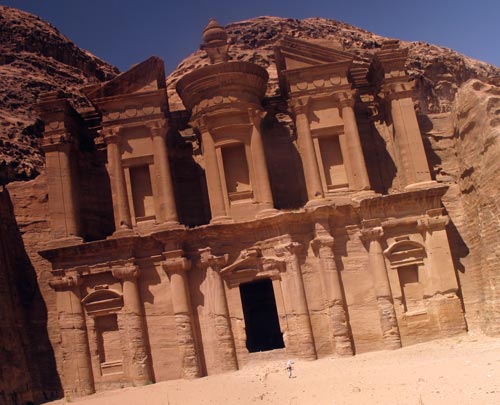 Back in December I visited Jordan for the second time. I’d been to Petra the year before (read about my first visit to Petra here) but when I had won a Christmas travel contest with On The Go Tours, I chose to go back to Jordan rather than one of the other destinations. Why? To see more of Jordan than I’d seen before, but also to visit Petra for a second time.

You see, the first time I visited Petra, I enjoyed it and was generally impressed. But there was something missing. The site is BIG beyond belief and because I was traveling with a small caravan of friends I’d made at the red sea “resort” of Dahab, we covered a lot of ground in just a little time. It was also near the beginning of my RTW trip so my impressions of Petra were lost among a million other UNESCO and other culturally important tourist sites. By the time I was backpacking through India, and eventually Southeast Asia, my memory of Petra was rather dim. I simply remembered how much fun my travel companions had been, and my opinion of Petra was “uncomfortable, hot, exhausting and expensive.” After 19 months traveling around the world, settling in Berlin and coming home to America, I was curious to test my old opinion of Petra…and of Jordan. 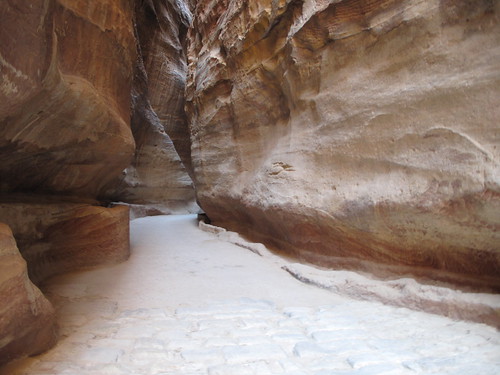 My first impression of Jordan

I first arrived in Jordan about three months into my RTW travels (July 2010). After spending a month in Egypt and a week of snorkeling and doing nothing in Dahab (one of my favorite beach towns in the whole world), I joined up with a group of eight or so other backpackers. We’d all been traveling either alone or in a pair and whether it was the Bedouin tea we were drinking or the shisha (or the World Cup), we became quick friends. After spending countless days together (quite literally…I couldn’t tell you how many days I spent in Dahab), we moved on to Petra. The original plan was to take the ferry from Nuweiba to Aqaba, but a friend who’d gone that way a few days before advised against it. And who better to take travel advice from then another traveler like ourselves?

Note: The visa/entry requirements for travel to Jordan from Israel is constantly changing. Please contact your local embassy for more up-to-date information.

Instead we went straight to the Taba/Eilat border crossing with Israel, passed through Israel in a cool 15 minutes spent in a taxi to get to the border with Jordan and then wham! we were in Jordan. On the border with Jordan, and coming from Egypt just an hour earlier, there was a noticeable price difference. Things got expensive quick. From the very laid-back atmosphere of the Sinai to haggling on a desolate border with a lone taxi driver, the situation was frustrating but not unmanageable. But I have to admit it’s not the best way to enter a country.

Once we made it to Petra and its hometown of Wadi Musa, however, things became noticeably cheaper. We met a lot of great backpackers at our hostel (which allegedly has quite the reputation for shady business) and really enjoyed hanging out in the town. Then we went to Petra. 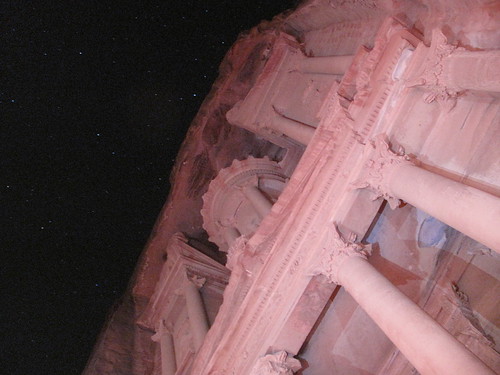 My first impression of Petra

Petra, at the time, seemed amazing, especially at the very beginning. But I don’t think its awesomeness (in the real sense of the word, not the American translation) actually seeped through. Sure, I got my photos of the Treasury and the Monastery. And one of my travel buddies at the time was an anthropology student from Brown University, so I had my little dip of history. But at the end of the day I was exhausted, tired and hot, and all that melded together to give me an impression of Petra as….wow but meh…

Probably because Petra was crowded when I visited (this was before the Arab Spring) and partly because it was the dead (seriously: killer) heat of summer, I found my one full-day of Petra-trekking exhausting. And any energy I would’ve had for enthusiasm about Petra’s brilliance was washed away with sweat.

A second visit to Jordan 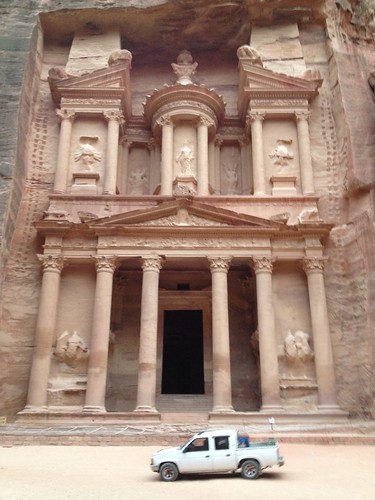 My first trip to Jordan in 2010 was short and generally enjoyable, but I didn’t get to see as much as I originally planned. Plans change, after all. And even though I spent four months living in Israel, every time I returned to Jordan was purely en route to somewhere else. So while I had wanted to visit Wadi Rum and Amman, I never made the time. When I won the trip with On The Go Tours, however, I had the opportunity for a second chance to visit Jordan. And so I took it because really, we don’t get second chances very often.

This time when I visited Jordan, however, instead of arriving at a deserted border crossing, I arrived in Amman via a big metal bird. I’d flown out of the Amman airport enough times, but arriving is a different matter. Within an hour or so of arriving I was eating a falafel in some downtown and incredibly un-touristic neighborhood of Amman. This is a good way to start off a visit in a new place.

There was a big difference between this visit and my second, noticeably the fact that I was part of a small-group tour (there were 18 of us) with a tour guide for the entire trip. So all the hassle of bargaining for transport, or finding out how to get from point A to point B was completely taken care of. And while I may have been hesitant at first, I quickly converted. And just like last time, I quickly became friends with my travel companions which really makes all the difference on a trip. 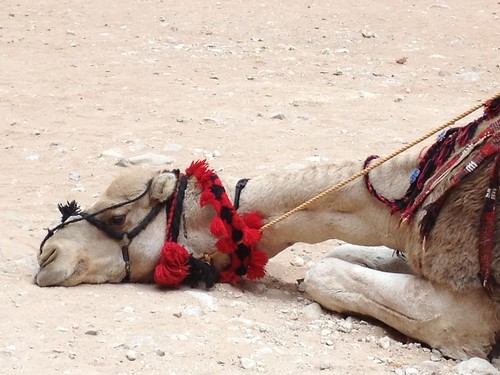 Visiting Petra for the second time

I expected my visit to Petra this time around to be different. Or maybe I was hoping for it. This time I had a local tour guide which was a huge improvement from my Wikipedia iPhone app from the last time around. While my first visit to Petra was crowded and hot, this time Petra was empty and cold. Normally a fan of summer over winter, I definitely enjoyed Petra more this time around. I knew I could visit Petra at a more leisurely pace then before (I’d already been here after all) so that made the trip much easier. When I had visited the year before I was determined to see as much as possible, but there was less need for that this time. Instead of running up to the High Point of Sacrifice, I skipped it entirely (even if I loved the view the first time around). And unlike last time when I skipped one of the viewpoints up by the Monastery, this time I actually had the time and energy to visit.

A lot of visitors to Petra stay and visit the park for several days but I actually enjoyed spacing out my visits by a year and half. Doing so allowed me more time to reflect and it offered me a lot more to compare Petra to after seeing so much more of the world. I feel unbelievably privileged to have been able to visit Petra multiple times in my life. In the end, Petra remains the most expensive tourist site I’ve visited and to be quite honest, I think the price is too high. Yes, Petra is an amazing site of historical significance. And yes, it is still a working archaeological site with much more to be discovered and unearthed. But the price is a major turn-off.

Jordan as a country, on the other hand, is a relatively affordable and interesting country to visit. In the few days I spent in Amman, I really enjoyed the relatively vibrant scene on Rainbow Street, as well as the busy buzz of a big city. Jordan, though it has its problems, was an exciting country to visit again. And well worth the adventure.

Have you ever visited a popular tourist attraction multiple times? Did you get something else out of it the second time around?