So I just watched that #StopKony video...

Social media kind of blew up the other day with this #Kony2012 and #StopKony thing. I wasn’t around much so didn’t have time to figure out who or what was going on, but then I stumbled across this Atlantic article about the campaign:

For 30 years, Kony, the ruthless leader of Uganda’s Lord’s Resistance Army, and his band of killers have kidnapped more than 30,000 children, forcing young boys to murder their parents and become soldiers and girls to work as sex slaves.

On Wednesday, a video, Kony 2012, made by American filmmaker Jason Russell and produced by the humanitarian group Invisible Children, began being shared via Facebook and Twitter.

It has been viewed more than 7 million times in the past three days.

This perked my interest so I went read a little more about the campaign, the charity Invisible Children and what all of this meant. With all the sudden media attention, the charity isn’t without its critics. By this point, I still hadn’t even watched the film. Seemed hard for me to imagine a 30-minute video had gone viral, when most are of kittens and last less than 30 seconds.

But today, I finally watched the video.

I was impressed with the story, the production, the whole shebang. Completely moving and that’s why I’m sharing it here today. This is an important story regardless of the charity, the “controversy” or the campaign. The video is worth every minute of your time.

If you’re interested in more of the backstory about Invisible Children and this campaign, The Atlantic published a great article explaining the problems with “Stop Kony” and what it’s all about. Even includes a reference to floppy-haired hipsters. Seriously. Read it. 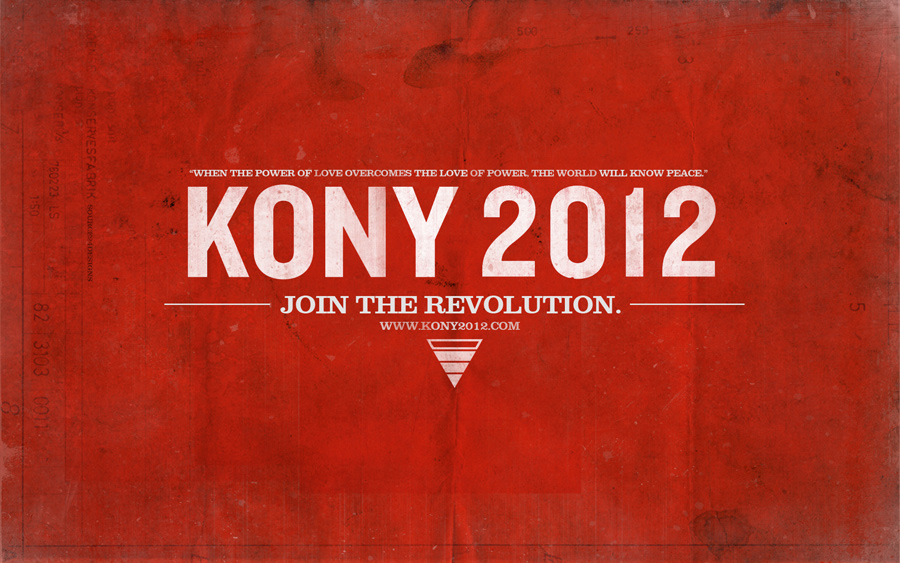