An ode to the Berlin Späti

I'm not a poet, but Berlin during summertime and the ubiquitous Berlin späti (spaeti) makes me sing with excitement! 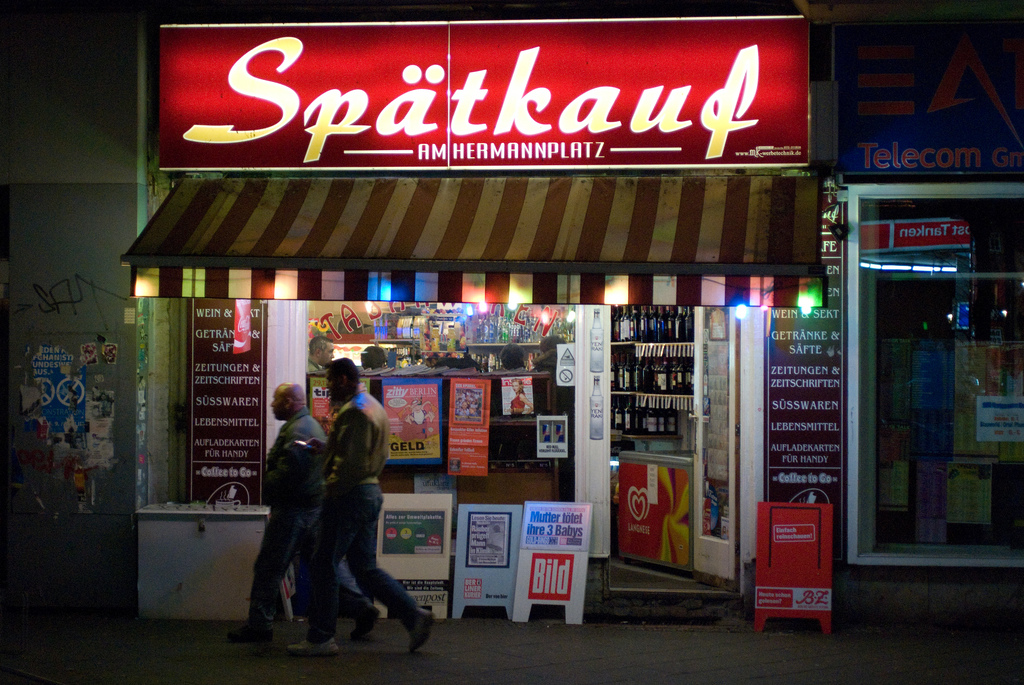 I’m not a poet, but Berlin during summertime and the ubiquitous Berlin späti (spaeti) makes me sing with excitement! What’s a späti? Read more after the poem :)

You’re where I go when I’m thirsty,
And after a night out of being dirty.
Both before and after Berghain,
And always on my way to Friedrichshain.

Inside, you’re empty & bright
People come and go, with jeans tight.
Folks buying crisps & Coke,
Most of them are probably broke.

Sometimes we visit quick,
One euro twenty, click click.
Taking a Kindl, a Sterni,
Where else would I be?

Other times, we’re in and we’re out.
Buying beers for our picnic—sauerkraut
and grilled snacks for our barbecue
At the volkspark in summer. The sky, blue.

On a long summer night, we grab a bench
On the stoop outside—English, German, French.
Expats and foreigners; I’m still an out-of-towner.
Our barkeep? The woman behind the counter.

Sitting outside, we’re a rowdy bunch
Beer after beer; drunk as such.
No clubs, no bars—We paid no entrance fee,
Yet another reason I love you, dear späti.

Basically, it’s a convenience store. A 7-11 of sorts. They’re not specific to Berlin, but in Berlin, there’s at least a späti on every street. I’m not exaggerating! I’ve paid as little as 60 euro cents for a beer. People (drunk tourists and locals alike) typically stop in a späti on their way out, on their way home, or on their way anywhere. In a city where public drinking isn’t policed (you can even drink on the subways), beers-to-go are popular. And often a part of just about any night out on the town—whether you’re clubbing or just hanging out with friends.