One week in Catalunya

I just returned from an 8-day blog trip around Catalunya, Spain. Catalunya is Spain’s northeastern province—probably most famous for the ultra-hip city of Barcelona. But in a region with nearly eight million people, Catalunya has a lot more to offer than just beaches and Barcelona’s legendary nightlife.

Turns out there’s a lot more to the region than I originally expected. With their own Catalan language, Catalunya is very different from the rest of Spain. Though undoubtedly Spanish, Catalunya has its own special flair—which is probably why there’s a small controversy about separating from Spain itself. While the people I spoke to usually disregarded the sentiment, you can definitely see the Catalans are passionate about their home and their region. With golden sand beaches, snowy mountains and wine-producing valleys, it’s easy to see why: Catalunya is simply…amazing.

A few things I learned about Catalunya:

I’ll share more interesting things I learned on the trip to Catalunya both here and on the Travel Dudes blog. In the meantime: photos! 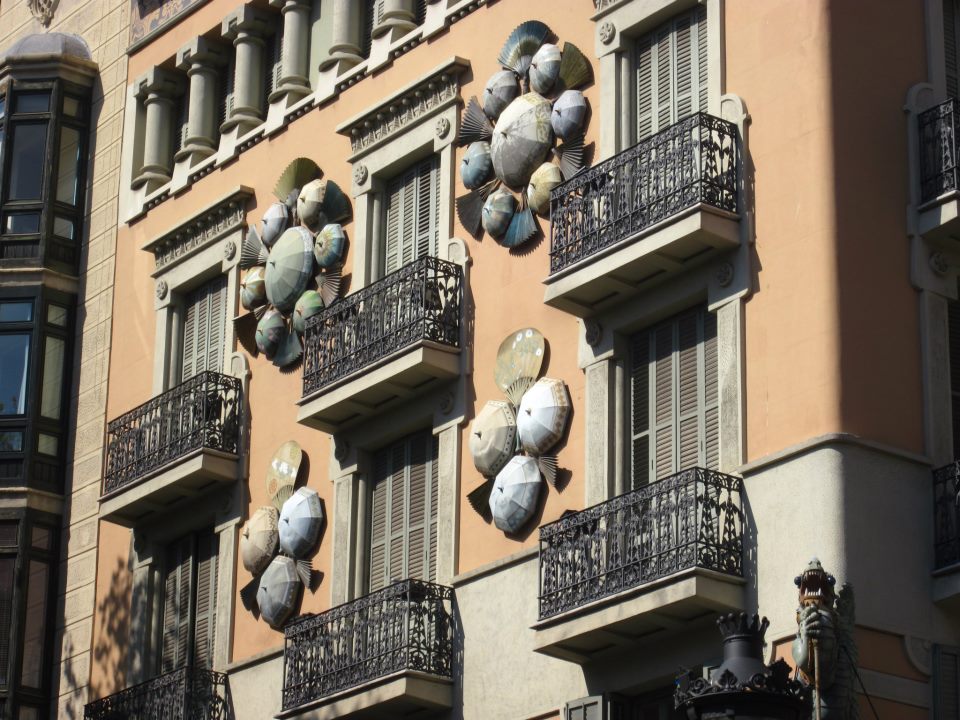 Barcelona is famous for its quirky architecture. This building, in the style of Orientalism (which I recently learned about while in Brighton) has umbrellas pinned to the side of it. Quirky? Yes. But just par for the course in Barcelona! 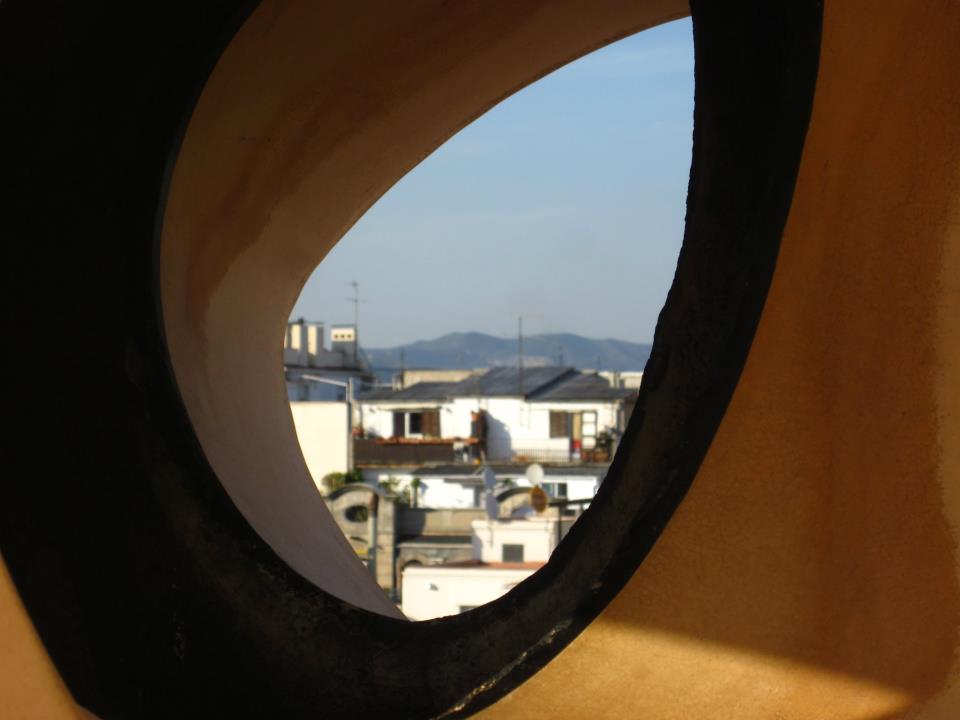 Barcelona’s most famous Gaudi building is probably Casa Mila. This was a shot from the rooftop. I missed seeing the inside of Casa Mila when I was in Barcelona eight years ago, so it was a real treat to finally get inside! 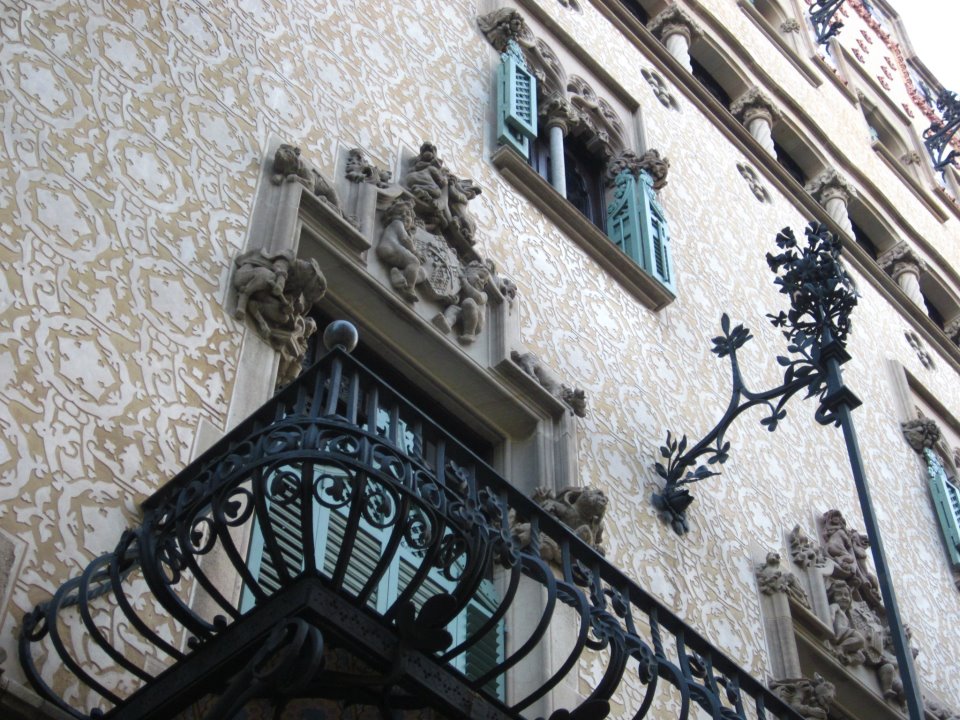 The beautiful Casa Amattler was a surprise for me. It’s a Modernist building and it’s absolutely stunning. Just look at the details! 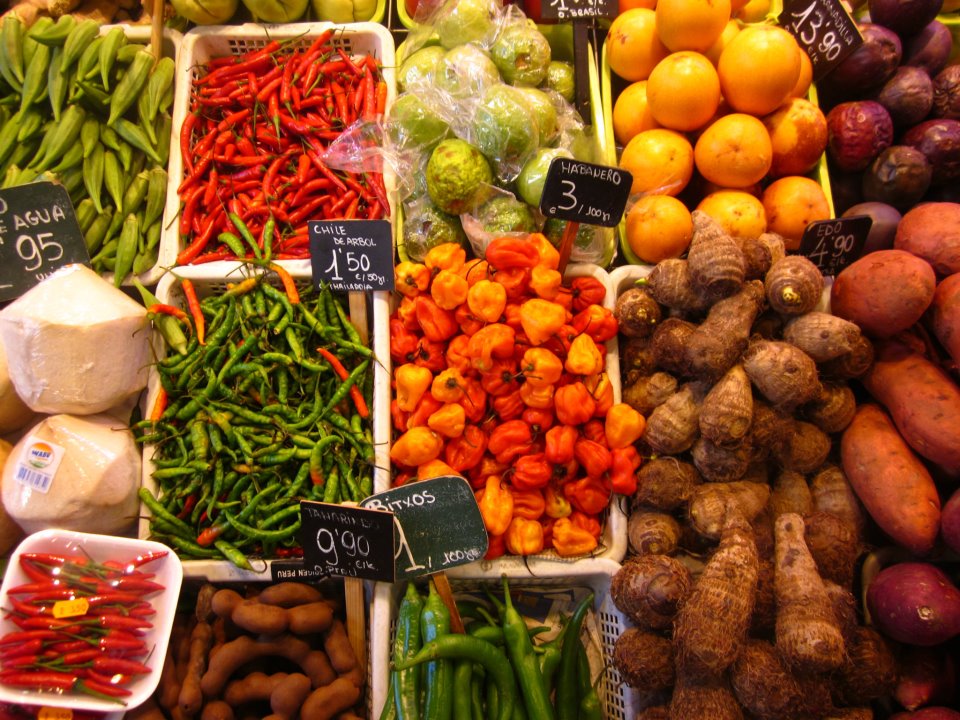 The Catalans take food very seriously. Barcelona’s La Boqueria market is filled with tasty treats and fresh vegetables. But if you escape Barcelona for a few days, you’ll find the food even fresher in the Catalan countryside. 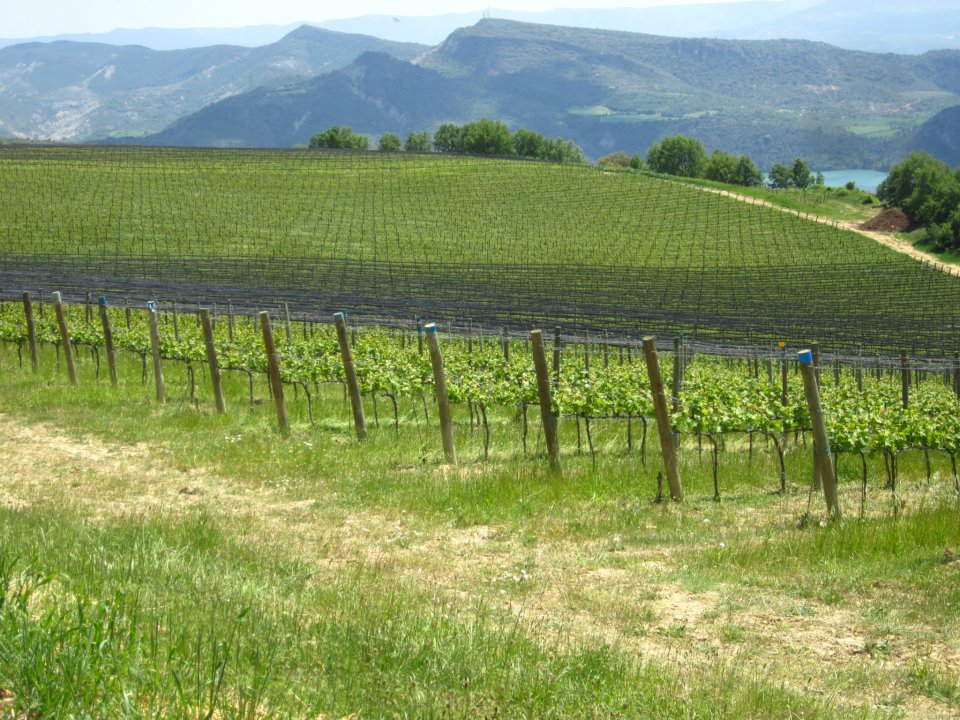 Catalunya’s lush countryside is home to many wineries and farms. Agri-tourism is quite the trend at the moment and it’s no surprise that Catalunya can offer up quite a bit. I enjoyed a deliciously local Catalan lunch at the Castell d’Encus winery in Tremp. 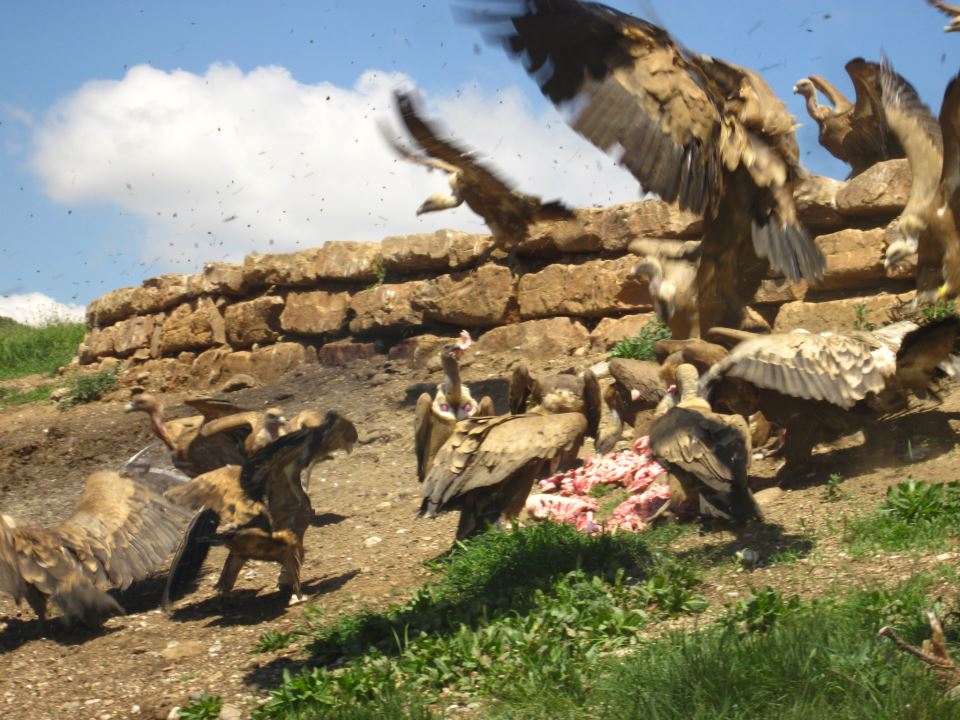 It’s not just the people that find the food in Catalunya so delicious—the vultures like it too! 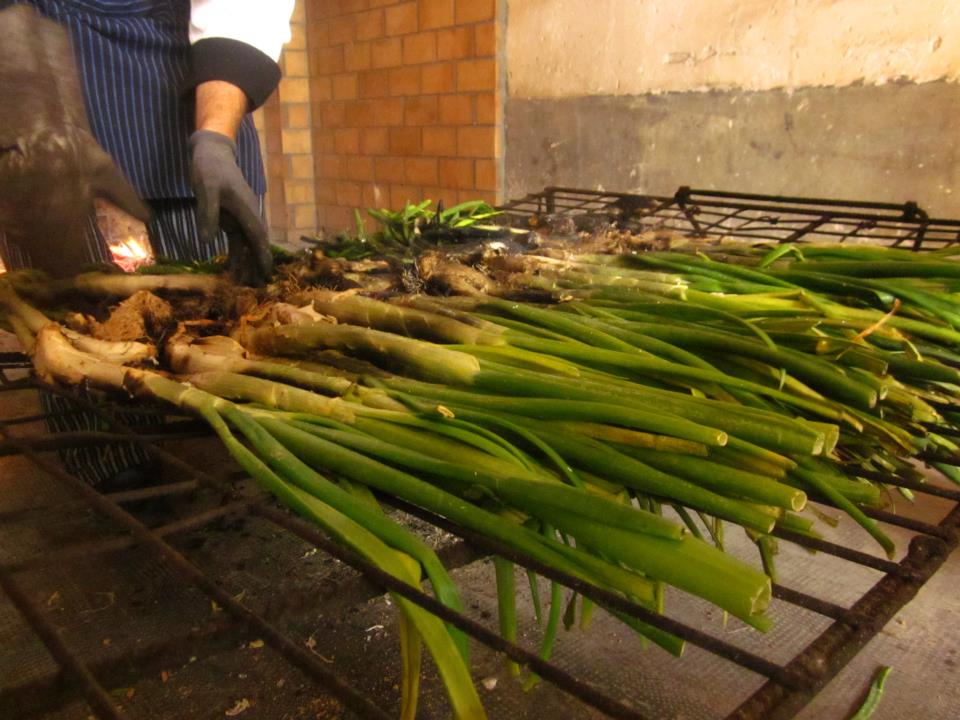 One of the local Catalan food specialties is the calçot. A green onion cooked on a wood-fire grill, the calçot is only available in the Springtime. With its complementary Romescu sauce it’s a definite must-eat for any foodie! 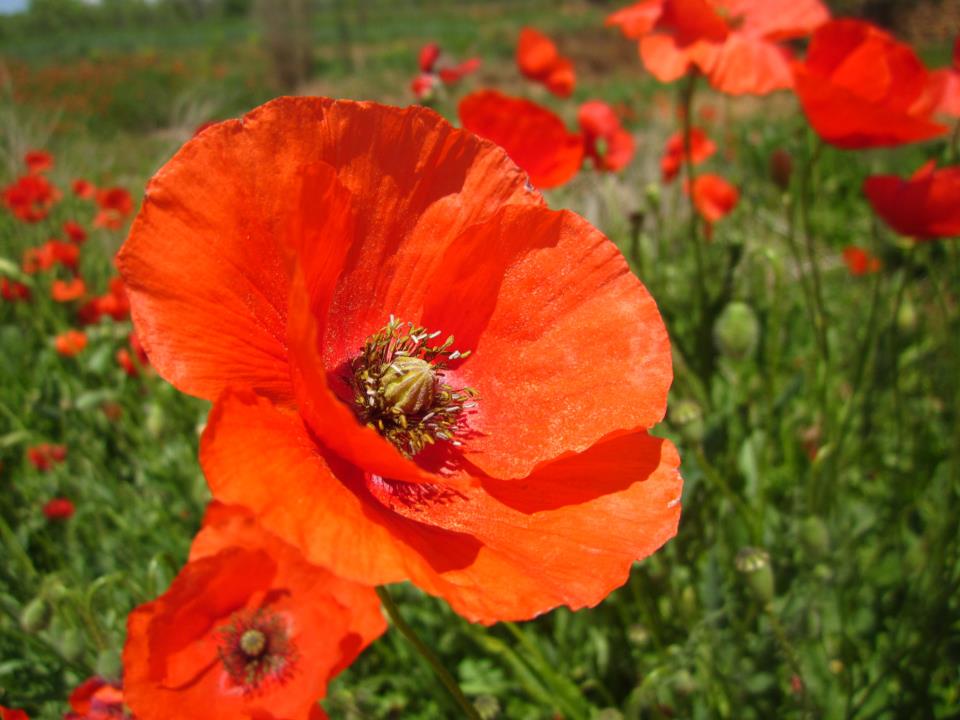 My visit to Catalunya was in partnership with Travel Dudes and the Catalunya tourism board.