Potsdam—on the outskirts of Berlin—is the perfect place for a day trip to escape hipster Berlin. I took my bicycle on a particularly sunny day last month and discovered Potsdam isn’t only a cool city but it’s actually quite pretty. Maybe even beautiful. It’s a lot more colorful than I would’ve expected: orange-brick buildings, pristine green lawns, yellow concrete walls, orientalist architecture. Much of the 1,000 year old city is a UNESCO World Heritage site.

The yellow Sanssouci palace is particularly pretty. The summer home of Prussian emperor Frederick the Great, Sanssouci is built in the Rococo style which I often find obnoxiously ostentatious, however, here in Potsdam it was a welcome sight. Much of Berlin’s architecture, personally I find quite boring, so to see something so elegant and beautiful was a relief. The prettiness of the Sanssouci palace is made even more so when you realize that “sans souci” means “no worries” in French! 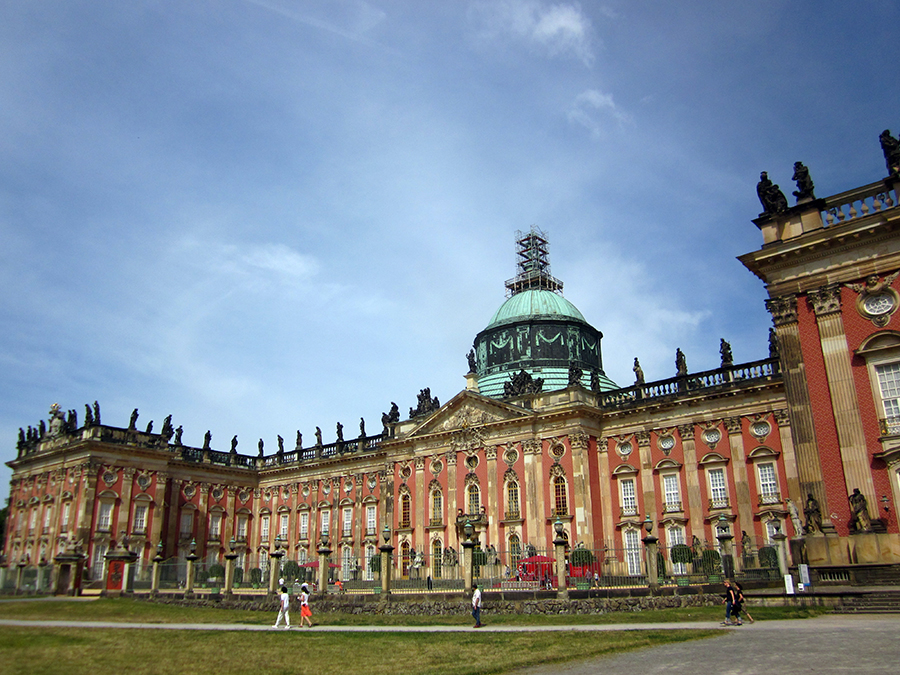 The city is easily accessible by train from Berlin. For a day trip, you just need a ticket that covers zones ABC of the Berlin metro. If you take a bicycle, be sure to by your bike an add-on ticket as well so you don’t get stuck with a fine! Or if you want, it’s possible to rent a bicycle a the Potsdam S-bahn station—right on the train platform.