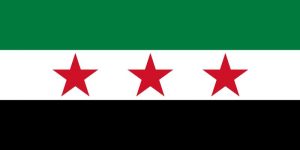 When my friend Brandy asked me for a favor because I was “hyper connected and have a heart,” I wasn’t sure where she was going with it. Then she told me about her plan to help spread an important message. Now I’m going to ask all of you for the same favor. Read the story below and learn about one Syrian man’s experience, as told in an interview with Brandy. Then visit the Speak to Syria Facebook page and share some empathy. Note: there are graphic images on the Facebook page, as well as videos of encouragement and empathy.

If you’re interested in reading up on what’s happening in Syria, try the NYTimes section on Syria.

In the square of Da’ara Syria, a fellow freedom fighter is shot. As Hamoud reaches down to help carry away his injured friend, another shot is fired at him. The bullet enters through the left temple, crosses through the front of his face and blows out his right eye. His eye, jaw, and forehead are shattered. A second bullet strikes: this one entering through the forearm and exiting near the elbow. Unable to resist any longer, Hamoud is taken to the hospital.

Due to a severe shortage of supplies and doctors, all he is offered is a cleansing. His wounds are washed, and he returns home where he suffers severe vertigo and internal bleeding. He spends days vomiting blood.

“I could not move,” Hamoud recalls. “I was too weak. There was no help. I just waited. Only waiting.”

A few days later he returns to the hospital where they again clean and dress the deep wounds. It’s clear Hamoud needs surgery but the hospital has neither the staff nor the necessary medical equipment. In lieu, they offer him a 100 ml vial of pain killer.

Back at home, Hamoud has a wife and four children waiting for him. They surround him and watch him slip in and out of consciousness for days. Hamoud’s family is lucky enough to have shelter, but like many in the shell-struck city of Da’ara they are not so fortunate as to have food.

Hamoud’s youngest son, age four, desperately scours the neighborhood for food and drink. Unsuccessful in his mission, he returns home empty-handed. He then searches his home where he found the vial of painkiller. In his hunger, he drinks the entire container. He dies that same day.

Ten days after the initial injury, Hamoud is smuggled into Amman, Jordan where he receives a 13-hour operation involving a metal plate, a glass eye and a total cost of 7,000 Jordanian Dinar (3.5 years salary according to Syria Today). The Islamic Hospital shares the expense and charges him 4,000 Jordanian Dinar. His doctors have tell him that he requires one more surgery before he can return to Syria—to fight. Another 4,000 Dinar.

As I sit in front of him today, he bites on a piece of wood, his jaw pulsing and his brow beading with sweat.

“It used to hurt very much, but now, it doesn’t. When I am even only 50% better, I will return to Syria, to help my people. I bite this wood to build strength in my face, so I will be better faster.” Hamoud is slowly, steadily biting; with each clench of his jaw I see the anger, pain and frustration denting the wood.

“Alhamdulilah,”—thanks be to God, he says. “If the bullet was even half a centimeter in either direction, I would be dead. Alhamdulilah.”

How you can help the Speak to Syria project

It’s simple. Brandy has already arranged for translators to donate their time to the cause. All you need to do is upload a video or write a message on the Facebook page. The people of Syria will receive these same messages (translated) the same day they are sent.

A note from Brandy:

I feel the project Speak to Syria is a very simple way that anyone & everyone can participate in showing their support, or at the very least condemning what is happening. The overwhelming feeling I’ve gotten from working with these people is that they feel alone; they feel no one is caring about what is happening to them, and it leaves them hopeless. Not to bash our own country, but people feel that Americans are isolated, narcissistic, and oblivious to the problems of the world. This is our chance as a nation (a world) to stand up and say “I know what is happening in Syria. It’s not right. I am with you. You are not alone.” It means everything to these people.

Tongue tied? It happens to the best of us. It’s okay, I’ve got your back.

[fourcol_one]Use the prompt above and compile your own short message. (Or use it for inspiration and go with your heart.) You don’t have to be eloquent. Syria just needs to know that their suffering is not falling on deaf ears.[/fourcol_one]
[fourcol_one]