Photos from the 2012 Hipster Olympics Festival in Berlin 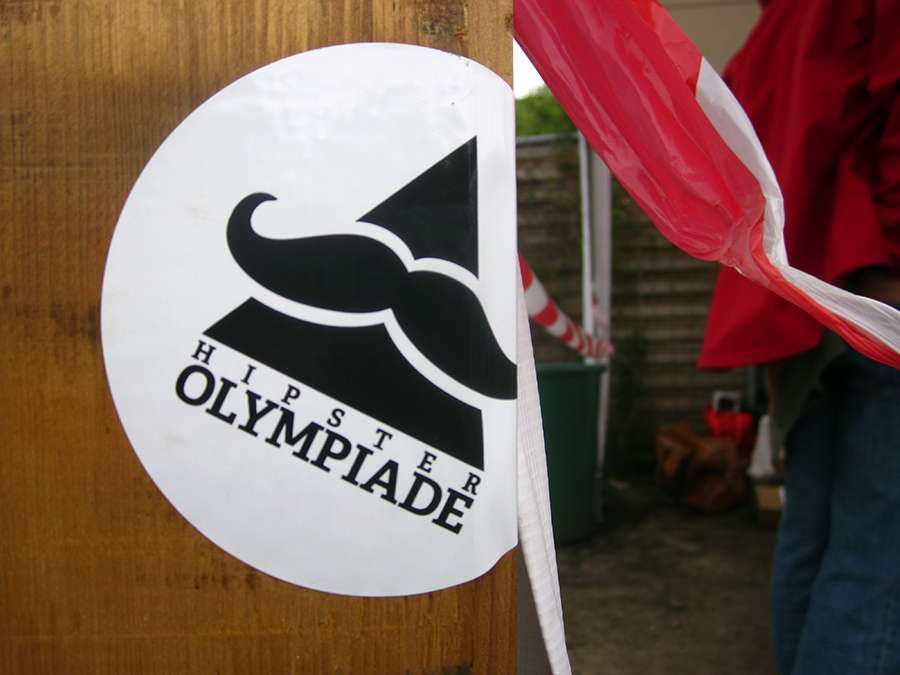 Yes, Berlin is so goddamn hipster, there’s even a festival to determine the best hipster in Berlin. Don’t mistake the word “hipster” for douche, though—because the hipsters from Berlin’s Hipster Olympiade were nothing to be afraid of. Over-stylized and hyped up on Club Mate and Vitamin D (July 21st was the first day with more sunshine than rain!), these hipsters were all there for the fun.

Irony aside, these Berlin hipsters let loose and posed for one gazillion photographers, eager to be in the spotlight. (Which there were many—maybe more journalists than audience members.) The event was essentially a pubic gathering of gawkers and hawkers with a lot (and I mean a lot) of media attention.

The 2012 Hipster Olympics were held at the Postbanhof concert venue. The hipstery afternoon was full of events such as horn-rimmed-glasses throwing, a cloth tote bag race, glitter tossing, bubble-tea slurping, mustache painting and a tug-of-war over the epitome of hipster fashion: skinny jeans. The winning team won a spray-painted “Golden Club Mate”—that eternally hipster drink imbibed by just about everyone in Berlin. 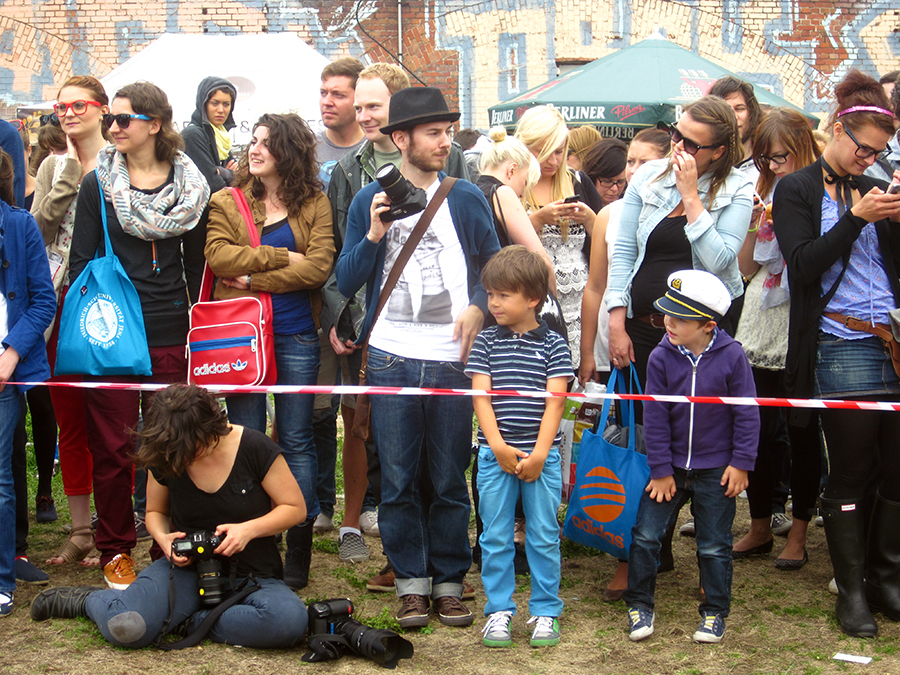 While at the festival, I snapped a few photos (even some old-school ones with my Polaroid camera) of the hipster-tote-bag/potato-sack race, but mostly of the fans. People make the festival, am I right? And the people at the Hipster Olympiade were certainly interesting. Most of the contests were flocked by photographers and media so it was challenging to see much more than the crowd that would circle around each event. That’s why I ended up with a lot of shots of hipsters’ shoes and butts.

Is 2012 maybe the year of the hipster in Berlin? If this Olympics festival has anything to say on the matter, they’d have you believe yes. But in reality, the word “hispter” still inevitably brings up negative connotations and denials by its most likely contenders. Discussions of “labels” and “identity” were rampant but, in the end, it was all just a show.

The hipster teams at the Olympics were the most ostentatiously dressed hipsters at the festival. But most of the crowd also embraced the day’s theme. I’ve got plenty of gratuitous shots of some hipster butts in the gallery below, but quite a few of the shoes folks were wearing. Neon colors weren’t as prevalent as I would’ve expected and I was surprised to discover Converse weren’t even the most popular shoe. 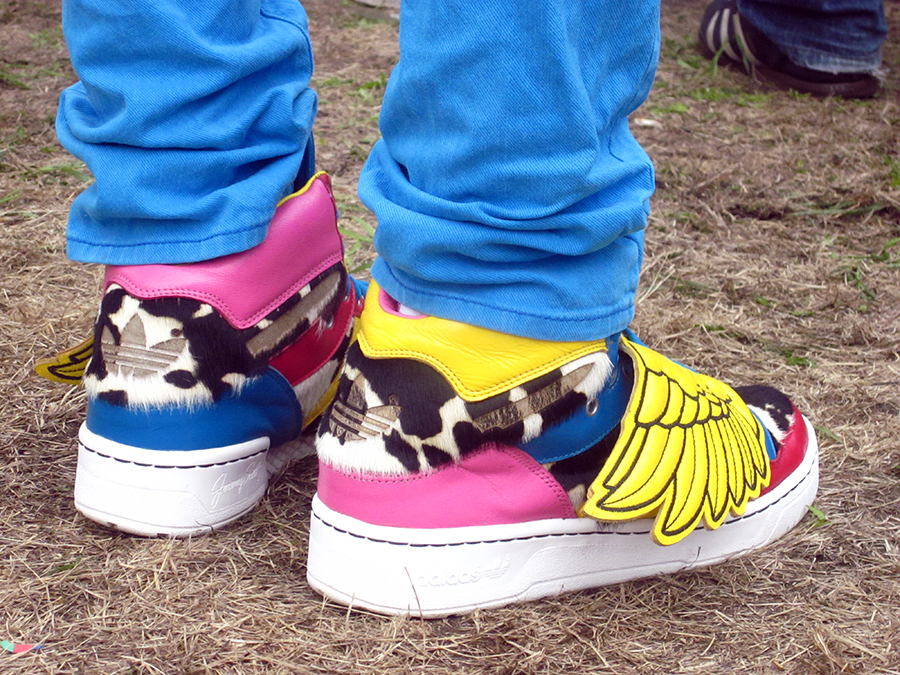 All-in-all, the event was mildly entertaining. I was happy to be there to support my friends at Yelp, though, even if the day moved slow. If you want to enjoy some more hipstery goodness, click play on the sound below and browse through my photo gallery from Berlin’s Hipster Olympiade 2012!