When I arrived in Venice for the first time, I was instantly mesmerized. After a long train ride via Munich, I was pretty tired, but walking outside the Venice train station, the beauty of the island captured me.

I was originally hoping to stay with a Couchsurfing host in Venice, but because I’m a terrible travel planner, I showed up at 7am in the city, with no clue as to whether a CS host had replied to me and/or where any hostels where. Luckily, one of the CS hosts I had e-mailed had replied with a rejection (he was out of town or something), but he recommended a hostel that I could stay in instead. He wouldn’t get any sort of kickback, and since the directions to the hostel seemed relatively easy from the train station, I went for it.

But I also knew the hostel reception wouldn’t open until 8am. I had an hour to kill so that why I opted for a leisurely stroll through the early-morning quiet streets of Venice. I wandered around, almost got lost, but then stumbled on this “Venice hostel” sign. I’d arrived. 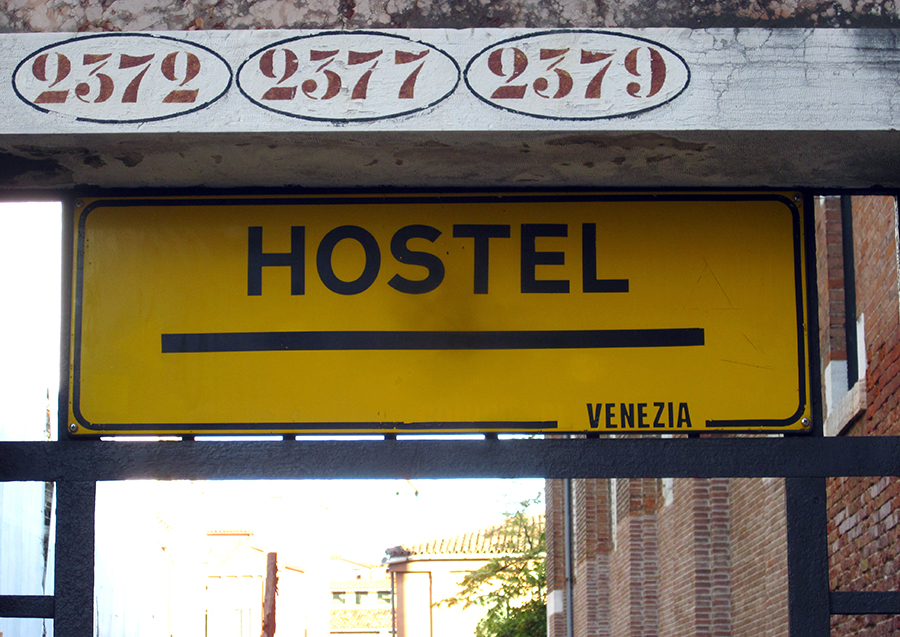 Of course, I was way earlier than the hostel was actually open, but I found a door which was unlocked so went inside. All I found were dorm rooms with some people snoring, but decided to freshen up in the unlocked bathroom. There wasn’t any wifi signal that I could connect to, so instead of waiting around another 20 minutes for reception, I went for another wander.

That’s when I fell in love with the city.

My Venice hostel, the Ostello Santa Fosca, had all the makings to be great, but it was nothing too spectacular. Rooms were average for Venice at 25€/night.

Here’s a list of the good and the bad:

The other folks in the hostel weren’t so sociable and in my dormitory the ages ranged from 19-40. But the location couldn’t be beat! Between all the major sights of Venice, and not too far from a gay bar, the hostel was in a prime location.

There was also a great indie bar down the street. The hostel is part of a University so it’s no surprise there were cool places nearby for a younger crowd.