Design hotel in Brussels: The Dominican

Well, hey, this was a lovely hotel stay.

The Dominican hotel is located in downtown Brussels—just a few short steps from the Galeries Royales Saint-Hubert where you can find all sorts of touristic (and local!) things to do (and near a delightfully delicious Belgian restaurant). It’s a member of Design Hotels and the rooms certainly met a design level of standard. I loved the style of the carpets and couch in my bedroom which clashed in a same-same-but-different manner. 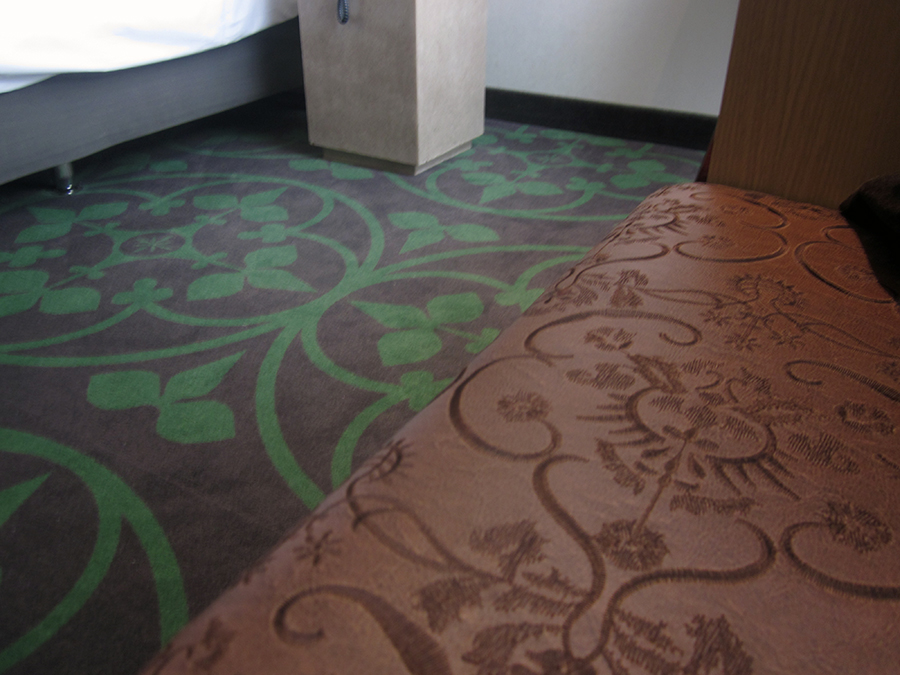 Sweeping archways remind guests that Brussels’ Dominican abbey stood here in the 15th century. The façade of French Revolutionary painter Jacques-Louis David’s house, which also stood here, has been integrated in the new construction. A feeling of “dramatic intimacy“, as The Dominican Hotel calls it, is present in public spaces, including the central Grand Lounge, as well as private rooms, with their soaring ceilings and attention to detail. The 150 guestrooms and suites are individually designed; their layout around a central courtyard provides the ‘intimate’ part of the equation, reinforced by a rich combination of contemporary design and luxurious textiles.

The hotel pays attention to every detail. The most charming aspect of the room was immediately noticeable: it was the sound of monks. Obviously inspired by the building’s history, the hotel arranges for every room to play some inspirational music when you first enter. It was a surprising welcome made even more so because it seemed to come from within. It was a brilliant effect.

Turns out the sound came from the television, but because there was a speaker in the bathroom, you could listen to the TV while taking a shower or bath. Amenities included bath salts—something that didn’t even come in my 5-star hotel stay in Budapest. The room also had mirrors that were opposite of one another which added to the ambiance of this beautiful design hotel. The one negative was the terribly slow wifi (though it was free, which is often not included with hotels such as these). 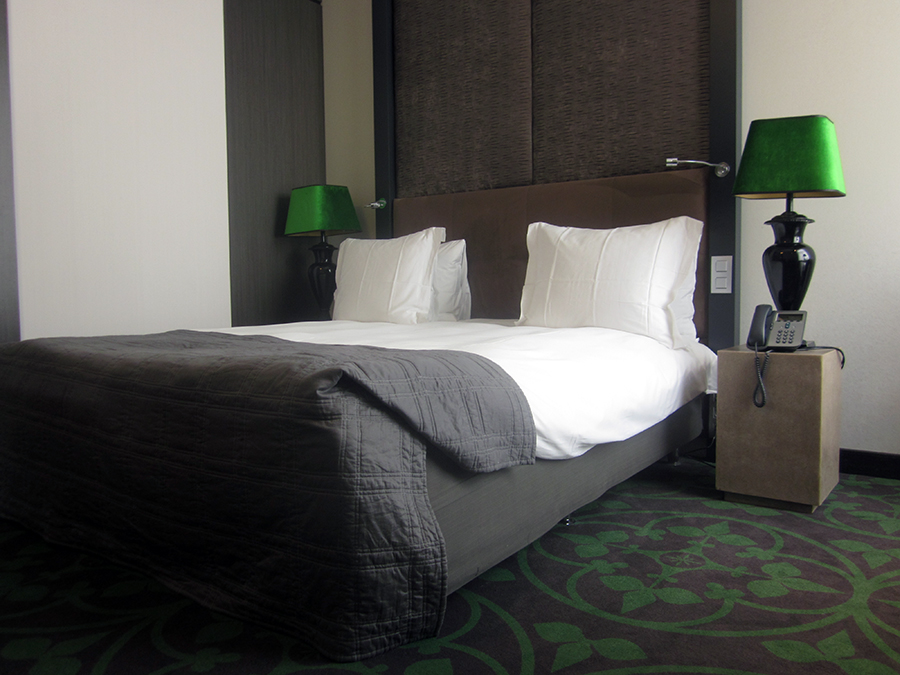 My stay at the Dominican was sponsored in part by Belgien Tourismus. Follow the #DiscoverBrussels tag for more stories from my weekend in Brussels.