Going on my first Segway tour in Tarragona, Catalonia—not as lame as you'd think! 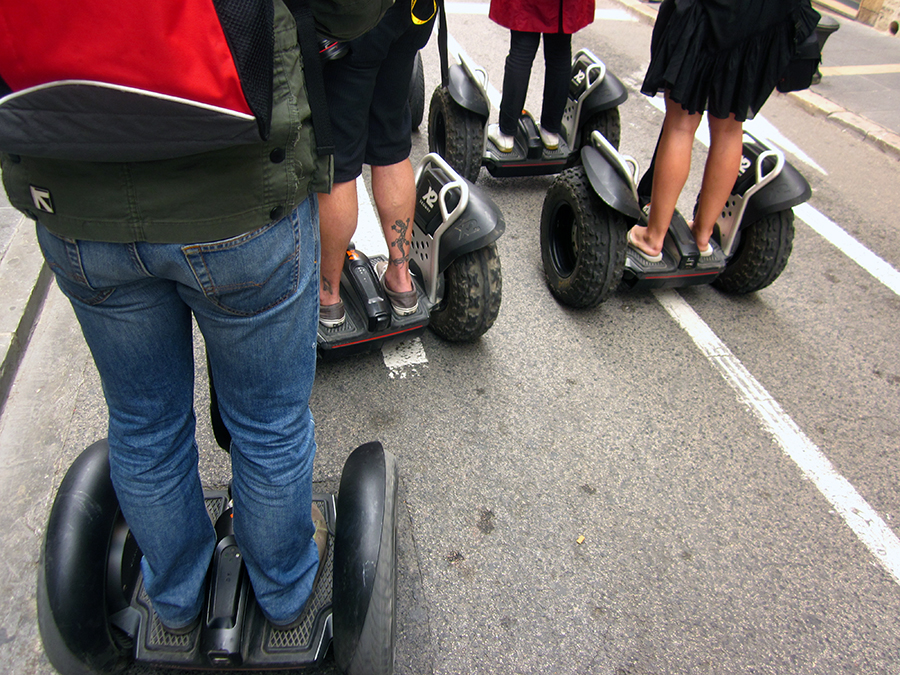 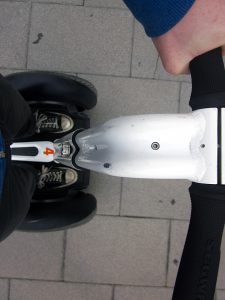 Have you ever ridden a Segway before? My relationship with the super-dorky transportation device has been an odd one. When they were first released years ago with much fanfare, I was naturally curious (along with billions of other people), but never curious enough to actually try one out. Over the years, Segways have made their way into shopping malls and tourist hotspots. In Tarragona, Catalonia, I finally had the chance to try one out for myself.

It was surprisingly easy to maneuver and after a short while, I was so skilled of a driver that I was simultaneously riding my Segway, snapping photos, tweeting and checking in on Foursquare—all at the same time! (Well, almost…)

The tour in Tarragona started out in the main plaza where we got a brief lesson in how to drive. After we all felt comfortable we went out into the city. Tarragona is famous for its Roman ruins scattered across the city (which have been listed as UNESCO world heritage sites). I was visiting over the summer when the city was especially alive with lots of pedestrians milling about on the sidewalks—easy targets :)

The Tarragona Cathedral is one of the more interesting sites in town. It’s a mix of Baroque and Romantic architecture. Though it sits on top of a hill, my guide for the Segway tour found a way for us to get up close without walking up a lot of steps. Major benefit of being on wheels…

Going around Tarragona on a Segway was a fun experience and a great way to get around. The city’s not too far from Barcelona and, depending upon train times, would make for a great stopover on the way between Valencia and Barcelona. 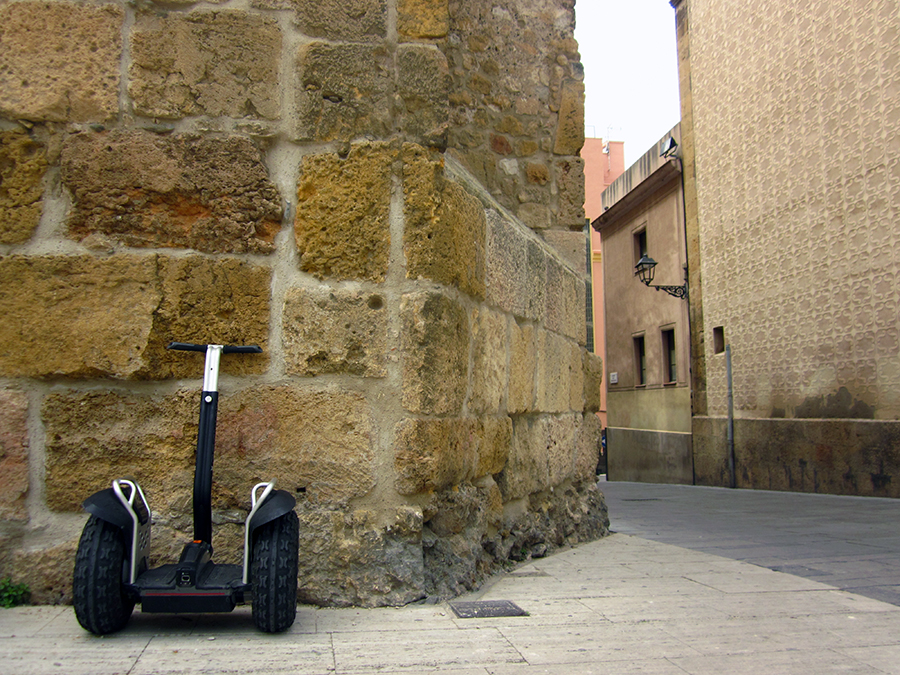 During the summer in Tarragona, the city also hosts public events in the Roman amphitheater which sits right next to the Mediterranean Sea. You can visit the amphitheater during most days, but when I was in town they were actually putting on a summer festival of Gladiator battles. It was a bit bizarre to sit in an ancient Roman amphitheater and watch a classic Gladiator event. It was definitely targeted for children but was a strange and cool experience nonetheless.

One thing I noticed going around Tarragona was how picturesque and pretty the city is. So many ancient monuments, contemporary street art and intricate designs throughout the city. If the modernist style of Barcelona starts to give you a headache, try Tarragona’s classic beauty. @ArgosTarragona offers these Segway tours around Tarragona. 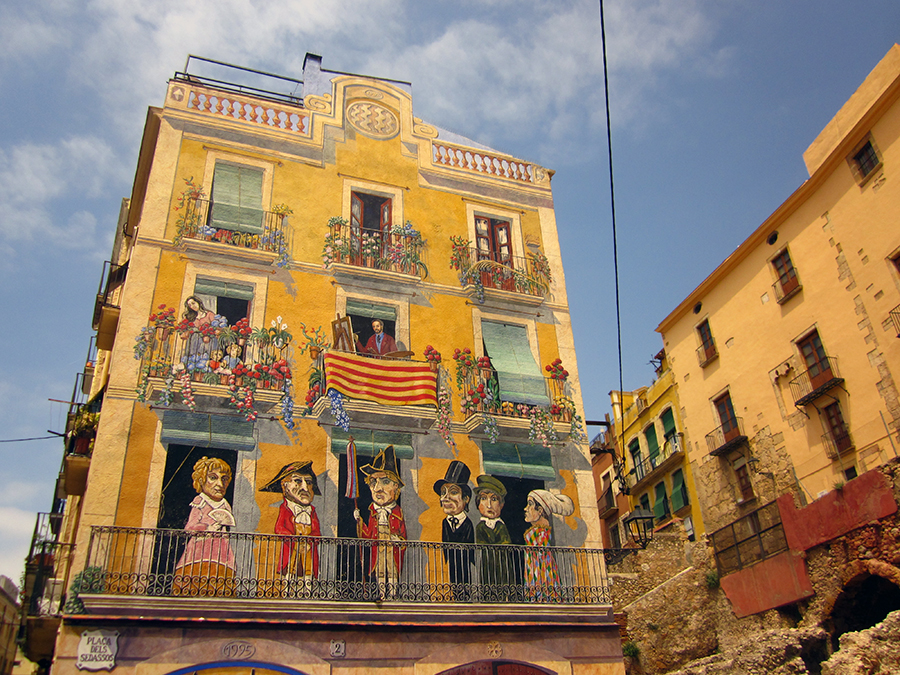 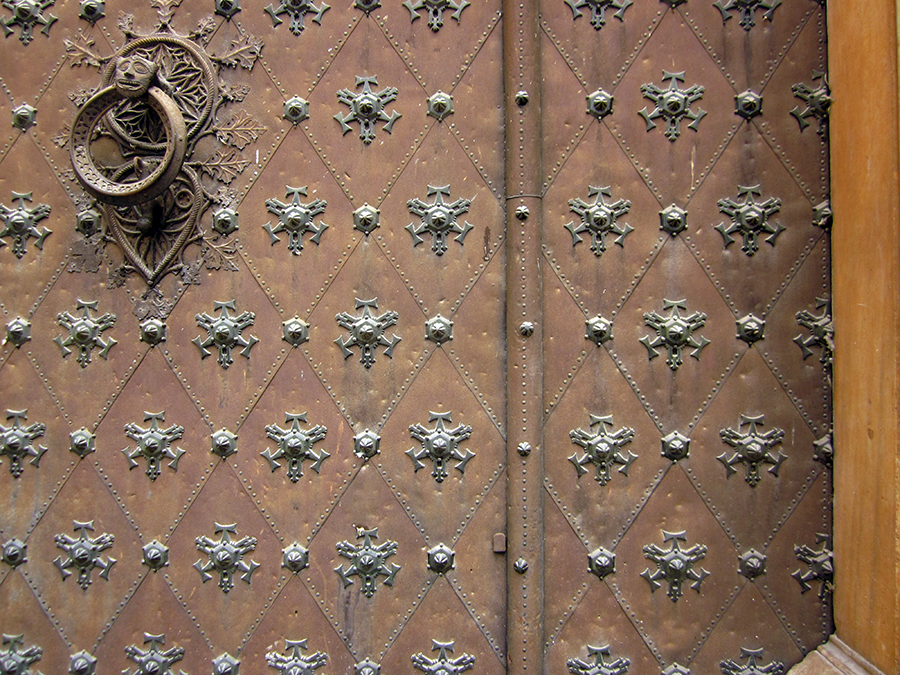 My visit to Catalonia was in partnership with @TravelDudes and the Catalunya tourism board.