Zipping through Columbus, Ohio on a Segway Tour 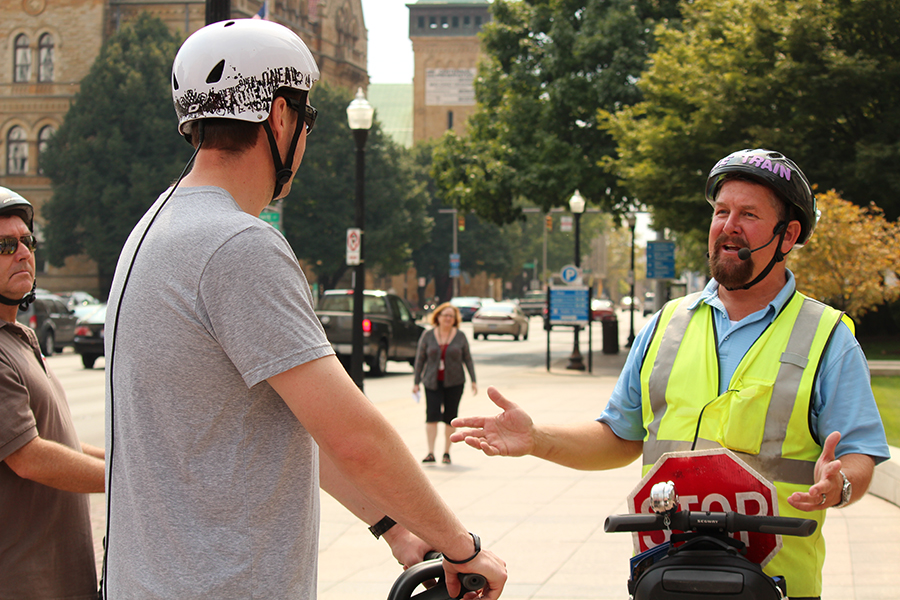 You know how you sometimes find yourself in a city that’s usually not regarded a tourist destination? And then all-of-a-sudden, there are a million things you want to see and do there? Yeah. We’ve got a pretty cool thing going on in America. So many cities with a surprising amount of things to do. And Columbus, Ohio just turned out to be one such city.

While I had several nights in Ohio to visit family, I took the time to explore a bit as well. And to help get started, I was invited on a Segway tour to help orient myself in the midwestern city.

The Segway tour started in downtown Columbus and took us around several square blocks of important historical and government buildings. Most interesting, of course, was the Peanut Shoppe—a store selling a variety of nuts. Their window displays alone were worth the visit!

Nearby were several more historical buildings, including the Ohio Statehouse—the capitol building for Ohio. The Statehouse offers free tours during the week, but I was more interested in the Ohio Theater across the street.

The theater, which opened in 1928, was designed to be “a palace for the average man.” It went through a small battle in the 1960s to be saved from destruction, and today it’s home to all sorts of cultural events—from symphonies and theater, to a summer movie series and comedy shows. 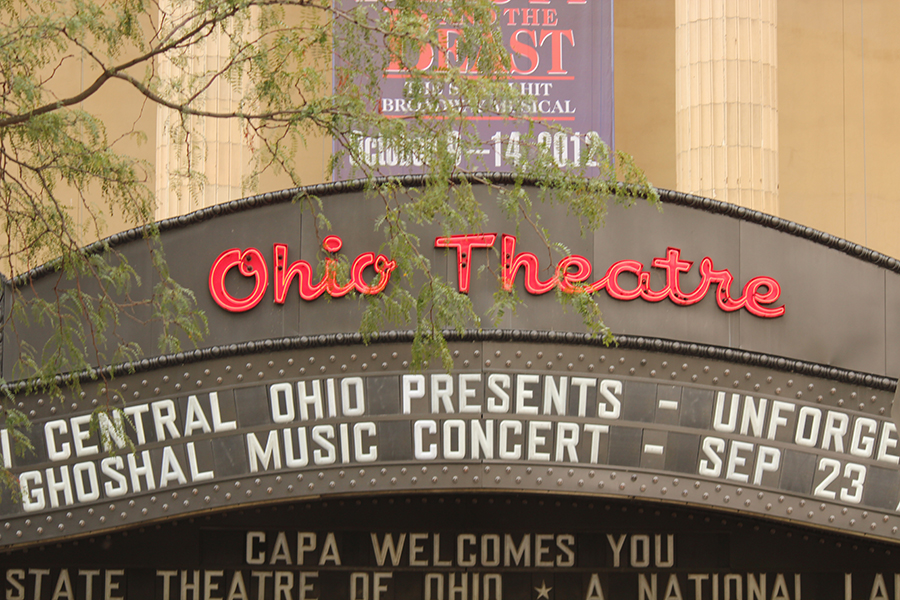 Columbus, down by the river

After zipping through the downtown district, we made our way toward the Scioto River. Passing a larger-than-life statue of Christopher Columbus (the city’s namesake), I was surprised to find a full-size replica of one of his famed ships at dock: the Santa Maria.

Along the river is the new North Bank Park, which was sadly lacking in visitors when we passed through. Though from there, we headed to Columbus’ most popular park: Huntington Park, home of the Columbus Clippers baseball team. The baseball field allows for free public viewing in several places, which is a great, democratic way of getting people interested in the sport…for free! 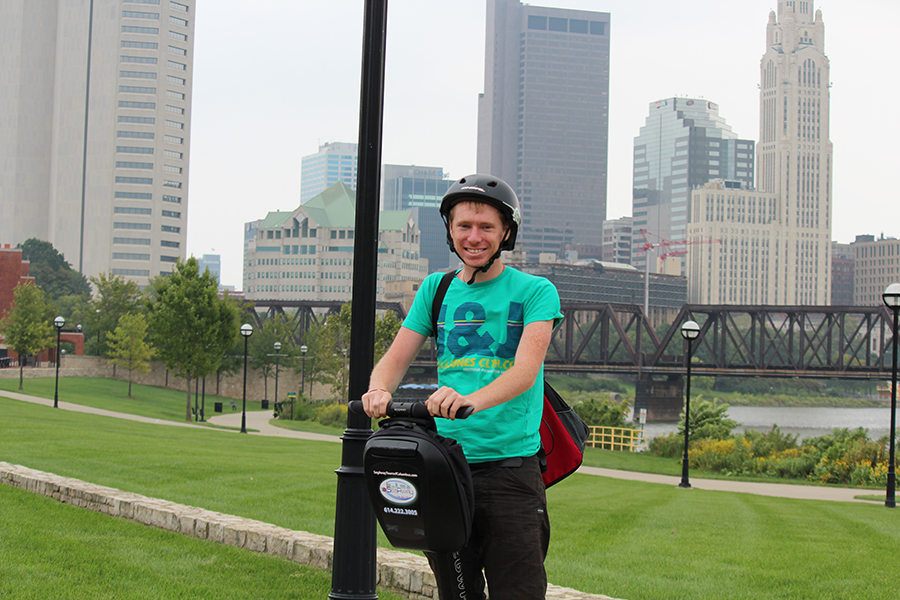 One of the biggest tourist attractions in Columbus is the North Market. On my Segway tour, we only had time to drive alongside it (and learn a bit about its history), but it’s full of local restaurants and therefore a popular place for lunch. The Easy Travel Mom swears by the Ohio-made salsa inside! 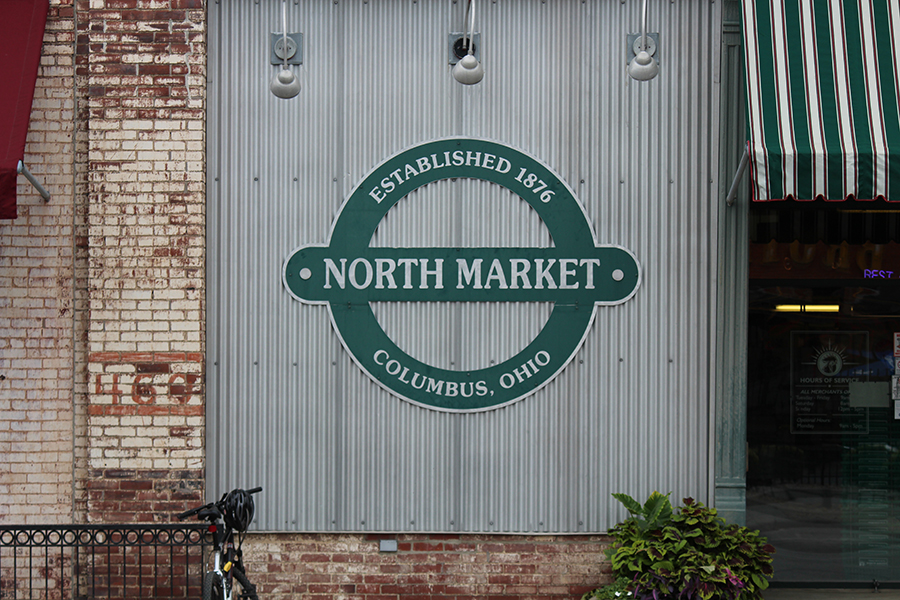 Goodale Park and the Victorian Village

Next up on my tour of Columbus was the Goodale Park. I’m not sure how many parks we passed by on the Segway Tour, but all together, I found the city of Columbus to be very green-friendly. Goodale Park is up near the university so it makes sense.

The city also has an entire district full of beautiful, old Victorian homes. One of them, the Sells Mansion, was the former home of Peter Sells who founded one of the first circus acts in America. Legend has it that used to keep the baby circus animals in the mansion’s basement during the winter. To commemorate the Sells Circus’ history in Columbus, the city recently unveiled a new fountain featuring two baby elephants in Goodale Park. Certainly a quirky tourist attractions, something you wouldn’t find on most lists—a testament to our tour guide’s intimiate knowledge of Columbus! 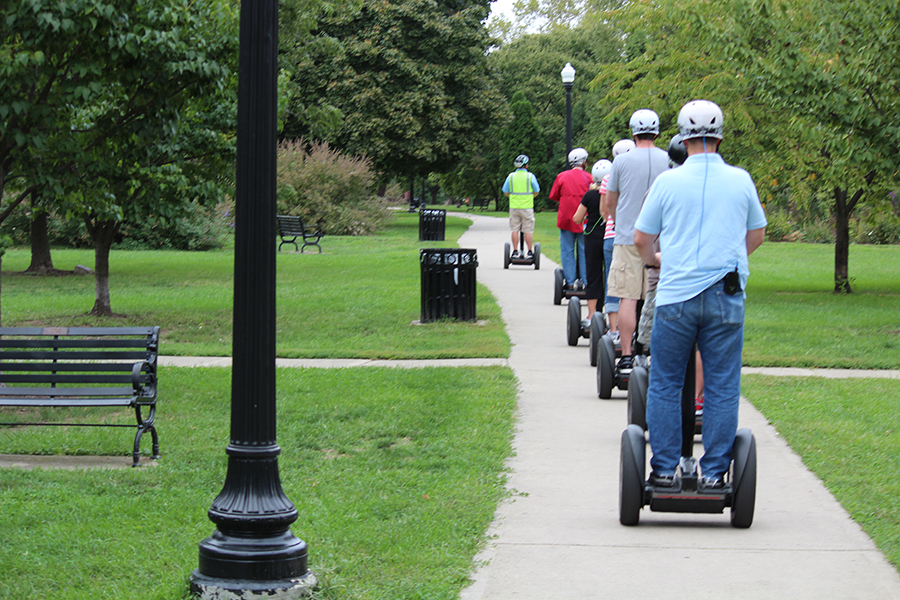 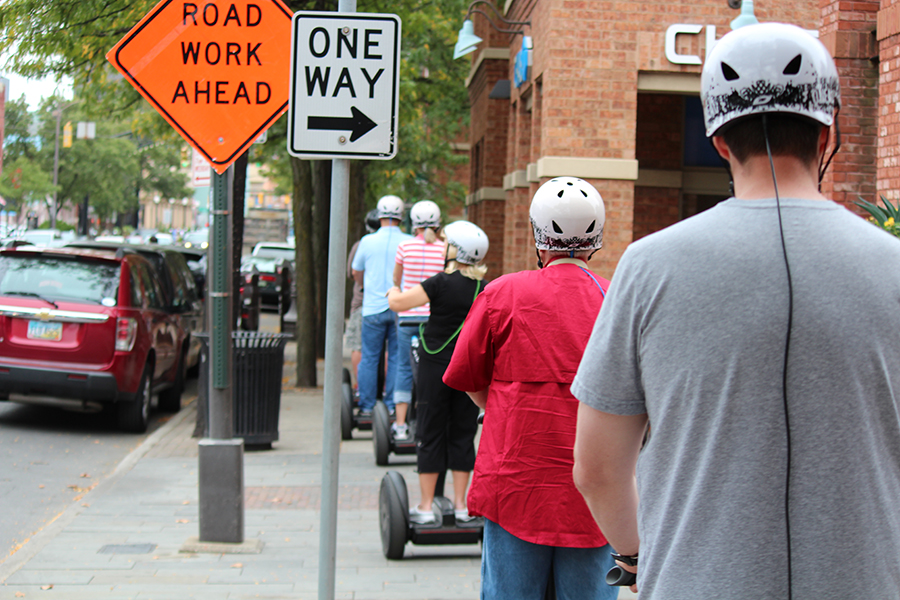 Leaving Goodale Park, we went straight to my favorite area of Columbus—the Short North. This long street is, without question, the most hipstery area of Ohio’s capital. Graffiti and street art is on just about every corner, as well as your usual faire of coffee shops and vegan pizzerias. 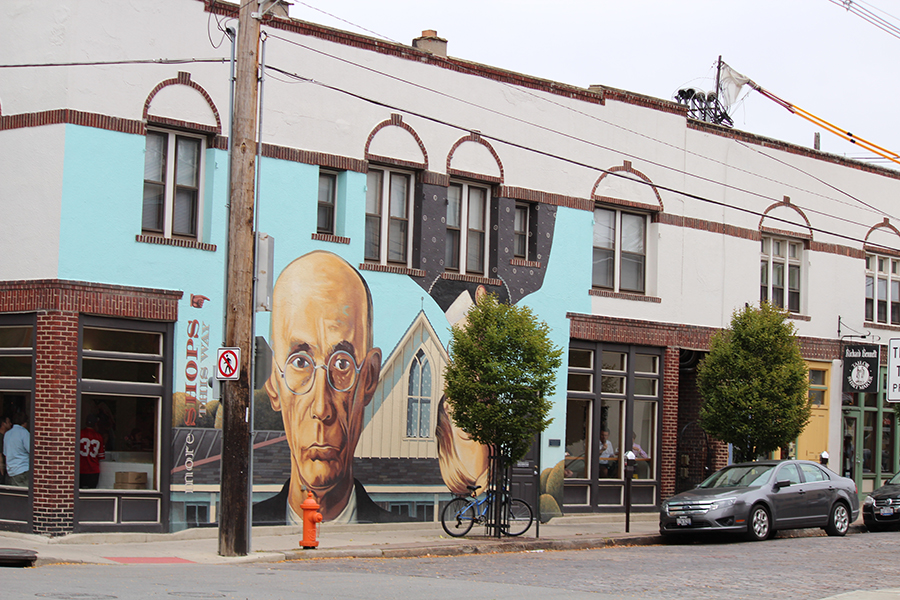 Our Segway tour ended where we’d begun, but with the overview of the city, I was able to then head back to the areas I preferred the most (obvs, the Short North).

Our tour guide, a Columbus native, was able to tell personal stories about the city in addition to all the history. I wasn’t really sure what to expect of the city, but was happy to learn more about its historical roots and recent developments. The only downside of the 3-hour tour was we only got off the Segways during a short break by the river. So we didn’t have much time to explore the sights we were seeing, and even snapping photos while zipping by was a challenge!

All-in-all, it was a fun experience, but really only good if you have the time for an overview of the city. Because after doing the tour, you’ll definitely want to go back to many of the locations for more in-depth urban exploring!

Check out the official Columbus tourism website for more things to do in the C-bus. And be sure to follow them on Twitter @ExpCols…because they’ll actually reply to your tweets with recommendations and other travel tips!