Modern style in an historic Cleveland hotel: the Tudor Arms 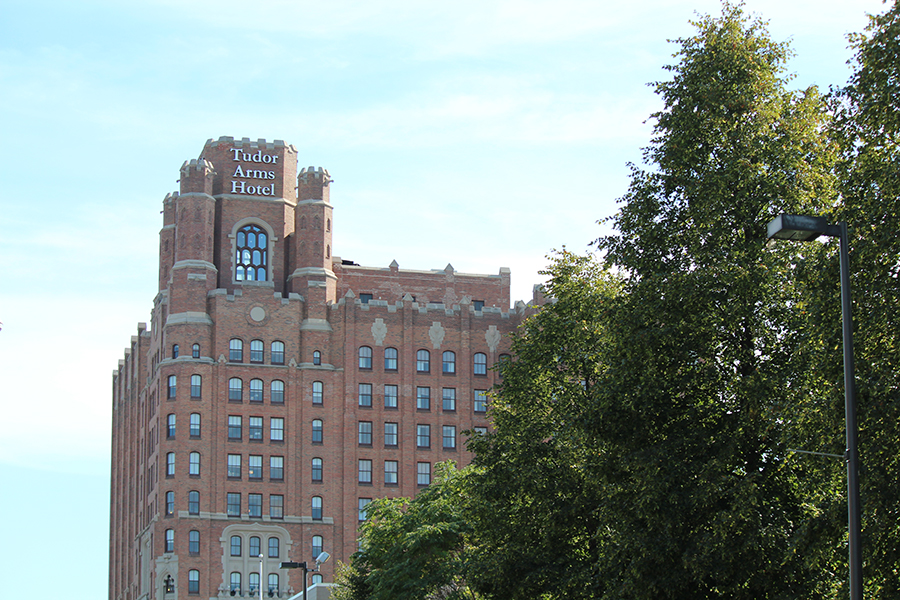 My hotel during my short weekend in Cleveland was the Tudor Arms Hotel. A DoubleTree hotel (that’s Hilton), it’s in former men’s club. I’m not sure what this men’s club was all about, because the building is BIG.

The Tudor Arms is located between the Cleveland Clinic hospital and University Circle—a haven for art & culture. Besides location, the hotel staff was extremely attentive and courteous. I had a rental car during my stay, and the cost for using the valet was only a few extra dollars, much easier than self-parking. (Though the parking lot was literally right next to the building…I’m just lazy, okay?) 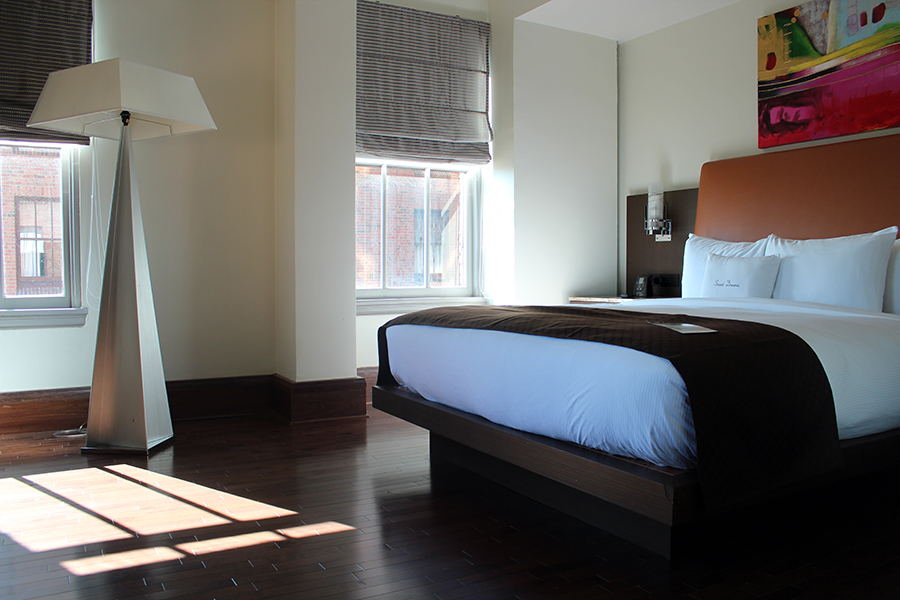 I had a corner room in the hotel, so I can’t vouch for the other rooms, but mine was both big and spacious. The bathroom was a bit small, but seeing as how I was alone, it wasn’t an issue. The bed, with Doubletree’s Sweet Dreams ® mattress, was comfortable. 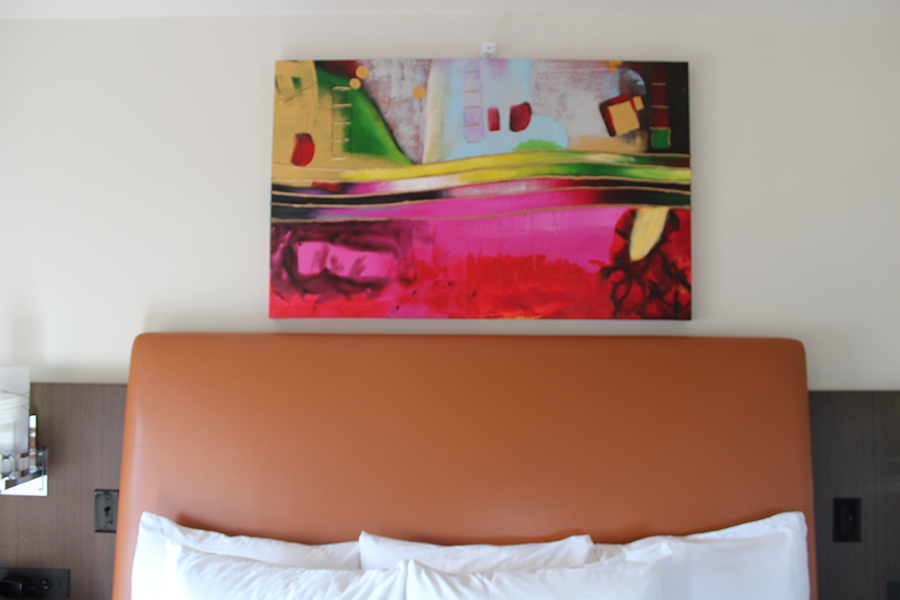 One nice touch at the hotel was the warm cookie I received upon check-in. A very nice welcome! The Tudor Arms was a really nice hotel—sleek and elegant (did you see those hardwood floors in the first photo?) but with a bit of style. I liked the artwork in the room, the wide open spaces and the colorful artwork. Not to mention the flat-screen TV which kept me from doing my work. But hey! It was a vacation.

Other reviews on TripAdvisor and Yelp are favorable. Most people seem to enjoy the hotel because of its proximity to the Cleveland Clinic. Cleveland receives quite a lot of medical tourism because of its top-notch hospital, but that wasn’t a priority for me. I did like that it was within walking distance of Cleveland’s Museum of Art, however. It’s always nice to be within walking distance of some (free) culture.

Note: I was a guest of the hotel courtesy of Positively Cleveland, though all opinions here are my own.