Learning German in Berlin...finally! Why I enrolled in a German language course

Well, the day has finally come. I’ve officially enrolled in a German language course in Berlin. Here’s the long and short of why it took me so long to sign up and what I hope to get out of an introductory language course. I’ve been in Berlin for over a year and while I occasionally picked up useful German words in conversation and online study, I never committed to a regimented lesson plan. Until now. 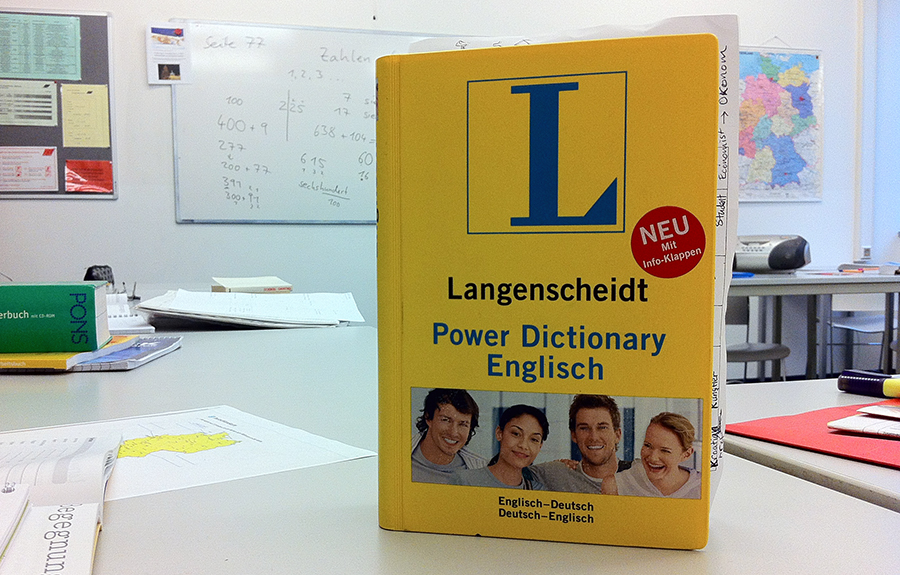 Why did it take me so long to join a German language course?

Without a doubt, I made a lot of excuses over the past year. Some of which were probably unfounded, but some quite rational. I first arrived in Berlin over the summer and within a few weeks had signed up for a full-time job with a travel start up. The company initially led me to believe they’d offer German language courses because so many of the employees were international. But I quickly learned otherwise. It was, after all, a Sawmer company.

And while I learned plenty about the inside workings of SEO and the tourism industry, and even more about the Berlin start up scene, I never fully grasped the language. Rather than dig myself even deeper into the start up scene, I left the company after three months and started talking about a German language course again. I was finally willing to commit myself to living in Berlin—a place which was beginning to feel more and more like a home even after just 6 months.

But last winter, rather than scrounge up the Euros to learn a new language, I threw my money into my backpack and decided to spend what I had on travel. That lasted all of two months. I flew home to the USA for Thanksgiving, then back again only to leave on a candy tour through Germany and a week of travel in Jordan. Before I knew it, it was Silvester (New Year’s Eve) and I’d done nothing about learning the German language. 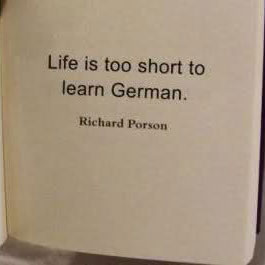 After the New Year I resolved to do something big with my new life in Berlin. It took me all of four days until a job at yet another start up company fell into my lap. Before I could barely put my New Year’s resolutions onto paper, I agreed to take the job. Distracted yet again, I initially pushed for a short work week so that I could, in turn, improve my travel blogs, travel and, yes, just maybe, learning German. But when you’re paid by the hour, sometimes it can be difficult to tear yourself away from an income to invest (time and money) in your future. And here I was again, working in an international start up with no energy to learn anything more than I needed to. A quick fix.

By the time summertime rolled around again, distracted with an almost-boyfriend, a desire to turn my blog into a business and a healthy dose of wanderlust after a hard, cold Berlin winter, I found myself ready to move on again. I threw around words like “Maybe now I’ll have the time to learn German” and “…being self-employed, I’ll have more time to read and study.” Instead, I traveled of course. Spain and Italy. Weekend trips and that quintessential Berlin summer of cheap beers, barbecues and all-night parties.

Call me lazy. Call me a stupid American. A fool, or an obnoxious expat. Life got in my way, and rather than try to improve that life, I was living for the quick fix. The easy way out. With little desire to move too far forward. As they say, life is too short to learn German.

But then things finally caught up. With a bit of financial security and—finally—more stability in my Berlin life, I found myself with not just the time to learn German, but the desire. 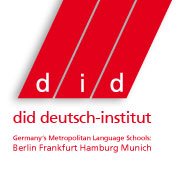 This was the next hurdle: picking the right course. There’s the veritable and always popular Volkschule—essentially community education courses run by the city governments. The popular choice for most Berlin expats and lebenskünstler visitors, the Volkschule courses are often booked solid months in advance. After over a year of trying to find the motivation to learn German, I didn’t want to wait another couple of months lest I lose the desire.

With the help of Latitude Travel—an international education consulting company whom I met with earlier in the summer—I was referred to the did deutsch-institut. The school came highly recommended to me because of a few reasons, notably that the school is a family-owned course across Germany that only teaches the one language. With the help and support of both Jeanette at Latitude (@gostudywork) and the did deutsch-institut, I found myself finally enrolled in a Berlin language course. Finally.

To keep myself motivated for this course I’ve decided to keep a daily journal online. Rather than write and publish here, I’ve set up a blog all about my German language studies and my life in Berlin: My Berlin Story. The language course started last Monday and I’ve already learned and shared quite a bit. One thing I’ve already discovered about learning languages is how important it is to practice. Practice, practice, practice! And by writing such a public, daily journal I hope to keep myself motivated. There’s no doubt that my public attempt to learn a language will be embarrassing  but hopefully that’ll just push me forward.

You can follow along my journey to learn German for the next month at myberlinstory.com. I’ll be sharing tidbits of information from my language course as well as general happenings and things I get up to in Berlin. You can already read about my first week in some of these highlights:

As you can tell, I’m still having some fun here in Berlin. Just this time I’m trying to learn the language, too :)

If you’ve got any tips or suggestions for learning a foreign language, leave them below in the comments! I could use all the help and support as possible!