Israel is no stranger to online media and technology. When I lived in Tel Aviv a few years ago, FourSquare was seemingly more popular there than in my hometown of Boston. Maybe it’s because the country is new and the people there have struggled for so long and for so much, but innovation and creativity seem to flourish in this little corner of the Middle East.

For years, Tel Aviv has had a reputation for creativity and innovation in start up companies, so it’s no surprise that Instagram is equally popular in Israel. Perhaps too much.

Here’s a quick summary of my 10 days traveling around Israel though my Instagram photos. Be sure to follow me Instagram here and stay tuned for many more posts about my travels in Israel and the West Bank! 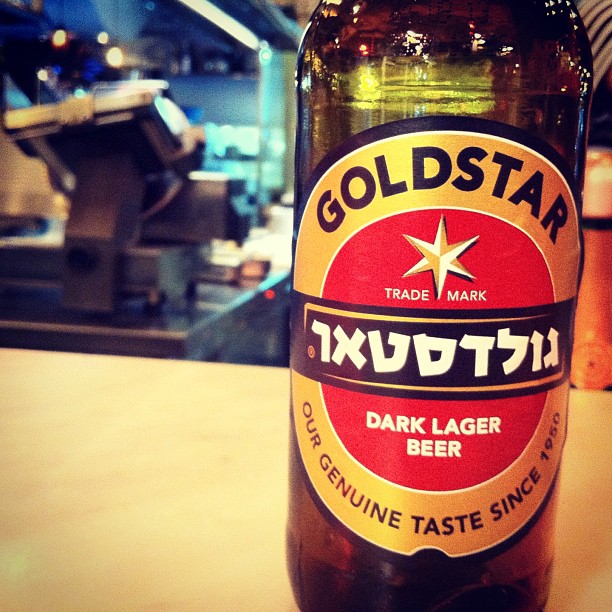 Goldstar is one of Israel’s most popular beers. There are many other beers in Israel but this is the most common one you can find in bars and restaurants alike. It’s not bad, but I also like some of Israel’s many microbrews. On my very first night in Tel Aviv, I got caught in a rainstorm while wandering around the Tel Aviv port, so stumbled into a tapas bar and enjoyed a cold one. 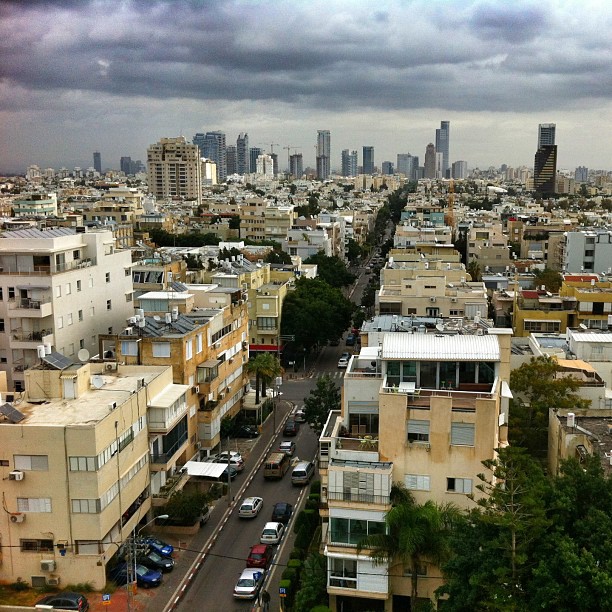 From the rooftop of the Melody Hotel there were views of both the Tel Aviv beaches and the city skyline. Read my review of the hotel here. 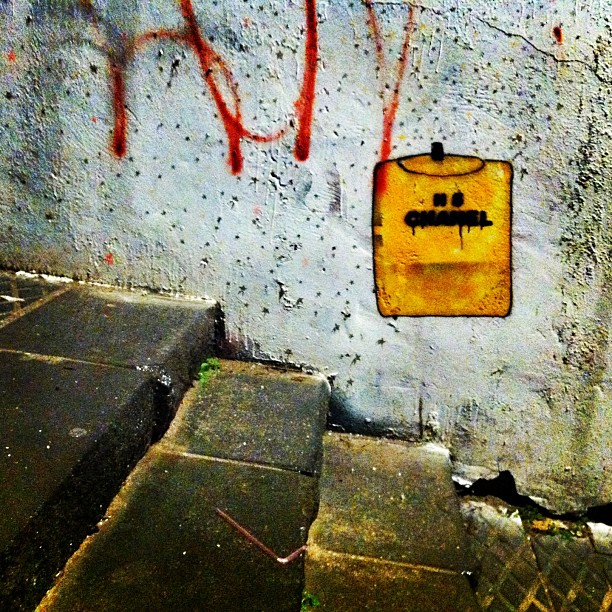 I’ve always thought of the street art in Tel Aviv as “cute”—so many small iconic designs hidden around the city. But there are plenty of bigger murals and graffiti pieces as well, most notably by Dede. 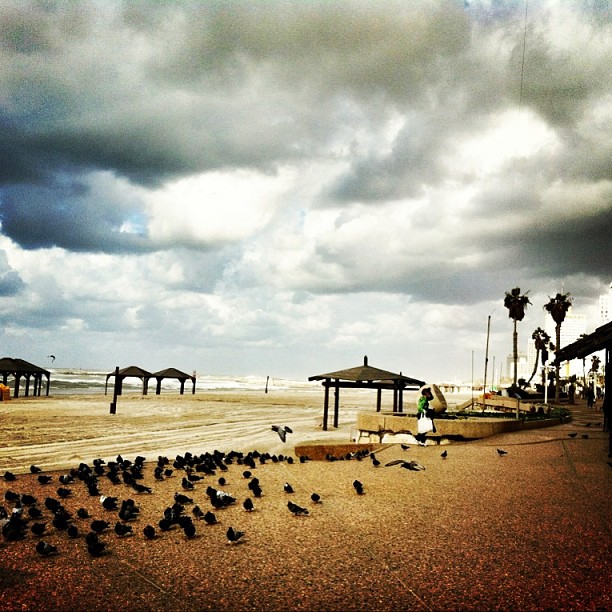 Even though the few days I spent in Tel Aviv this winter were the worst weather days Israel has seen in years, I still love the Tel Aviv beaches. 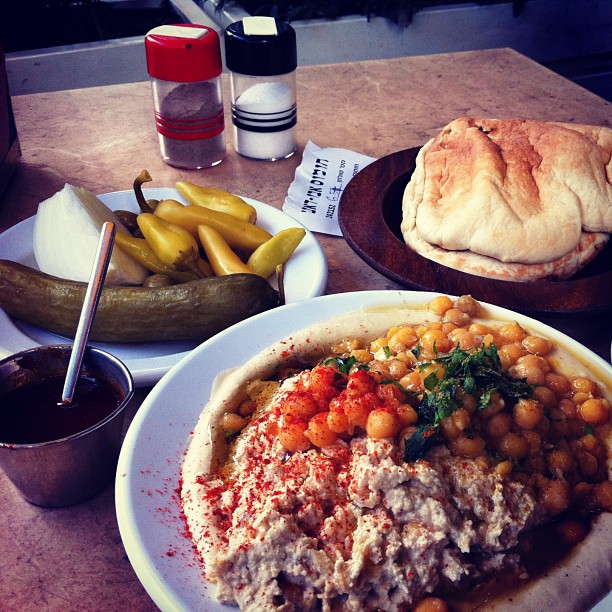 One of my all-time favorite hummus restaurants in Tel Aviv is at Hummus Abu Dhabi. The reggae restaurant serves up some great hummus varieties among interesting people.

Leaving behind Tel Aviv, I went to the desert. In Mitzpe Ramon I went for a morning hike (about 3 hours) through the massive makhtesh—not a crater formed by a meteor, but rather geology. Inside the crater at Mitzpe Ramon in southern Israel. Lots of treks/hikes through the crater. I started at the top and went inside before hitch hiking back to town. In Mitzpe Ramon, I stayed at the Green Backpackers—an awesome hostel where I met other hikers and backpackers. Mitzpe Ramon was also home to a pretty cool art gallery and an excellent hummus restaurant called Jinjy. 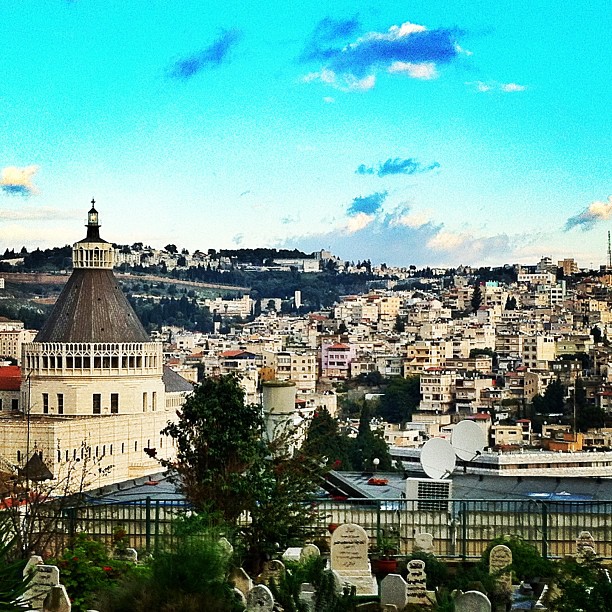 In the north of Israel I visited Nazareth–an Arab city that a lot of tourists sadly skip (or only visit for a day trip). I stayed for two nights at the legendary Fauzi Azar Inn and even if the old city of Nazareth was a bit quieter than Israel’s bigger cities, there were still plenty of things to keep me occupied. And, really, the views were spectacular. 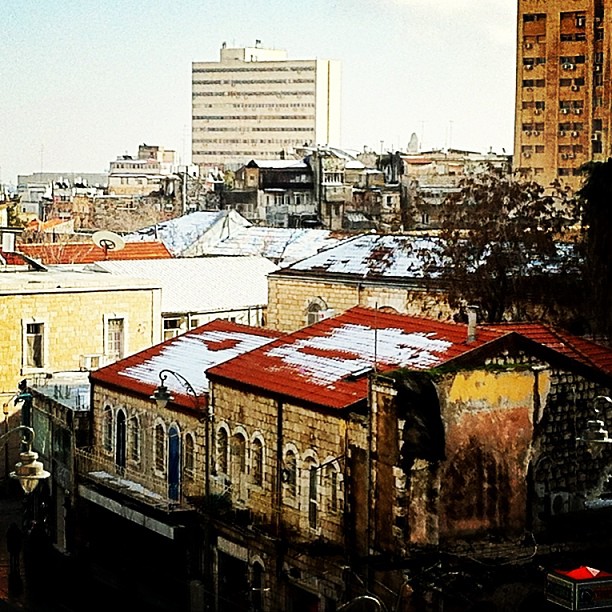 Upon arriving in Jerusalem, I was surprised to find snow on the rooftops! This photo was from outside my window at Abraham’s Hostel in the downtown area of western Jerusalem. 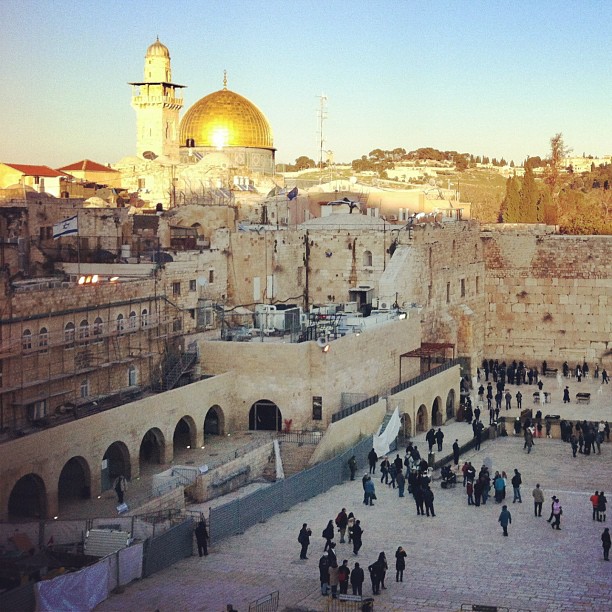 What view of Israel wouldn’t be complete with out a photo from Jerusalem’s Old City? I think the city of Jerusalem fascinates me so much because not only are some of the world’s most ancient historical sites located here, but you’ve also got religious holy sites and archaeology digs. And on top of it all, there are people who live in Jerusalem. It’s truly a living city. Here, taken from the Jewish Quarter, you can spot the Western Wall and Dome of the Rock.