Fun fact: Belgium was the 2nd country in the world to legalize same-sex marriage

This past weekend was the 2nd annual pride parade in Antwerp, Belgium. I was a guest of Visit Flanders tourism and spent the weekend binging on Belgian beer, fries and seafood, with plenty of time indulging in Antwerp’s gay nightlife. The pride weekend included open-air parties with live music, appearances by Loreen (Eurovision winner) and Boy George.

Belgium was the 2nd country in the world to legalize same-sex marriage, all the way back in 2003. The atmosphere in Antwerp during Pride was a lot of fun—mostly because the city was fully decked out

Like many of this summer’s gay pride festivals, there was plenty of talk about recent gay rights abuses in Russia. There was even a “kiss-in” the day before the pride parade in front of the Russian consulate. I spotted these lovely characters above at the open-air party following the pride parade on Saturday. The party wasn’t exactly riveting, but the crowd seemed to be living it up! 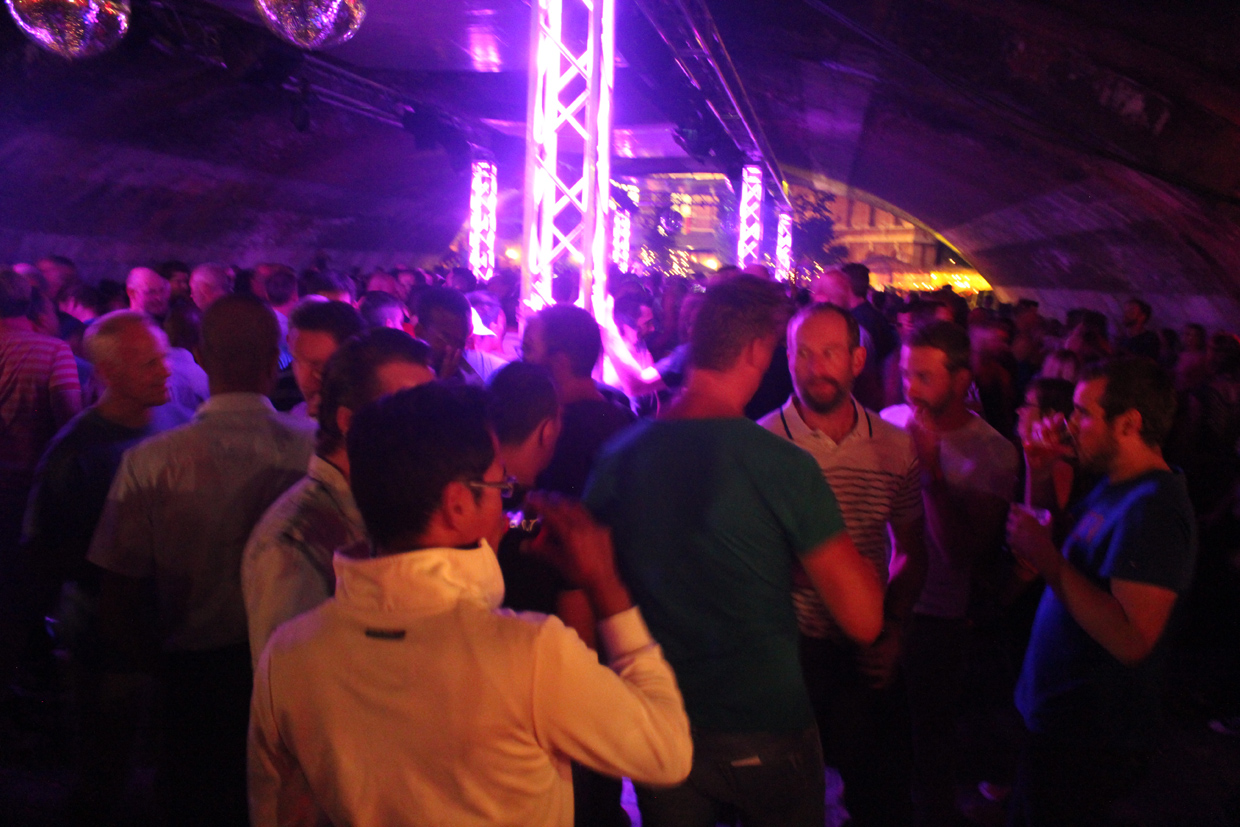 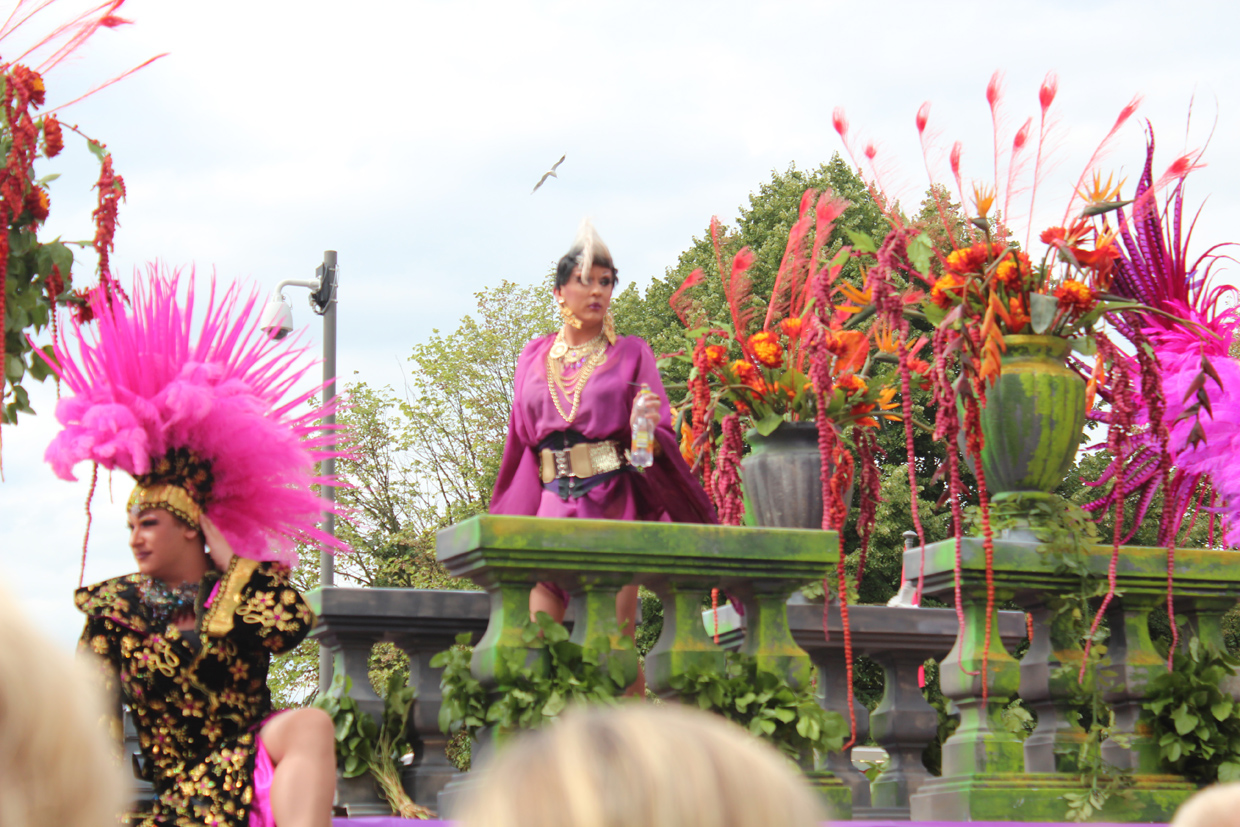 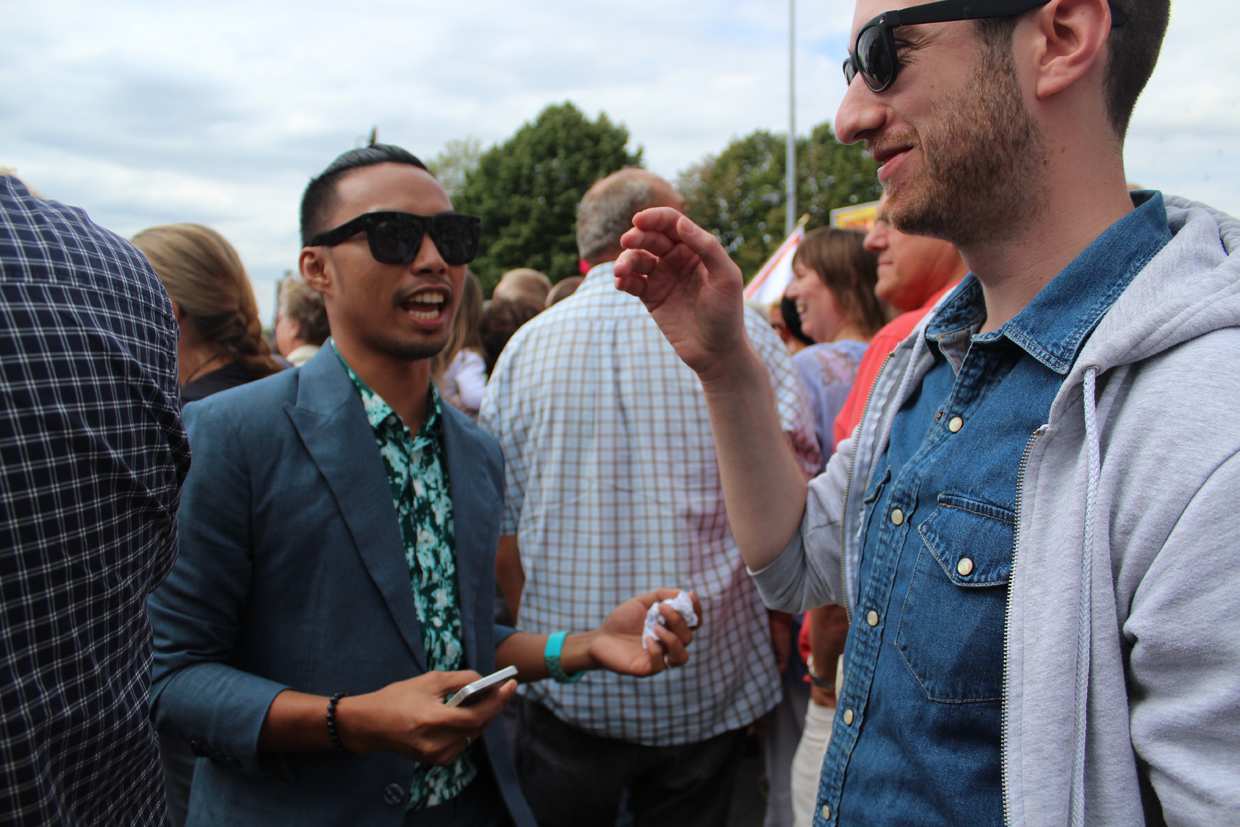 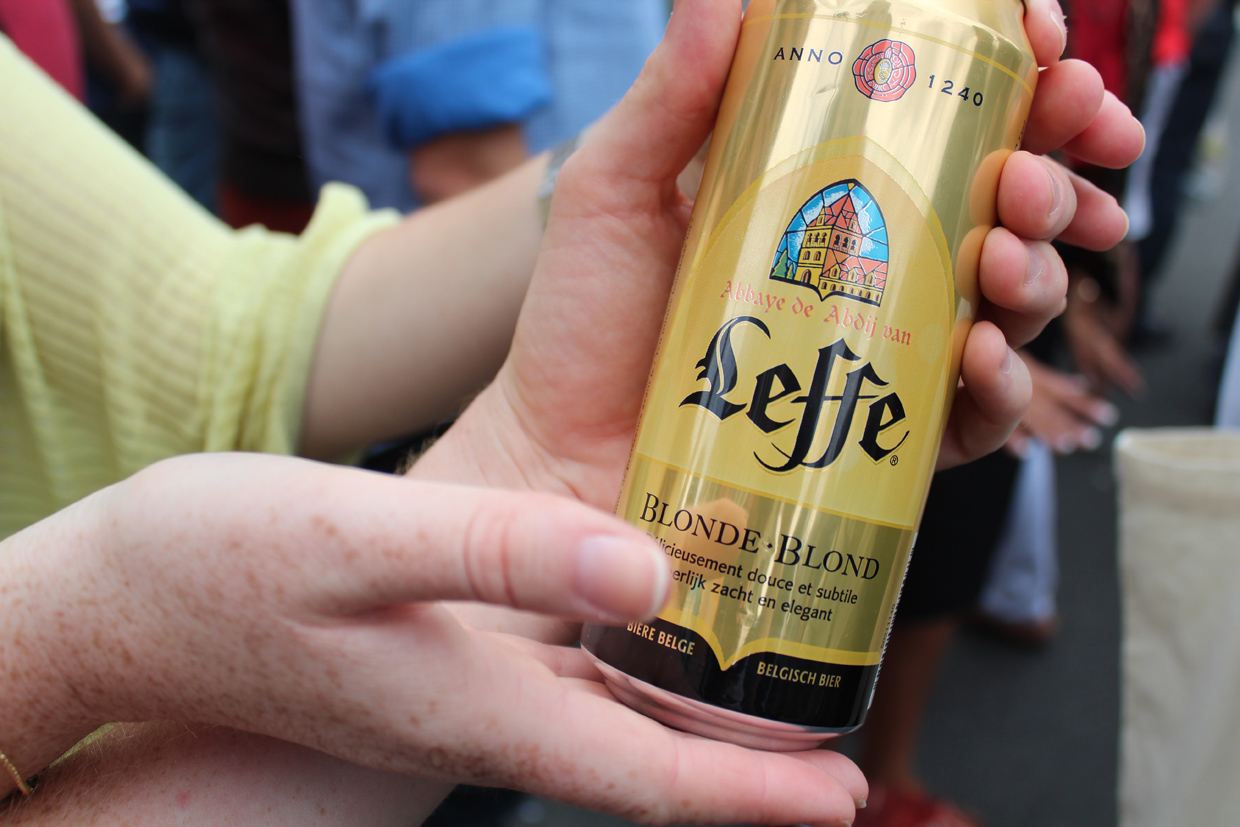 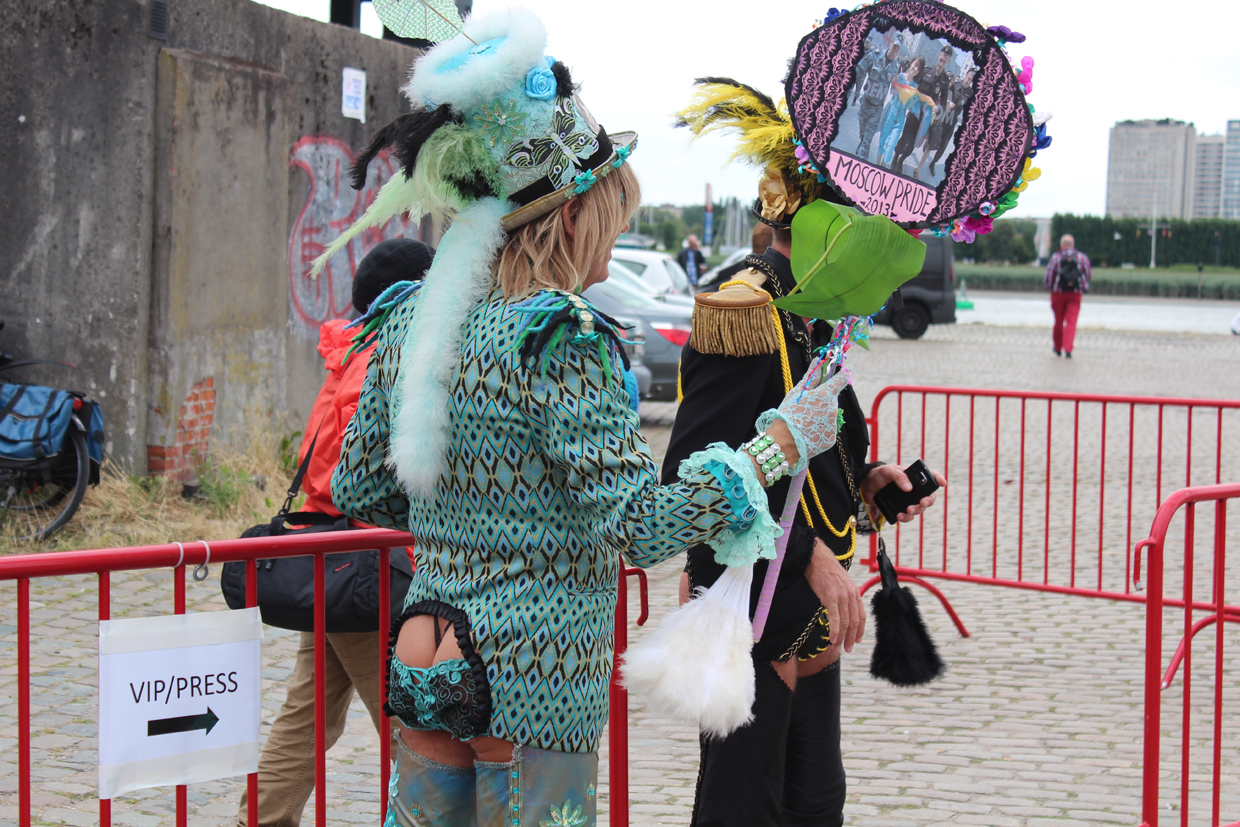 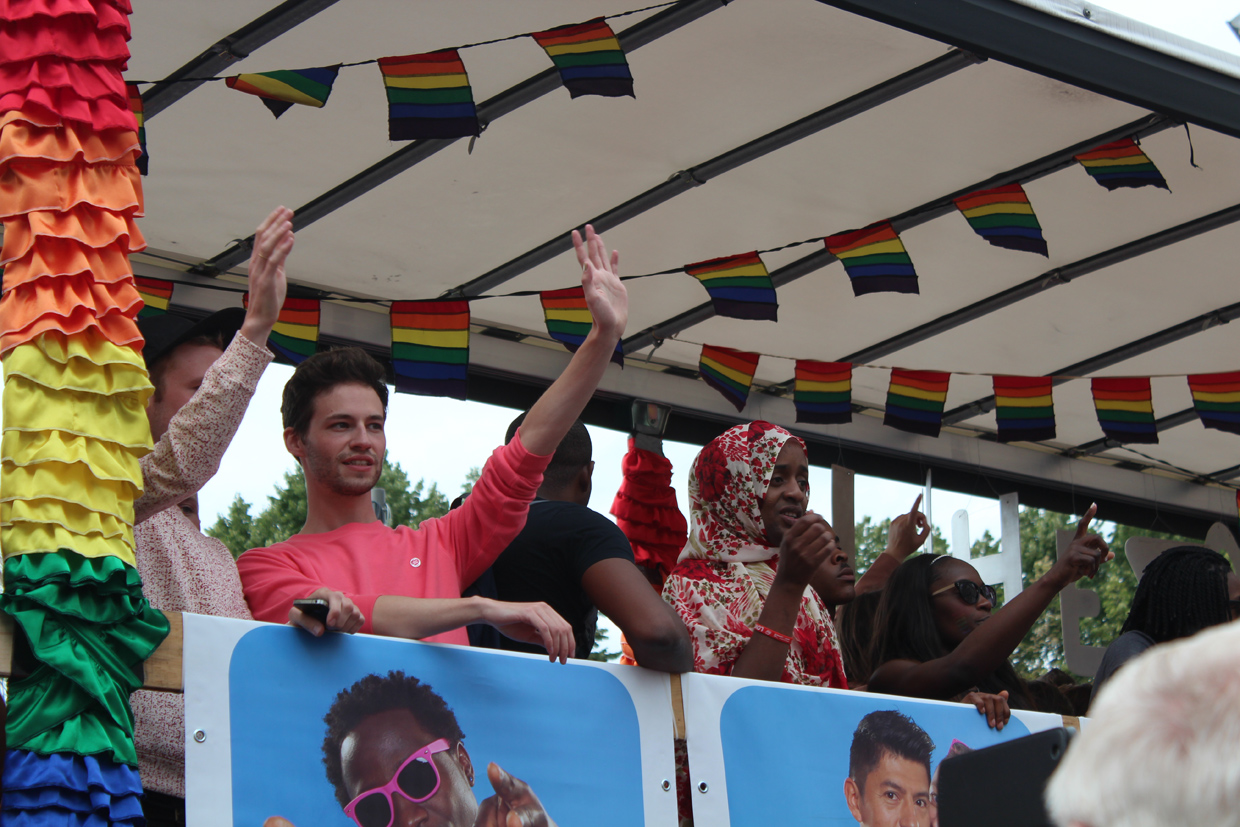