And then I was in Spain... Starting my year with my 2014 goal of learning Spanish. Why, where and what for! 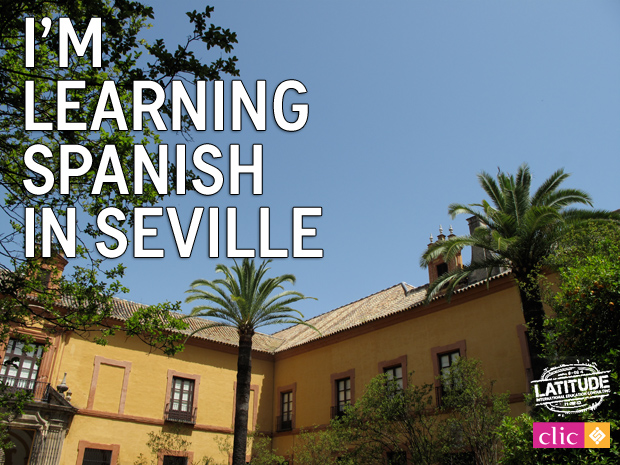 If you remember from my list of goals for this year, learning Spanish is up near the top. So just before my birthday I started making plans to attend a language course in Spain. I felt a bit funny sitting in my apartment in Berlin and planning a solid month away on the other side of Europe. To learn Spanish. (When I very obviously should have been spending my time learning German…but hey, the heart wants what the heart wants.)

But really…I’ve lost a bit of my motivation for learning German. Maybe it was the onset of winter (even if the weather had been mild, the skies have been dark). Maybe it was my stagnant learning (thanks to way too many travels around Europe in the fall). Maybe I just needed a break from Berlin. And so, to reinvigorate myself, to get back into the habit of learning a language, and frankly, to just escape the Berlin winter, I booked myself a flight from Berlin to Seville. And then…here I am! 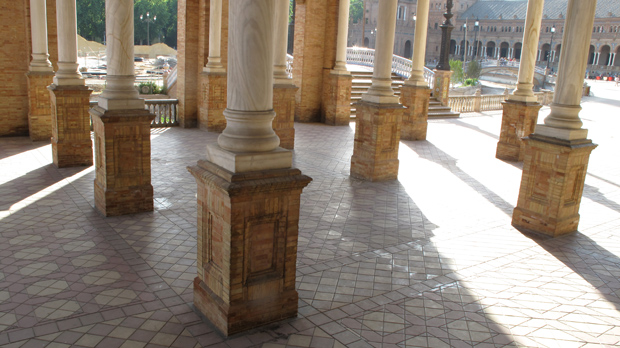 When I decided to learn Spanish (more than just the occasional Duolingo session), I had a few options for Spanish cities good for studying. Madrid, my favorite city in Spain (and one of my top 3 favorite cities in all of Europe) would’ve been my first choice….but Madrid in winter? No thanks! Valencia is another city that I’ve considered for studying abroad, but if I’m going to be on the beach, I want to make sure it’s proper beach weather. Seville—a city I visited early on my RTW trip—seemed like a nice option. It’s in the south so it’s warm. It’s not so far or inconvenient from Berlin. And it’s a popular city for foreigners studying in Spain…whether it’s flamenco dancing, guitar or learning Spanish.

This is a bit of an easier question. Once I’d decided to study Spanish in Spain, I went straight to my friend Jeanette who publishes a work & study abroad website. Jeanette came back with a recommendation for the Clic Language School. Then some bells went off – this was the very same school that my sister Kiera had studied at back in 2001! She had spent several months traveling solo through Europe before booking a study abroad course at Clic where she stayed for a few months.

I was always pretty jealous of the fact that my sister got to live briefly in Spain. Of course this was before I found myself studying abroad in London, in Sydney and eventually doing internships in Tel Aviv and Berlin. But just to make sure I still come out ahead of my sister, I decided to book myself in a 4-week course at CLIC :-P

The Goal? Learn Some Spanish

For the next few weeks I plan to actually hunker down and learn some Spanish. Unlike with my German language studies, this time around I’m actually learning the language because I want to. There’s not really a pressing need to know or understand Spanish; it’s just something I’m interested in. Well, that…and there’s a boy. But that’s another story!

To help myself practice Spanish everyday, in addition to daily classes from 9:15am to 1:00pm:

This is a new challenge for me and it’s been fun so far (I’ve been here since Sunday). It’s a complete personal challenge and a new way of traveling. Traveling with a purpose and a goal beyond discovering and exploring a new place, this way of travel is more about personal growth than anything else. 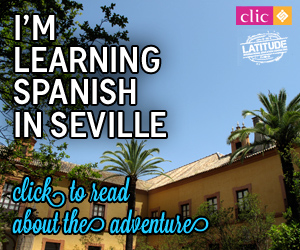 To learn more about my adventures learning Spanish in Seville, including what my first day of classes was like, check out some recent posts on the new blog: