With June each month, the city of Berlin comes alive with a vibrancy and an energy that’s really quite hard to describe. There’s just so much life in this city and after the cold winter and the fresh Frühling, June is usually the month when the city bursts back into life. The open-airs get started, the outdoor kinos are open and the weather is warm, sweaty and sexy. All of that comes into full swing with the gay pride — always at the end of the month spanning two weekends with hundreds of thousands of visitors and a healthy amount of debauchery.

Because it’s one of Berlin’s biggest gay weekends of the year, it’s worth knowing a bit about all the pieces of Berlin gay pride. There are a lot of official events as well as unofficial ones, so it’s pretty easy to get lost. (Not always a bad thing in Berlin!) Here’s the gist:

Berlin Gay Pride – What You Need to Know

Berlin’s gay pride, called CSD (short for Christopher Street Day—a German tradition for all of Germany’s gay prides), starts with the always popular Stadtfest—a street fair with LGBT organizations setting up alongside DJs and summer bars in the historic gayborhood around Nollendorfplatz. It’s one of the most fun events of the gay pride weekends with a laid-back, casual atmosphere. It’s a little less sexual than the official CSD parade on the following Saturday, but just as much fun. It’s also much more of a local affair, though also very tourist-friendly. 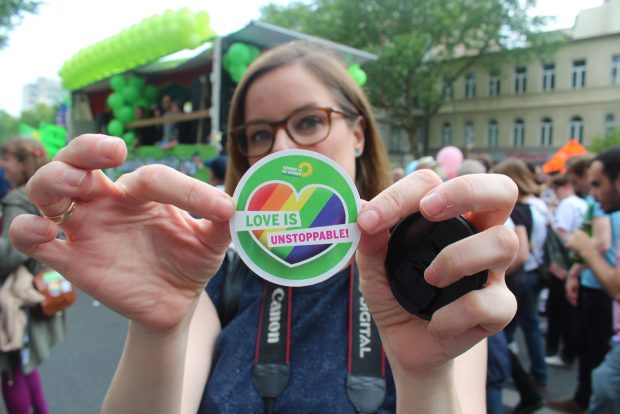 The main attraction, though, is the official CSD parade, starting in Charlottenburg, passing through Nollendorfplatz and ultimately making its way into Tiergarten park in front of Brandenburger Tor. The pride parade is unique from others around the world in that each truck in the parade (and there are over 50!) has its own dance party following behind. Spectators usually watch from the sidelines and join in behind a truck when the music is to their liking. It’s a completely fun environment, watching the parade, with costumes, the occasional bit of nudity and people flyering for different LGBT groups, events and international organizations. 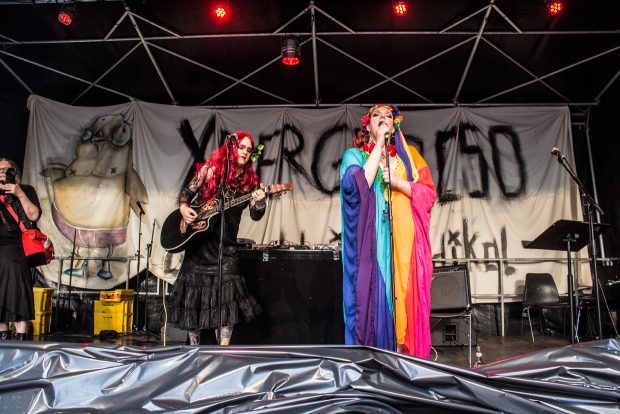 Personally, as much fun as the official CSD party is, gay pride in Berlin is really all about the alternative event in Kreuzberg. With a pride march down Oranienstrasse and parties at some of Berlin’s best alt clubs, the SO36 and Südblock, it’s an event that really feels totally open for any type of person—however they might identify. It’s also much more political than that other CSD parade and party.

This year, the alternative CSD party was one of the best ones yet. Taking place on Oranienstrasse with a few stages set up and spätis selling cheap beers, it was a really fun environment. There were also some groups advocating against the Israeli pinkwashing which was heavily present at the main CSD party. 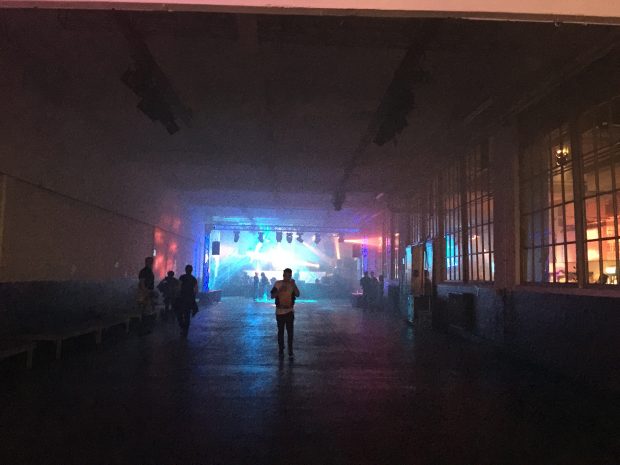 I’ve been to this party a couple of times in the four prides I’ve been to in Berlin… It’s always a lot of fun, though maybe sometimes a bit touristic. This year, Robyn performed and DJ’d which was a bit fun—plus it takes place at the Arena Club which, if you haven’t been, is definitely a venue worth checking out (especially when they put on gay events like the District Pride). Music was fun and the atmosphere was mixed. I spent my time alternating between hanging out on the beach lounging in chairs talking with friends (including my buddy Cheryl and fellow #MyGayPride blogger Margherita) and also a fair amount of time on the dance floor (with a hell of a lot of sweaty, mostly-naked men).

Anyone who follows me on Instagram or Twitter will know by now that SchwuZ is one of my most favorite gay clubs. Located in a former Kindl brewery, the space is modern and cool without being pretentious. Club nights vary from Madonna-only nights to BritPop and electronic, so the club really encompasses all types of party scenes. Plus it’s a pretty mixed club with gays and lesbians, making it a fun place to go out with a group. During CSD weekend, SchwuZ hosts the official lesbian party, plus a queer after-party on the day of the parades. It’s always a lot of fun with a lively and friendly crowd—more so than some of the other CSD parties.

View some photos from the CSD gay pride weekend here, and check at the bottom of the post for additional travel tips during CSD Berlin. 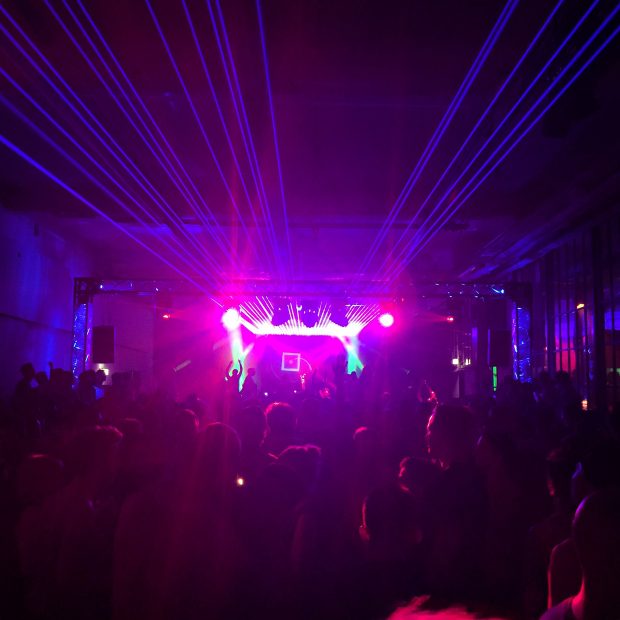 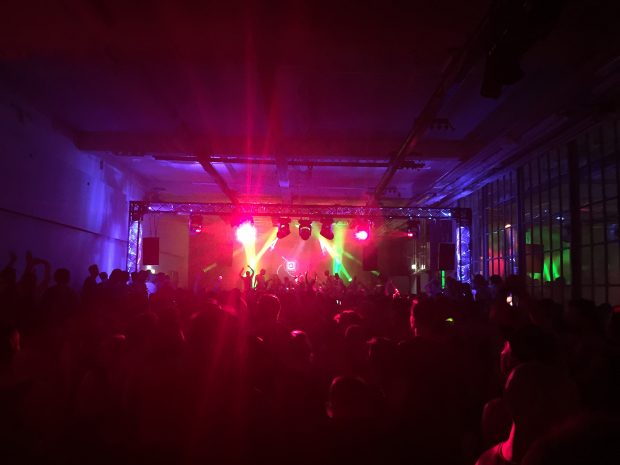 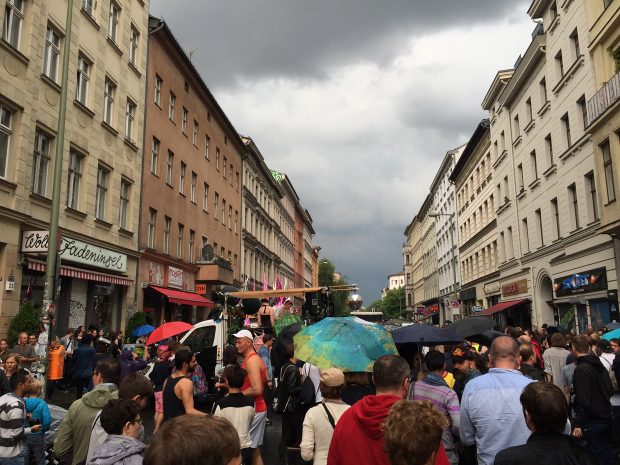 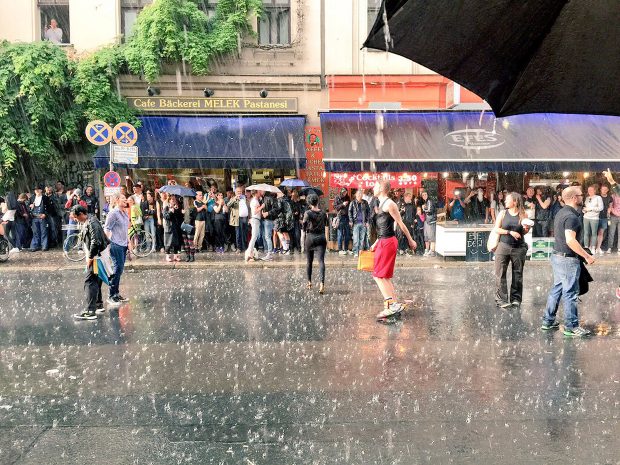 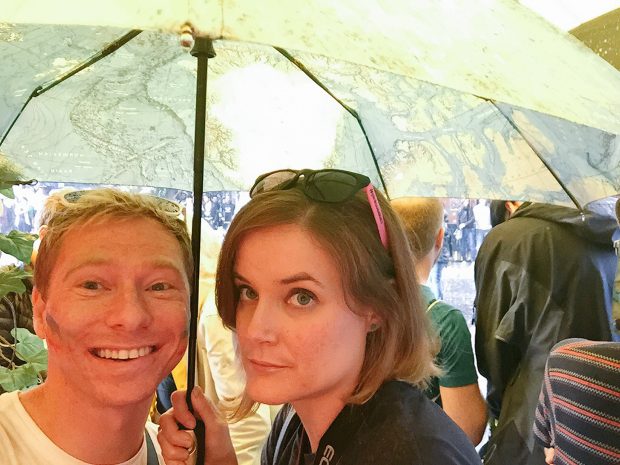 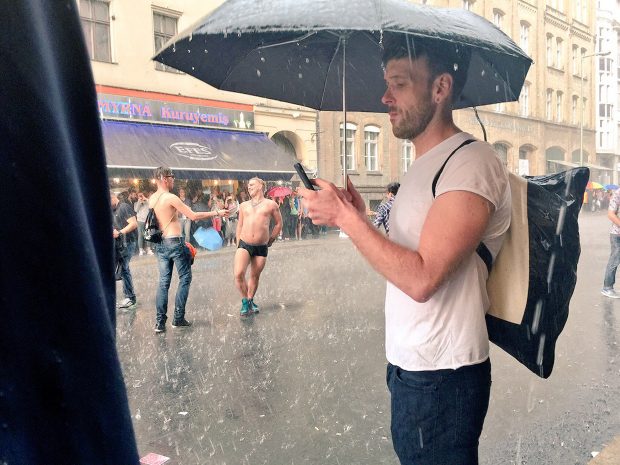 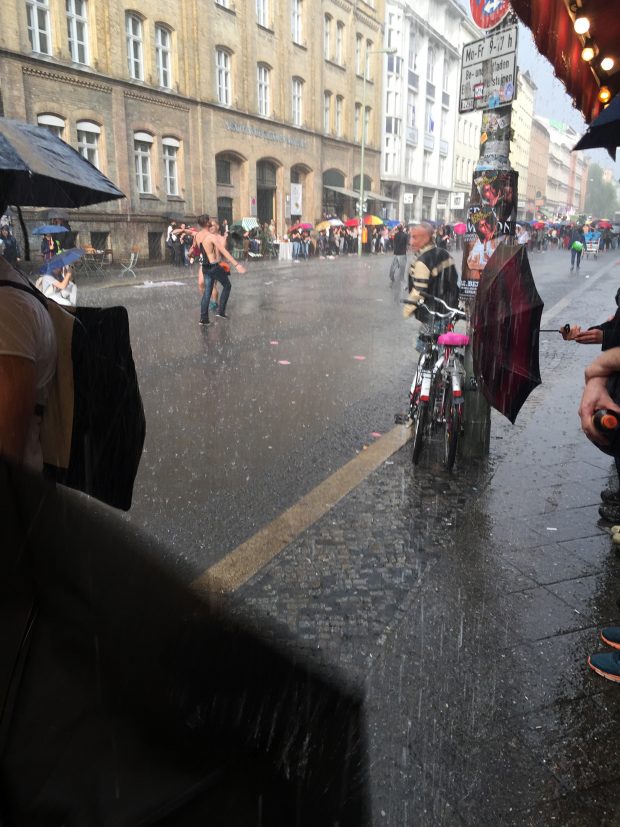 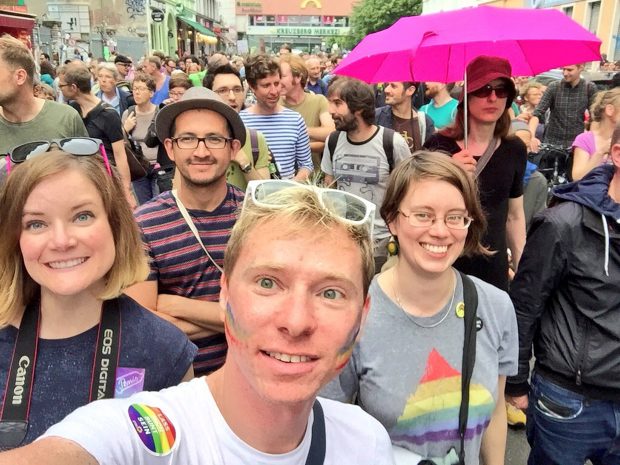 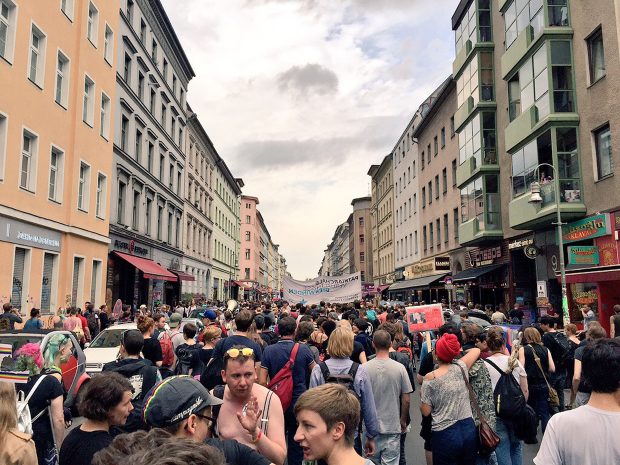 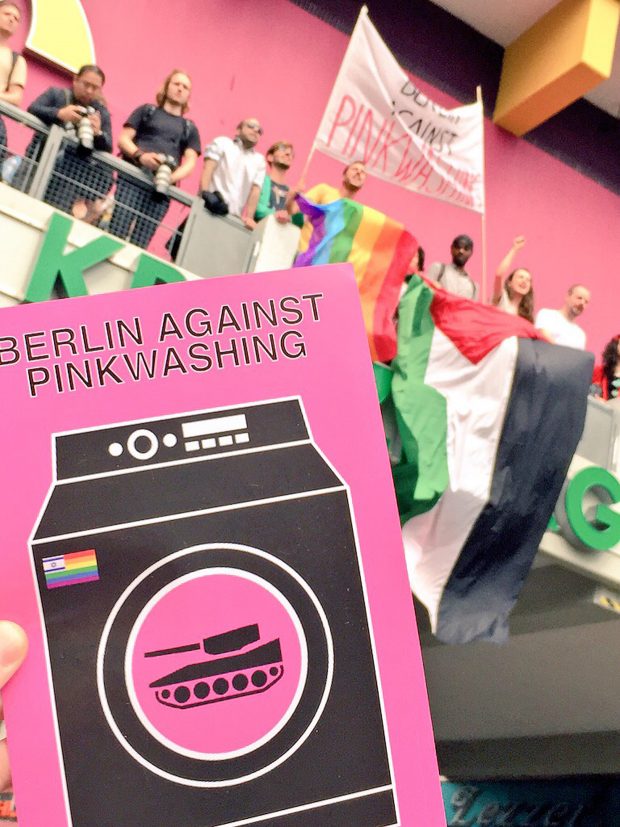 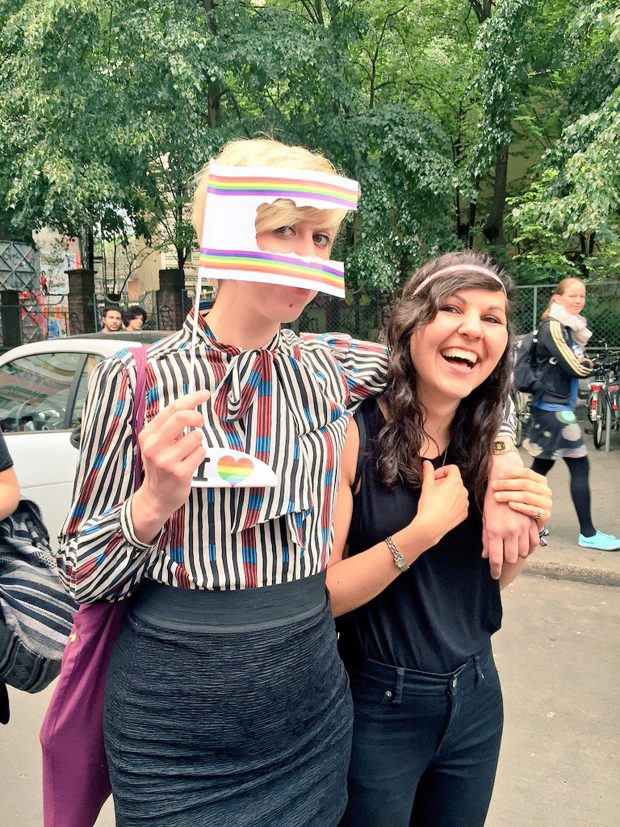 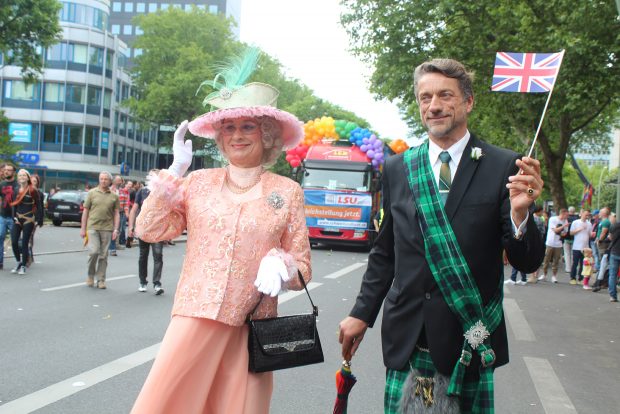 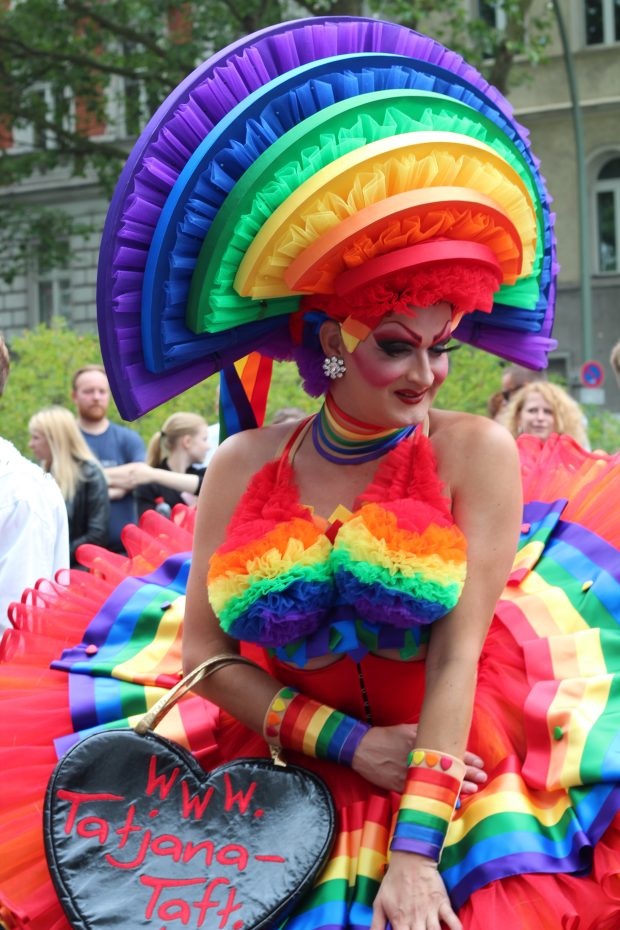 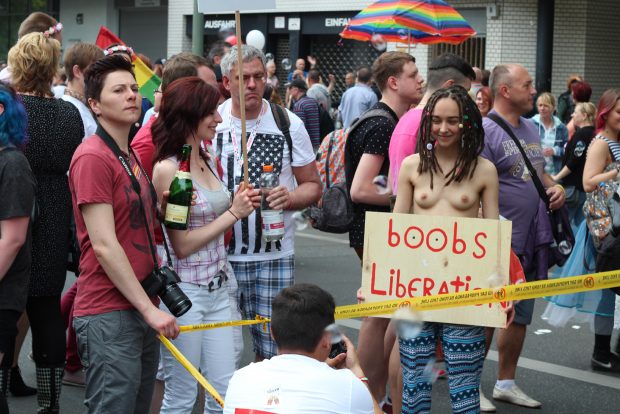 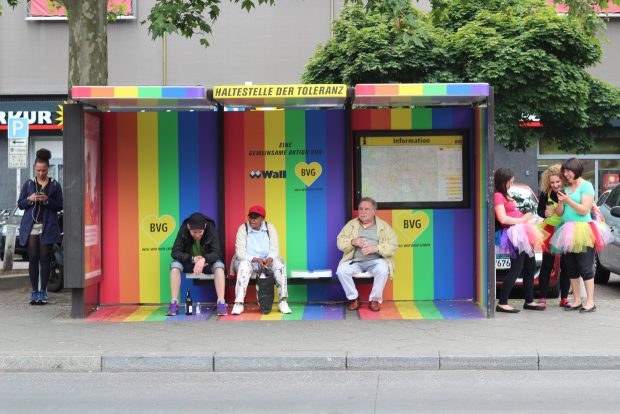 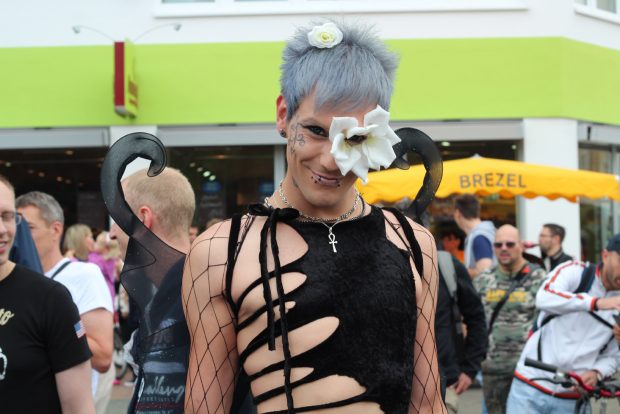 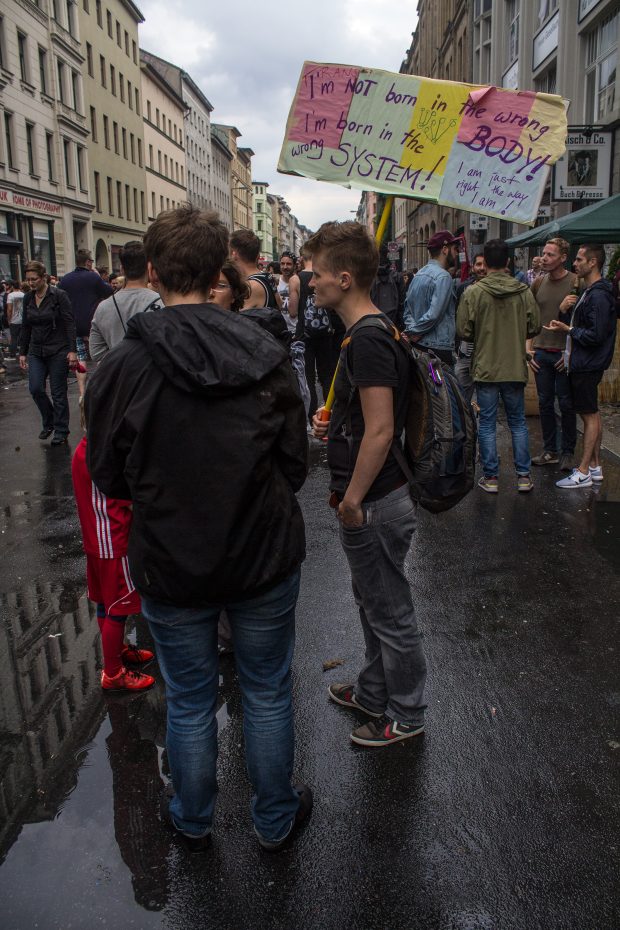 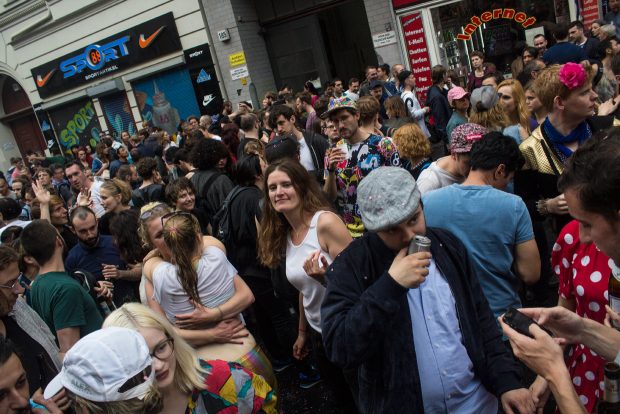 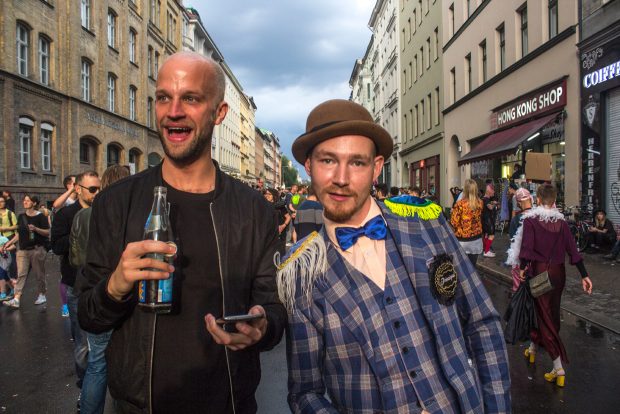 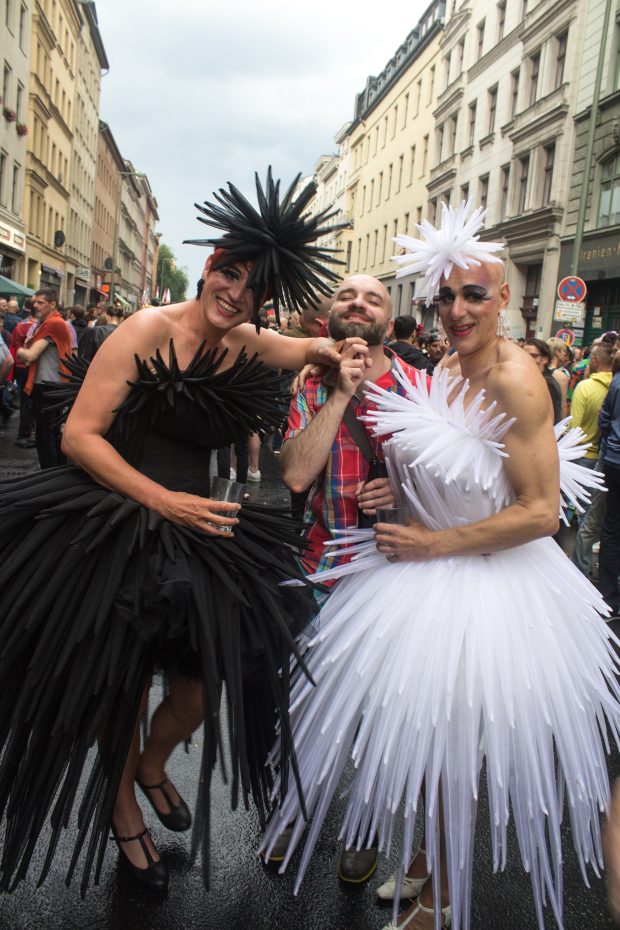 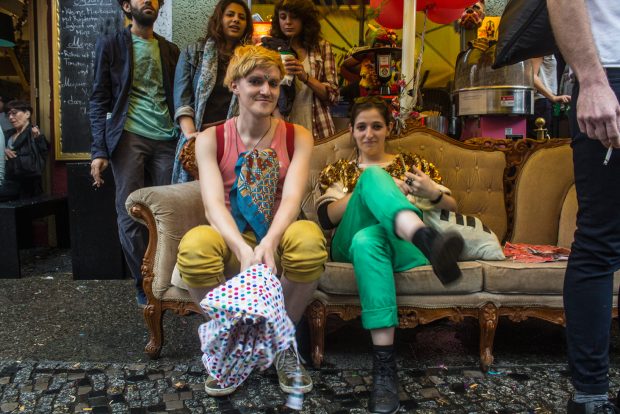 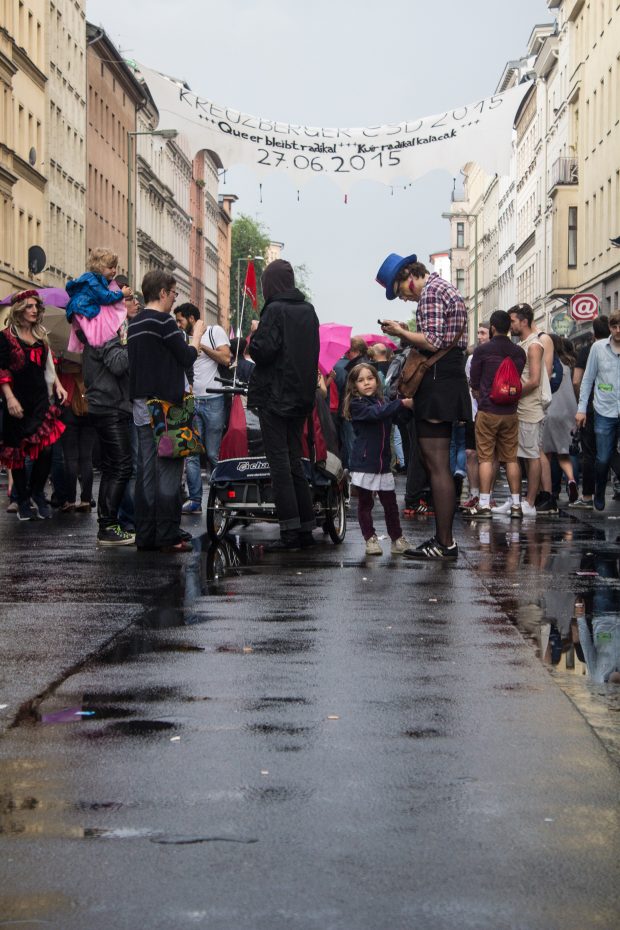 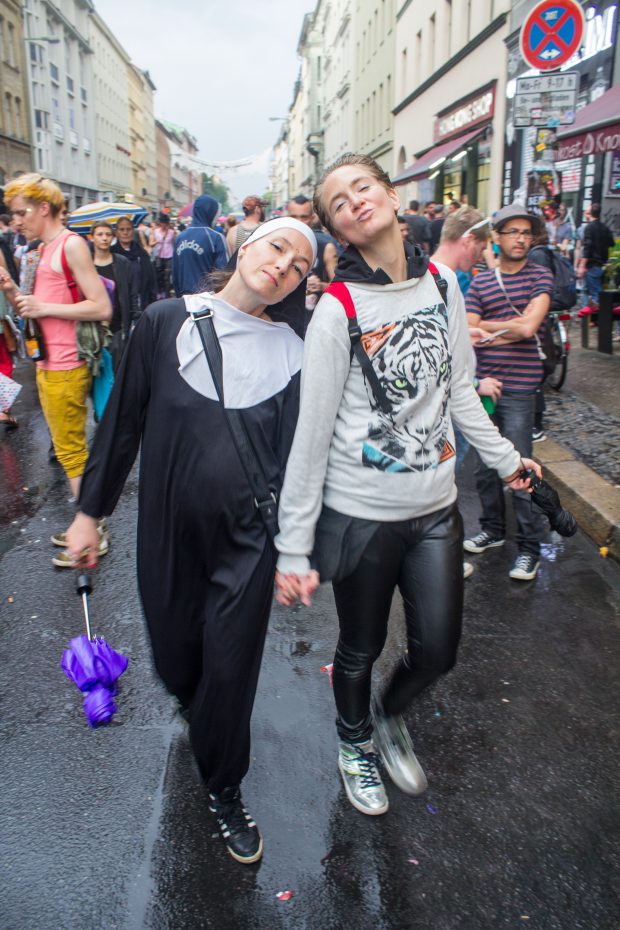 Useful Sites for Planning a Trip to Berlin during Gay Pride 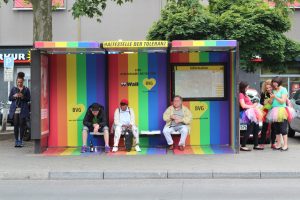 There’s a lot of useless and just plain bad tourist information about gay Berlin. But if you’re looking for details about the city during Pride Week, start with these sites:

Special thanks to Visit Berlin for their support, Two Bad Tourists for putting together the #MyGayPride campaign, Gay Star News as the #MyGayPride media partner and Ezequiel Meza for some of the photography shown here!