Earlier this year, on a road trip through Illinois with the state’s official tourism organization, I had the chance to visit a handful of quirky attractions. On the road trip, I specifically sought out a trip to Rockford, Illinois to visit the city’s sock monkey museum (which was small, but kind of cool), but what I didn’t expect to find in the city was a handful of other equally interesting museums. The coolest was the Burpee Museum of Natural History, and for a part-time dinosaur nerd like me, it was a fun way to visit.

Standing inside the museum’s entrance, in front of a large dinosaur display and a skeleton fossil hanging from the ceiling, I couldn’t help but realize this could’ve been the scene from any major archaeological museum in any major city. And yet, here I was in a small city between Chicago and who knows where else—famous for its’ Swedish pancake houses and a Harley-Davidson dealership. That’s what I love about America, though. Sure, it’s the big cities which are unquestionably amazing, but with hundreds of millions of people scattered across the continent, the smaller cities in-between are almost equally interesting. Rockford was just a one-night stopover during my Illinois road trip, but it was one of the top highlights on my one-week trip. Mostly because all of the city’s attractions were so random and quirky and surprisingly cool. (Also the company, but that’s a whole other story!)

The Burpee Museum of Natural History seems like the type of museum you’d find in a major metropolitan city, but here it is, in Rockford, Illinois. Don’t get me wrong, Rockford isn’t a small city. But it’s also not the type of city you expect to find a dinosaur museum. The museum has been around for over 70 years, starting out in a local family’s house until it expanded to its present location. Today, the museum’s biggest attraction is Jane: the world’s best-preserved and most complete fossil of a juvenile Tyrannosaurus Rex. Again: not something you expect to stumble onto in a road trip outside of Chicago. But this is America. And you can find just about anything on the side of the road, including a T-Rex.

For a roadside attraction that was just supposed to take up an hour of our time during the road trip, the Burpee Museum was way more interesting than expected. Besides the T-Rex Jane, there were also triceratops fossils—almost more impressive, to be honest.

Why do I bring up all this about dinosaurs? Well, while watching Jurassic World at the cinema this weekend, dinosaurs popped up in my mind again… I’ve been to a handful of different natural history museums in my lifetime, but my visit to the Burpee this past spring was my first time visiting as an adult. And let me tell you this: dinosaurs are awesome no matter what your age. 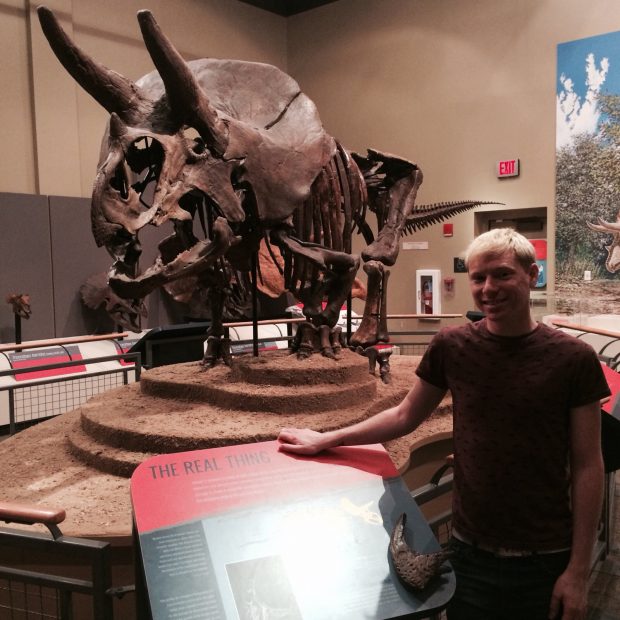 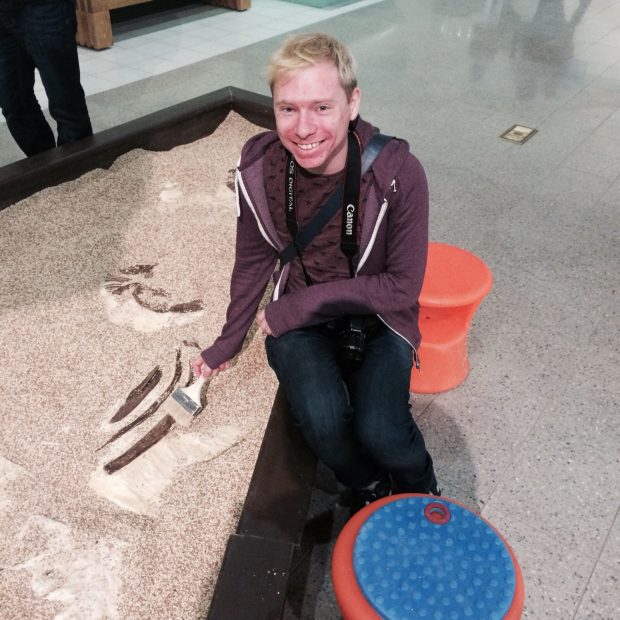 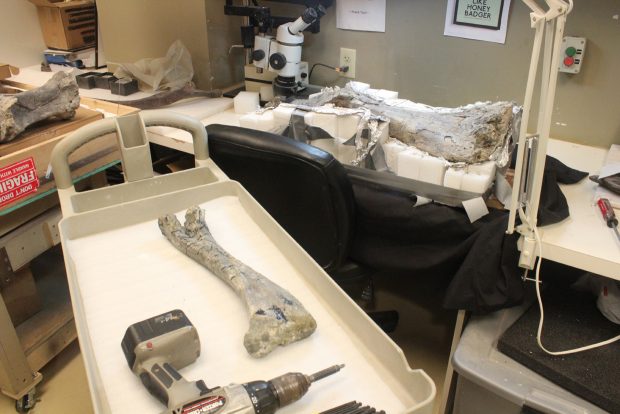 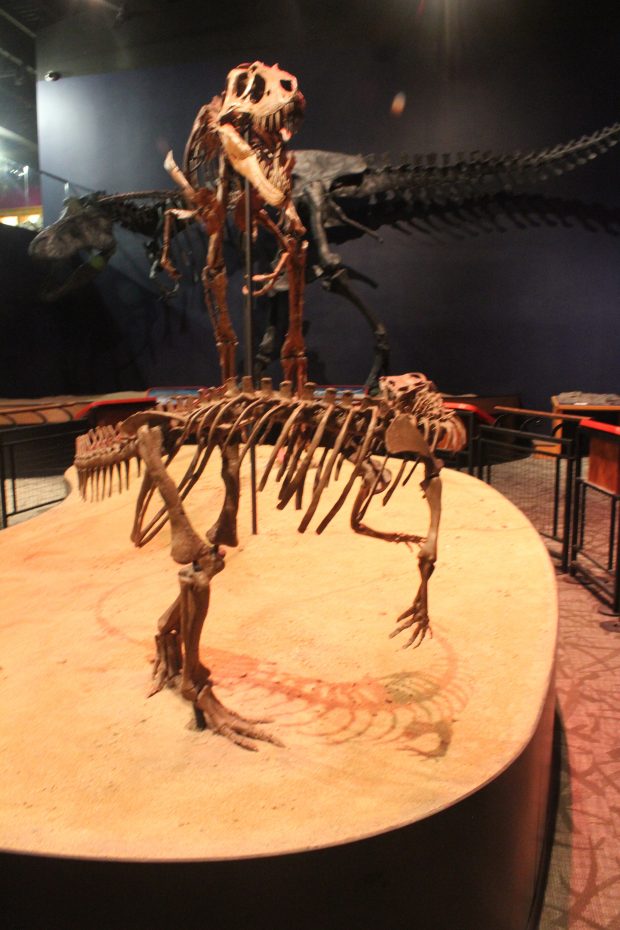 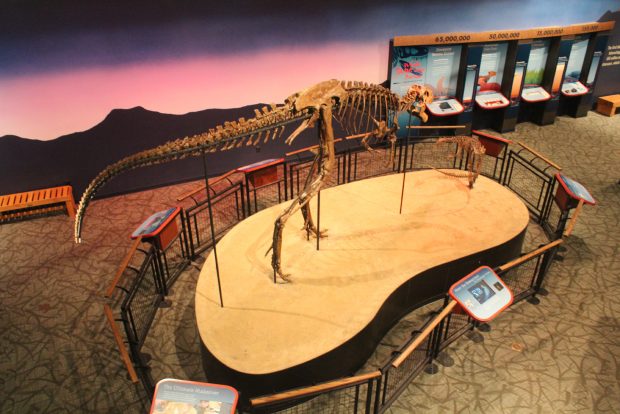 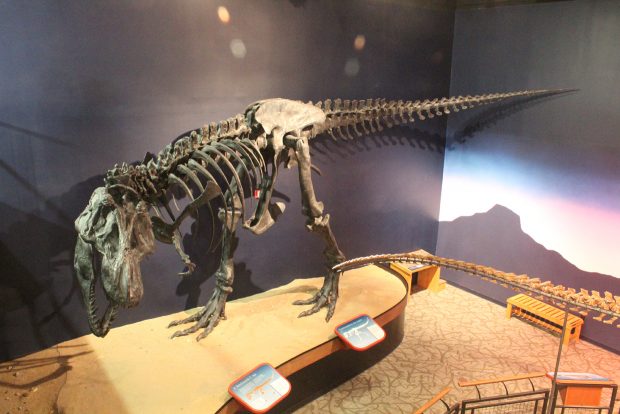 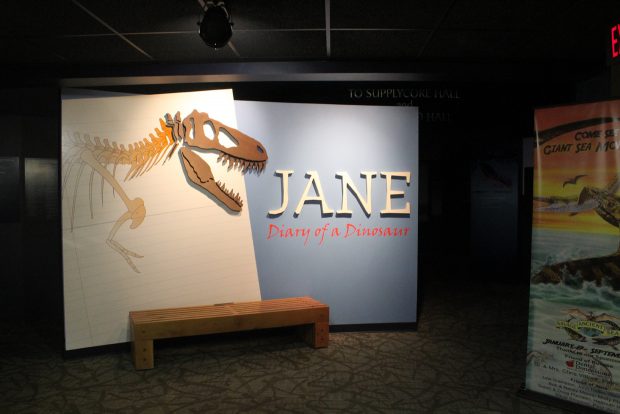 Learn more about the Burpee Museum on their website: burpee.org. And find more information about Rockford on the city’s official tourism site, gorockford.com, or the Illinois Tourism website. Read more about my road trip through Illinois here.