I’ve got this thing for Scandinavia. 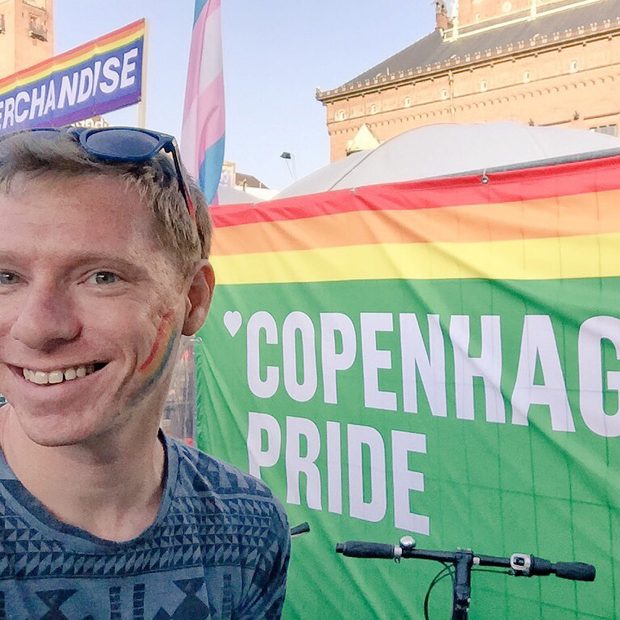 Having never been to Copenhagen before, when I arrived on the weekend of gay pride, I wasn’t entirely sure what to expect. All I had known about Copenhagen was the fact that it was supposed to be expensive. I’d heard rumors of 40€ brunches (per person!), but when I showed up, I found a city completely different than anything I had assumed.

First, the train from the airport into the city center was cheap — about 5€, what you would expect for most airport transfers. Within a half hour of landing at Copenhagen Airport, I was already checked into my budget-friendly, design hotel (my favorite kind of hotel): the Andersen. The cute staff was a little less than friendly, but after speaking German, they opened up—directing me to some cool & trendy cafés in the nearby Meatpacking District while I waited for the official Pride parties to start that evening.

Copenhagen Pride was surprisingly fun—and not just because I had VIP access to the backstage. On the night before the official pride parade, the main stage (a square in front of the City Hall temporarily renamed Pride Square) hosted a long night of drag performers. The colorful night went on for hours—maybe too long—but it was a welcome escape, different than many other pride events I’ve been to (and it was hosted in English!). The crowd seemed to love it as well, phones in the air recording acts and everyone just generally soaking up the atmosphere.

Besides the Friday night drag show, Copenhagen’s main gay street, Studiestræde, turned into a free pedestrian street festival—with stages and bars setting up outdoor venues. The new gay shop, Homoware, was one of my first stops in Copenhagen—to pick up some supplies for the weekend (various rainbow-themed things).

Saturday’s pride parade saw over 50 different organizations participating, with a lively atmosphere. There wasn’t much music, but drinking on the street is legal in Copenhagen, so the crowds were out in full force. Glitter was everywhere, obviously.

With the end of the Copenhagen Pride on Saturday night, there were parties across the city, including the official closing party at a cool warehouse space that went long into the night. Copenhagen, a very welcoming city, put on a great show. The pride weekend felt very approachable as a tourist—locals were friendly and social (not just on those gay apps), and the whole city felt alive with pride. There was definitely a local community feeling to some of the events, but one that was friendly to the tourists. 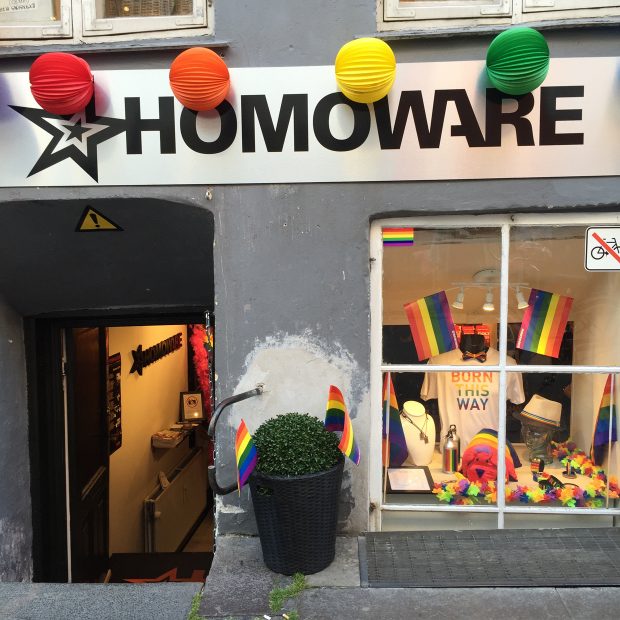 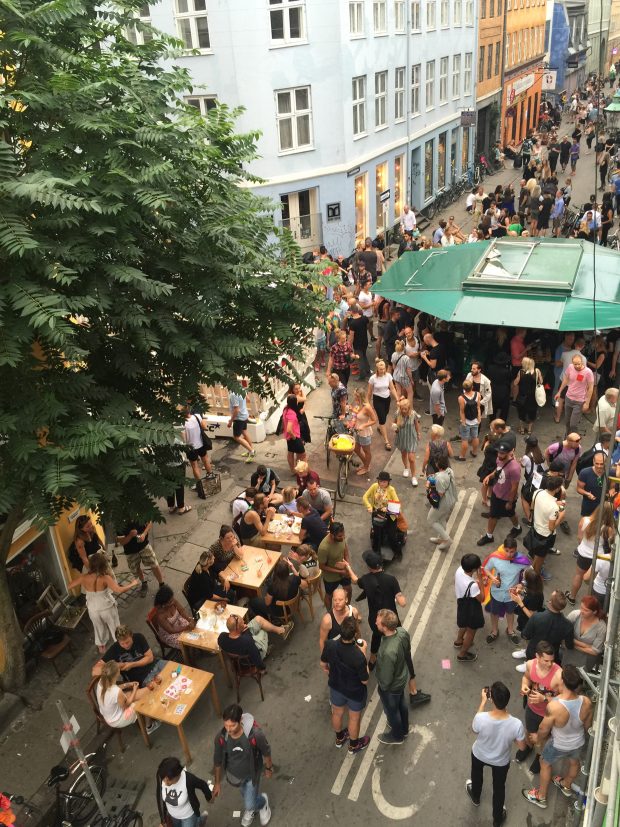 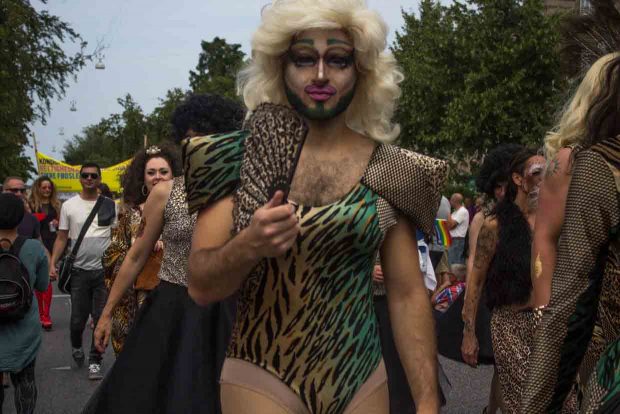 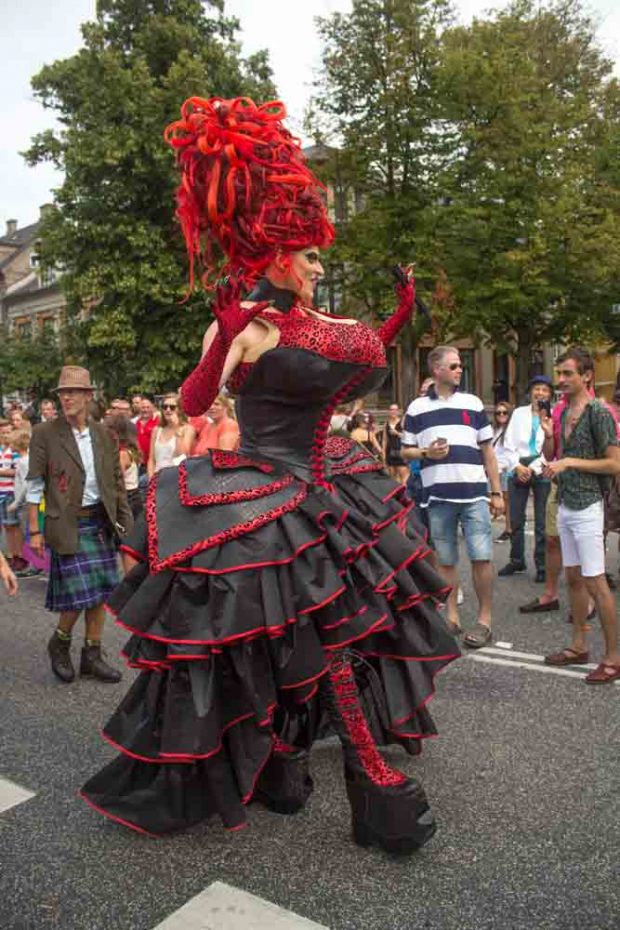 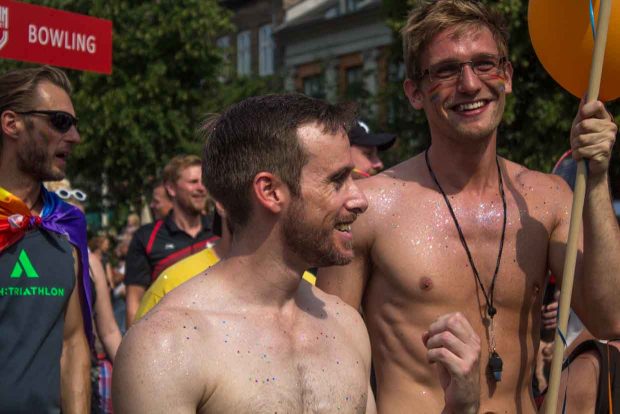 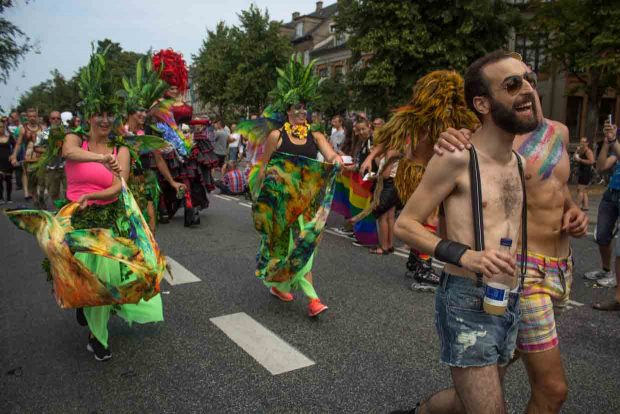 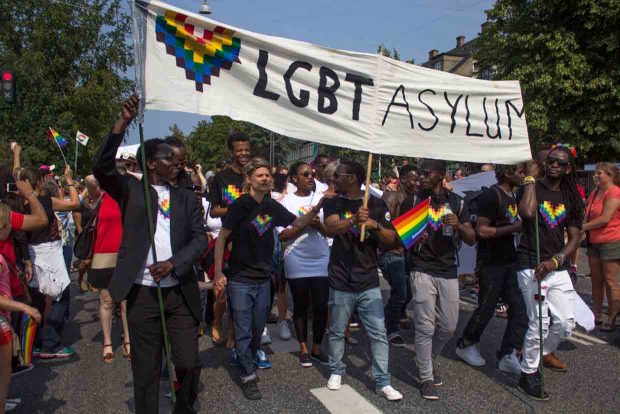 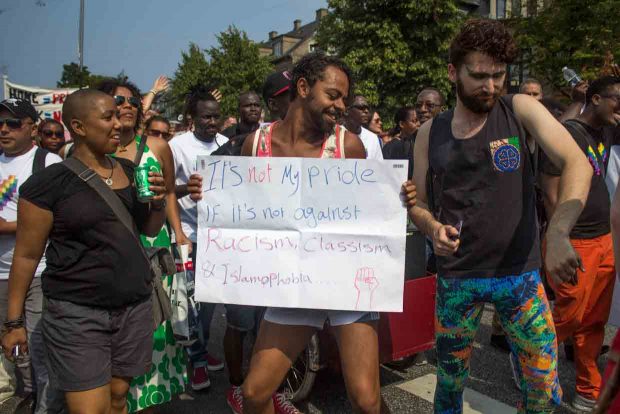 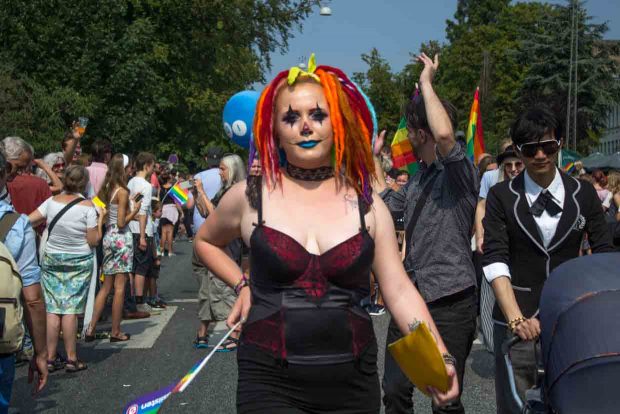 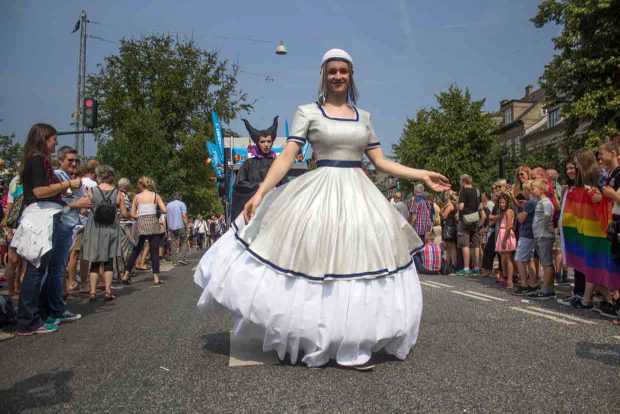 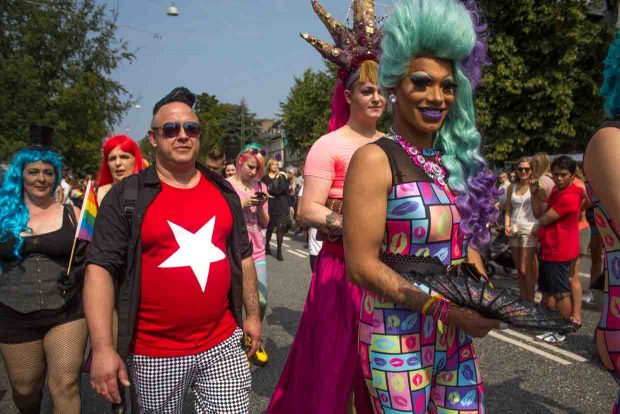 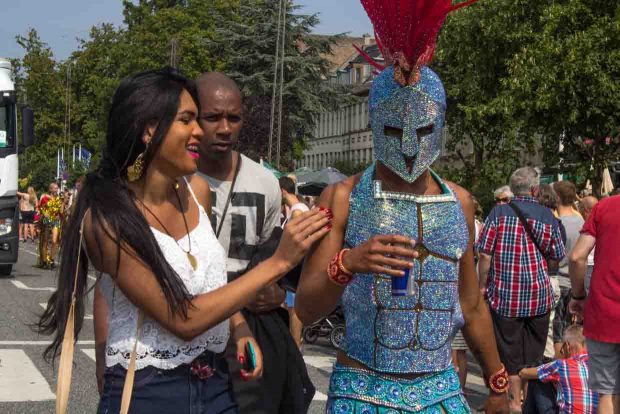 I was invited to Copenhagen as part of the #MyGayPride summer campaign from TwoBadTourists.com. The campaign, supported by official media partner Gay Star News, has involved over 12 different bloggers visiting different pride festivals around Europe. My trip to Copenhagen was sponsored in part by SAS who offer direct flights to Copenhagen from Germany and elsewhere in Europe. Visit the official Copenhagen Pride website here. For more gay travel information about Copenhagen, follow the Gay Copenhagen Facebook page.