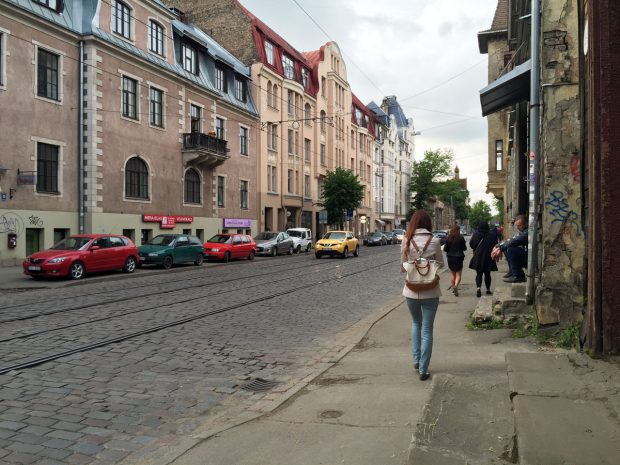 Usually when new visitors travel to Europe, it’s to the big capital cities—those cities that make it into all the movies and TV dramas. We travel to Paris, to London, to Madrid and Barcelona and Amsterdam and Brussels. But in a continent of vastly diverse cultures, it’s often the small cities where local culture really shines. And while big European cities will always hold a special place in our collective global history, it’s the smaller cities which retain the old-world charm with new-world culture.

Note: This article originally appeared on the Smash Vintage blog – see it here with additional photos! 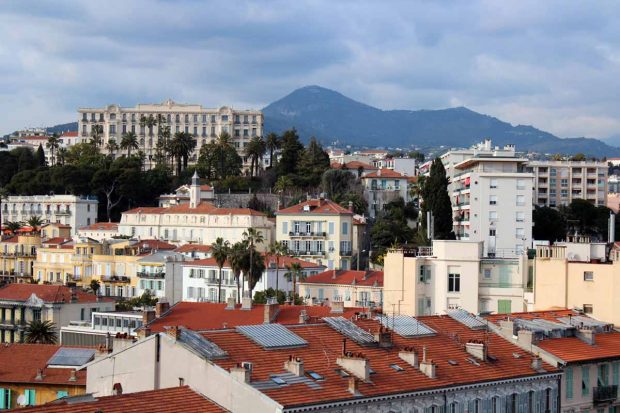 On the Mediterranean coast of southern France, Nice is the capital of the iconic French Riviera. For a long time, the city was a luxury escape for French and European aristocrats, but today it’s a surprisingly hip beach destination with a friendly and welcoming attitude not often seen in other areas of France.

The city’s picturesque beaches and the old-world promenade are a reflection of the city’s dynamic history, but it’s the city’s commitment today to the arts that make it such a fascinating destination (the crystal blue waters of the Mediterranean don’t hurt either!). While there are museums dedicated to the works of Marc Chagall and Henri Matisse, the contemporary art museum (Musée d’art moderne et d’art contemporain) is a real gem featuring modern and contemporary works by both French and international artists. There’s a rooftop terrace as well, with a great panoramic view over Nice.

Besides the art, the local cuisine of Nice is a real treat. Because of the city’s comfortably warm weather year-round, a lot of the local foods are quite fresh and cool—from the city’s namesake salad, Niçoise Salad, to Rosé wine—both popular for a leisurely lunch on the beach. 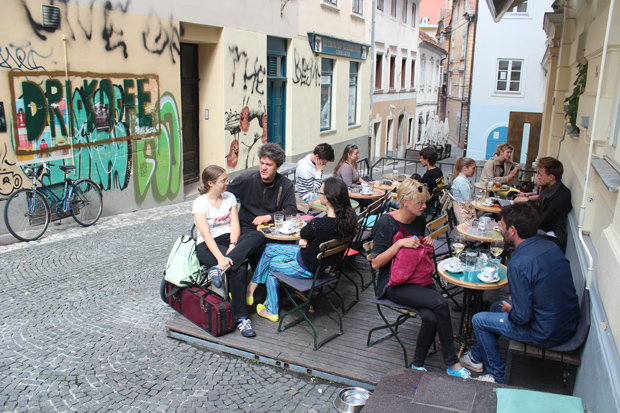 Slovenia’s capital city is known for its young population and its many open, green spaces (the city has been named the European Green Capital 2016). Ljubljana has a culture of creativity, best represented by the disproportionately high number of museums and galleries. The city center is a bustling district of small, independent shops, bars and cafés centered around the sleepy Ljubljanica River. The laid-back charm of the small city make it a comfortable destination for any type of tourist, from those seeking a romantic holiday to those looking for a solo adventure.

Again, the city is nearby a number of natural beauties—from the iconic Lake Bled (the jewel of Slovenia) to nearby vineyards and olive oil producers. On the fringes of Ljubljana’s city center, the Metelkova district and old Tovarna Rog are hotspots for alternative culture—with underground parties and street art aplenty. 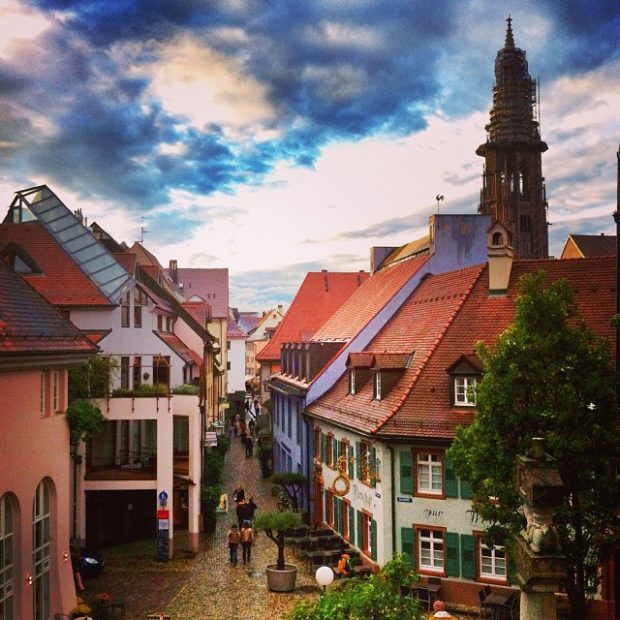 Germany is famous for its small towns and old-world cities. In the southwestern region of Baden-Württemburg, Freiburg is a bit of an oasis inside Germany’s famous Black Forest. Known for its relative good weather and it’s large universities, it’s a medieval town turned into a young and vibrant city. While the city culture is significantly less than other German cities, there’s more than enough to see and do in the region. Whether it’s a day trip of hiking the Black Forest (head up to the Schlossberg mountain) or visiting the nearby wineries of the low-laying hilltowns in the Kaiserstuhl.

In Freiburg itself, you’ll find lots of cafés, pubs and small clubs catering to the city’s many students. Food in the region is typical of that German cuisine you expect to find in Germany: think hearty dishes like spätzle, Black Forest Cake or schnitzel.

Set amongst the mountains of the French-speaking side of Switzerland, Lausanne is a lovely little town on the shores of Lake Geneva (Lac Léman in French). From the shores of the lake to the top of the three hills that make up the city, it’s a picturesque city with a lot of life on its sleepy streets. From the hillside markets to the impressive museums, culture is as important as the local cuisine. Home to the International Olympic Committee, Lausanne sees an influx of special events and exhibitions—many of which you’ll find at the impressive Olympic Museum detailing the history of the global sport competition.

From Lausanne, the surrounding area is great for those interested in nature. On the outskirts of the city, you’ll find the UNESCO World Heritage Site of the Lavaux vineyards—built along steep hillsides on the edge of the lake. Easily accessible via train from the city center, a day trip of exploring the neighboring small cities is a great way to get some fresh air in the always impressive Swiss countryside. Lausanne’s city center is populated with a number of cool and hip establishments—from the trendy restaurants (try Le Nomade) in the hipster neighborhood of Quartier du Flon to the artsy shops and museums around the city’s gothic Lausanne Cathedral. Head to the Mudac for unique and interesting contemporary art exhibitions (I was there for one about Swiss watch designs). 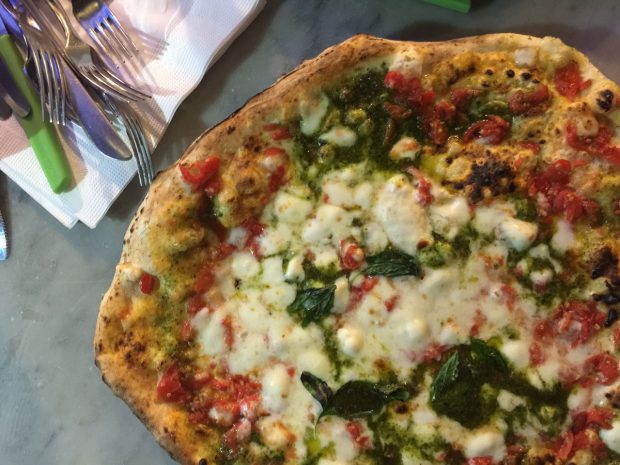 Okay, Naples isn’t exactly a small city—it’s actually quite large. But the real charm of Naples is the fact that even though it’s a large city, it’s got that small-town feeling. That sense when you’re walking around that everyone knows everyone—and they’re all there to greet you with a smile or a wave. Like Nice, Naples is a big foodie destination famous for more Italian foods than you can point a breadstick at. The classic Margherita pizza is available throughout Naples and usually for under 4€ for an entire pie—and trust me when I say it’ll be the best pizza you ever try.

Besides pizza, Naples has a fascinating history. Everyone’s heard stories of the city’s loud and chaotic culture, of the mob or the dirty streets full of trash. But in reality, Naples is a fun and friendly city with a culture for creativity. The city’s metro has one design awards. And, of course, there’s the nearby Pompeii—an important archaeological site preserved thanks to the volcanic eruption. 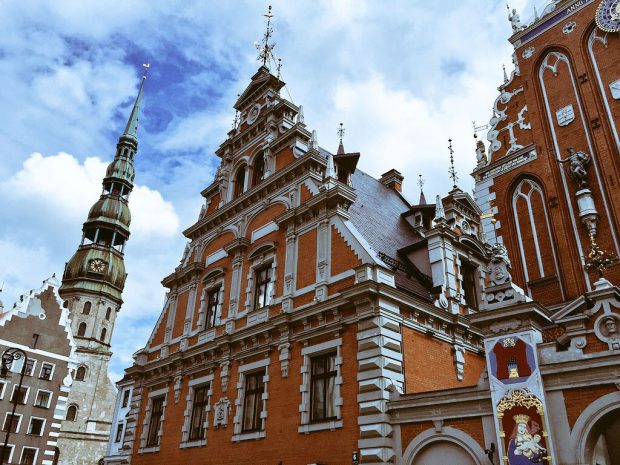 The capital of Latvia, Riga has that look of being on the edge. Situated on the fringes of Europe in the east, it’s one of those small cities great for a weekend escape. The medieval Old Town in the city center has that charm of history, while there are cool things to do and fun tourist activities to keep tourists occupied for a short city break.

In Riga, the Miera iela street is generally regarded as the most hipster part of the city. You’ll find lots of small, independent cafés (often doubling up as art galleries) along the street. Check out Rocket Bean for some quality coffee and around the corner is the trendy American-themed restaurant Delisnack, located in a nightlife hotspot.

Spain is one of Europe’s best destinations thanks to the gay-friendly culture, amazing culinary traditions, affordability and year-round quality weather. And while Madrid, Barcelona and Seville attract the most international visitors, it’s the small cities throughout the country that really show off that true Spanish charm and culture. One of my favorites is the seaside city of Malaga, located in Andalusia on the Costa del Sol. With the warm waters of the Mediterranean and a rich history of arts, it’s a great place for a comfortable and cosy city break.

The small European city is home to a number of great museums including the historical Museo Picasso and the recently renovated Centre Pompidou Malaga, but my favorite place for art in Malaga is at the Centro de Arte Contemporáneo—a small gallery with an impressive collection and great contemporary exhibitions. In Malaga, though, it’s not just about art. The food is fresh (lots of seafood restaurants located along the beach) and the city’s proximity to even more beaches north and south along the Costa del Sol make it a great place for starting a road trip through southern Spain.

Read more: Spain Travel Guide – Where to go and what to do 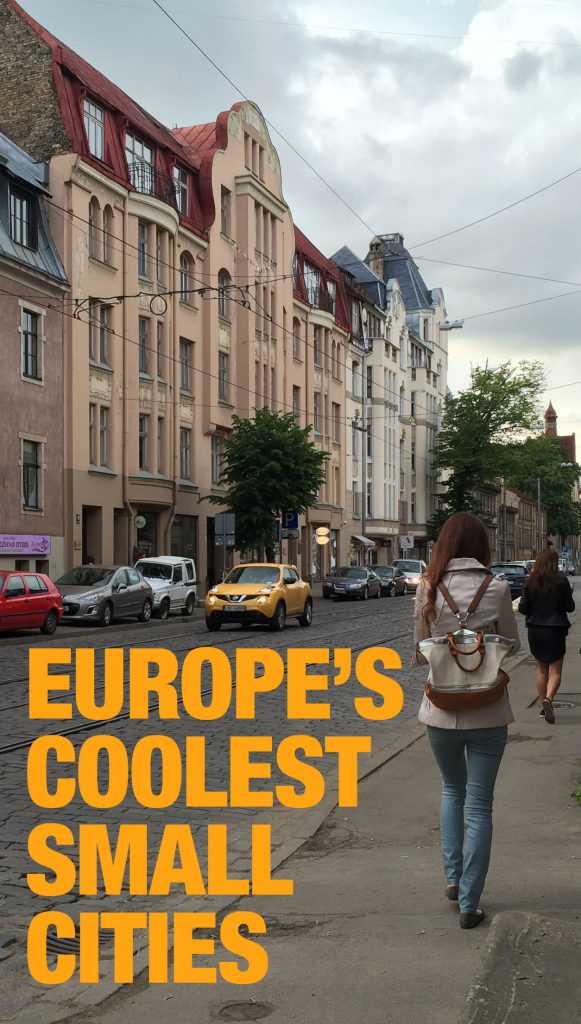