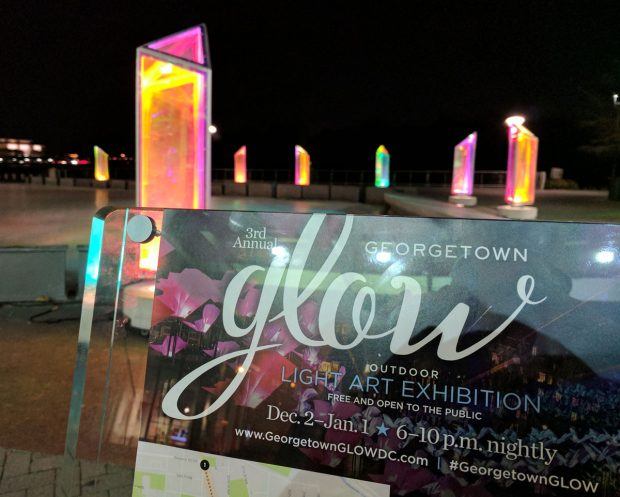 When in Washington, D.C. earlier this month, I made my way to the trendy Georgetown neighborhood for the annual light art exhibition. For the 3rd annual event, eight local, regional and international artists set up light art exhibitions around Georgetown. Each night, from 6-10pm, the exhibitions illuminate the streets making Christmas shopping a little more bright. The event also includes a Silent Disco, night bike parties, special shopping promotions from Georgetown’s independent retailers and interactive art.

There’s something special about nighttime shopping during the holidays, and with the Georgetown GLOW’s curated outdoor exhibition, it’s really a lot more festive and bright. Several of the exhibitions make for great Instagram photos :) I spent a cold winter night on the day the exhibitions launched wandering around the exhibitions. Each installation was created specifically for the space.

More information at the official website georgetownglowdc.com; my photos below! 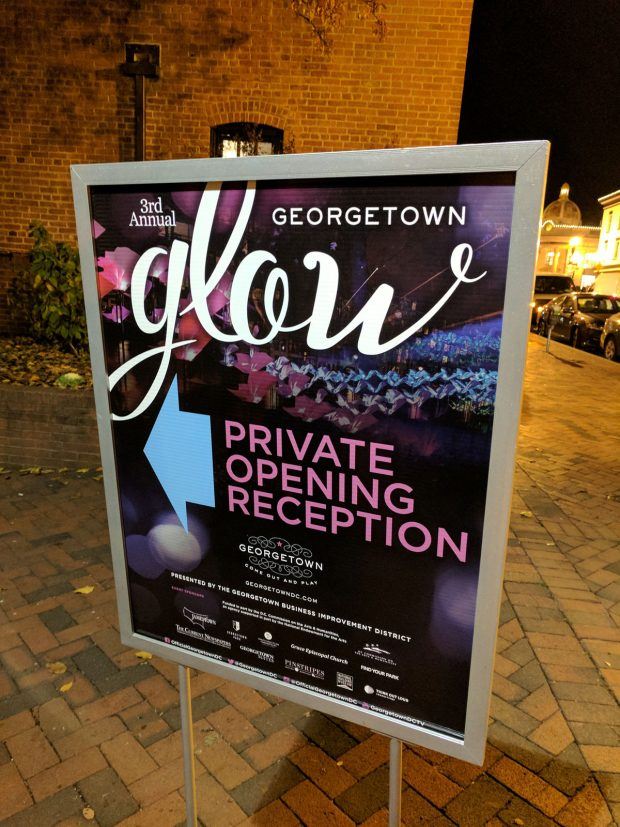 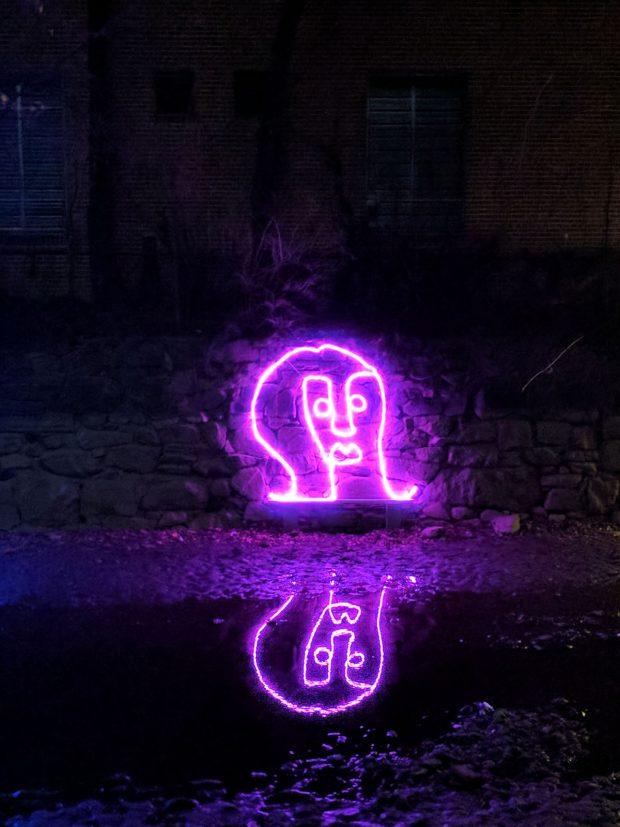 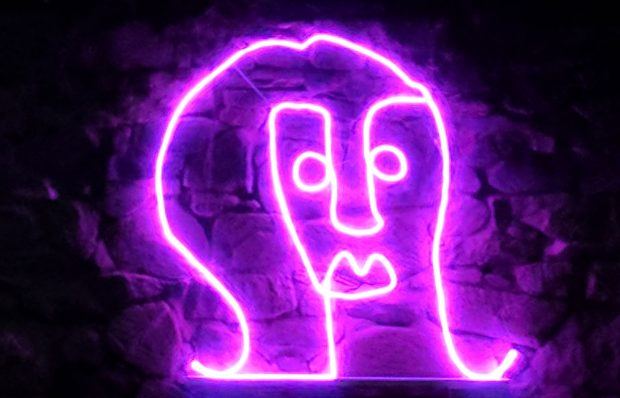 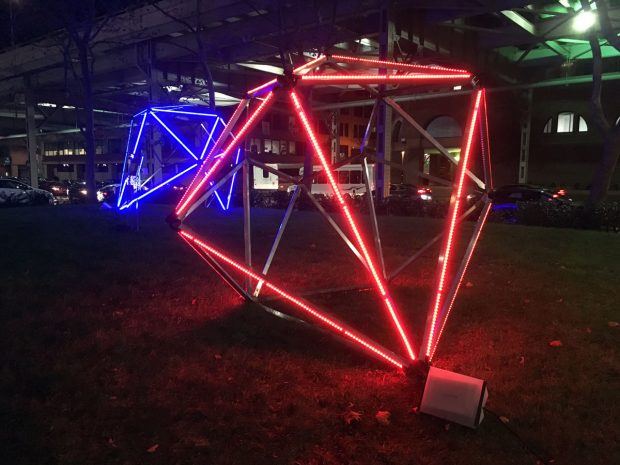 This work by the artist and architect collaborative team from Baltimore includes a series of diamond-shaped LED sculptures throughout Georgetown, serving as gateways to the exhibition. The artists stated that the colored diamonds signal hope, peace and unity following the aftermath of the Presidential election and during this transition. The work is dedicated to Senator Hillary Clinton, a beacon of dignity and guiding light, as a thank you for her strength as we move forward. 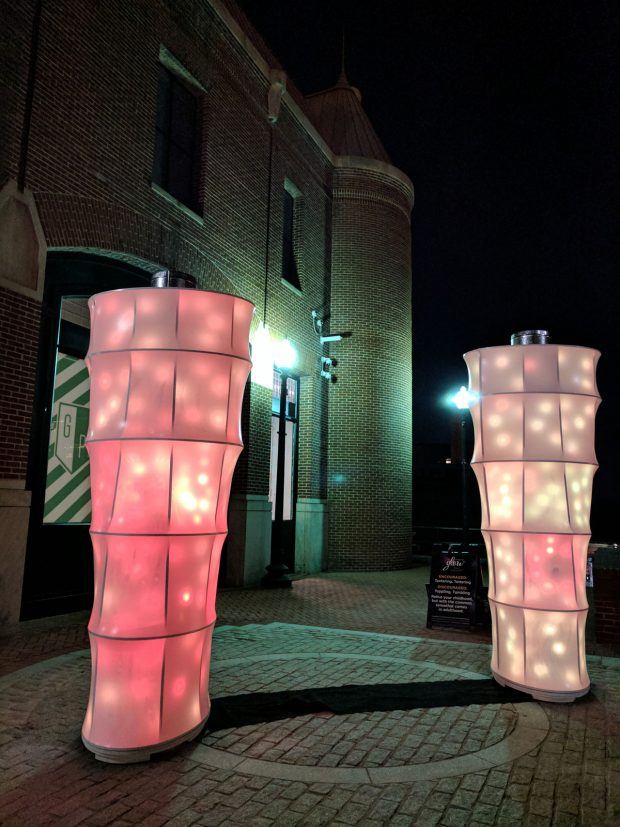 This piece of interactive art from ULR Studio and SHO Architects (Pittsburg/Gainesville, FL/Boston), consists of two glowing towers which also emit strange sounds. The lights moved in response to the sounds as visitors are encouraged to sing into the spots on the towers, which transforms the way the light interacts with sound patterns. 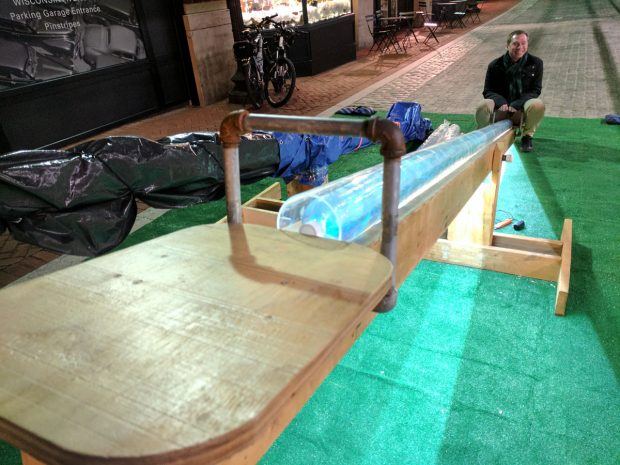 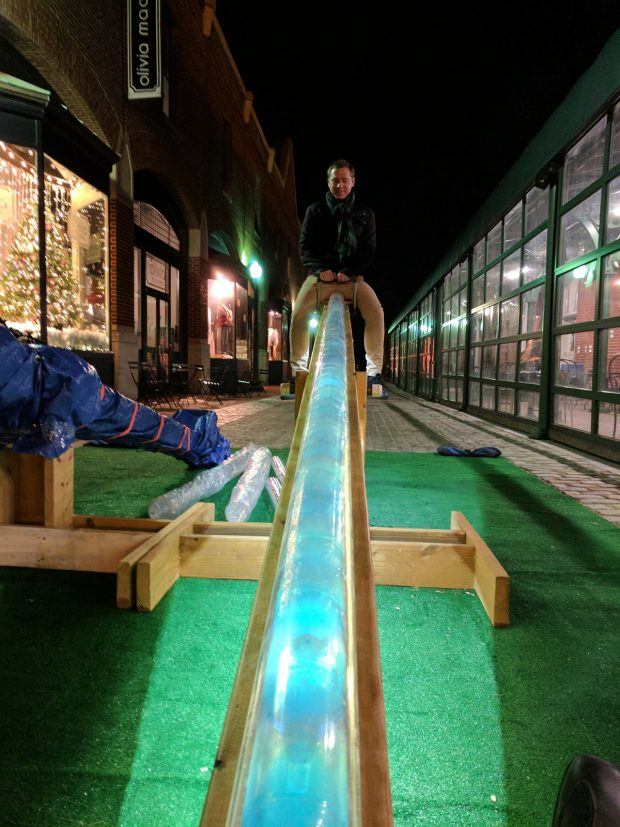 This fun piece of light art by the Baltimore-based artist is a kinetic sculpture that just screams FUN. On a small alleyway off the main street in Georgetown, the artwork invites visitors to balance on the see-saws while the movement triggers audio responses. The light seems to flow as it drips through the recycled plastic bottles—creating a strange connection between the natural world through movement, sound and material. 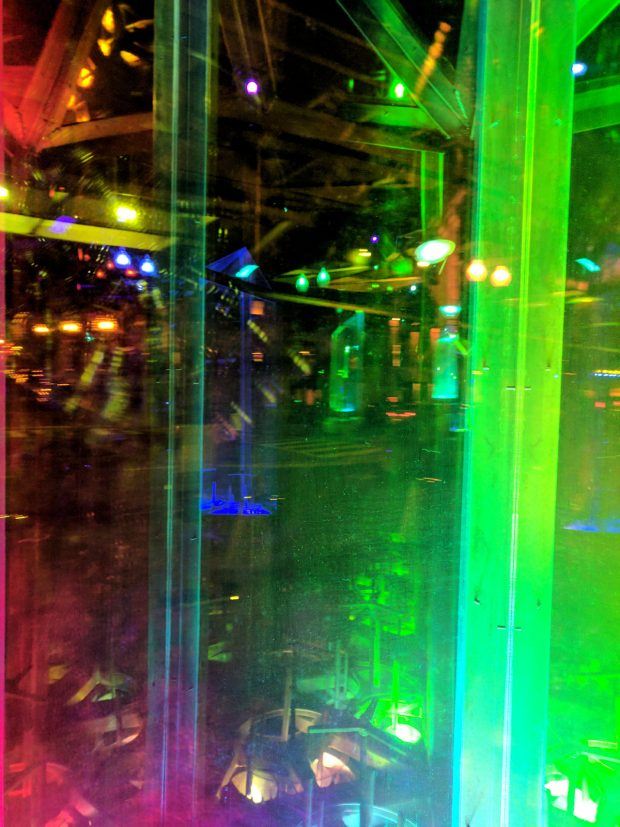 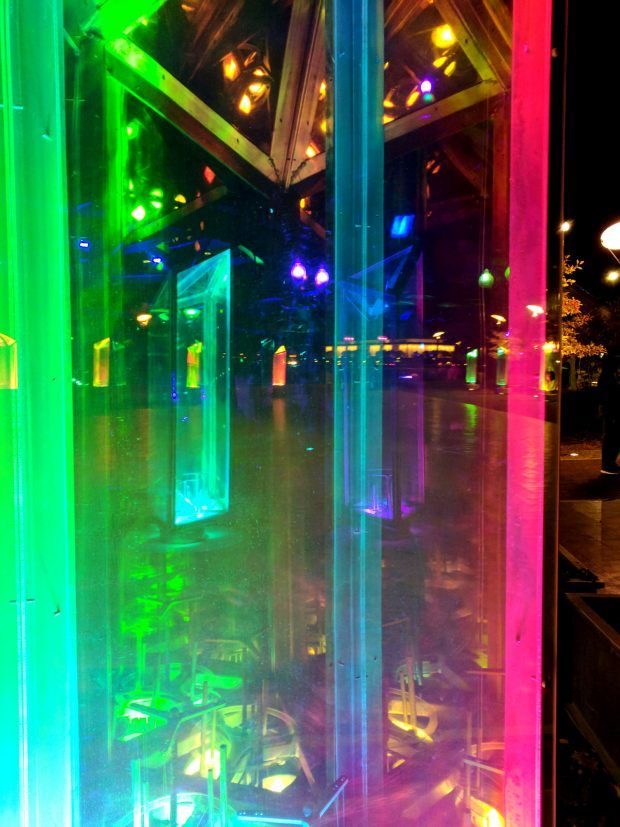 One of the Georgetown GLOW’s most colorful exhibitions, this work by Montreal-based agency Atomic3 provides a colorful escape. A series of prisms provide the illusion of being in a rainbow-filled ice palace. The work invites the viewer to move between the prisms, turn them, and play with the colors.

On The Wings of Freedom
Aether + Hemera 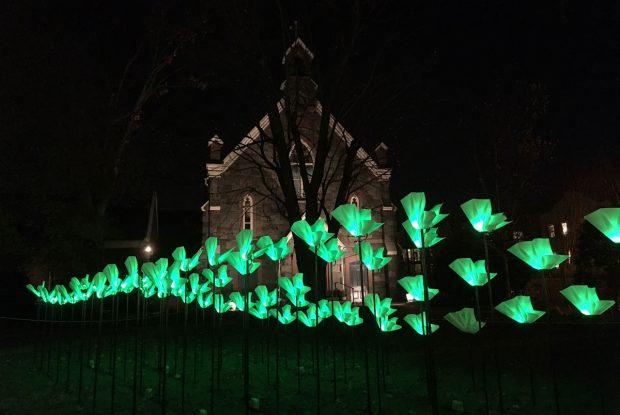 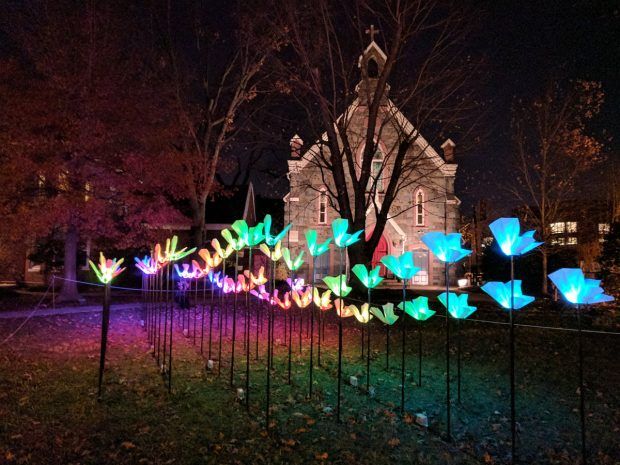 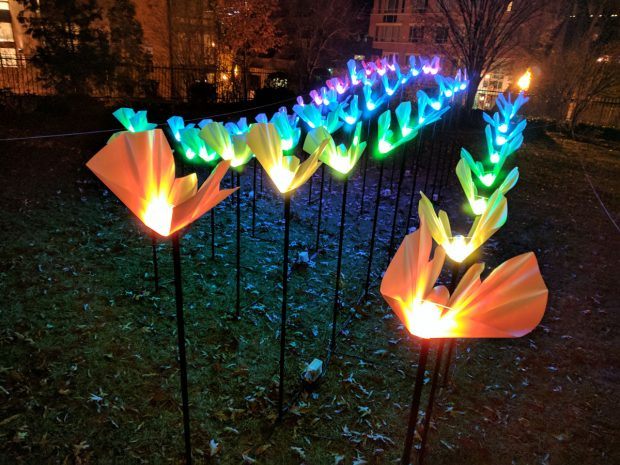 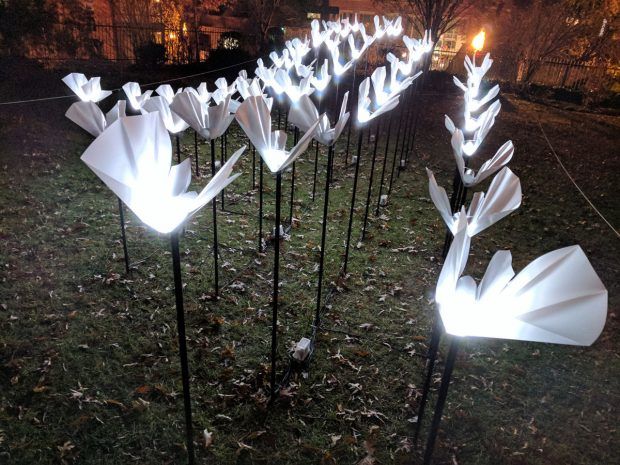 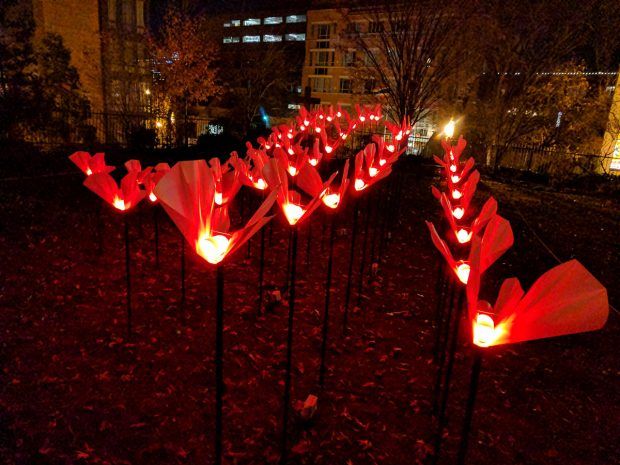 Originally commissioned for the 2014 Amsterdam Light Festival, these LED butterflies symbolize change, creativity, joy and freedom. Through transformation, shape shifting and metamorphosis, the butterfly is a symbol that works across cultures.

For more photos and stories about art around the world, click here.