How to Speak American

For the past six weeks, I’ve been traveling around the USA. Living abroad in Germany for the past five years, I’ve been back to America more than a few times (averaging about twice per year), but never for so long of a trip. Besides the massive food portions, the cars and the overabundant amount of Starbucks, one thing feels especially different: the language.

One of the most prominent traits of the English language is its’ adaptability. It’s a language spoken around the world and yet can sound so different depending upon background, location, native language or any number of external factors. Its’ adaptability is what makes it work so well as a universal language, but it also makes for plenty of funny and awkward expressions. Even for those of us who grew up with English as our native language, there are plenty of regional varieties—from around the world. 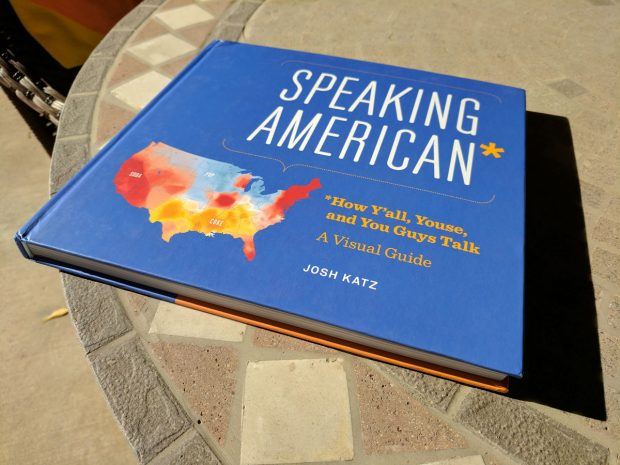 I can’t tell you how many times I’ve been mocked for some of my quirky English expressions. So when I stumbled on the book Speaking American by Josh Katz, I couldn’t help but pick it up. Katz used over 350,000 responses to a New York Times quiz on American colloquialism to put together beautifully crafted illustrations and maps of the American language. Finally! I have proof that I’m not alone in the way that I pronounce crayon, or why I say sneakers and not tennis shoes. Browsing through the book, it’s easy to pinpoint someone’s origins in America by the way they speak. It’s a fascinating insight into the language and the perfect thing to pull out during Christmas dinner when someone argues that I’m calling my Aunt Ann, awnt.

The beauty of the American language is its incredible diversity. In fact, that’s the beauty of America as a whole. My country is home to millions of immigrants, each bringing their own cultural and language quirks to make this country a melting pot of worlds—and words. Language can mark us as different, but that should be okay. In America, we’re all American—and the way we speak can and should remain different from one another.

Learn to speak American with this new book—and settle those family fights on who says what wrong… Get Speaking American on Amazon for just $15. 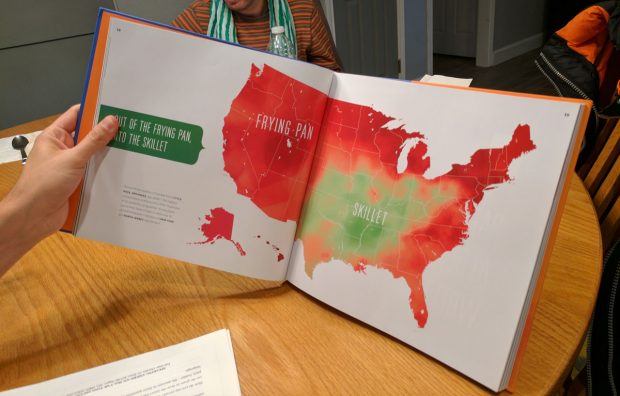