7 Cool Things To Do in Prague

I’ve been to Prague a few times (it’s just so close to Berlin) and while I’ve had a decent holiday each and every time, it’s taken a lot of effort to find the cool things to do there. Sure, I’ve had fun and I’ve met people each time. But perhaps because of Prague’s bustling tourist activity, finding the offbeat and alternative things to do can be a challenge. Here are seven of my favorite tourist activities in Prague. 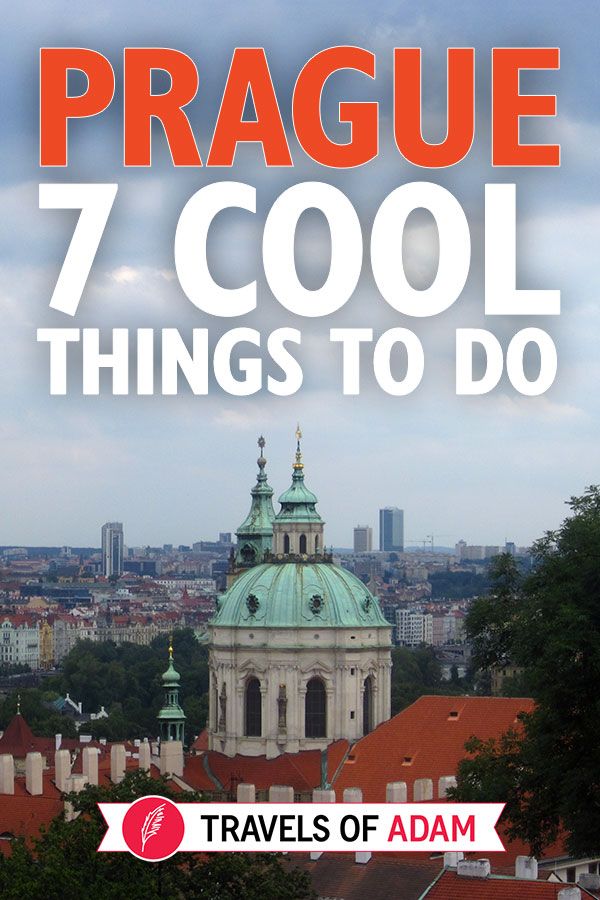 7 Cool Things To Do in Prague 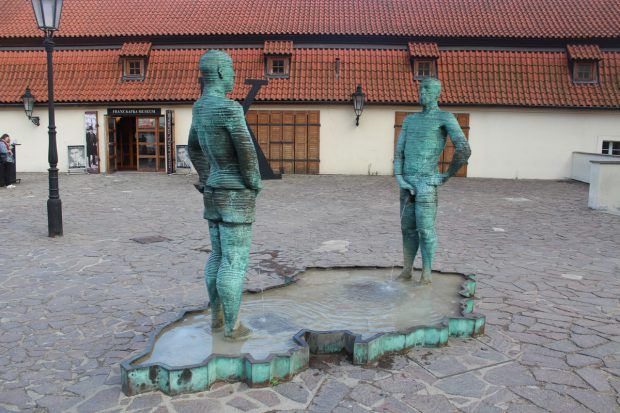 Get lost in the surreal world of Kafka
The Kafka Museum

I visited the Kafka Museum on my very first visit to Prague in 2006 and it was one of the most memorable places I visited. From it’s surrealist atmosphere on the inside, to the quirky and just plain weird exhibits about Kafka, I got lost inside and ended up there for a few hours. It’s a surreal trip into the strange world of Kafka and just outside is one of Prague’s most iconic statues—a fountain of two standing men peeing (by the local legendary sculptor David Černý). 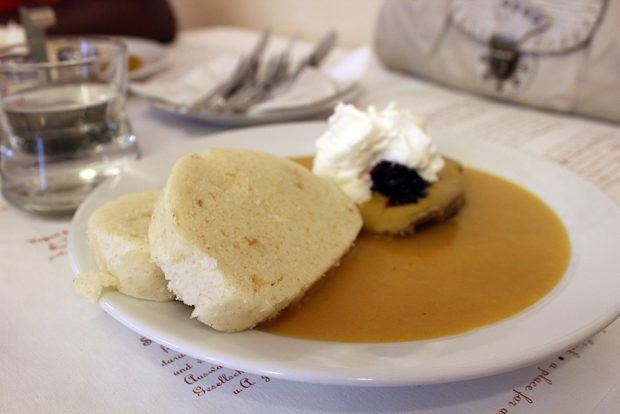 Czech cuisine maybe isn’t as famous as other European foods, but there are a surprising amount of sweet and savory dishes worth trying. There are a number of different Prague food tours taking place in the city, but a lot of them seem to stop at some of the same foodie hotspots. There’s the Sisters Bistro where you can try open-faced sandwiches, and of course the bohemian Café Louvre which has hosted Kafka and Einstein before. Food tours are a great way to take in the local culture in the most appetizing way. Plus: ROAST PORK! (and dumplings, too I guess). 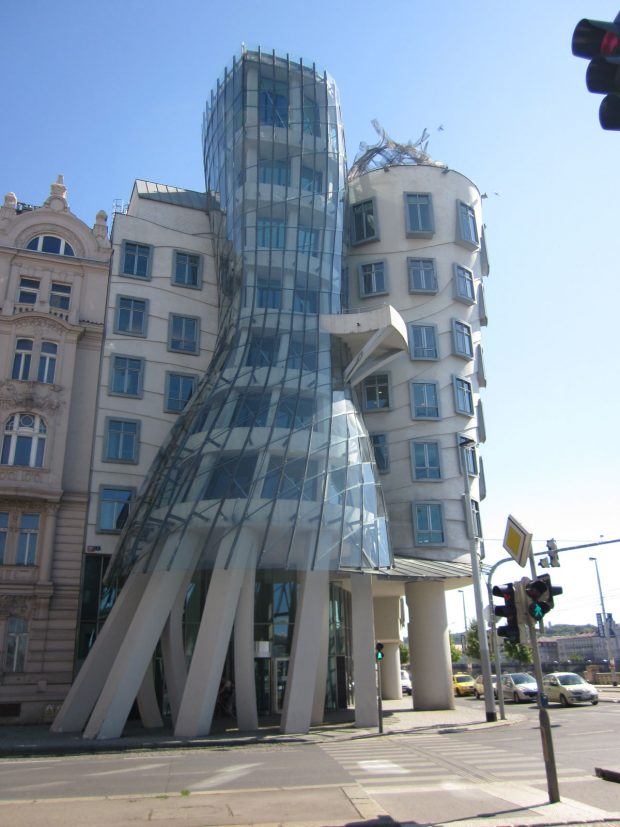 Okay, this is less of a cool thing to do and more of a funky building that’s worthy of Instagram snaps. Designed by Frank Gehry, the Dancing House is near the water and makes a great spot for sunset photos. There’s even a hotel inside with pretty decent rates! 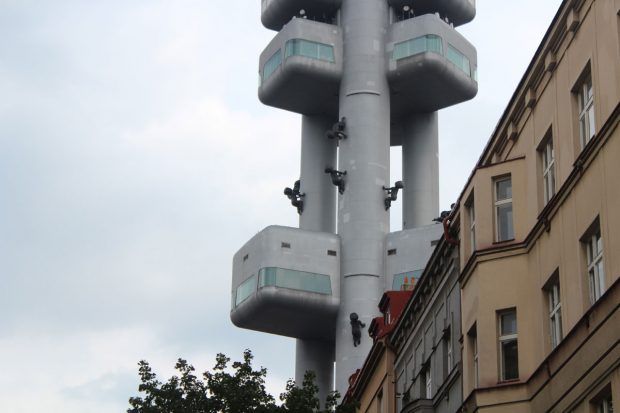 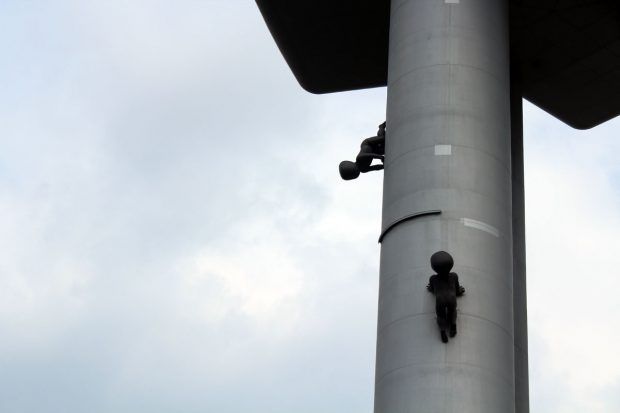 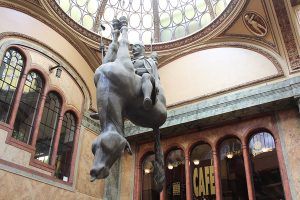 David Černý is a Czech sculpture and the city is practically overflowing with his public works. There’s an upside-down horse in Lucerna Pasaz (a mall) in the Old Town, a collection of babies crawling up the Žižkov TV Tower and the Piss Sculpture outside the Kafka Museum. Book one of the more bohemian walking tours to make sure you’ll go past some of David Černý’s public sculptures; sometimes they’re hiding in plain sight! 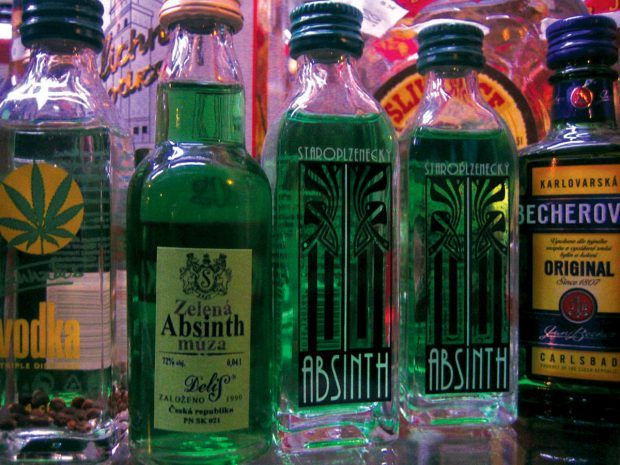 A trip to Prague wouldn’t be complete without a bit of nightlife. The city is practically crawling with EasyJet-setters from across Western Europe each and every weekend. The cheap beer probably helps, but it’s the amazing nightlife scene which keeps people coming back for more and more. Including myself! Despite never coming away totally impressed with the city, I always manage to have some fun in the clubs. Club Termix is a hip gay bar with young crowds and a secret buzzer to get in. There are themed party nights and an entire car hanging from the ceiling. I’ve definitely been spotted there dancing on tables without a shirt! It’s one of my favorite gay clubs in Europe :)

Prague is also home to the MeetFactory—a warehouse converted to a funky art & exhibition space that doubles as an artist residency as well as concert and event venue. Just outside the entrance, a car is also bolted to the side of the building above the main door; must be a Czech thing! The club was set up as an international center for contemporary art in 2001 by none other than the artist David Černý. 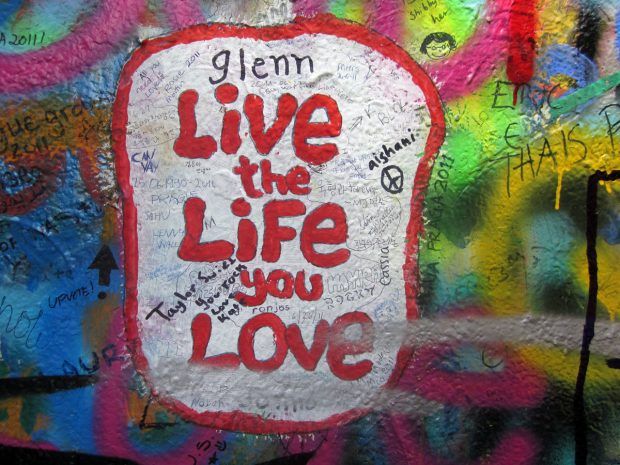 Funny story about this, actually. On my very first visit to Prague, I came home with a few hundred photos over the weekend trip. One of them was this really pretty shot I had of some graffiti and, years later when I was looking through my travel photos, I realized it was probably from the legendary John Lennon Wall. Since the 1980s visitors have left drawings and writings on this small stretch of wall just around the corner from the Charles Bridge. Before the end of the Soviet occupation, young Czechs left Beatles-inspired graffiti here and now the wall fills with new works of art and inspiration every day. 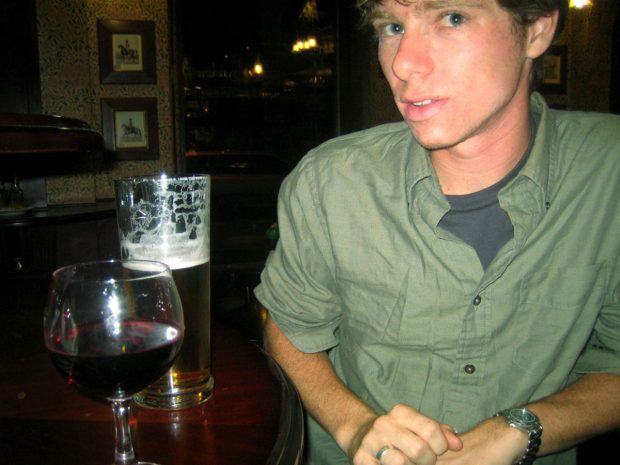 I’ve stayed at multiple hostels in Prague—mostly because each weekend city break is more about exploring the city, partying, and having fun, then it is about a quiet or romantic visit. This boutique design hotel is a great choice on a budget (you’ll find rooms for as little as 65€ per night!). It’s steps away from Wenceslas Square which is your best option for a hotel—perfectly situated between Old Town Prague with its history (and dorky Astronomical Clock) and the trendier neighborhoods of Vinohrady and Žižkov. 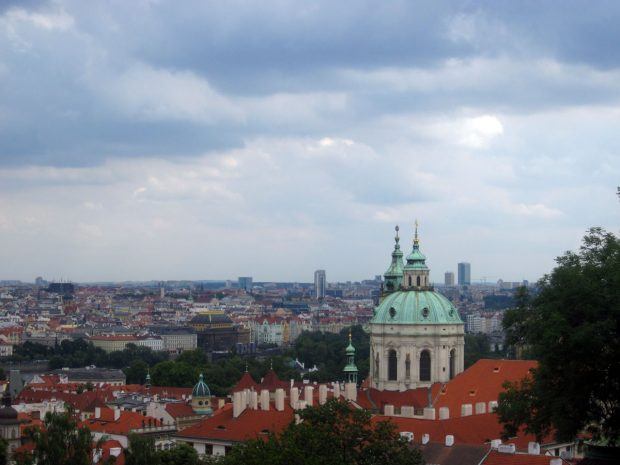