REVIEW: Puppetry of the Penis at Adelaide Fringe (NSFW-ish)

We showed up a little early for the show. I was already running between Fringe performances across the city — earlier in the night at the Royal Croquet Club along the Adelaide riverside, but with a 9:30 performance at the Garden of Unearthly Delights, I quickly jetted across the city in a $10 cab ride. We were meeting outside the venue, my new friend Jay having bought the tickets.

Like so many Fringe performances, you never really know what you’re going to get. But this was a sold-out show and it’s been traveling around the world for a while already, this latest version having spent the past two years as a Las Vegas show. Plus it’s got that name that’s certain to attract people: Puppetry of the Penis. I’d scoured their Flash-based website before the performance out of a mix of anticipation and curiosity (and let’s be honest: I was looking for dick). Was it really going to be just like the title implies? Well, I’m not here to spoil the surprises, but yes—yes it was. 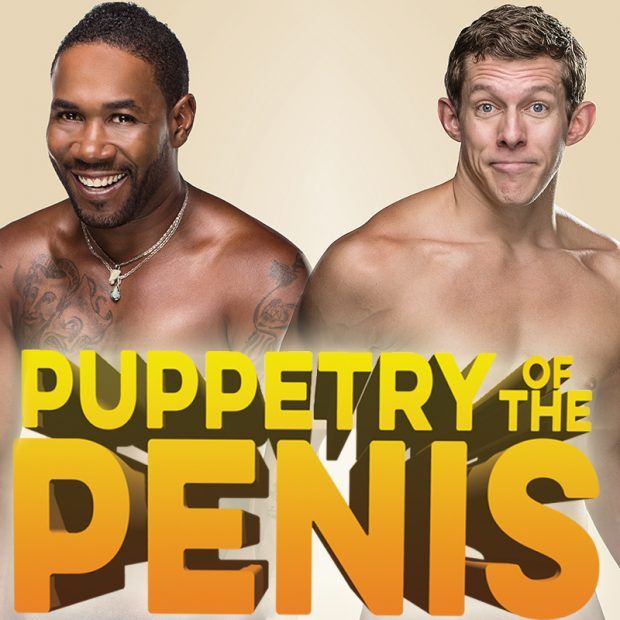 Puppetry of the Penis is exactly what it sounds like. Their posters don’t lie. It is quite simple, in fact. Two men standing on stage in front of an audience, making puppets with their penises. The sold-out show was crowded with women—on bachelorette parties, I can assume—though there were men scattered throughout the audience. Surprisingly, photography was even allowed for the vast majority of the performance. The woman in front of me, I swear, watched the entire act through the screen of her iPhone, capturing close-ups and unable to decide which of the two men to photograph all night.

There are just two performers on stage, but their act filled the room. It was so jovial, silly and fun, the laughter and smiling was nearly infectious. Most of their penis puppets were fairly straightforward—and certainly easy to recreate. They used occasional props for topical references from the news (Trump made a brief appearance, combover and all).

Puppetry of the Penis probably makes its biggest impact in the fact that these performers aren’t afraid to show off their goods. But also in the fact that they draw a mixed crowd of people willing to admire the contortionist qualities of the penis. It’s charming in that it’s relatively novel, yet still amateur. The tricks aren’t really anything spectacular, but the view is as fun as it is funny.