Manchester's hip attitude and creative spirit makes it one of the U.K.'s most vibrant, colorful and queer cities — read about my queer weekend exploring Manchester's underground nightlife

Sometimes you end up at a mermaid-themed party full of drag queens and sailors. When I stumbled downstairs at Cruz 101 – Manchester’s biggest gay club – I didn’t fully expect what I’d find down below. Buzzed already from a night of bar-hopping down Canal Street, from a drag show hosted by Holy Trannity and featuring Alaska Thunderfuck to some trashy video bars with scrambled screens of top 40 hits. 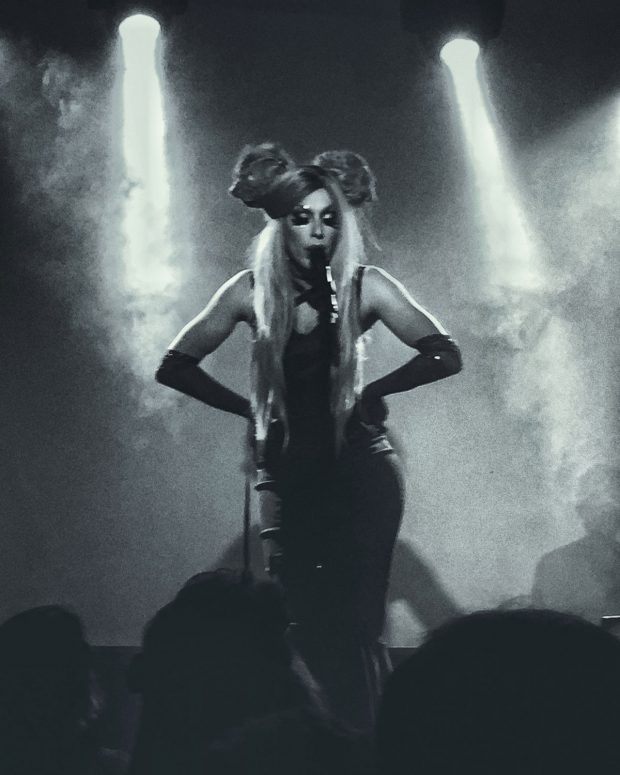 It was after 1 a.m. when we got to the entrance. A winding stairwell downstairs past the drag queen in a teal sequined outfit. In the basement, a crowded bar with groups of men in their circles, two stages and a dance floor packed with people. Nearly everyone was dressed up as something, or someone — and even with a splattering of glitter on my face (thanks to a drunk British woman I met earlier at the Alaska show), I wasn’t close to as colorful as the others in the room.

There was pop music playing on the speakers from a DJ in the back corner. Pop music seems to fuel the gay scene in Manchester—it’s all pop, all the time—especially throughout the gay neighborhood. Of course there are other bars and clubs with varying musical tastes, but largely, Manchester’s gay scene is poptastic (coincidentally, that’s the name of one of Manchester’s most popular queer club nights). 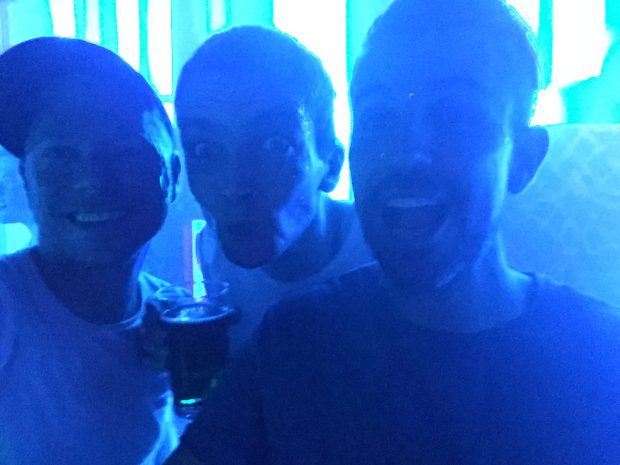 Cha Cha Boudoir is one of Manchester’s most camp parties. Hosted by Anna Phylactic and Cheddar Gorgeous, they put a different theme forward each month—but it’s always full of passion, glamour and a bit of illicit behavior. All the queens were dressed aquatically from sailors to mermaids, and at least one dressed as Ursula from The Little Mermaid. Obviously she got my tip (a dollar bill we were given upon entering to share with our favorite performers).

Friday night never seemed so colorful. But this was just the beginning of my gay weekend in Manchester. I was in town with nearly 70 other influencers for a #WorkerBeeWeekender—the chance to see and explore the city, learn a bit about what makes the Manchester tick, why it’s so special and more about what’s going on and what’s to come. With such a large group, we all found our circles and new friends. My group, predictably, was noticeably young, cool and queer—hey, I’ve got a type. 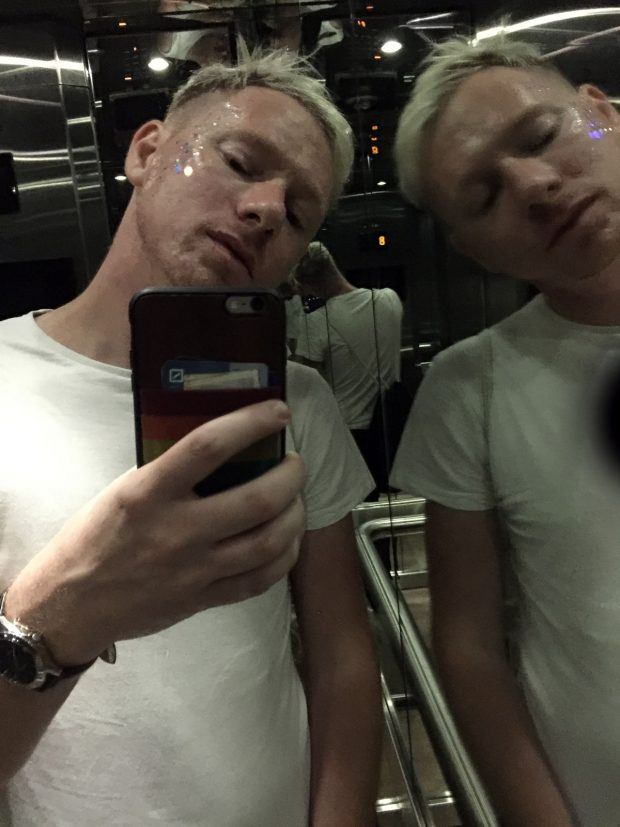 Saturday night started much the same way as Friday—cocktails at the casual but cool Gorilla pub and then more bar-hopping down Canal Street. First a visit to Via where the crowd was mixed—men, women, drag, muscle hunks, twinks and queens—for cheap beer and a dance party in the basement. More pop music. And then a drunk walk down Canal Street until we were offered a drink deal at another bar with pop music spilling out onto the sidewalk.

A flyer I’d spotted earlier in the day led our group further along—again to a basement. We made the 10-minute walk from the über-gay Canal Street to the super-hipster Northern Quarter, into we found two security doorman in front of an unmarked door on a side street off an alleyway. The white-bricked building was unassuming from the outside, and we weren’t 100% sure we were in the right place. But once we were downstairs at the entrance, a table full of glitter hats and gummy candies welcomed us inside. 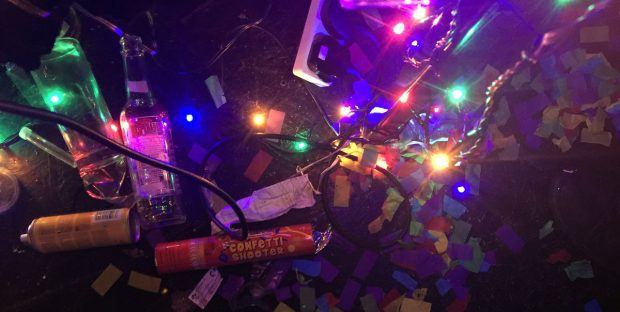 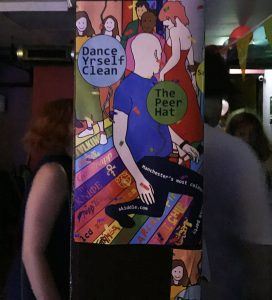 The Kraak Gallery hosts a number of different indie and queer parties—and tonight’s was the second ever Dance Yrself Clean party. It felt a lot like a small house party among friends, but the crowd welcomed us—a group of instagrammers from across the UK and Europe. We danced circles around the club space; it was intimate but social, loud but soft, casual and quirky. The party’s host poured vodka down our throats; we line-danced with strangers. When the 3 a.m. end time finally shut us down, we were out on the street again, looking for the next party but this time we were carrying hats of glitter, balloons and a healthy buzz.

Manchester is unquestionably one of the UK’s most queer cities. There’s a healthy diversity to the scene here—so much more than the stereotypical gay scene you find in other big cities. This friendly atmosphere of bohemians and punks, queers, femmes, gays, queens and chavs—in Manchester it somehow all comes together to create a city that’s open-minded and welcoming.

It’s that unique atmosphere which makes Manchester Pride one of the UK’s largest pride festivals and why the city hosts several other LGBT events and festivals throughout the year. The gay village in the city center, centered along Canal Street, attracts thousands of visitors each weekend—with bars full of every type of individual and people spilling out on onto the streets, often sloppy and silly—but that’s the charm of gay Manchester. There’s a vibrant queer community in Manchester and the city’s resilience and community spirit just further propels that attitude. For more about Manchester, read my complete Hipster Guide to Manchester. 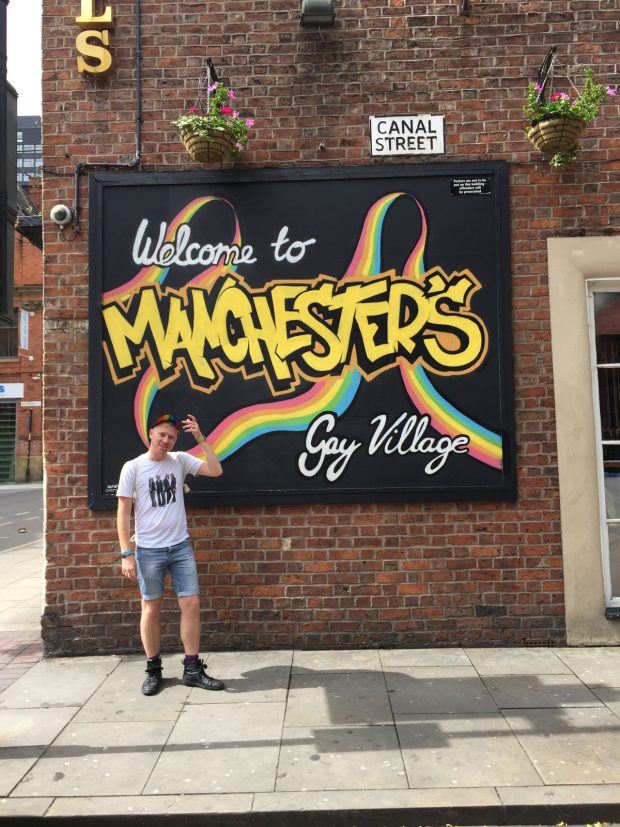 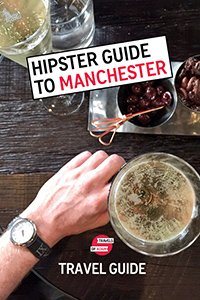