Words You Have To Know for Oktoberfest

Learn these essential German (Bavarian) words to make the most of a trip to Oktoberfest, in collaboration with Rosetta Stone UK

SPONSORED — Oktoberfest is perhaps the most German thing about Germany. It’s so closely associated with German culture that thousands of cities across the world celebrate with their own Oktoberfest-themed parties, events and festivals. But nothing beats the original.

Here’s the thing about Oktoberfest, though. While it’s very much “German,” it’s actually not. The Wiesen (as it’s locally called—after the filed it takes place in) is distinctly Bavarian. While other cities across Germany celebrate the beer harvest each September and October, nothing compares to the Munich celebration. And even all the other cities’ Oktoberfest celebrations are all modeled after the original from Munich. 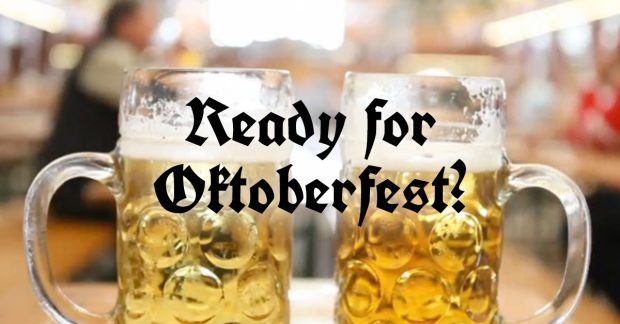 And in Munich, the language may be officially German, but it’s actually Bavarian—a distinct regional dialect that’s surprisingly different than the High German that’s most recognizable and widespread. In Berlin, I’ve learned High German using a variety of methods—courses, watching movies, and online software programs like Rosetta Stone. But then when it comes to understanding my Bavarian friends in their local dialect—nope! It just doesn’t compare to the German I already know.

That’s where online programs like Rosetta Stone come in handy. In advance of this month’s Oktoberfest, they released a free crash course in Bavarian—the language essentials to have an easy (and fun) time at Oktoberfest. Try the free tutorial here and then practice at the Oktoberfest in Munich (or your local one!). Maybe it’s all the beer, but somehow I find it easiest to speak German at big festivals like the Oktoberfest—and easier still with a few essential Bavarian words.

Bavarian Words to Know for Oktoberfest 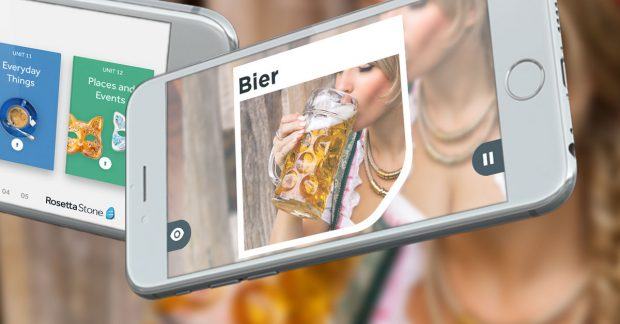 It’s forever and always all about beer in Germany. No matter whether blond (helles) or dark (dunkel), your Bier is written with a capital B during the Oktoberfest. That’s because nouns are always capitalized in German.

And if you don’t drink beer at the world’s most famous beer festival, at least have some Wein (wine) or Prosecco. If you happen to be pregnant, order alkoholfreie (without alcohol). Another form of Bier for the summer months is Radler (a mix of beer and soda beverages), but don’t order that at the Oktoberfest unless you want a fight.

Numbers are always useful and eins, zwei, drei will help you to order beer to get back your Pfand. The Pfand is a small deposit you pay when you get a bottle or glass (normally around two euros), and you recover it when you give the glass back.

During most German festivals, it’s essentially to carry Bargeld (cash) because Germans are notoriously anti-credit. Tips are Trinkgeld, and yes, you are expected to tip—especially if you want your next beer to come quicker. 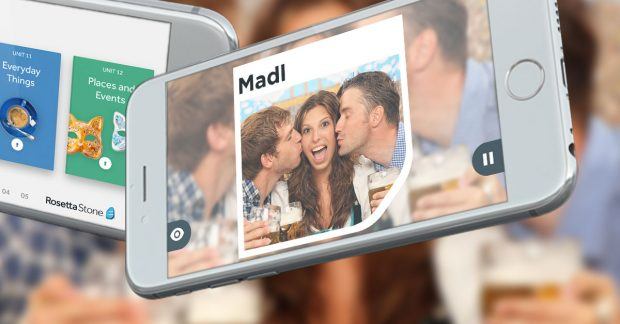 Servus! That’s a form of Hallo! (an obviousgreeting). The Rosetta Stone Bavarian Crash Course also teaches you the even more specific greeting used during Oktobefest: Grias di! And because beer makes everyone pretty, the words Madl (girl) and Bua (boy) might be useful for those who want to be romantic while drunk (hi). 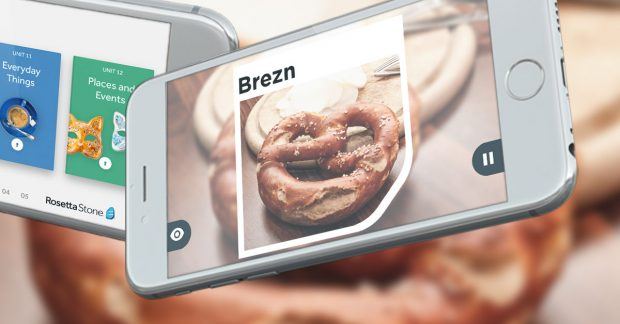 Das Essen! Or the food. In Bavarian, you can say Brathendl for what in High German is Hähnchen (roasted chicken), and Pommes is the German word for the classic French fries. Obviously both are essential if you’re going to spend your days at Oktoberfest drinking liters of beer.

Wo ist? means “Where is?” I’ve heard more than a few stories of friends who visit the Oktoberfest and inevitably get lost. That’s okay—because that’s part of the fun of traveling. But eventually you should try to find your friends, the toilet or even the Wiesen itself. 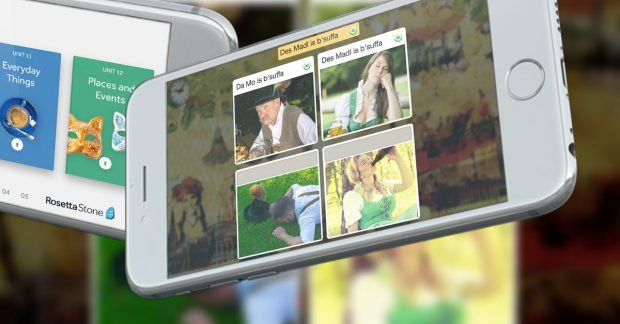 Ich liebe dich (in Bavarian: ich mog dich) is I love/like you. And if you’re the object of passion of someone you’re not interested to meet, NEIN (NO!) is an essential word. Lass mich in Ruhe (leave me alone) is maybe a bit rude for regular interactions, but when mosquitoes are flying around, that’s the perfect phrase.

Tschau is a German word that many people use as bye, but you can also say Auf wiedersehen (See you later). In Bavarian, Pfiat eich! To learn the right way to pronounce it (because this one is a tricky one!), use the free Rosetta Stone Crash Course which paris images with sounds and written words. It’s an essentially part of learning any language.

Oktoberfest is the perfect excuse to take the first steps into learning German. And the Oktoberfest Crash Course from Rosetta Stone makes it that much easier with the beginner words essential for navigating the festival. Because you’ll want to know a little bit of the language before showing up and burying yourself in beer. The Oktoberfest Crash Course is useful because it includes a lot of the essential words I’ve listed above, but other useful phrases and pronunciations.