Top 10 Cool Things To Do in Warsaw

Poland's capital city is also one of the coolest in Europe. Warsaw's long history has made it into a dynamic and cultural city with unique and trendy things to see & do

It’s hard to talk about Warsaw without mentioning its tumultuous past. After having survived almost total destruction at the end of WWII, its inhabitants not only rebuilt the city, but meticulously reconstructed Warsaw’s Old Town using many of its original bricks and decorative elements, so that today it is an exact replica of how it once was. There are countless outstanding museums dedicated to the city’s brutal history as well as its beloved artists—Chopin being a prime example—but Warsaw’s next generation, particularly its designers, chefs and artists are celebrating their heritage while embracing the future. The following list of things to do in Warsaw explores the city’s contemporary culture while paying homage to its past.

The Warsaw Top 10
Cool & unique things to do 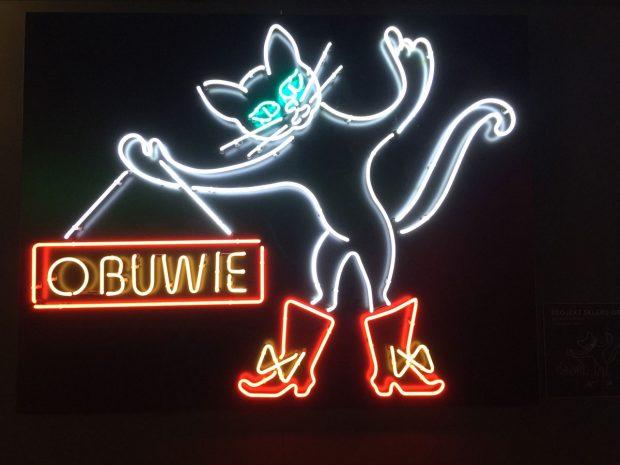 Bask in the glow of communist era neon signs at Warsaw’s Neon Museum. If you’re looking for Instagram adoration, this place is hard to beat! In 2005, the museum opened its doors in SOHO Factory—a cool complex of old industrial buildings housing contemporary restaurants and designers’ studios. It’s dedicated to the preservation of Poland’s cold war era neon signs, which unlike their Western counterparts, were never made to advertise brands. The museum’s permanent collection contains hundreds of stunning neon signs and other electro-graphic artifacts, many of which are fully lit. Head over the bridge to the Kamionek neighborhood and get off the tram at the Bliska stop. 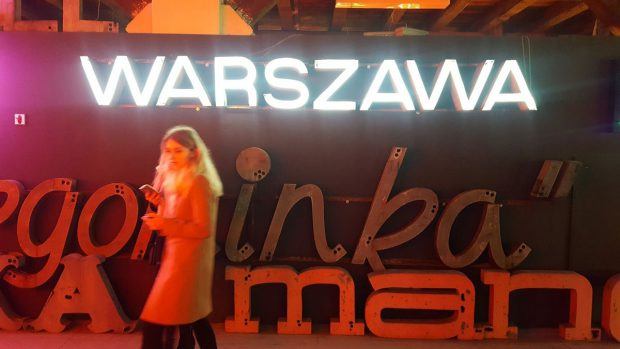 Warsaw’s foodie scene has exploded over the past few years. New restaurants are popping up every week, and much like any international culinary hub, it’s all about the local, seasonal produce at center stage. Twice a year in spring and fall, Restaurant Week gives locals and visitors the opportunity to dine at several of Poland’s most unique and outstanding restaurants, where three-course tasting menus are available for just 49 PLN/$14/€12.

Warsaw’s participants have included, Kieliszki na Próżnej, a stylish brasserie combining modern interpretations of Polish cuisine made with the very best products from small, local suppliers. The restaurant also boasts a carefully curated wine list and has one of Poland’s best sommeliers, so you know you’re in good hands! At Nowina you can look forward to exceptional food with an international vibe, as well as a trendy interior adorned with wine paraphernalia and a list of over 400 wines! There’s also a Fine Dining edition of Restaurant Week in February which attracts crowds of food-lovers eager to try affordable five-course meals at the city’s most prestigious restaurants!

Know your vodka from your Nalewka!

Vodka plays a significant role in Poland’s culinary culture and it’s widely believed to be some of the best in the world. So it’s good to keep in mind that there’s another traditional Polish liqueur which you’re bound to come across in Poland and to be able to distinguish the two when drinking with Poles – you don’t want to sound like a tourist!

While vodka is made from potatoes or grain (according to Polish standards), ‘nalewka‘ (singular) or ‘nalewki‘ (plural) is made from fruit, herb or flower extracts; morello cherry, apricot, blackberries and quince are popular flavors, but try an elderflower one if you can find it! Vodka is typically served chilled in a small shot glass and downed in one go, while nalewka is served from a small glass but can be sipped. Oh and they both contain about 40-45% alcohol. Also practice the phrase “Na zdrowie!”; it means “cheers!” 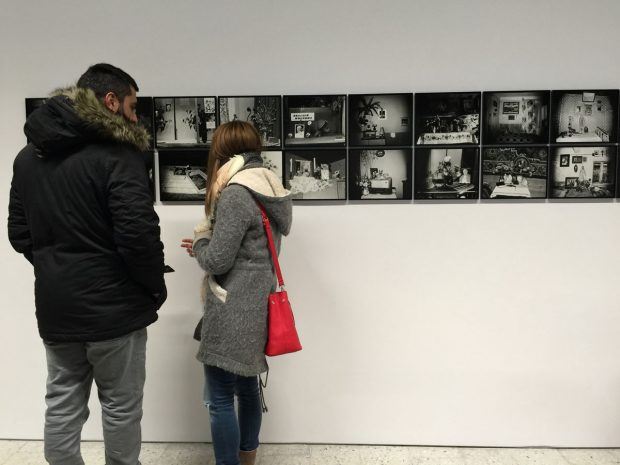 Stay in a Trendy Hotel

The achingly hip, boutique hotel, Autor Rooms, was created with help of experts from different creative disciplines, resulting in a showcase of the best of Polish design, culture, craftsmanship and hospitality. Located in one of the few buildings left standing at the end of the second world war in a city where 85% of the greater area was razed to the ground, the gorgeous 4-room hotel celebrates its original 19th century architectural features. In one room, parquet flooring, a bay window, and cornicing meet a sleek copper bed frame and glass-walled shower in the center of the room.

As well as boutique toiletries, rooms boast artworks curated by a local gallery which can be purchased by guests. Breakfast (organic bread, eggs, cheeses, meats, fruits and yogurt) is served in a cozy communal area with a terrace, library, record player (with a selection of vinyl records ranging from Louis Armstrong to Polish artists), and a fully equipped kitchen. The hotel’s sleek, eclectic style has earned it international attention and write-ups in magazines like Wallpaper*!.

Indulge Your Inner Chocoholic at Wedels

Karol Wedel started producing and selling Poland’s oldest brand of chocolate in 1851. His son Emil took over the business in 1876 and started adding the famous E. Wedel signature to each package—a tradition which continues today—to stop others from counterfeiting his delicious chocolates. The chocolate factory was then passed down to Jan Wedel, but sadly even after he rebuilt the business and factory following its destruction during the war, the company was nationalized in 1949 and Jan was no longer allowed to enter the premises. The location of the ornate cafe and shop hasn’t changed since 1894, and you can head there for a hot cocoa fix and some chocolicious goodies. 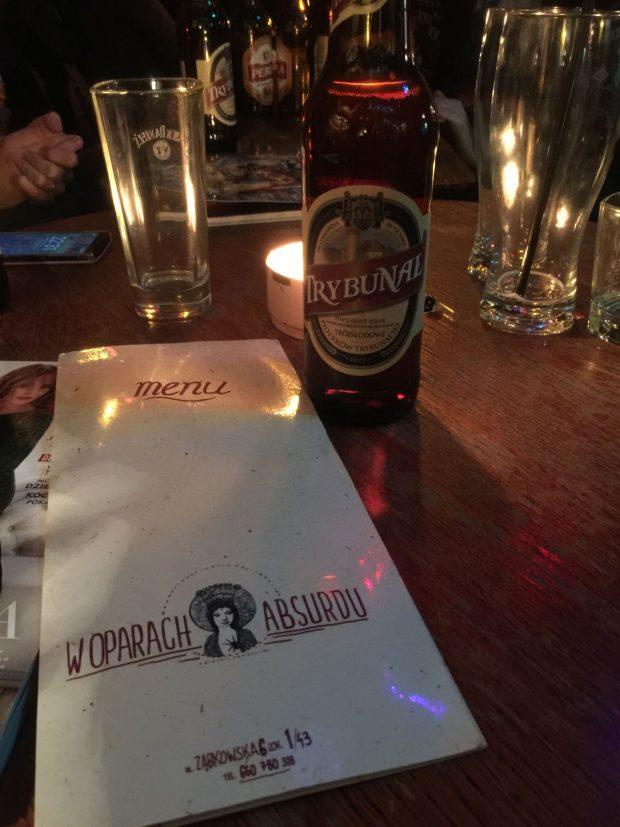 Turn off of the civilized main street, Nowy Świat and you’ll enter a lively area called The Pavilions—a row of approximately 20 bars housed in low-cost, prefabricated cabins. On weekends crowds can get a little rowdy and the area does cater for party-goers on the younger side but you’re sure to find one bar you like out of the 20 or so as every one has its own unique atmosphere. Alongside typical student bars and watering holes blasting chart music and slinging shots you’ll find the slightly classier Boom Boom Room, adorned by Tarantino quotes and cartoons of Uma Thurman; plus it serves cocktails. It’s also worth paying a visit to Klaps, allegedly Warsaw’s smuttiest bar. The tongue-in-cheek establishment is kitted out with dildo beer taps.

It’s hard to miss the gigantic artificial palm tree at the intersection of Aleje Jerozolimskie (Jerusalem Avenue) and Nowy Swiat. The art installation named  “Greetings from Jerusalem Avenue” was created by Joanna Rajkowska and unveiled in 2002. Having returned from a trip to Israel in 2001, Rajkowska decided to make the piece in part because she felt that Warsaw was empty without a proper Jewish community.

If you didn’t spend the previous night in the Nowy Świat Pavilions, you might want to head to a breakfast market. There are several throughout the city offering both traditional and international breakfast foods and produce. BioBazar sells healthy, often organic products like meat, fish, cheese and vegetables but also things like pastries. Head to the Żoloboż district on a Saturday to check out their local breakfast market. It sells ready-to-eat meals from local producers as well as local speciality cheeses, pickled fish and vegetables, breads, coffee… the list goes on.

The happening Hala Gwardii food market was converted from a historical boxing stadium and is home to specialized shops selling artisanal products, boutique bars, and a plethora of places to enjoy lunch and dinner. The cuisine on offer is both traditional and modern, local and international so whether you feel like champagne and oysters or noodles and sake, this is the place. It’s open from Friday till Sunday and definitely worth a visit!

The famous Polish composer and pianist Frédéric Chopin spent 20 years of his life in Warsaw, but when he was exiled from Poland he felt as if he had left his heart in the city that had played such a formative role in his life. He also had a morbid fear of premature burial so just before he died in 1849 he asked his sister to cut out his heart and return it to Warsaw. His sister removed his heart from his body, stored it in a jar of cognac and smuggled it back into Poland where it was then interred in a pillar in the Church of the Holy Cross and remains there to this day. 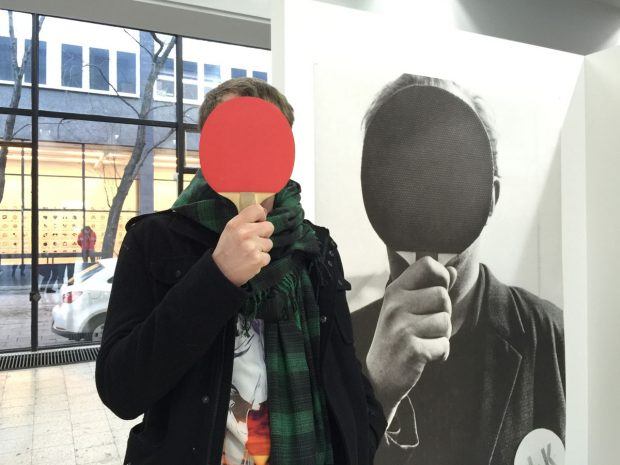 Hang out in Warsaw’s hipster ‘hood

The central neigborhood of Śródmieście is a hipster magnet. Home to both trendy Plac Zbawiciela (Savior Square) and too-cool-for-school Poznańska Street, it attracts the young and the fashionable. Across from the baroque Church of the Holiest Saviour on Plac Zbawiciela you’ll find Charlotte—a cool cafe and wine bar—as well as Plan B, a bar with an edgier vibe. On nearby Poznańska St you’ll find lively bars and chic Middle Eastern eateries like Beirut, Tel Aviv and Bez Tytulu, in addition to numerous art galleries, and trendy boutique hotels, including the Autor Rooms and H15 luxury hotel. 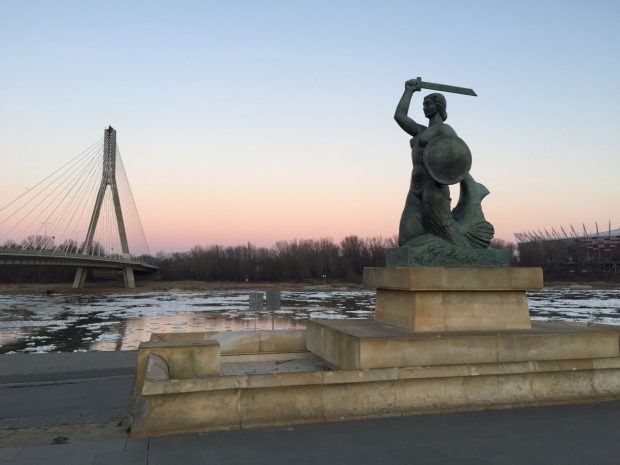