A night of expanded reality at 29Rooms in Brooklyn — or not

The immersive "art" experience at 29Rooms isn't designed for art, but for our own chance for the "perfect" Instagram experience

Last weekend, the newest round of the 29Rooms exhibition from Refinery29 opened in Brooklyn. The 29Rooms exhibition is described as an “immersive festival of culture and creativity where artists, visionaries, and partners bring ideas to life through interactive installations, performances, and activities rooted in storytelling and self-expression.”

The experience was first launched in 2015 and it’s become one of the media company’s defining events—and one of Instagram’s most popular hashtags. Essentially, artists are invited to create interactive spaces designed for photographers and aspiring “models” to pose in front of themed rooms, walls, and spaces.

I wasn’t really sure what to expect from the night, but I had a rough idea. I’ve been to other art installations around the world which have seemingly been designed for the perfect Instagram—and, well, that’s what 29Rooms is designed for. 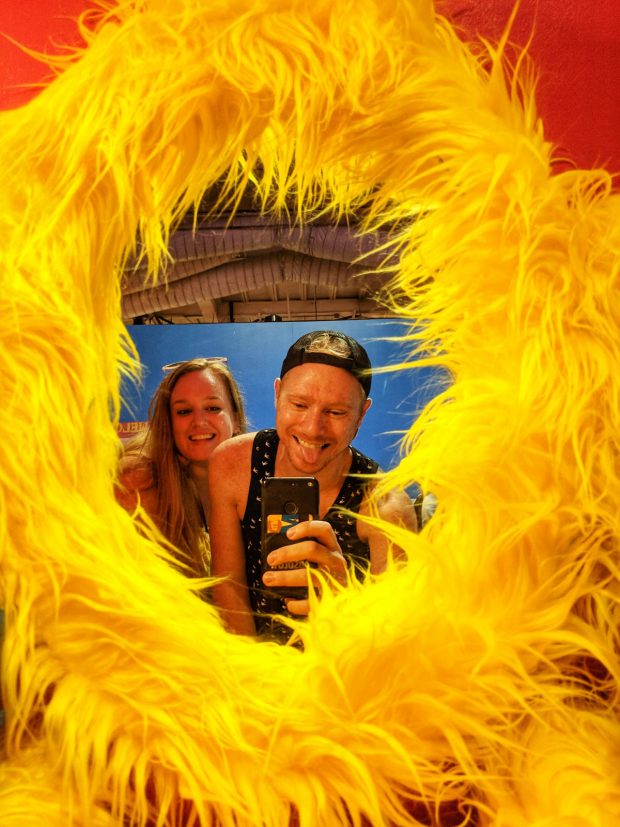 This new 29Rooms Brooklyn exhibition opened last weekend during New York Fashion Week under the theme “Expand Your Reality.” The new tour is meant to be more thought-provoking than previous editions, and of the 29Rooms, there was a noticeable slant toward the political.

You get three hours to wander through the space. Some of the rooms explicitly state “no photography” and there are even a few where you’re blindfolded during the experience. At the entrance to each room is a large poster explaining the purpose of the room, the artist/creators and the brand sponsors. 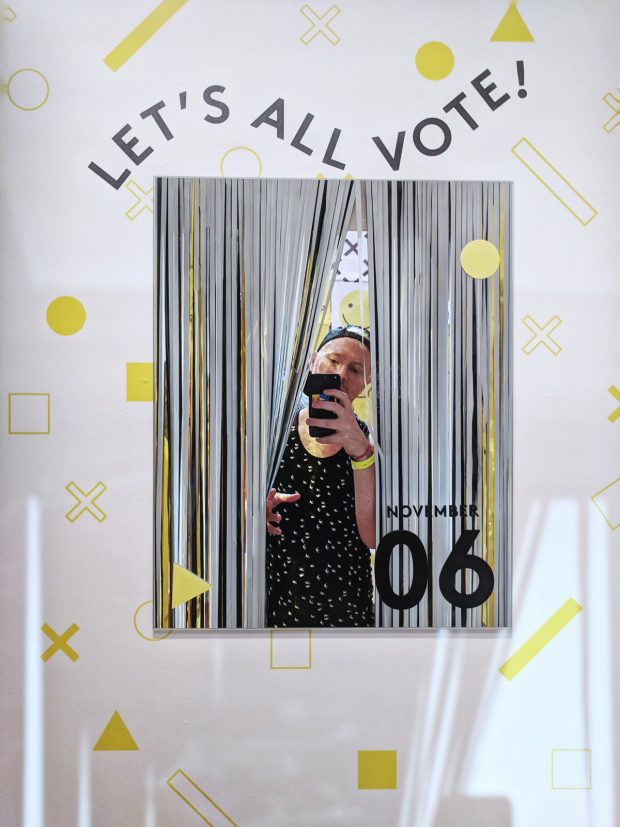 A lot of the spaces are noticeably “cool.” They’re perfect made-for-Instagram photoshoot booths. And staff are on site to help take your photos. It’s a lot of queuing and waiting for crowds to dissipate so you can get that “perfect shot.”

Here’s what I noticed, though: a lot of people didn’t read what the rooms were about. With your limited timed ticket, everyone was in a mad rush to see as much as possible. Personally, I found it all pretty overwhelming to watch people move through art created purely for commercial promotions and Instagram modeling. 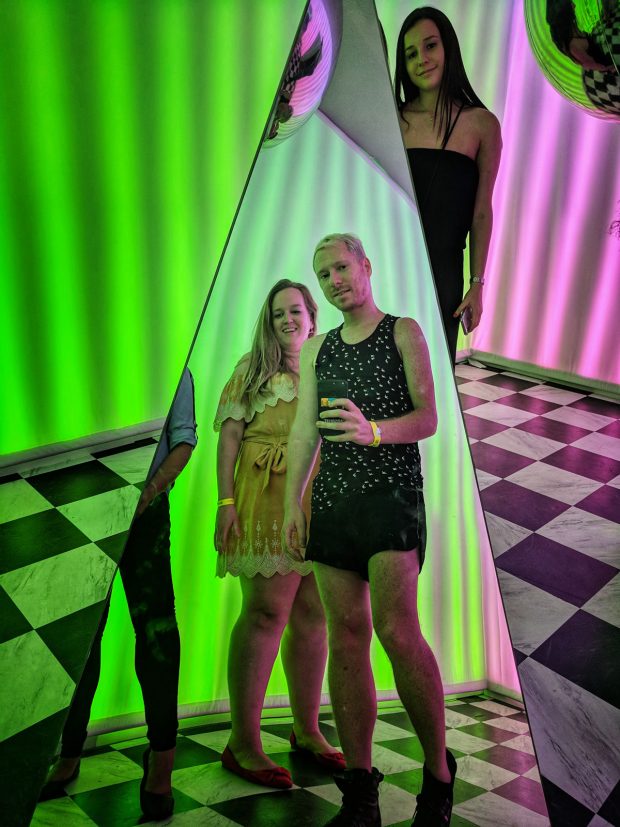 Don’t get me wrong: art is important. And people need to see it, to feel it, to be surrounded by it. But 29Rooms didn’t feel like art. It felt like capitalism on some kind of drug. Sure, there were artists there, but their work was being traipsed over, no time for visitors to take it in, to understand, to stop and think about it. There was this pull to take photographs and not just photos of the art, but photos of you standing in front of the art, or behind it, or through it, or inside of it.

The focus wasn’t on the art, it was on each of us. Pure narcissism fueled by capitalism. There was a room created by and for Moxy Hotels which included a bar set up with fake plastic props to take silly selfies and photos. What was the thought there? How was that supposed to touch me as a viewer?

Already over 100,000 people have visited one of the 29Rooms around the USA since it began in 2015. And thousands more will see this year’s event. Tickets are $39.99 + fees for general admission; special weekend evening “starlight” tickets are available for $129.99. And 100% this is all for fueling each of our own Instagram obsessions. To each their own, but I don’t honestly think it’s worth the cost. 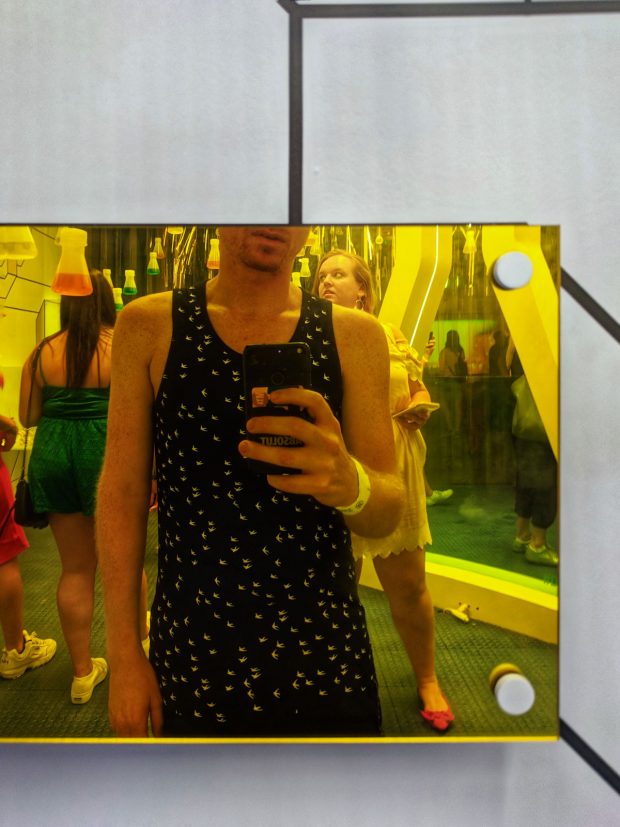 Yes, you can take some cool, original photos (that 100,000 other people will take). And yes, influencers can use the opportunity to sell clothing and whatever other props. Or you could buy a ticket to the MoMA, or the Met, or any other kind of art museum, for far less money. And the opportunity to see, feel, and (yes) sometimes even touch art. And outside the confines of a place designed for pure capitalism or narcissism or some strange trend we’re in the midst of where our lives are defined by the photos we share.

I love art. I think it’s an important part of our lives, often overlooked and under-appreciated. And unfortunately, 29Rooms isn’t sharing its art with us. It’s simply a background or a prop, and oddly, a place for us to promote brands.

It’s weird. It’s a little wild. And it’s disappointing. But I took the photos anyway. And I’ll share them, and you’ll like them. And I’ll be encouraged to do it all over again. But if you do decide to visit 29Rooms, take a moment to talk to the artists. To read their artist statements, and to stop and breathe and look (really LOOK) at what’s on the wall. We can find and create art anywhere; you’ve just got to see it. 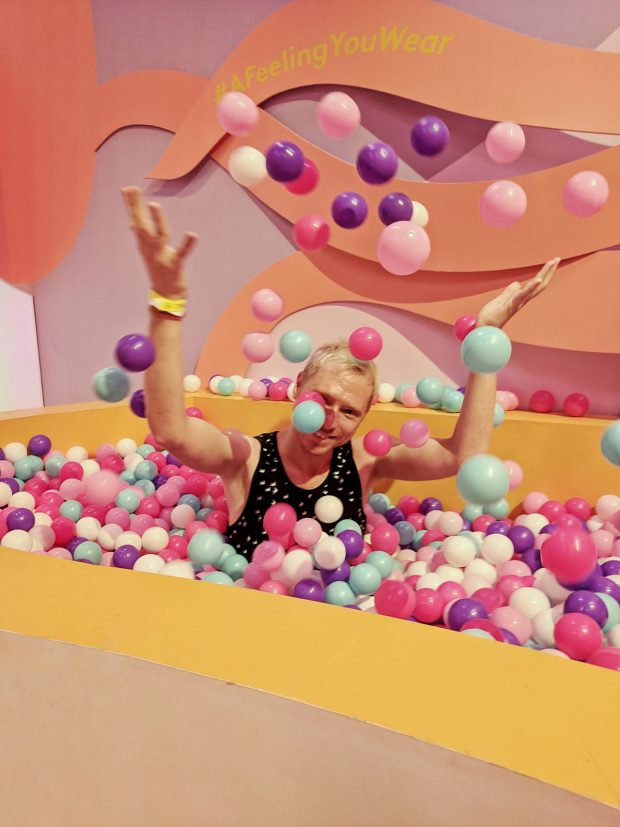 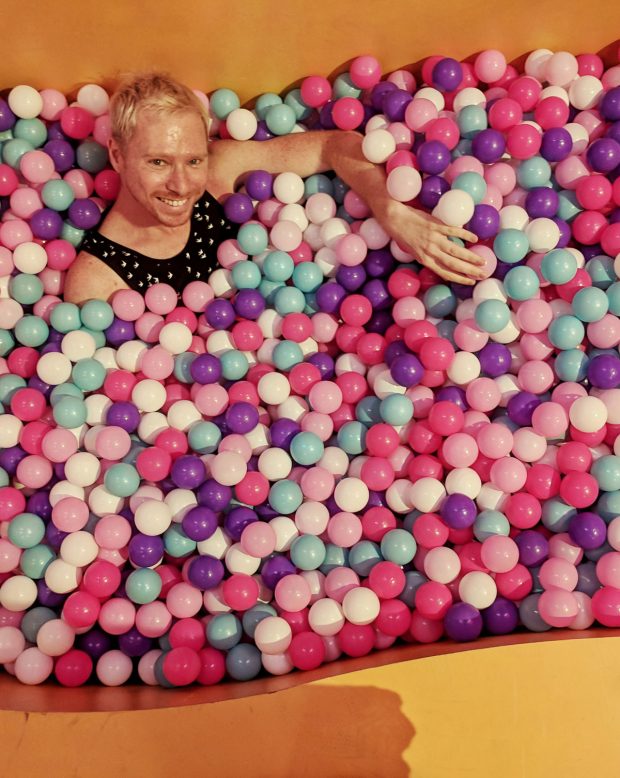 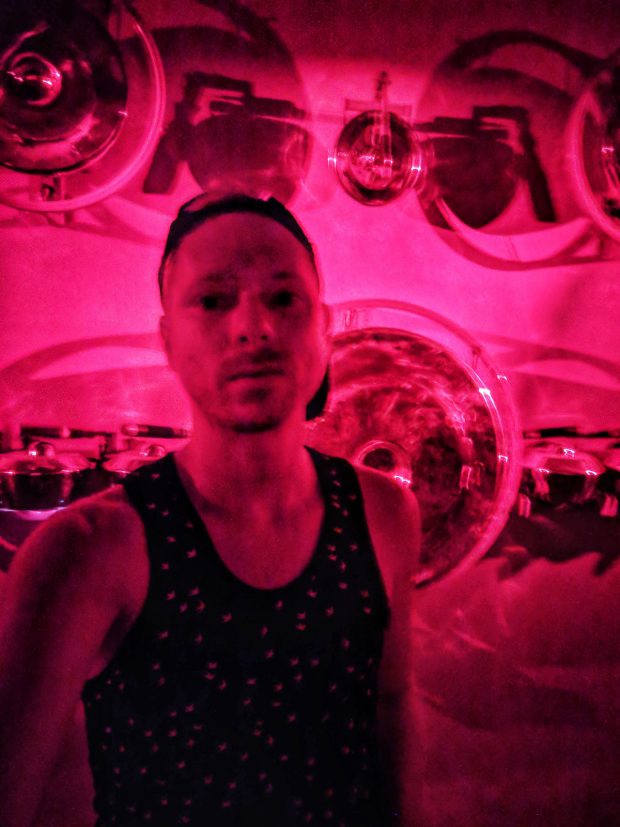 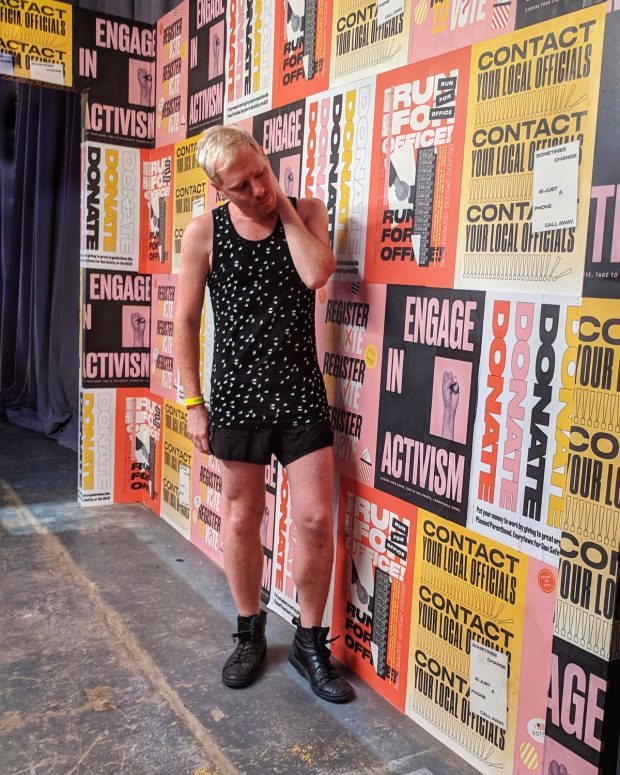 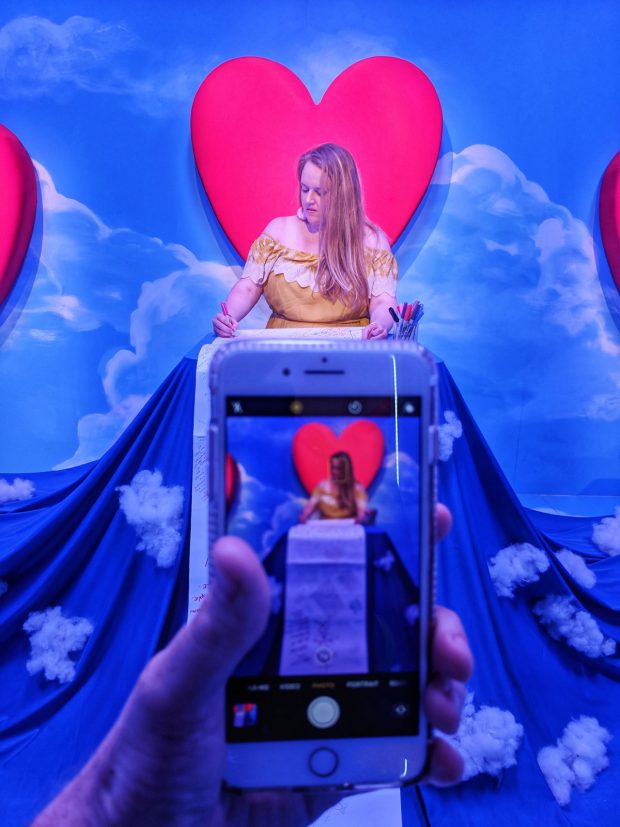 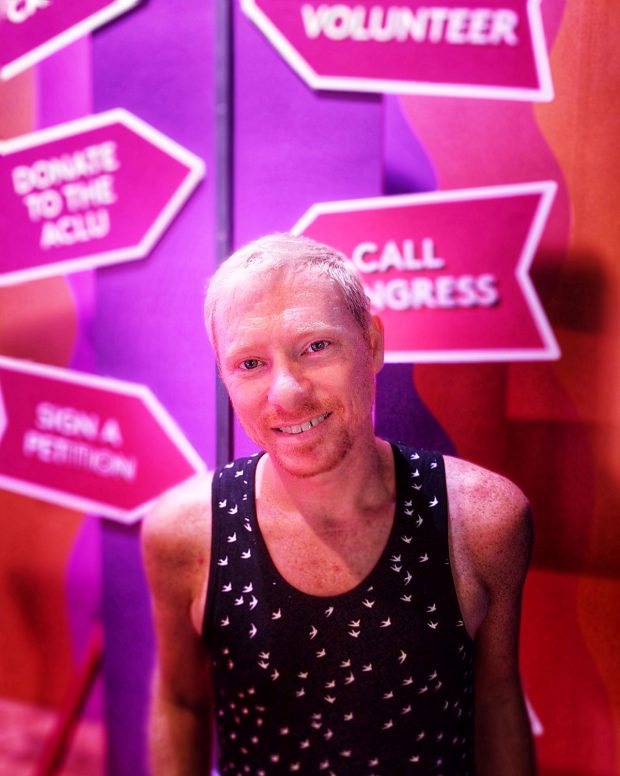