Montreal's annual pride festival is one of the world's most popular. Check out these photos from the 2018 Montreal Pride

The Montreal Pride was only founded in 2007 but it’s grown astronomically thanks to the headlining performers and the draw of Montreal as a city. My Canadian friends often quote Montreal as their favorite Canadian city. The mix of European culture and language, and a unique world-renowned cuisine specific to Quebec, Montreal is truly a special city. And the annual Montreal Pride just further highlights the uniqueness that makes Montreal so special. 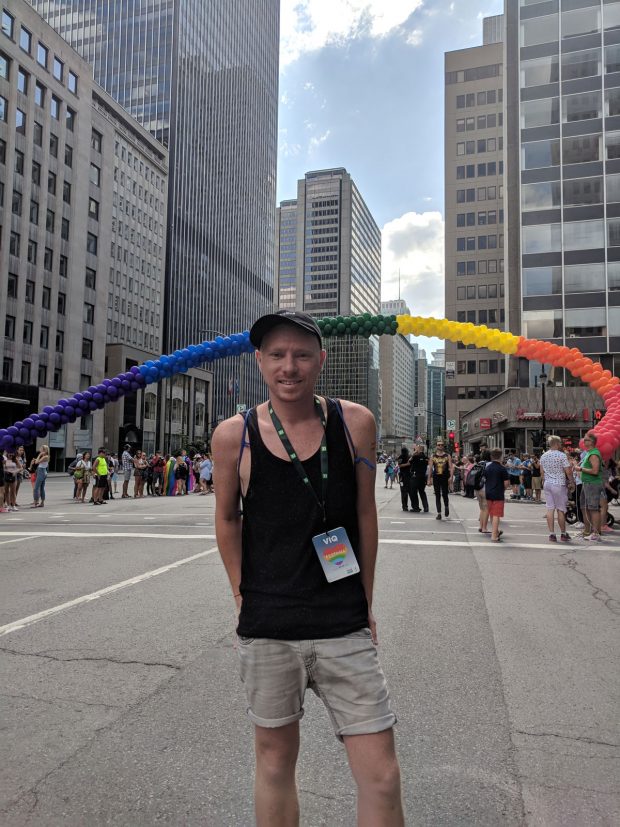 Prime Minister Justin Trudeau shows up and marches at the beginning of every Montreal Pride march. There aren’t many pride parades fronted by the country’s leader or prime minister, so it’s pretty unique to see the head of state in such a comfortable and casual setting.

The moment of silence

During the Pride March, there’s always a moment of silence where the parade briefly stops and silence takes over. It’s a moment to remember those lost to AIDS and/or homophobia.

Montreal Pride ends with the final weekend taking over the Parc des Faubourg for a huge music and dance festival. Thousands gather to see big-name performances and even if the party ends at 11pm each night, there are plenty of after parties taking place around town.

The Fairmont Queen Elizabeth Hotel is situated directly along the parade route and on their rooftop terrace, they offer a VIP option for experiencing the parade. Food, drinks and a panoramic view over the parade make it a really special daytime party.

Montreal’s non-profit Never Apart gallery is open year-round with queer art exhibitions and open programming, but during pride month, it gets extra. Private performances and extra-special exhibitions are on display, so even if it’s not in Montreal’s gay village, it’s worth the visit.

In the Gay Village, landscape artists Claude Cormier and Yannick Roberge suspend 180,000 plastic balls over Saint Catherine Street in a work called “18 Shades of Gay.”The colors form a subtle rainbow that stretches for nearly 1km. The artwork is up all summer long but it just adds that extra bit of rainbow during Montreal Pride. 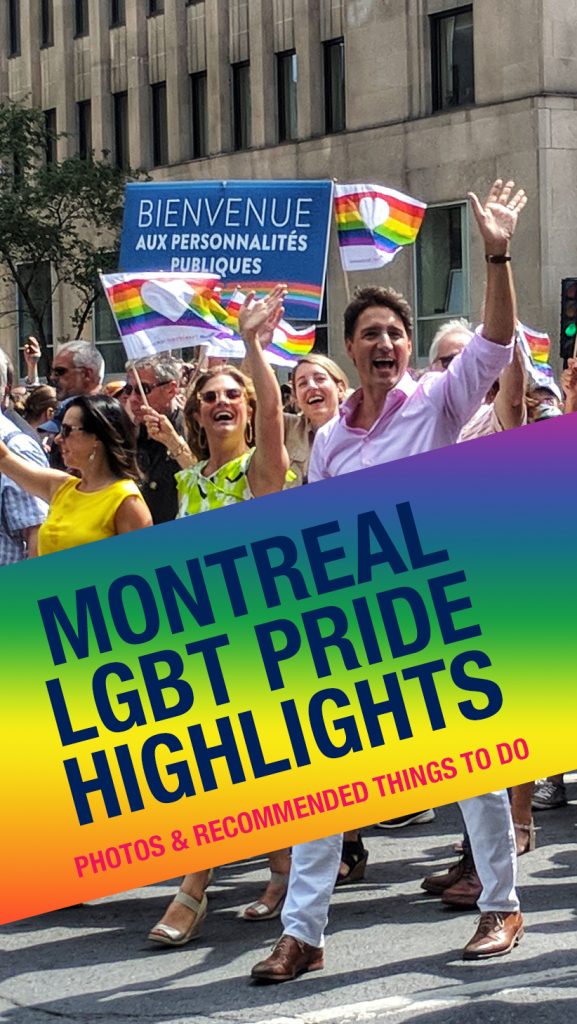 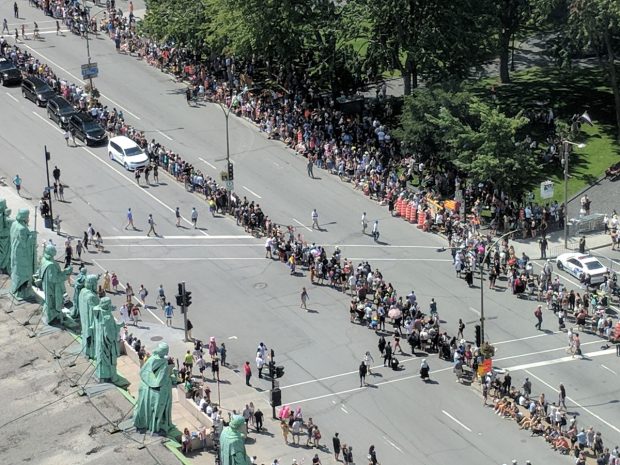 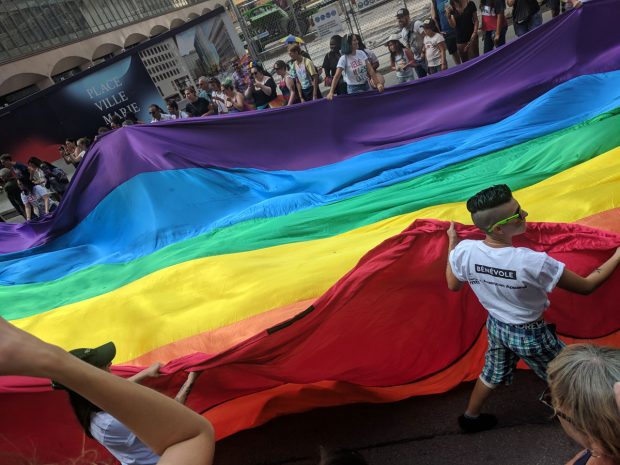 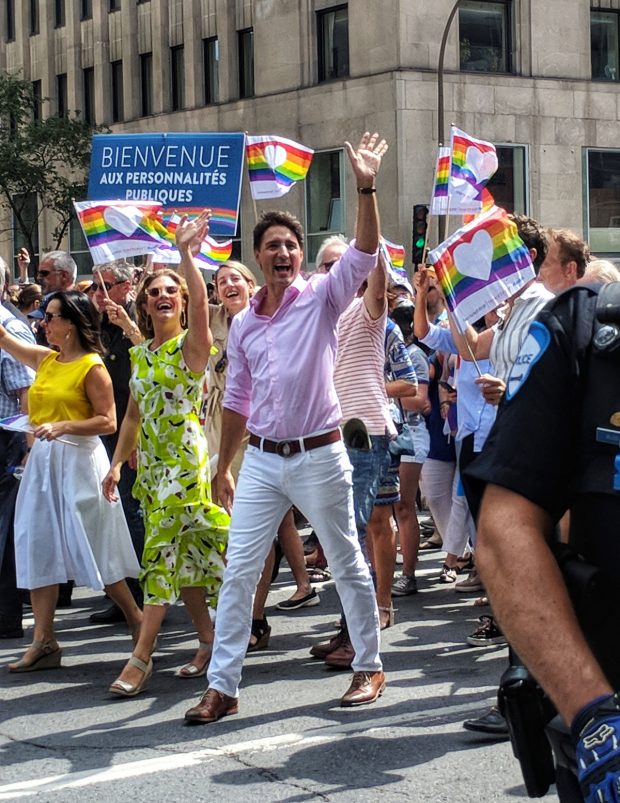 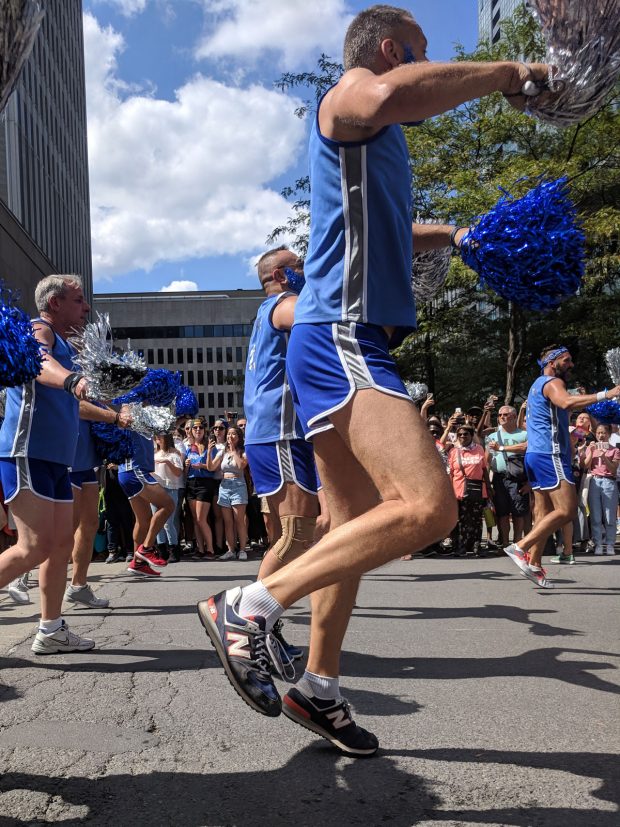 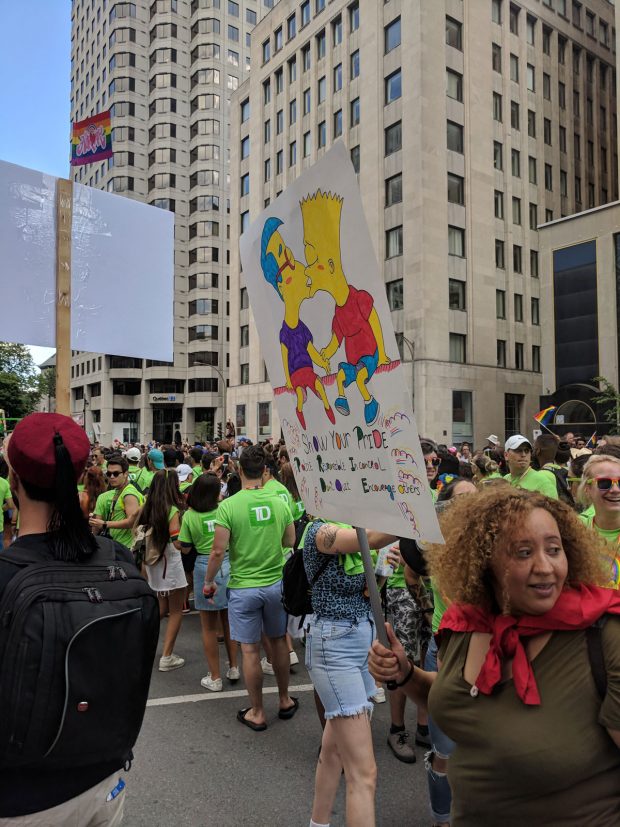 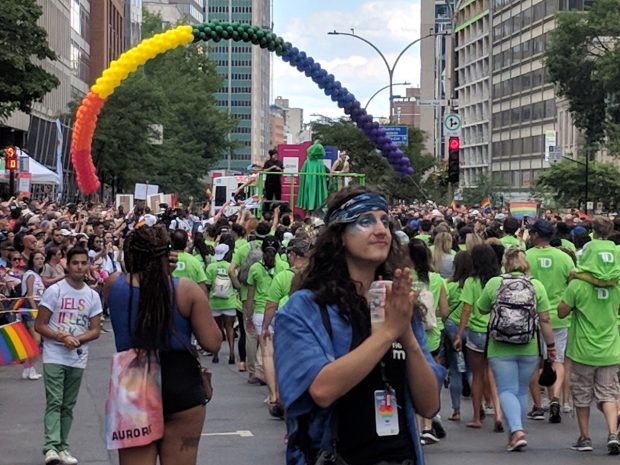 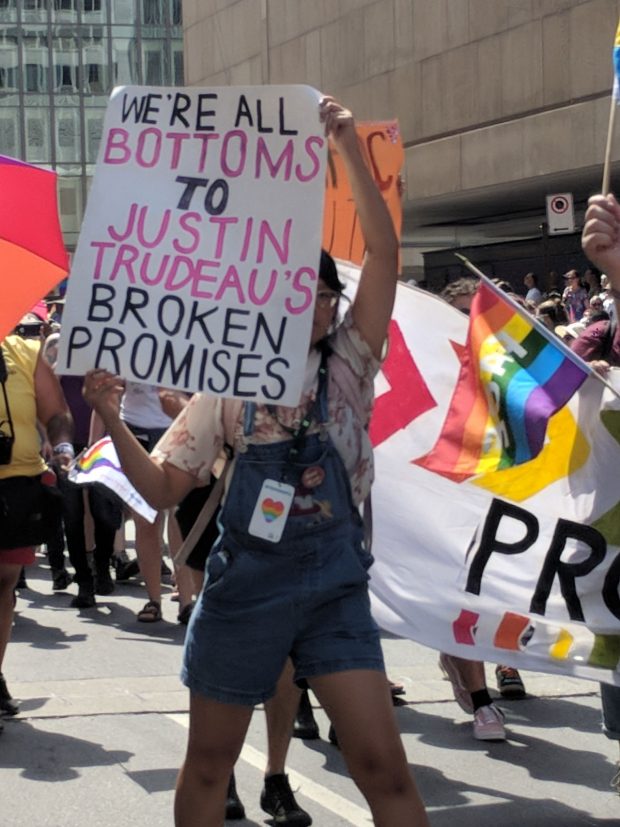 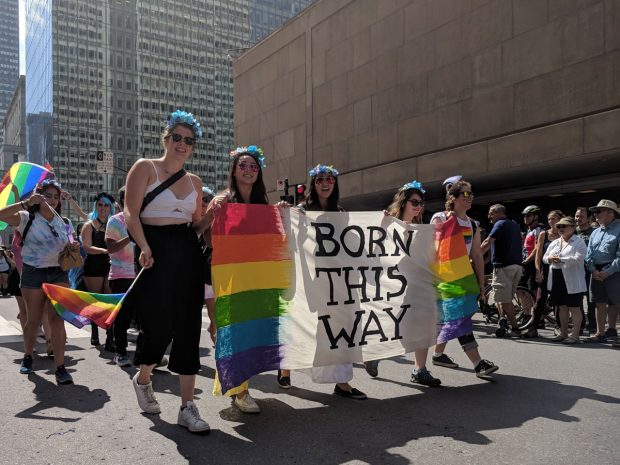 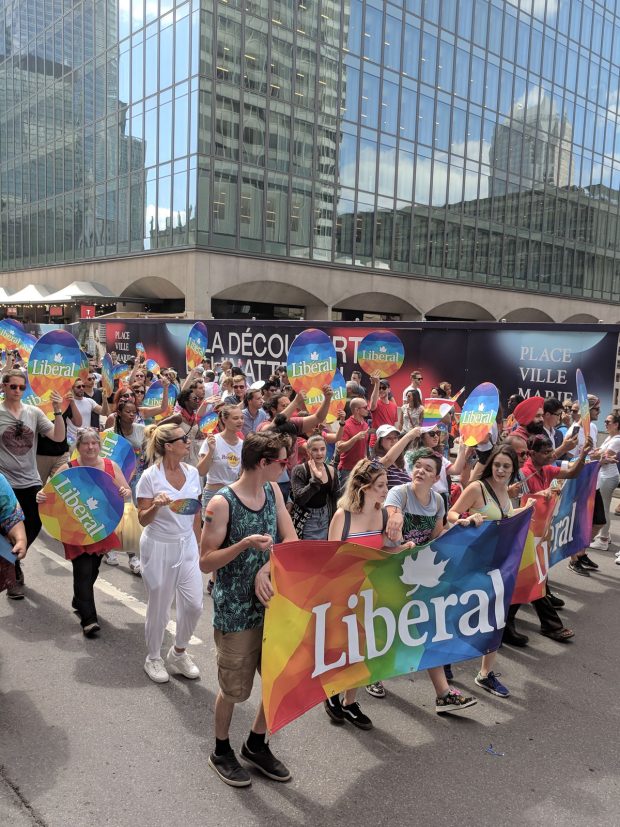 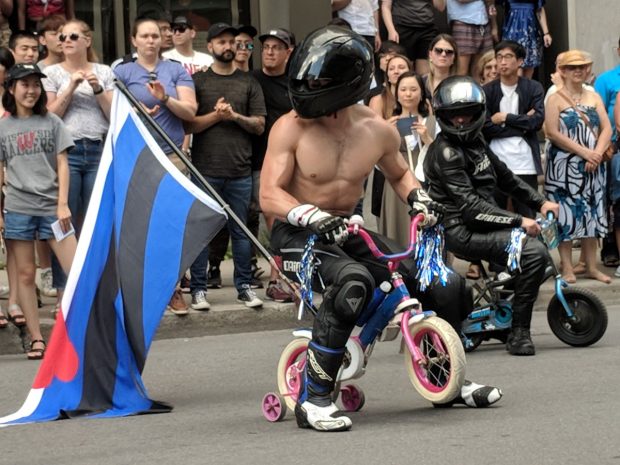 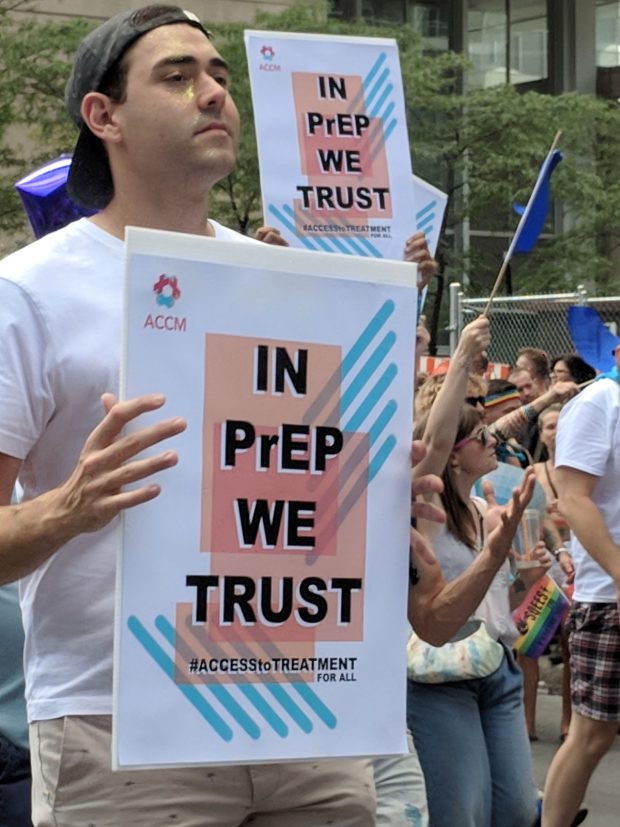 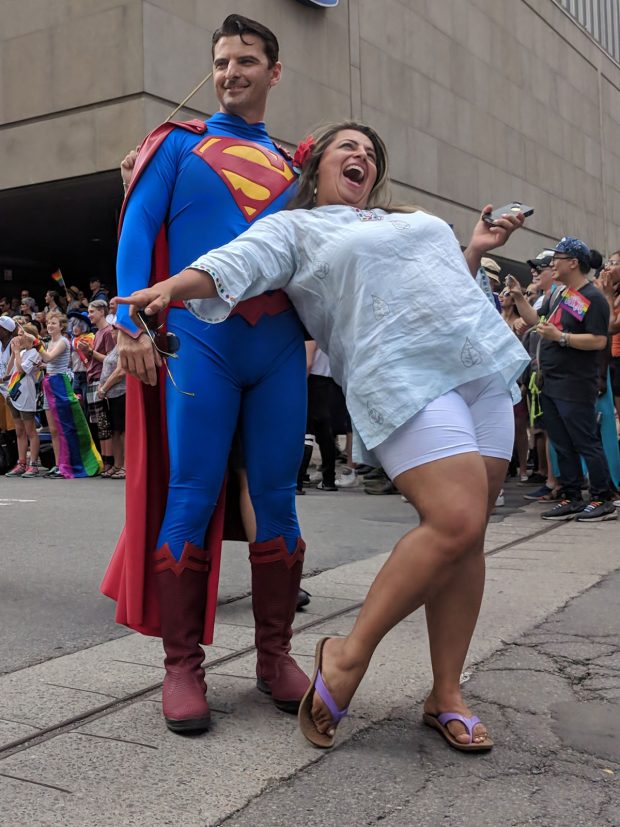 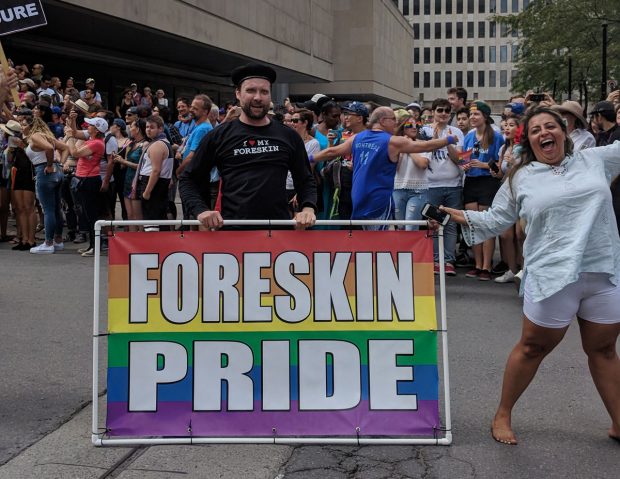 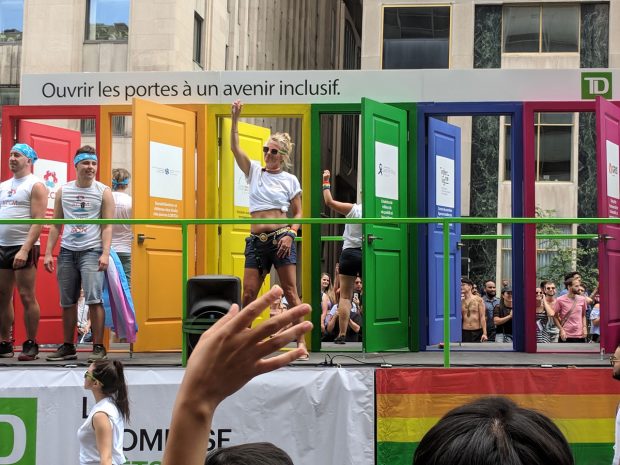 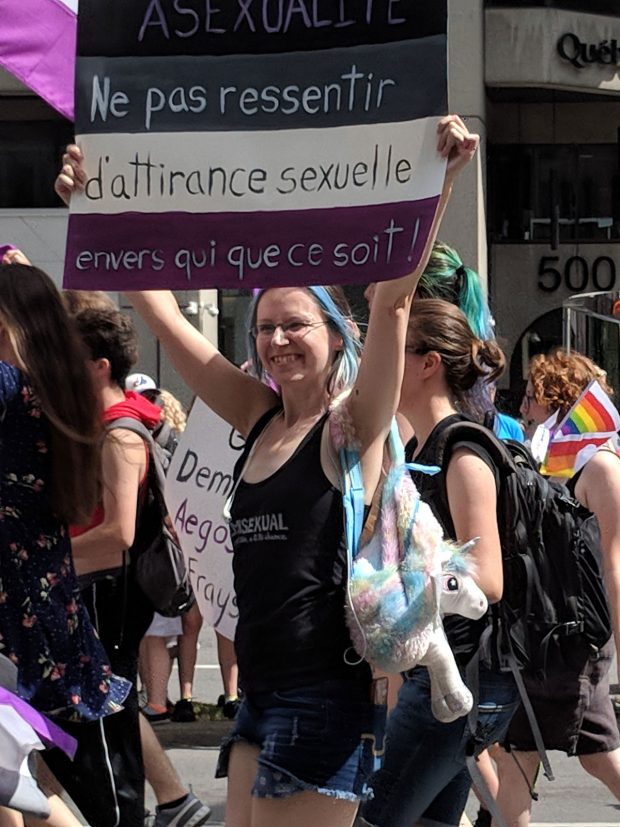 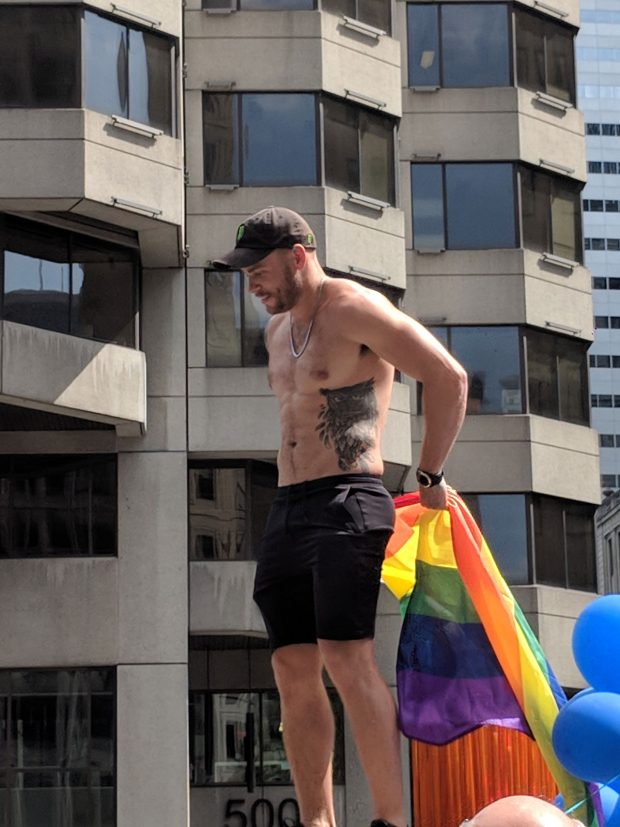 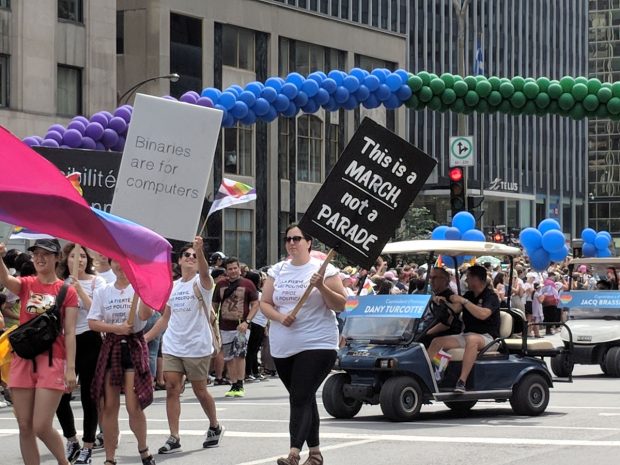 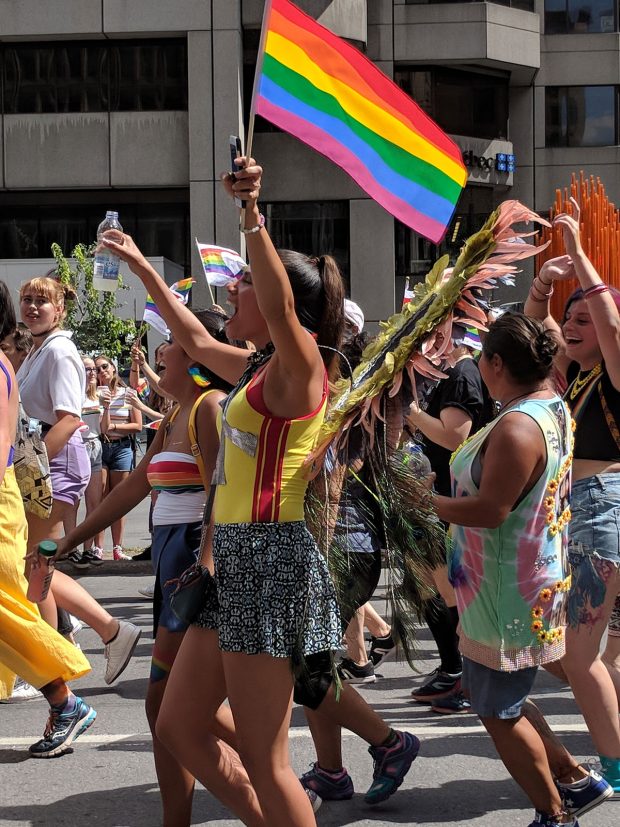 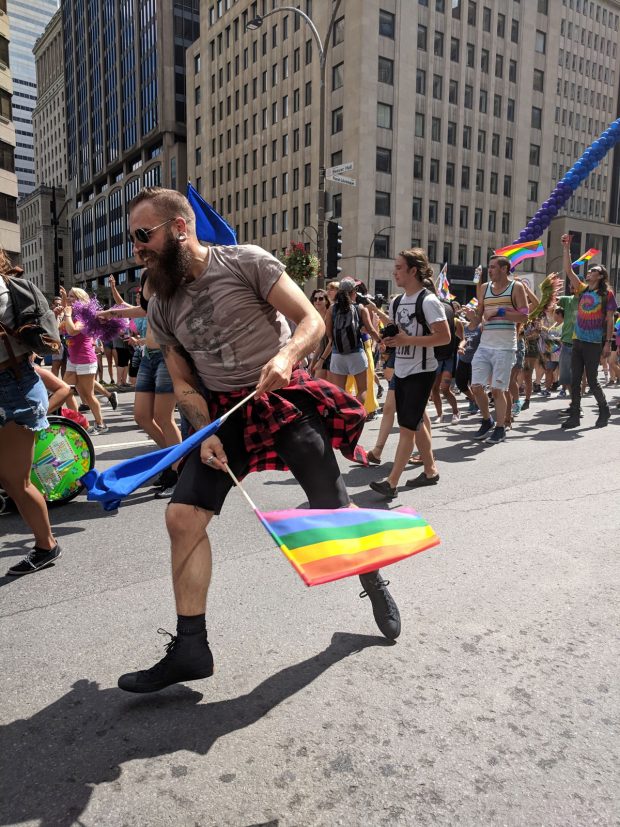 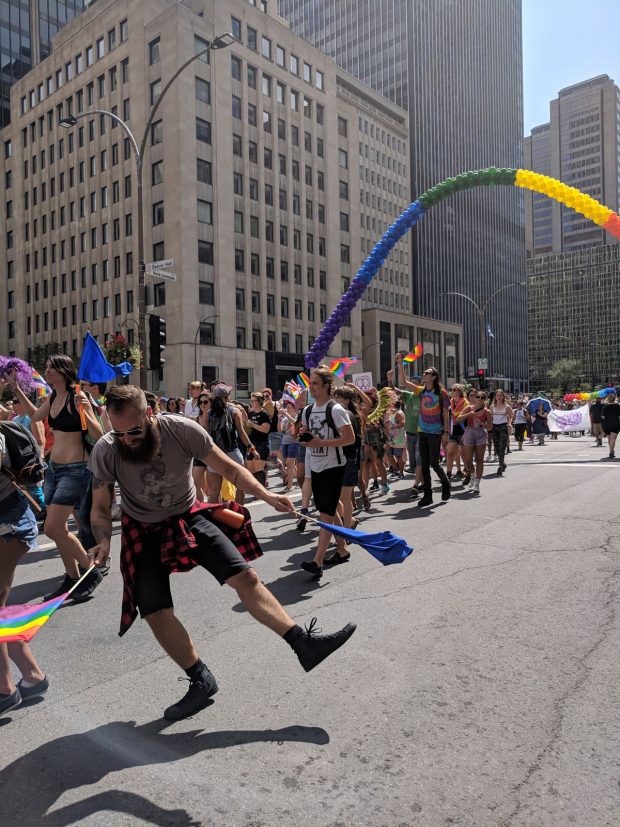 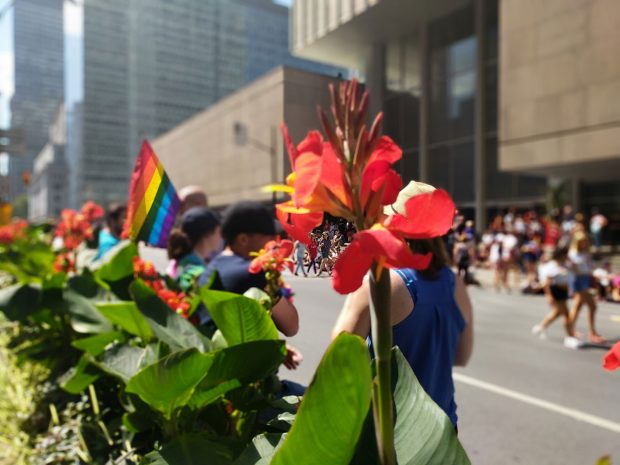 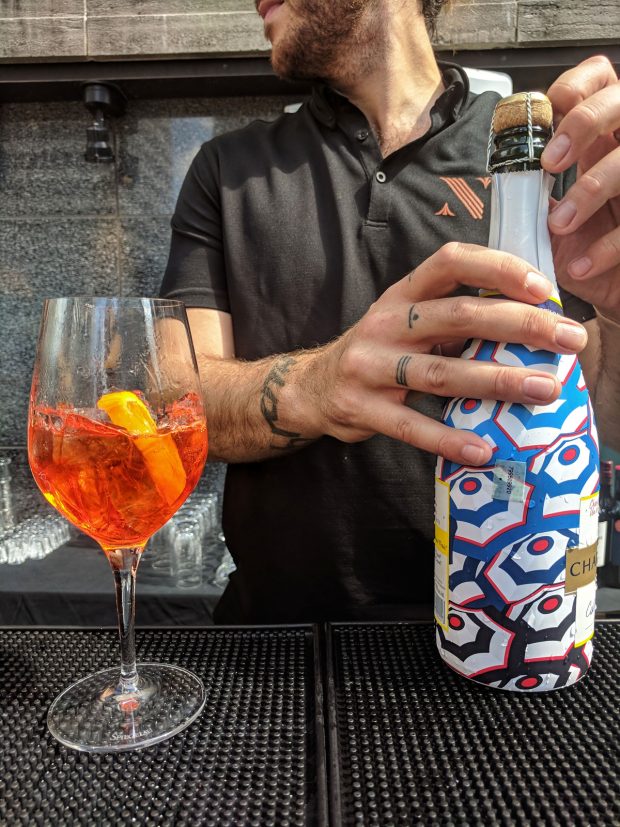 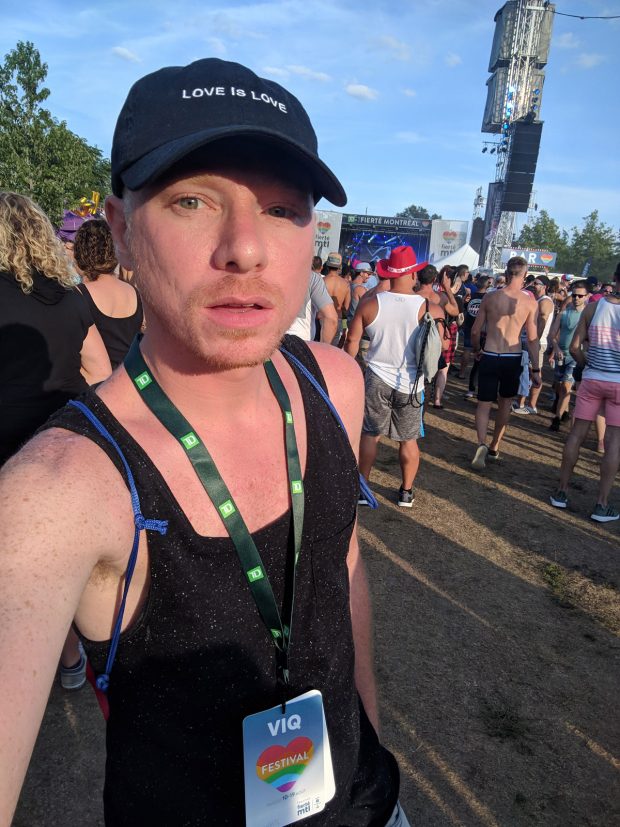 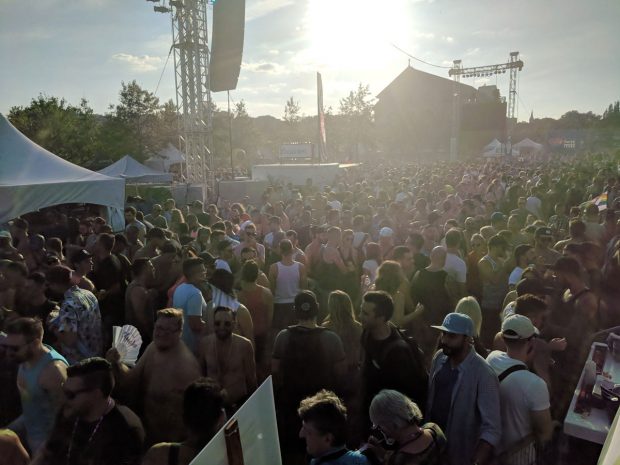 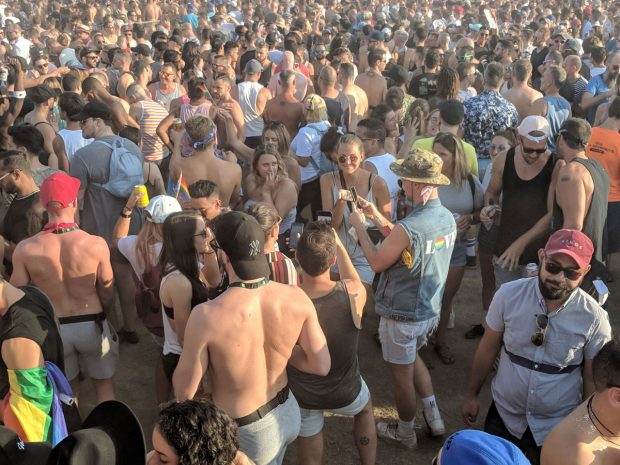 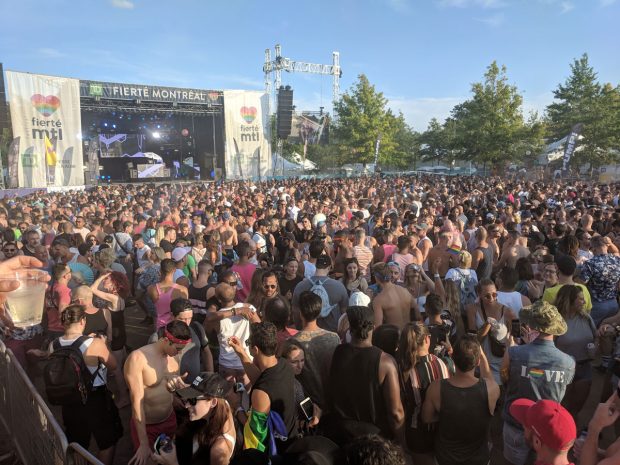 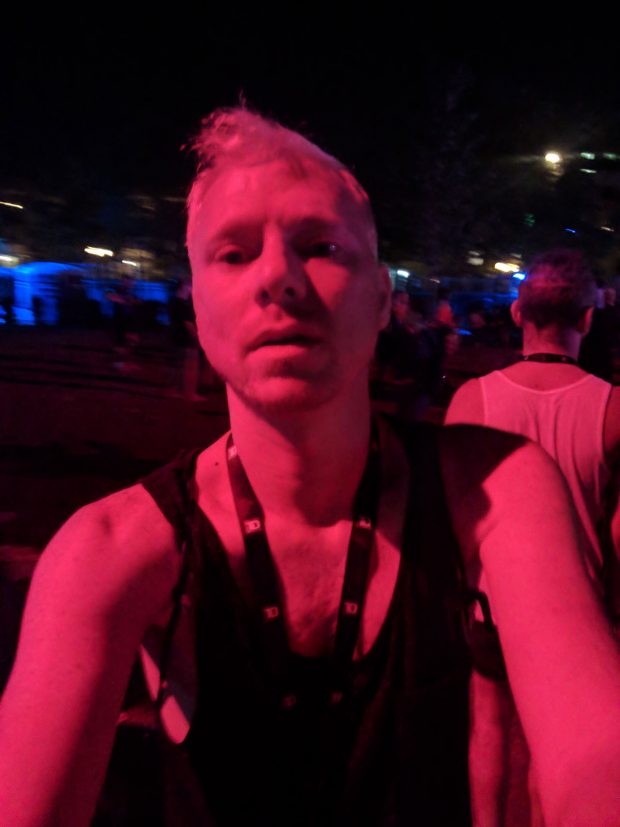 My visit to Montreal was sponsored by Tourisme Montréal. Check out their website for beautiful imagery and recommendations on where to stay, things to do, and other useful travel itineraries.