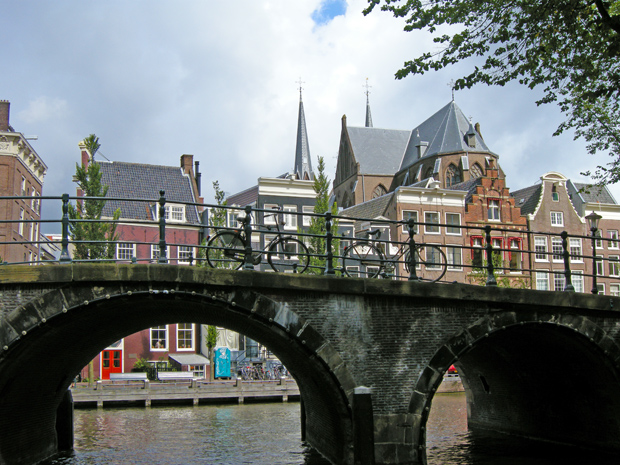 I’ve made it to Amsterdam… finally! Back in November when I wrote my list of goals for the year, visiting Amsterdam was top of the list. And now that the weather has improved in Europe, I’m finally on my way to what I assume will be one of Europe’s prettiest cities: A’DAM! (Also: how cool is it that Amsterdam gets abbreviated as *my* name?!)

I arrived to Amsterdam last night on a train from Berlin. My whole trip has been booked and organized by STA Travel. Over the next 5 weeks they’re sending the coolest bloggers and Instagrammers (ie, ME) to some of the coolest cities in Europe. You can read a bit more about the STA Travel Insider campaign on their blog. I’ll be in Amsterdam through Sunday sharing content online with the hashtag #STATravelInsider — keep an eye out for it!

If you’re not familiar with STA Travel, then you’ve likely never been a student who studied abroad. They’re a global travel, experience and adventures brand — and they always offered the best discounts when I was studying in Sydney and in London.

After pulling into Amsterdam Centraal Station, and walking outside: it was immediately apparent that this is a small city. But a crowded one! I was nearly run over by at least three bicycles within my first hour wandering the city streets. And yet the people have also been very friendly so far. When I asked a taxi driver outside the train station for directions to my hostel, he kindly pointed me in the right direction rather than try to scam me into an easy fare (my hotel’s only 800 meters from the station).

Walking to my hostel, I must’ve crossed at least three bridges. I can’t believe how much water is in this city. I always knew Amsterdam was full of canals — but they do seem to be everywhere! This afternoon I plan to do some more exploring — by bike — so I’ll get a better sense of the city size and style. And hopefully spot some cool street art & graffiti. 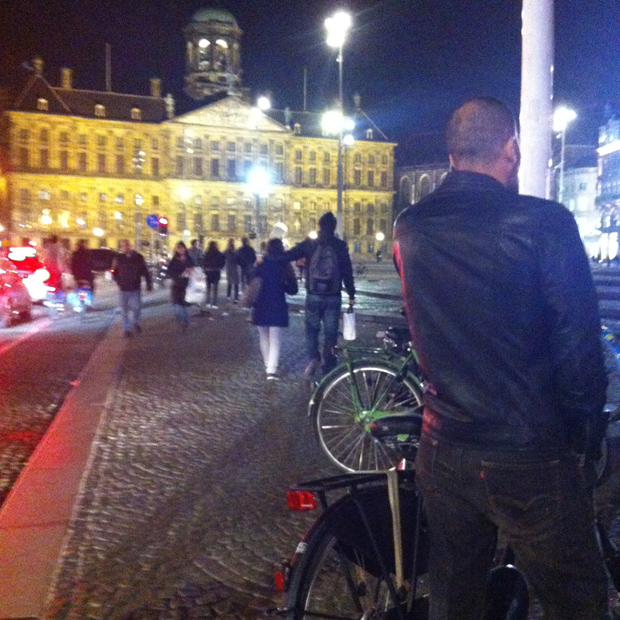 Sorry for the poor image quality – Amsterdam is also a bit blurry ;)

What’s on the agenda?

I’ve written in a lot of places about the various things I want to see and do in Amsterdam. Besides the Dutch beers (which I’ve already had several), I plan to sample as much Dutch food as possible. Things like bitterballen and poffertjes seems like foods right up my alley. I’m planning to meet up with Shoshanna from Awesome Amsterdam who has promised to show me the some cool places to hang out (including speakeasies!).

I’ve already poked around a bit on the STA Travel website to find the basic sightseeing things to do and plan to hit up some of the Amsterdam museums. Lots of you have already tweeted to me about how I have to visit the Anne Frank House. There’s also the Van Gogh Museum which I’m pretty keen to see. I’m determined to see a bit of culture while I’m here! I’m almost certain there is more to Amsterdam than beer, drugs & sex — but we’ll see…