One of the best parts of a film festival is the opportunity to see movies that are hard to find, movies from countries that you haven’t visited yet. This was the case of Madare ghalbe atomi (Atom Heart Mother), by director Ali Ahmadzadeh from Iran. The movie tells the story of two girl friends traveling through the streets of Tehran at night. The main character is played by this extraordinary and really expressive actress named Taraneh Alidoosti. 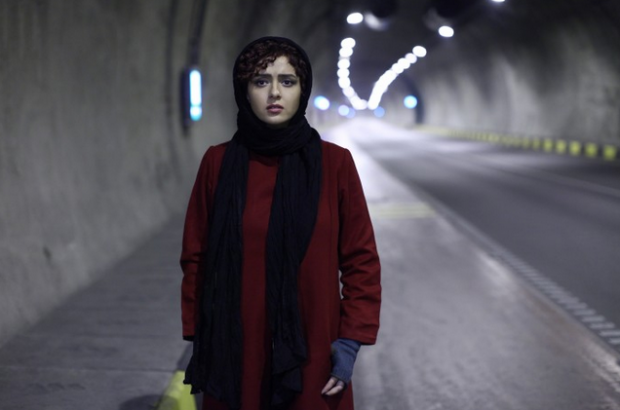 During the journey, the girls meet a male friend and have a night watching Tehran from above. He tells them a story of his nightmare: needing a light for his cigarette and finally getting fire when a nuclear blast blows the city. Later in the evening, while driving the opposite direction down a one-way road (because why not?), the girls have an accident and a mysterious stranger, Toofan, pays off the offended driver involved in the crash and makes them a favor. After this, we discover that Toofan not only offered help that no one asked for, but terrorizes the girls, who he considers as indebted to him. The movie was a comedy, but with dramatic moments, it was more closely related to surrealist art.

I liked the story for several reasons. First, it was interesting to see the use of pop songs like the famous We are the World, in a completely foreign context. They hacked the song, giving it another meaning. The girls are tortured by Toofan, who forces them to drive Saddam Hussein around town, and also beats them and yells at them. Toofan is the symbol of the dictator, unwanted but powerful, acting erratically and violently without apparent motivation.

In the post-film Q&A with the director, many spectators from the cinema were interested in the context of the movie, wondering about censorship in Iran. My interest laid more in the use of color and the extreme close-ups of some scenes. I also liked it, because it portrayed powerful youth. These girls were enjoying life, trying to discovering their own path, trying to make sense of a world that imposed upon them. I think we need more movies like this one. Not just movies with such strong female characters (perhaps especially considering this was Iranian cinema). But we also need movies that show empowered youth. That’s not to say that there was more to the film, though.

Even when the final scene was a little too abstract for my taste, I still liked the idea of the surreal encounter. Throughout much of the film, you as a viewer need to call into question if the things that are happening in the screen are real or not. This seemed to be a deliberate way to invite you to think and to discover the absurd situations of our own world. Indeed, the movie had lots of elements I liked: a road trip (even if it was just a single night within a single city), references to pop culture ideas like the C27 (the club of people who die at 27 like many of my own idols such as Amy Winehouse, Kurt Cobain and Jim Morrison), the idea of friendship and, importantly, the desire to enjoy life. 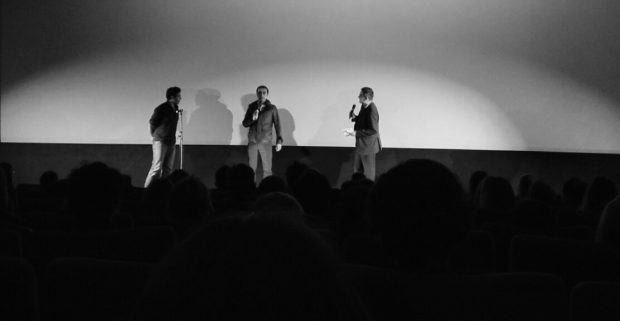 I haven’t visited Iran but I have been to many other places different from my own home. And from all my travels, I still strongly believe that young people are changing the world over. We are making a difference, we are challenging authority, we are doing things. Lots of things. In the film, the girls are challenging authority in several different ways, not necessarily violently, but in clever, smart and funny ways. This comes to a head when the girls and their friend are stopped by the police, the officer getting into their car. He thinks they adore Satan because they listen to silly music and wear sunglasses at night. To me, this looked as if absurdist comedy, surrealist ideas bouncing around the car.

But the film’s plot isn’t just about youthfulness and generational differences. Much of that takes up the first half of the film, but then things change. There’s an awkwardness when the strange man, Toofan, enters the scene—repeatedly and often unexpectedly. And in one abrupt and surprising moment (I actually gasped during the film!), things take a very sudden turn. It’s this surrealist and abrupt departure from one mood to the next that kept me enthralled in the story, up to the very end of the film. The last scene was like a thriller movie and the film’s abrupt ending left me almost angry. Almost angry at what might have been, what had happened and what might still be to come.

After watching this film, I have another vision of Iran. A vision different from what I’ve seen on the news or what I’ve read in books. Instead, it’s one that shows young people who want to be happy and want to live in peace, without some stranger terrorizing them and forcing them to do things they don’t want to. Does this sound familiar? Indeed, the winner of the Berlinale Golden Bear this year was another movie from Iran: Taxi, by director Jafar Panahi. You can bet that I’m going to watch this movie as soon as I can find it, because watching foreign cinema is just yet another way to see the world and to discover peoples, to discover places. Movies like this bring us closer to each other with better understanding, more connectedness and I believe that they honestly help us to see things from other perspectives. Let’s make more movies, and less wars.