Last week saw an influx of tourists to Berlin. The city, painted red for the 64th annual Berlinale film festival. Protests & demonstrations, existential celebrity freakouts, a whole slew of parties and political statements thrown about—all more than usual for Berlin, but still manageable for a city as culturally diverse as Berlin. Watching and reading the local and international media here, that means there has been a lot of stories coming out of the city. People proselytizing celebrities or certain feature films, friends stalking the red carpet and journalists hunting down celebrities. It can feel a bit mad, but at the same time, the city is something special during the 10-day Berlinale. 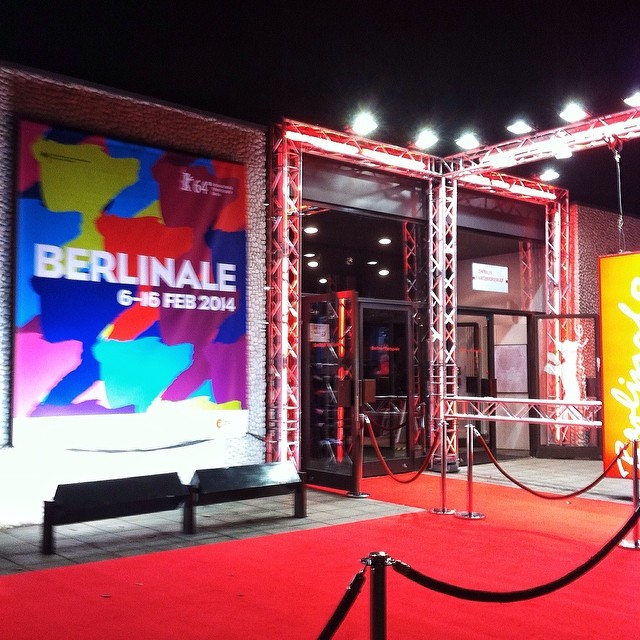 The only red carpet I saw was an empty one

For me, though, the Berlinale is something different. It’s not about the celebrities. And it’s certainly not about the red carpet. For me, it’s the films. It’s the passion that permeates the cinemas. Showing up at the theaters, not being able to buy drinks or popcorn, buying tickets three days in advance. These are the things you must do during the film festival. The movies aren’t there for pure entertainment. There are no trailers, no long waits. The films are there for people who value cinema beyond the spectacle and beyond the celebrity. For me, it’s the movies that are the star. It’s the stories and the passion. The atmosphere, too, but that’s because I get all swept up in the excitement of quality entertainment— a contest for the best films not because of their clout or their money, but because of their art or their contribution.

I’m not entirely sure where my love of film festivals came from. I’ve always been a fan of quality movies. And even if I never studied cinema in college, it was always a passing interest. I remember studying title sequences and movie logos during my training in graphic design. I remember movie passes and premieres in Boston. I remember Leicester Square premieres during my study abroad semester in London. And for the past three years, I remember the Berlinale. The Indian movie Gattu in 2012 and Toyko Family from Japan in 2013. A Polish film in 2013. I remember the question & answer session with a young American director. And another one with the young cast from a Costa Rican film. I remember movies as much for the plot, the acting, the cinematography, as I do the experience. I remember where I sat in which cinema for which screening.

What does the Berlinale mean to me? It means movies. Plain and simple. Lots and lots of movies. 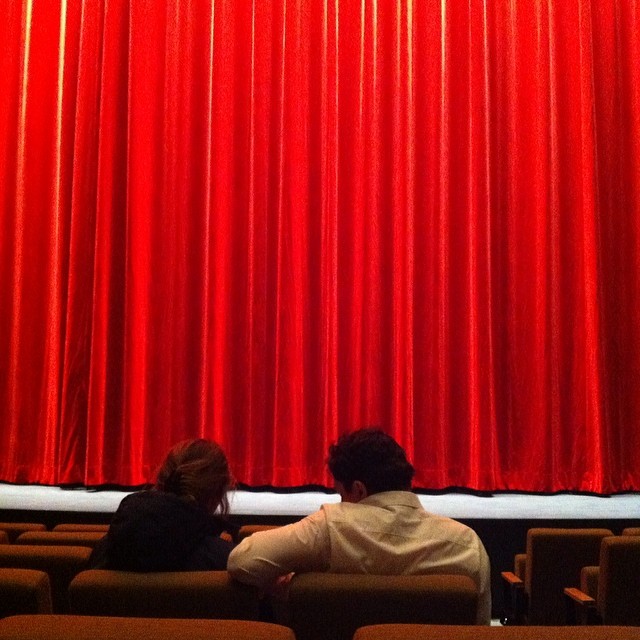 These are the movies I saw at this year’s Berlinale, with my quick synopsis & review for each. I’m not an official critic so there may very well be spoilers below. I’m just not that adept at writing reviews that can promote a film without giving away the story. 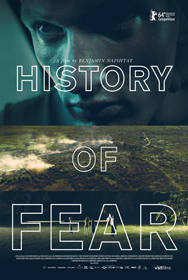 History of Fear — Oh this movie… With a title like that I spent the entirety of the film waiting for something to happen. There were a lot of intense moments and so many of them just fizzled out. I suppose that was the idea of the film though. Set in Buenos Aires, the film shows the anxieties and pressures among a classist society. Much of the film focuses on the worries of the rich, which often tend to be pointless. I didn’t like this film because it made me uncomfortable. There was no character development and the strangely interspersed stories of the characters (though limited) made the story awkward. But in hindsight: maybe that was the point? I don’t know. I’m still wrapping my head around this film. And that’s probably what it was trying to do all along…. Ooops. They got me! PS: The end credits design? Amazing. Solid, split-screens of color. — Official Website 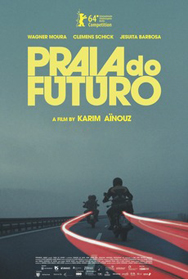 This Brazilian-German film got a lot of attention among my friends, not just because of its gay storyline, but because much of the movie takes place in Berlin. The movie takes its title from a beach in Fortaleza where, early on in the film, the lead character—a lifeguard, Donato—fails to save a drowning German tourist. Things unravel from there and a gay romance brings Donato to Berlin for a holiday. As you do, the holiday turned into a permanent relocation and an escape from his previous life. Reality only hits years later when Donato’s younger brother shows up. I found the film slow, but interesting. Maybe, though, that’s because of my own ties to Berlin and the fact that I see so many escapees here in Berlin. That’s the Berlin story. PS: The typography? Awesome. — Official Website 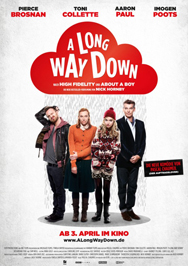 UK: A Long Way Down

I was into this movie as soon as I heard about its release. The movie is based off a book of the same name by Nick Hornby, an author I regularly read when there were new releases. This story takes place in London with four characters whose happenstance meeting on a rooftop (where they were each individually planning suicide) suddenly and irrevocably ties them together. Hornby is pretty skilled with the romantic comedies, but this story is less romance and more absurdity (with a fair few moments of tenderness). I loved it! I thought the movie did a great job of capturing the absurdity of the book. Altogether, a nice translation from book to cinema. Oh and I definitely cried during this one. — Official Trailer 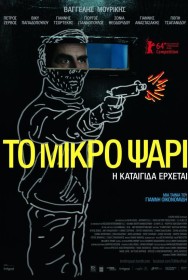 Also called To Mikro Psari (Little Fish)— At over two hours, this was a long film. The movie centers around the title character, Stratos, an anti-hero, and his life as a professional hit man. This isn’t a glamorous story, though, as Hollywood often exaggerates the same subject. Set in Greece, we’re presented with the harsh realities of a sad and desperate society. The story seems like it’s trying to be intense…and admittedly there are a few twists and turns, but in the end, you’re not really left with a surprise.

The Berlinale Film Festival is probably one of my favorite things to do in Berlin during the winter. Individual movie tickets can only be bought three days before the screening (except for movies during the Kinotag, the last day of the festival, which can be bought on the first day of ticket sales). Prices aren’t even that expensive! You can learn more about the Berlinale festival on their official website.