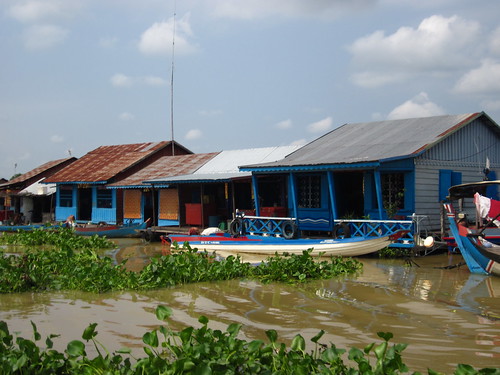 Just like before I took the slow boat to Laos, I did a bunch of research online about the boat from Siam Reap to Battambang in Cambodia. Lots of negative reviews, mostly along the lines of “uncomfortable, takes forever, may end up just taking a bus if the water is too low.” But again, like for the boat in Laos, I decided to ignore everything bad I read online (there was plenty of good things about it online, too), and just take the damn boat.

Reviews, guidebooks and travel agents tell you that the boat takes anywhere from 6-9 hours depending upon the water level. At this time of year (April), the water level isn’t very high (the rainy season not yet starting),so I knew to expect a longer-than-usual boat ride. It was 10 hours.

The boat was also just as uncomfortable as I’d heard. Hard, wooden benches for seats, with not enough room to stretch your legs or lay down. However, you definitely could go up to the roof, and lay down there if you wanted. Which I did for a while until I started to feel a sunburn coming on. The engine was loud, but that’s to be expected. The heat was pretty unbearable, but that’s not the boat’s fault. It’s April in Southeast Asia.

While the boat was uncomfortable and there was little clue as to how long the ride would take, the scenery was absolutely stunning. Online reviews & comments lead you to believe that this is the best boat ride in Cambodia, possibly all of Southeast Asia. And that’s absolutely, 100% true. 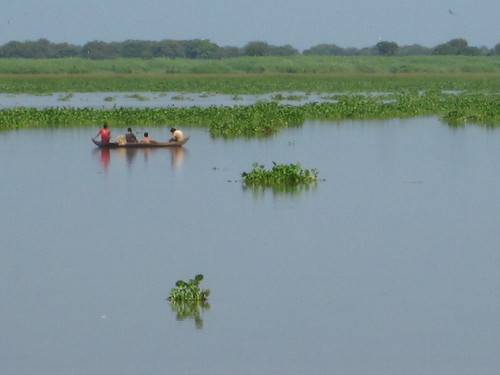 The boat first goes through the massive Tonle Sap lake. There are a few floating villages you pass by immediately, but the half hour or so you spend jetting across the lake is breathtakingly beautiful. Through green weeds there are other boats passing & families fishing. The horizon is lost between the blue water and the blue sky. 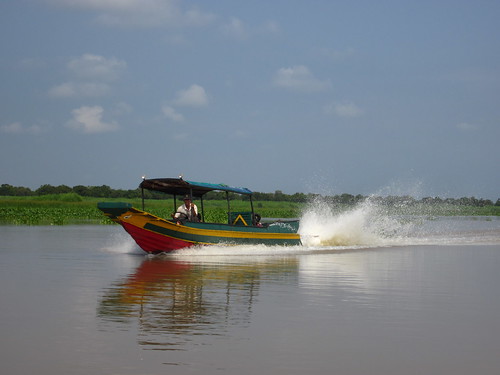 After passing across the lake (which for our journey, involved a few times where we got stuck in weeds and had to turn around), the boat goes through the river and that’s where you start to see a bunch of floating villages.

From what I understand, the floating villages are simply that—villages that float on the river. The buildings were relatively clearly labelled in some of them, with the name of the village and whether it was a police outpost or a school or a general store, what have you.

As the boat passes by, you get a fleeting glimpse into these homes and buildings. It’s a little funny, in my opinion, to be snapping photos of people in their homes or at work, but sometimes the scene was just too hard to resist. Below are some of my photos from the trip. 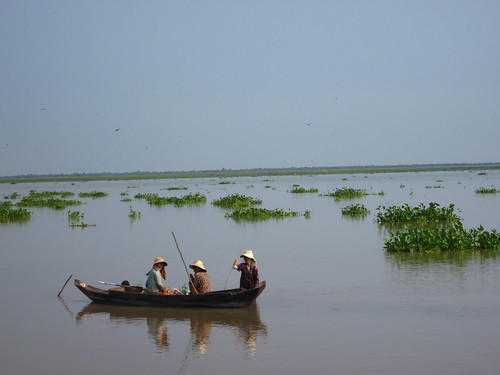 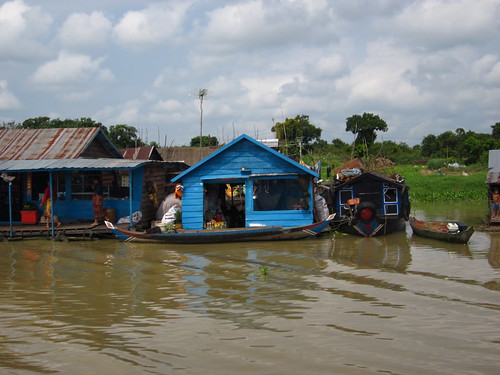 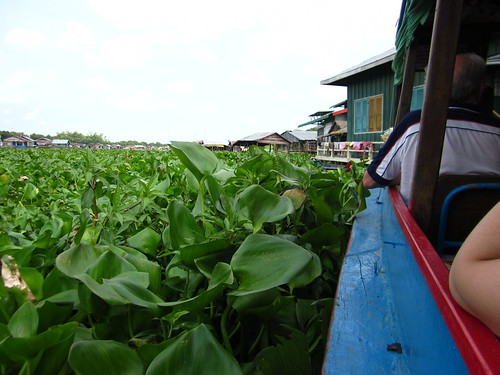 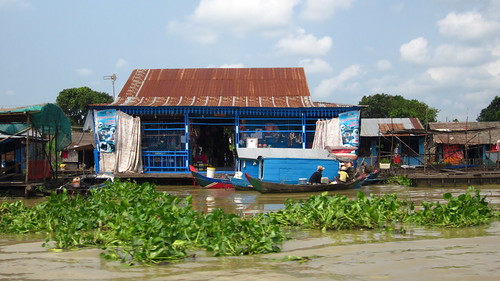 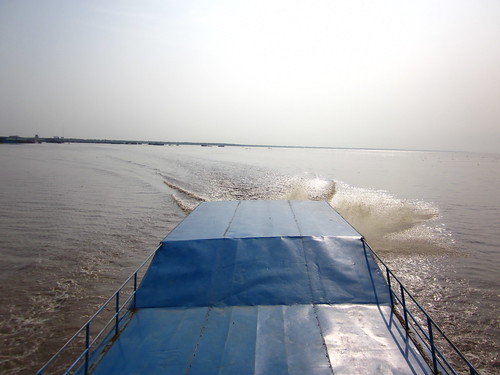