It’s almost 3 a.m. and I’m sitting in my hotel room. I’ve just come back from a night out in Chicago’s Boystown — this midwestern city’s famous gay hotspot. My heart is pounding and Meghan Trainor’s tunes are stuck in my head. Pulling off my shoes and stumbling into my downtown hotel suite, I can’t help but feel excited. I strip down to nothing and crash into bed, almost instantly asleep. Today was a good day.

I’m waking up early tomorrow (to get donuts at some trendy bakery—it’s a “must-taste” stop on my itinerary) but that’s not what I’m excited about. Everything I’ve done in Chicago on this particular weekend—the things I’ve eaten, the museums I’ve been to, the people I’ve met—it’s all just been so…wonderful. 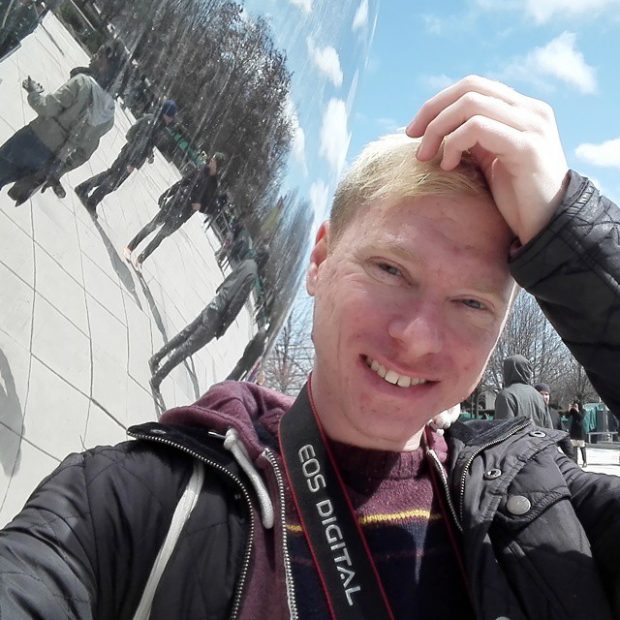 Being a tourist in Chicago :-)

When most people think of the big American cities, Chicago often gets left in the cold (sometimes quite literally). NYC and LA have those nifty acronyms which double as the way people actually call those cities. Chicago, though, is America’s third largest city. It’s home to some of the world’s best museums (another story I’m working on—check back soon!) and the city’s gay nightlife rivals that of most other metropolitan cities in both the USA and Europe. There are more than a few world-class chefs that come from Chicago and its midwestern home-cooked roots…though I personally preferred eating a lot of the city’s street food and cheaper eats. There are hipster neighborhoods, alcoholic slushies served in clubs and live music spilling out of every possible venue. 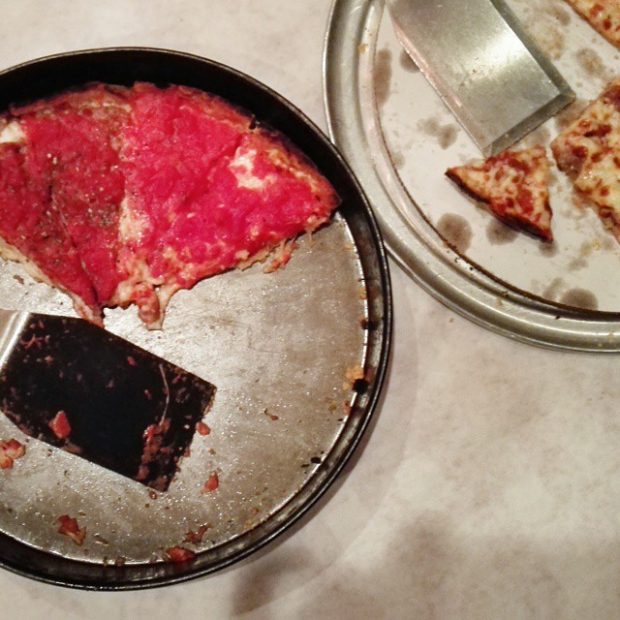 Sampling all the pizzas possible

Chicago is one of those cities that sits quietly, unassuming on the map, yet when you actually show up and get to see it for yourself—that’s where it shines. Maybe you’ve heard of the Art Institute of Chicago. You’d probably seen it in Ferris Bueller’s Day Off, but then when you’re actually inside, standing in front of Edward Hopper’s Nighthawks. Oh that is a special moment.

Maybe you’ve had deep dish style pizza before. (Probably at Pizzeria Uno’s since they’re in every college town across the USA!) But you haven’t really had it until you’re sitting in a Chicago pizzeria, listening to the owner tell you about the famous celebrities (and criminals) who’ve passed through for a pie.

Maybe you’ve seen photos on Facebook of friends or co-workers who’ve been up to the Skydeck—the glass ledge that juts out of the 103rd floor of the Willis Tower (formerly the Sears Tower). But standing there, 1,353 feet up, looking directly down onto the street below. That’s a rush you just can’t really get in a photo! 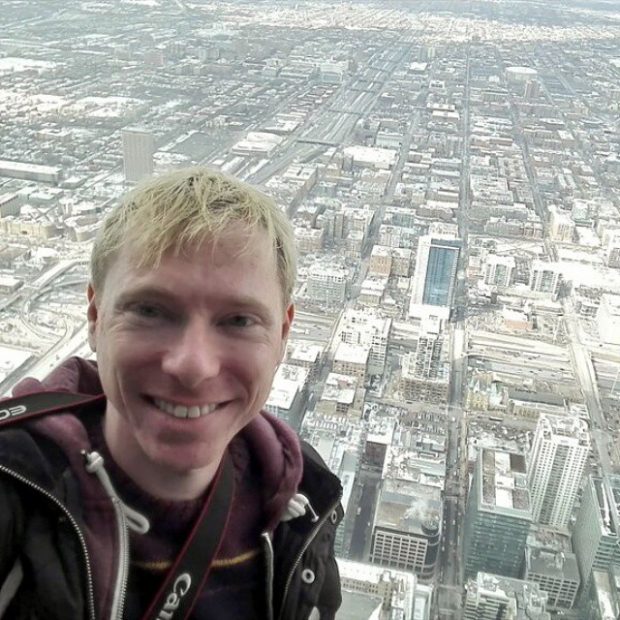 Up on the Skydeck!

The biggest surprise for me had to have been the food. I like greasy meals as much as anyone else, but so many of the Chicago eateries I went to were so much more than that. Besides fried chicken for breakfast (with waffles), or donuts for breakfast, or—well, actually, I ate a lot of breakfasts in Chicago. But hanging out in Logan Square, Chicago’s unofficial hipster neighborhood, many of the cafés and restaurants served up cool fusion cuisines a bit healthier and just as tasty as some of the more touristic downtown restaurants. 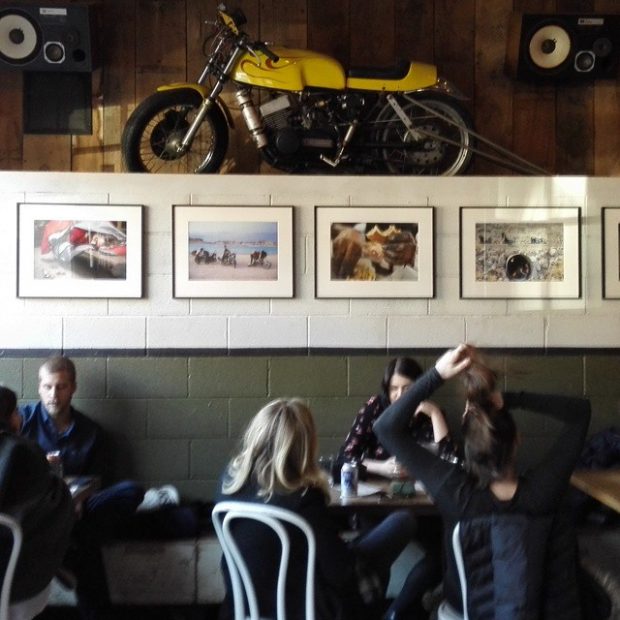 I didn’t expect to be amazed by Chicago on this weekend trip. I’d been before when I was younger and had nice enough times. I always wanted to return, but the city always just felt pleasant—always a bit like a second choice. I never had a bad time, but as a youngin’, the city didn’t stand out compared to its bigger USA rivals. I was wrong, though. This isn’t just some boring midwestern city trying to be cooler than it is. This is a city that deserves much more hype than it gets.

Chicago is cool. And it’s totally unlike every other American city I’ve been to. With all the friendliness and charm of the midwest, the power of politics and the modernity of our 21st century cities, Chicago comes with everything I look for in a city trip, with a lot less of the hassle. 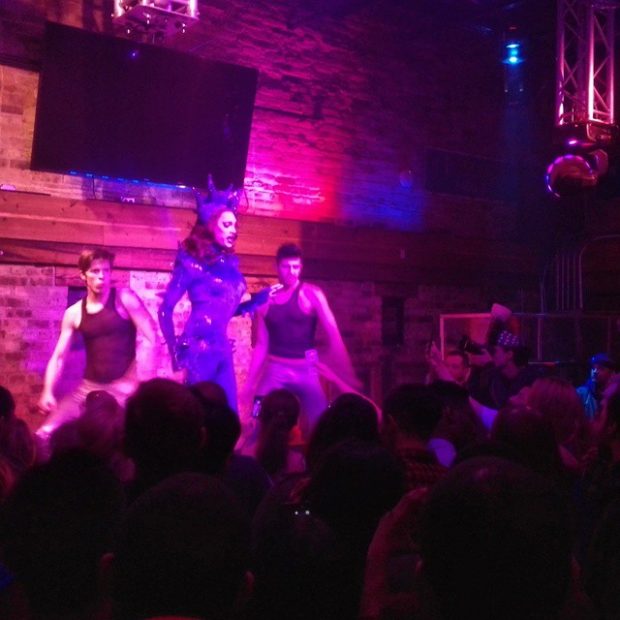 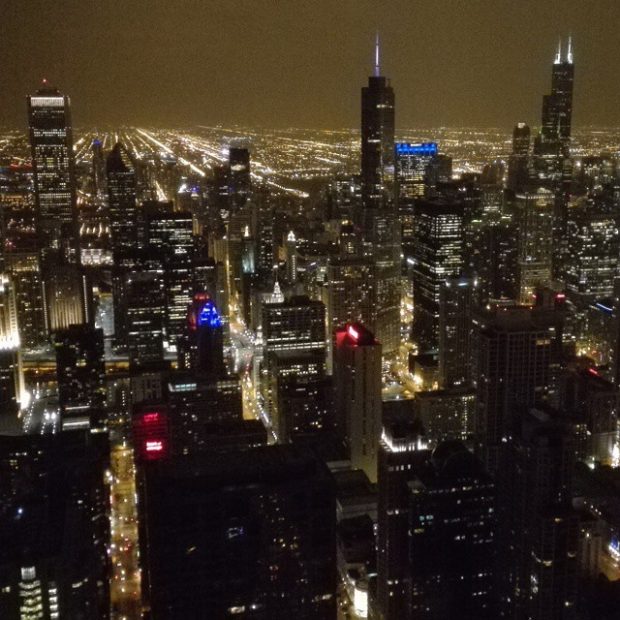 Chicago at night from the Signature Lounge on the 96th – incredible views all for the cost of a drink from the bar! 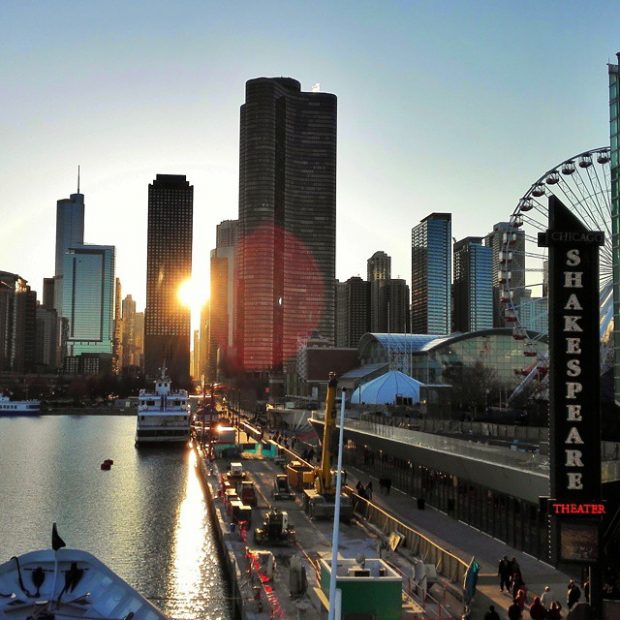 Sunset in Chicago at the pier 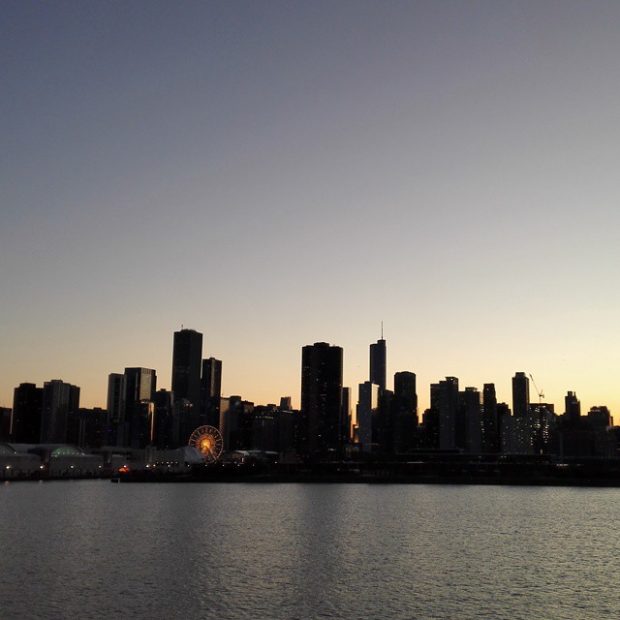 I was a guest of Illinois Tourism during part of my stay in Chicago. Check out their official website for more travel tips and itinerary suggestions. If you’re wondering where to stay in Chicago, it seems the best hotels are all located in the city center, usually along the “Magnificent Mile.” For the bulk of my trip, I was a guest at the MileNorth Hotel—easy to stumble home to in a taxi each night from Boystown :)

Join over 1,500 subscribers on BlogLovin and Feedly to get updated on new stories and reviews from many of the Chicago attractions and things to do mentioned here.