I haven’t written a rambling post in a while (uh, ever?) and I’ve been up to a lot in the past few weeks. I’m not sure how much I’ll be able to cover but I’m just going to write write write. And if you like, you can read read read.

Where should I start? How about at the beginning of the month. In Egypt.

June 1 saw me in Dahab (on the Sinai in Egypt). It was a place I was really looking forward to in Egypt and it was absolutely amazing. It was cheap ($4 dorm rooms; $1 falafel) and fun. I met a lot of really great people and spent most of my days doing nothing. Well, not nothing, but it probably seemed like nothing. I snorkeled (loved it!) and swam and sat around a lot. Ate some good food. But the best part? Met amazing people. 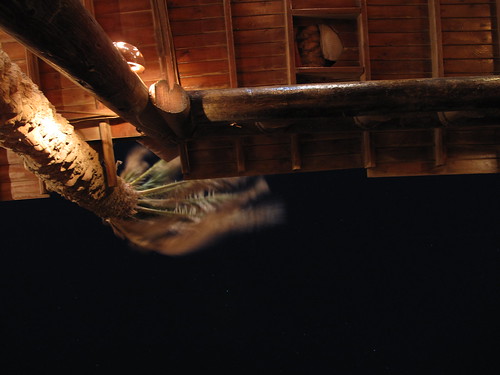 Each night I spent sitting at one of the many restaurants along the water. Waves gently crashing against the rock wall. Sitting on a pillow cushion. The stars overhead; slender white candles on the table. Saudia Arabia across the sea—a strange city in the distance. The moon didn’t rise until midnight. Jack Johnson on the stereo. 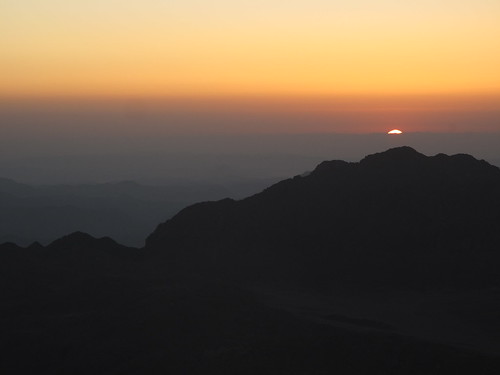 One of the main reasons I was in Dahab was to climb Mt. Sinai. It’s where Moses received the 10 Commandments and that Friday night (2 July) that I climbed the mountain pretty much marked the beginning of my biblical tour through the Middle East. 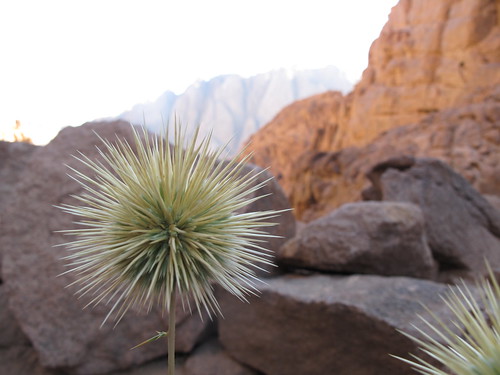 Mt. Sinai was beautiful, did I mention? A three-hour hike up to see the sunrise. Three-thousand steps down to see the Burning Bush in St. Catherine’s Monastery. No joke: a fire extinguisher on the ground nearby.

From the Sinai, I crossed into Jordan (via Israel to avoid the expensive/unreliable ferry service). By this time I was traveling with a large group of friends—all who’d come from Dahab. Being on a well-trodden backpacker trail I ended up running into the same people just about every day or so. I like seeing familiar faces in foreign places.

Petra is cool. Did the night tour (based on a recommendation) and enjoyed it. Great introduction to Petra. Probably wouldn’t have enjoyed it as much if I did it after the day tour.

Petra is BIG. Lots of hiking. And as I’ve realized, it seems I’m always hiking up a mountain/hill/slope at the very high heat of the day. All the time now.

I would’ve stayed in Jordan a bit longer, but my American caravan of new friends were all headed to Israel so I jumped on the bandwagon. Two days in Jordan and then I was in Jerusalem.

Left Petra in the morning and we raced three other Americans. We headed to the Aqaba/Eliat border while they were going to do the King Allenby Bridge into the West Bank. Not sure how it worked out but I’m pretty sure I took the easier route. Plus I got to spend an afternoon in Eliat—on the beach, eating ice cream.

Arrived in Jerusalem a week ago today and stayed at a chill hostel. Slept on the roof for cheap. (Actually I’ve been sleeping on various roofs my entire time so far in Israel.) Saw some sights; got lost on a walking tour; wandered around aimlessly; climbed the Mount of Olives (in the heat of the day, of course).

Met up with other friends in Jerusalem who I’d hung out with in Dahab. (Everything goes back to Dahab, yeah?) Had a lot of fun. For a holy city, there is a lot of lively stuff going on. I keep meeting people on their Birthright trips as well. They’re all over the place. Pretty easy to spot, too. 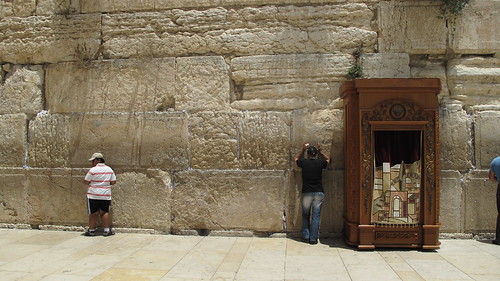 Loved the Western Wall. For too many reasons I won’t go into. Saw the Dome of the Rock. I like religion. Jerusalem just made me want to know and learn more: about Israel, about religion, about Judaism, about the people here—everything. 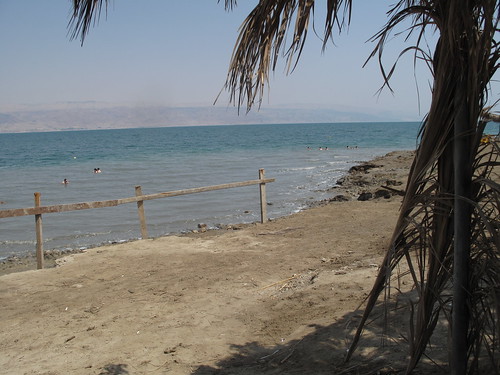 Took a day trip to the Dead Sea. Floated. I am surprisingly buoyant. Like for reals. I knew that you float in the Dead Sea but you can’t even imagine how easy it is. Totally surprising.

Now I’m in Tel Aviv—hanging out with remnants of my original group that left Dahab over a week ago. I like it here but maybe not as much as I was expecting. Jerusalem is better.

I’ll spend a few days chilling at the beach and figuring out my next steps. I’m not ready to leave Israel but it is expensive here. Can’t stay forever. Currently looking up volunteer and job opportunities. I don’t really want a “backpacker” job but who knows. I just want to be here for a while.

Well. That should hold you over for a bit. Hope you enjoyed it or hated it. I don’t really care. Just needed to get the words down. Words.