Most travel bloggers do a bit of dabbling in food writing, food blogging or food photography (See: The Taste of Travel, Cumi & Ciki, Cooking with Amy etc etc). It makes sense, really, because so many cultures are all about food. Dude, even I wrote that one of my big 5 reasons to travel was the food. Didn’t somebody once say that “you are what you eat”? And, like I wrote last week, talking about food while traveling can create quite the controversy.

So, without further ado, I bring you a series of posts about the food in Berlin. Last week, the NYTimes columnist, Mr Frank Bruni, wrote a fairly nice piece about the food in Berlin being better than expected. (Read: Sorry to disappoint, but I ate well in Berlin) Frankly, I agree that you can find quality food in just about every city you visit…but always at a certain price. Berlin isn’t quite the foodie destination that most capital European cities are, but it doesn’t always have to disappoint. It’s still a European capital city after all and there’s certainly some serious money in this town. And with great money, comes great food.

But still the vast majority of restaurants in Berlin just aren’t that satisfying. Cheap Vietnamese knock-off dishes and mildly spiced Indian meals can only go so far. Thankfully, most of the food in Berlin is cheap, but plenty of other cities are able to do cheap AND quality. When the local specialty is cheap sausage doused in ketchup and curry powder, there’s not many places to go but up.

So recently I’ve decided to reach out and try a few of the nicer food places in Berlin, rather than my usual 2.50 € noodles from the u-bahn station. First stop: the California Breakfast Slam in Neukölln. 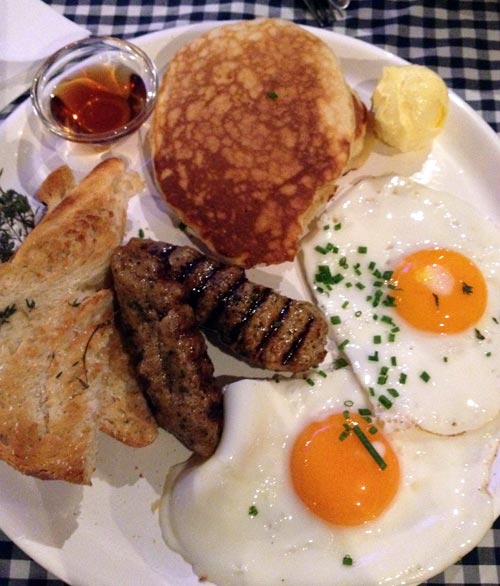 I first heard of the California Breakfast Slam when I arrived over the summer in Berlin. It’s about as hipster as you can get for a brunch in Berlin:

My two eggs dish was 7.80 € and came with Texas-style turkey sausage, fluffy mini-pancakes (yumm!), thick toast and hash browns with some fancy infusion of spices I can’t remember. It was a proper American-style brunch (how could it not be with huevos rancheros on the menu?!): big portions and plenty of maple syrup.

If you’re in Berlin for the weekend this is definitely a meal worth eating. 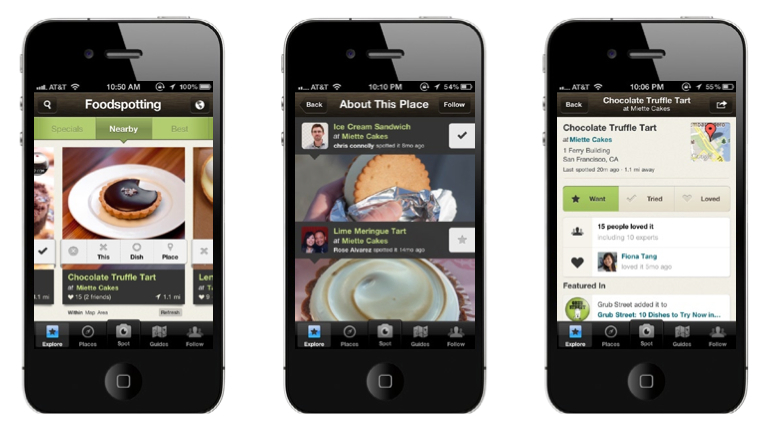 As part of my efforts to seek out more interesting food in Berlin, I finally decided to join yet another social network. Foodspotting has been around for a few years, and I’ve had it on my iPhone and iPod touch for over a year now… But it wasn’t until they recently relaunched as a Yelp/Qype equivalent (with a twist) did I finally open up the app. Now you can use it to not only upload your food photos (Read: First camera, then fork), but also find restaurants nearby with good-lookin’, lip-smakcin’ food. Read about the Foodspotting update and check out a cool video here: Foodspotting tumblr.

Want more information about Food in Berlin? Check out the exquisite foodieinberlin.com website for the finer restaurants in Berlin.

If you’re interested in visiting the California Breakfast Slam, follow them on Facebook to get the lowdown on their weekly specials (as well as a healthy & sardonic banter about food in Berlin). The location changes periodically (I think this is the 3rd bar that they’re weekending in) so best to check their Facebook for the latest information.