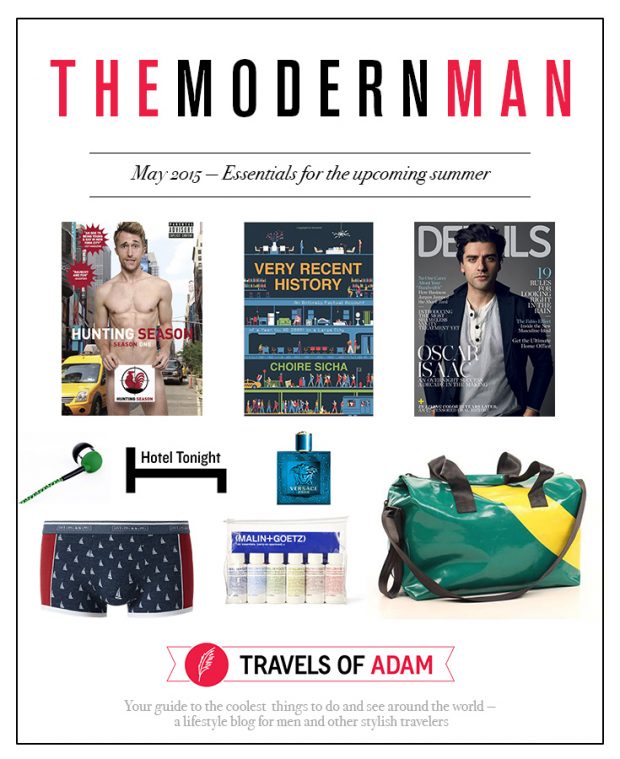 Introducing a new series on travelsofadam.com…

The Modern Man is a curated selection of my favorite things: books, movies, websites, apps, fashion and accessories. Every recommended product is something I actually own and use, so you can be sure it’s something I honestly recommend.

In this new edition of The Modern Man, I want to share a few of the things I’m currently obsessing over. I don’t know about wherever you are, but here in Berlin (that epicenter of all things cool), the weather is changing. The sun is setting after 9pm, the guys are wearing tank-tops and the beer gardens are full of tourists. Life is good.

It’s also been a gay ol’ time, recently. Ireland passed the world’s first country to pass same-sex marriage legislation by popular vote. And next month marks the beginning of gay pride season, with most major cities in the Northern Hemisphere hosting their international festivals and events to celebrate gay pride.

To prepare for the upcoming exciting summer season, check out my recommendations on the current coolest things to read, watch and wear this summer!

Summer Essentials for the Modern Man

Obsessed. Like seriously. Hunting Series Season 1 was a Kickstarter-funded webseries from back in 2012 and Season 2 just began this month. Watch Season 1 Episode 1 above and try not to get hooked! The comedy series tells the story of Alex, a single gay 20-something blogger in Manhattan who writes an anonymous blog about his social life and sexploits. The story is based on the one-time popular blog The Great Cock Hunt (which ran from 2005 to 2008) and basically tells the story of what I always imagined (ie, dreamed) my NY life would be like—if I actually lived there.

Check out Season 2 here for purchase through Vimeo’s Video on Demand. And if you want the unedited, X-rated version of the web series, it’s available to purchase on the official HuntingSeason.tv website. 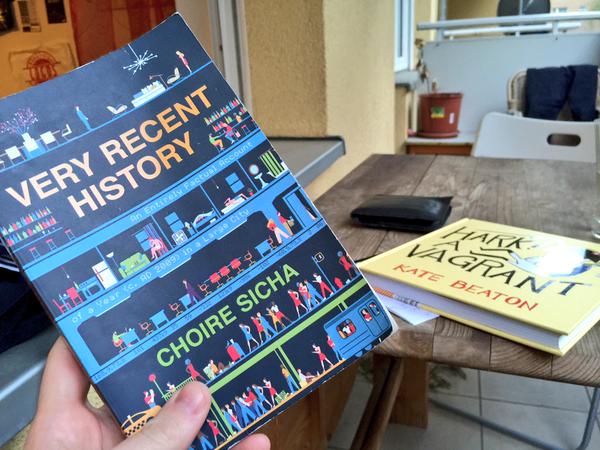 Just like the Hunting Season web series season 1 is already from a few years ago, Choire Sicha’s book, Very Recent History, was actually released in 2013. But that doesn’t make it any less relevant today. The book cleverly tells the story, again, of 20-something life in The City. (That’s New York City, if you weren’t sure.) I found the story relatable and real, following the events of the American recession in 2008/2009.

It’s a quick and enjoyable read—the perfect kind of book for the beach. Get it on Amazon Kindle for $10.99.

I’m not sure where I first heard of the Hotel Tonight app, but I’m so glad I remembered it on my most recent trip. At Chicago O’Hare airport last month, on my way to Boston for the weekend, I realized I hadn’t yet booked a hotel. Now, normally I’m not so unprepared, but after a week of road tripping in Illinois and stuffing my face on deep dish pizza, my mind was a bit mush. Using the free airport wifi, I downloaded the app, entered my destination and had a hotel booked in under 10 minutes. This, all while standing in the line to board my flight.

The app is extremely easy to use. Unlike other hotel booking websites, Hotel Tonight curates the best hotels with the best deals, only showing you a handful of options. I used it to book a suite for just over $100—and paid with PayPal so I didn’t even have to whip out my credit card.

Get the app for free on the App Store or Google Play. 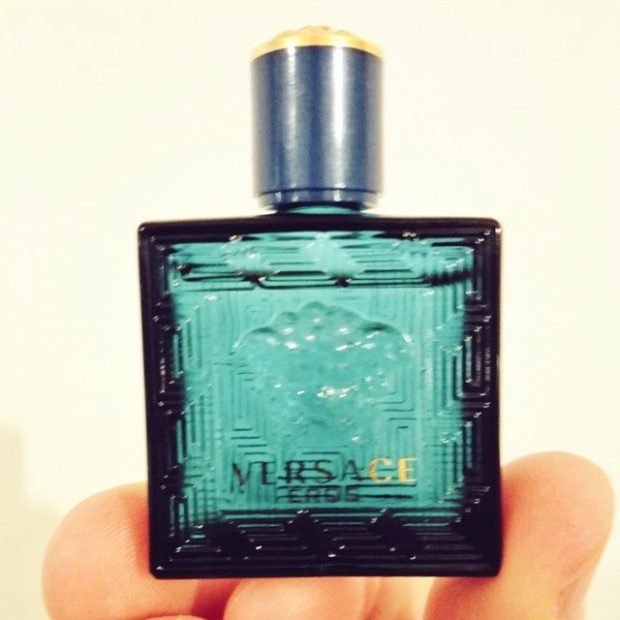 My new favorite scent! I got this fragrance in a GlossyBox I had ordered earlier in the year. It’s not an overpowering scent, just with enough sexiness to make heads turn without knowing why. Versace hasn’t released many men’s fragrances, making Eros rather unique. It’s sleek bottle and the scent is described as “fresh, woody and slightly oriental.”

You can get the Versace Eros cologne on the official website for 35€.

While in Lisbon, Portugal last month, it was hard to walk anywhere in the city without stumbling on one of these stores. Intimissimi is an Italian lingerie shop with briefs, boxers and sleepwear. I tried on a few pairs at the shop but ended up coming home with the one pictured above. The elastic-cotton material is soft, but cool—making it the perfect underwear for summer.

View their current selection of sleek & sexy underwear on the Intimissimi online shop.

The cords for these headphones are made of braided fabric which makes them nearly impossible to tangle. I was sent a pair to review by the creators and I can say without doubt that these headphones work just as they’re advertised. The cord doesn’t tangle and the sound quality is excellent. I’ve been stuffing them in my bags and pockets for the past six weeks and have yet to destroy them—which is saying a lot! 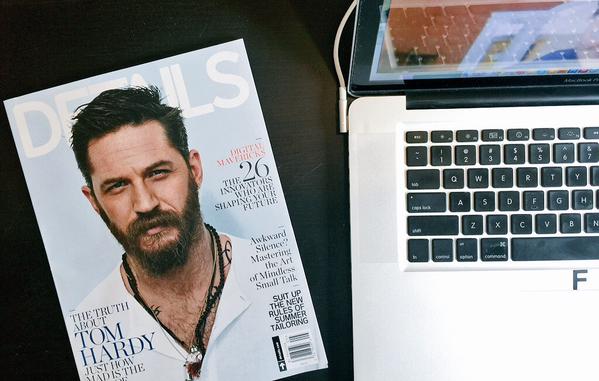 I’ve been a contributor to the Details Style Network for a few years already, but I only recently started receiving the magazine in print. Unlike other men’s lifestyle magazines, Details feels much more akin to my own personal style. The featured fashion brands don’t feel out of reach of my budget. With stories on everything from the best veggie burgers to Instagram artists, this magazine pretty much has my whole life covered.

And it’s an affordable magazine, too—at just $1/issue with a subscription. If you sign up with this link of mine, you’ll also receive two free gifts when you subscribe :)

When visiting Paris in autumn, I’d bought a few too many souvenirs (ie, cheese), so needed a bigger carry-on then what I’d left with. So I picked up this bag at a cute design shop & bookstore. It wasn’t cheap—a cool 195€—but knowing it was made from recycled materials softened the blow. It’s a sports bag and when I’m not using it to go to the gym (which is never), it’s my quick & easy weekender-bag for short trips. Freitag (based in Switzerland) makes a whole series of cool bags, all “upcycled” which if you haven’t already learned, is the new trend. And it’s practical, too—the bags are waterproof, sturdy and stylish all at once. Which isn’t always an easy thing to achieve.

Get the bag and other upcycled products at Freitag.ch.

For the Bath: Malin+Goetz

If you’re a frequent traveler, you’ve probably stumbled on this bath products from Malin+Goetz. You’ll find them in many upscale and boutique hotels, but also this handy travel pack is almost always available at airport duty free shops. They’ve got a huge range of bath & body products but I’m partial to their shampoos & conditioners. The peppermint-infused shampoo really feels fresh and rejuvenating, making me feel extra special each morning I use it.

Product prices vary, but you can pick up travel-size products from $20+ at their online shop.