Home » Europe » Spain » One Week Abroad: my thoughts so far 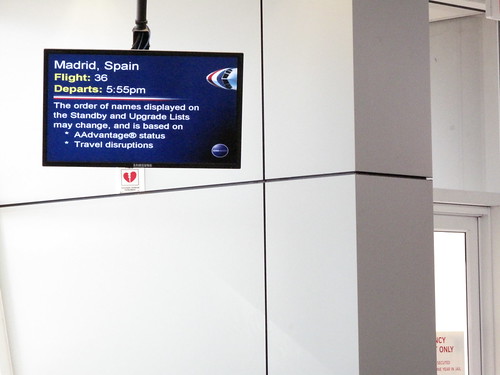 One hundred and sixty eight hours ago, I landed in Madrid. So far, so good. I’ve already made a few realizations and thought I’d share a little of where I’ve been, what I’ve done, how I’ve managed and what I’ve already learned.

iPod Touch: Pretty much the best decision ever. Free wifi (pronounced adorably “weefee”) seems to be widely available in Spain—bars, cafes or just around town. Already desperately needed it to find my hostel from the train station. The map feature works miraculously without an Internet connection (after initially putting in the directions on wifi) so it’s able to track your steps to make sure you stay on path.

FourSquare: I’ve been using the “nearby tips” feature on my iPod which gives me a good idea of what locals are doing near my current location. Plus, the people who use FourSquare are the ones most likely to share my same interests (read: hipster 20-somethings). I plan to write more about this in the future because I’ve got a lot to say on it!

Hostels: My biggest deciding factor in choosing a hostel so far has been access to free wifi. Meeting people hasn’t been hard. Beds and rooms are just fine. In fact, I had an entire dorm room all to myself for two eerily quiet nights in Valencia.

Backpack: I’ve got the North Face El Lobo 65. Haven’t had trouble carrying it around, but I’ve been stuffing my day pack inside of it while traveling via train/plane. I didn’t end up buying any sort of day pack so I’ve been using my kinda bulky (but cheap!) backpack for walking around during the day. May need to revisit that in the future. 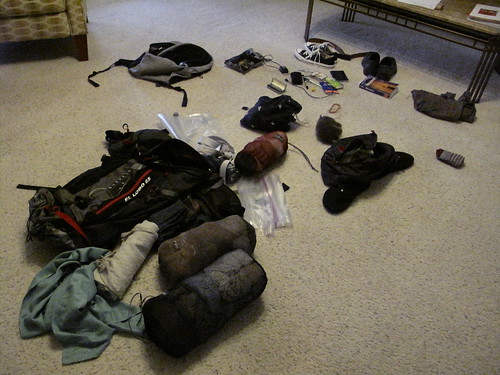 Clothing: Madrid was much colder than usual and my thickest piece of clothing was a lightweight, cotton hoodie. Didn’t really do the job, but I just escaped to the Mediterranean coast instead. Also, everyone in Madrid was dressed way better than I was. That city has got some serious sense of style.

As far as the clothes that I’ve packed, I can already tell I brought too much underwear and not enough shirts. Smelly underwear is less likely to reach the noses of those around you, while smelly shirts are pretty much in people’s range. 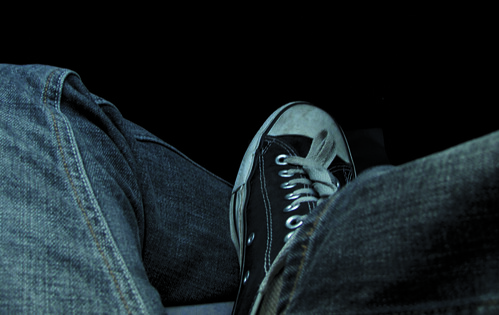 Shoes: I brought a pair of Converse sneakers and flip-flops. I wish I’d brought my running sneakers like I’d originally planned at some point though, because “going for a run” seems to be a pretty common backpacker hobby. Going to look into picking up a pair somewhere.

Language: I’m getting more and more comfortable with my very limited Spanish. Ordering meals (and drinks) has become easier, and I can pretty much communicate with most everyone—just a matter of the right hand gestures, Spanglish verbs and my limited lexicon of nouns. 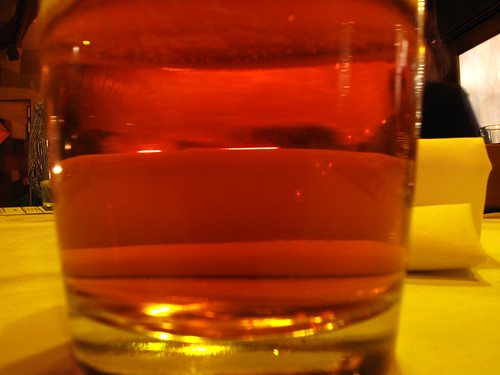 Food: In Madrid, I barely needed to order my own meals. Food was often served free of charge with my beers (or caña—small glass of cerveza). Picking up cheap fruit as snacks has also saved me a lot of money. Those are good for breakfast and snacks.

Döner: Can you believe it? I’ve only had one döner kebab so far! And I’ve been in Europe already for a week!!!

Money: I feel like I’ve been spending a lot, but I haven’t honestly checked. Two trips to the ATM for about 100€ and my credit card for trains & hostels. I know Spain is going to be one of the more expensive countries on my trip, plus it’s my first, so I’m not yet in a routine of spending less.

Blogging: Because my hostels have had free wifi (say it with me now…weefee!), it’s been pretty easy to stay on top of e-mail, the blog, etc. Scheduling tweets and posts in advance has helped, but I’ve also been checking my e-mail during the day when I find a wifi connection. I’ll try and slow down at some point with all this Interneting, but it’ll take some time. Already, you may have noticed my first FREE giveaway plus I have a few other things up my sleeves this month.

I can already tell that having this site set up in advance was a great idea. It makes me feel less guilty about all the fun I’m having. I will say this, though: I am embarrassed to tell many of my new friends about it until after we’ve hung out for a while. Not sure what that says about this or me, but it’s interesting to note how little I want to talk about it with others right now.

Sightseeing: I don’t feel like I’ve done much, but I’m sure I have. Two museums in Madrid and a lot of walking. A LOT of walking. 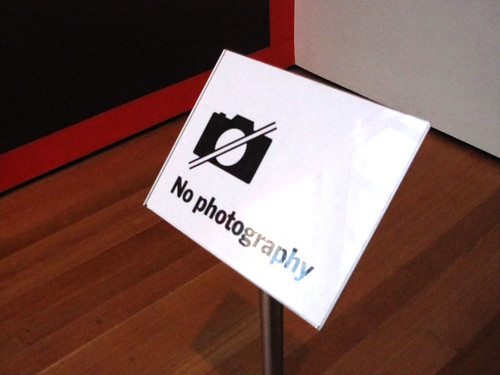 Photography: There’s probably only 75 photos or so on my camera right now. I’m really pleased with that number for a week’s worth of new and interesting places. That’s a little more than 10 photos a day. Too much more than that and it’d be impossible to manage all of them.

On the other hand, I have been out during the day without my camera and almost instantly regretted it. I need to remember to carry it with me as often as possible.

Safety: I’ve felt perfectly safe everywhere I’ve been so far. Shouldn’t be too surprising because I’ve mostly been in turistic (new favorite word, by the way—even if it’s Spanglish) places. I’ve felt fine leaving most of my belongings securely hidden and locked away in my hostels, as well. And my wallet moves between my front & back pockets depending upon my mood.

Electronics: I forgot to charge my camera before I left so I had to do that on my second day abroad. Also, I wish I’d brought an iPod wall charger since the iPod has been my most useful tool to date. Already drained the battery twice now and it’s a hassle to have to pull out my laptop to charge the iPod. (It should also be noted that I haven’t used the iPod for music once yet—just the Internet.)

Sleep: Sleeping in the hostels has been fine. Especially those two nights where I had an entire room to myself! I’ve had a few days where I’ve slept in until after 11am, which I keep kicking myself for, but at the same time I’m glad I got the rest. I needed it. There have already been several late nights so far :)

Whew! That was a mouthful. Hope you found that useful, enlightening, or mind-numbingly boring. Wombat Wednesday will resume next week—bigger and better than ever!