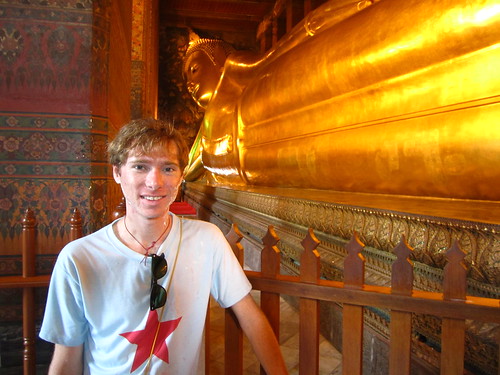 That's me at the Reclining Buddha in Bangkok, Thailand. Taken during the Songkran new year celebrations.

Three hundred sixty fucking five days. I can hardly believe it. I’m not sure I entirely believed I’d last for this long. And, actually, I was never really meant to (kind of). According to my original itinerary, I was supposed to be living & working in Australia by this point. Instead, I’m on the beach in Cambodia.

I’m not entirely sure where to begin in summarizing my one year abroad. And I definitely don’t know what to say about my future, because I just don’t know. In 52 weeks, these are some of my stats:

There’s a lot more I’ve done obviously, but it’s hard to remember everything. Check back in a few days to see a list of all the silly travel rules I’ve broken. 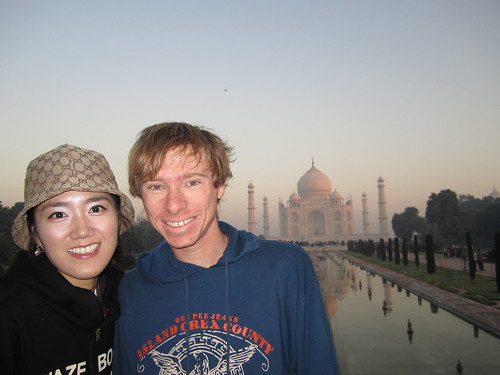 The best photo of me at the Taj Mahal (and I look terrible) and some random chick jumped in at the last second. Photobombed!

I figured the easiest way to summarize my trip will be to simply rehash some of the stuff I’ve shared on this travel blog. Obviously I’ve had a lot more memories and experiences than what I’ve shared here, and sorry, but you’re just not going to get all of them!

Since departing for this trip, this blog has seen many ups and downs. For several months, I was hardly even blogging with just one or two posts a month. I’m so glad I decided to start this blog before I left and that I’ve mostly kept it up to date and informative. It’s been an incredible tool to learn and share new things, as well as for meeting other travelers.

These are some of my favorite posts from my last year of travel, if you want to play a bit of catch-up… 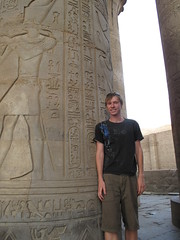 At one of about a gazillion temples I visited in Egypt. Loved being able to climb all over them, though. 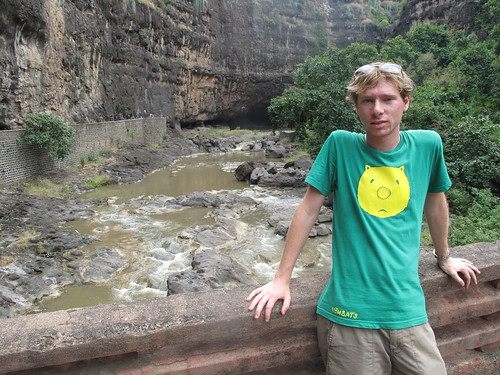 In India, I traveled a few days with two friends from Bombay to check out the famous Ajanta Caves. It was a fun trip & an amazing sight to see that many tourists skip. 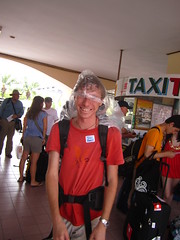 Waiting for the ferry from Phuket to Koh Phi Phi, I try out a make-shift rain cover for my bag (and my head). It was just a poncho I wrapped around my backpack.

And some other stuff…

___
New to travelsofadam.com? Adam is currently traveling around the world after quitting a job in graphic design in Boston. Follow him by (1) becoming a

RSS feed if you’re into that kind of thing; or, (3) signing up for the